Sometimes it’s hard to go back, even to Nintendo’s own emblematic series.

Out of a handful of Fire Emblem games to never leave Japan, it’s the Famicom version of Fire Emblem: Shadow Dragon & the Blade of Light that will soon be available for Switch and tactics RPG fans to enjoy. “Enjoy” might not be the right word, though. Given that this is where the Fire Emblem lineage begins, it shouldn’t be too surprising that the 30 years since have not been particularly kind. While still playable in a loose sense of the word, the quality of life and gameplay features that made Awakening and subsequent titles so satisfying and addictive are scarce; I’ll go so far as to say that if you’ve never played a Fire Emblem game, this is probably the worst place to start.

Across 25 chapters, protagonist Marth and his companions set out to retake the continent of Archanea from the Dohlr Empire, defeat the Shadow Dragon, and win battles and recruit allies along the way. The story is told in dialogue segments at the beginning and end of each map, but much more of your time is spent moving your units around each map, eliminating the opposition, and usually capturing a castle or throne to progress to the next map. Most maps allow you to choose your units before starting out, but you can’t determine their positions or select their weapons, so a fair amount of time is required just to organize your army, which is time-consuming and monotonous. 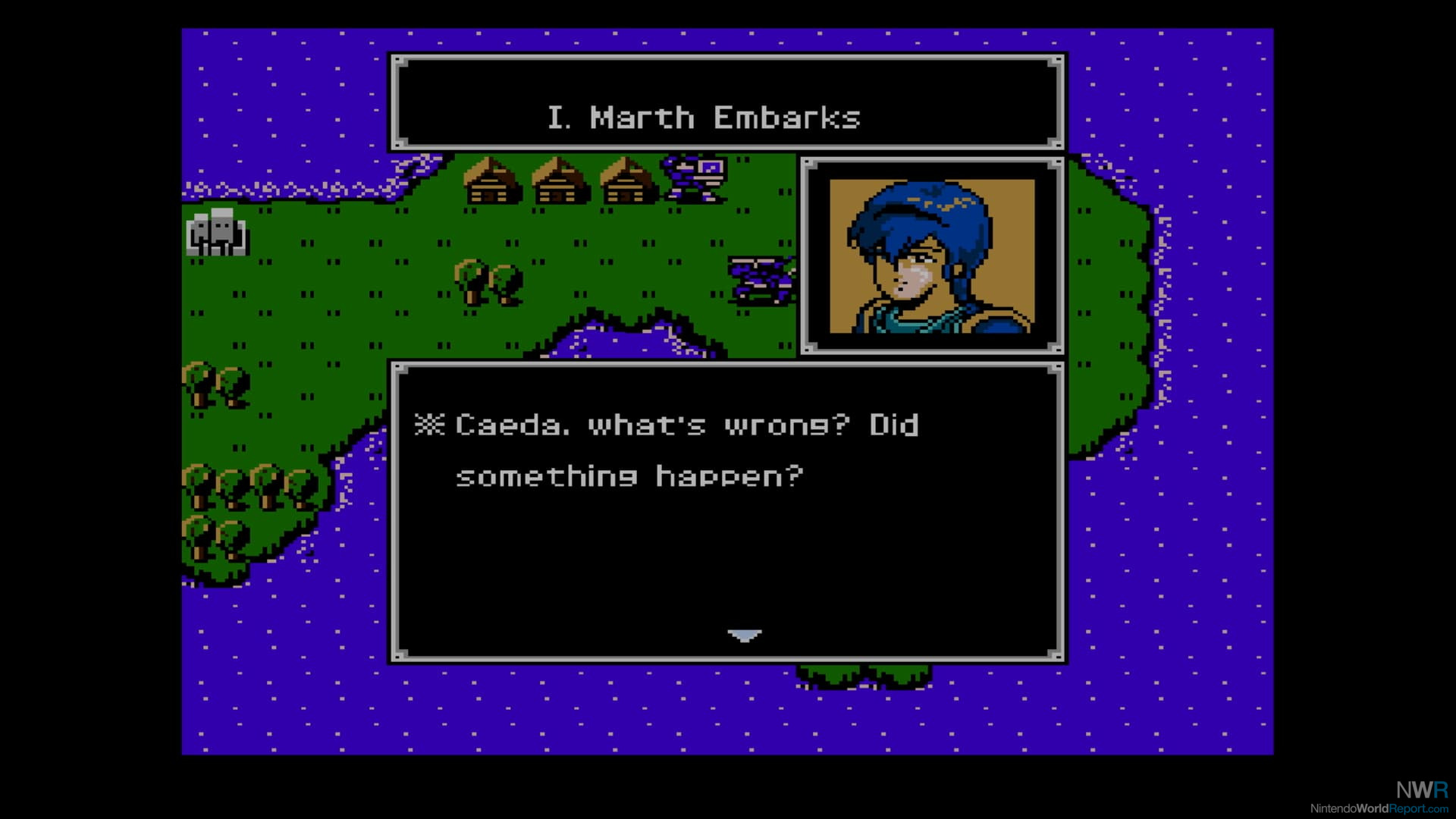 Dozens of classic NES games have aged rather gracefully—take your pick of any Super Mario Bros. or Mega Man title, or perhaps lesser known gems like River City Ransom and Adventures of Lolo. Fire Emblem: Shadow Dragon & the Blade of Light, on the other hand, is confusing and cumbersome. Because of the lack of a tutorial or manual, new players will only be able to learn through trial and error; even those who have played one of the later Fire Emblem games will need to unlearn certain aspects that just weren’t present at the beginning of the series. For example, there’s no weapon triangle, meaning swords, axes, and lances don’t have an inherent advantage over each other. Only a handful of classes can undergo promotion as well. Worst of all, movement and trading items just takes forever, even at 2x speed.

The Switch version does include a few enhancements that contribute positively to the experience. First, you can create a save state called a Bookmark separate from your game’s save file, but unfortunately only a single Bookmark is available. You can rewind up to 20 turns, which is great for times when you’ve misjudged, misclicked, or would simply miss Pegasus Knight Caeda too much if she fell in battle. There are three speed options for gameplay: normal, CPU turn at 2x speed, and all gameplay at 2x speed. I would recommend setting the latter as your default since the base pace makes the game even more of a slog. Finally, a pixel perfect display mode can be toggled on or off. 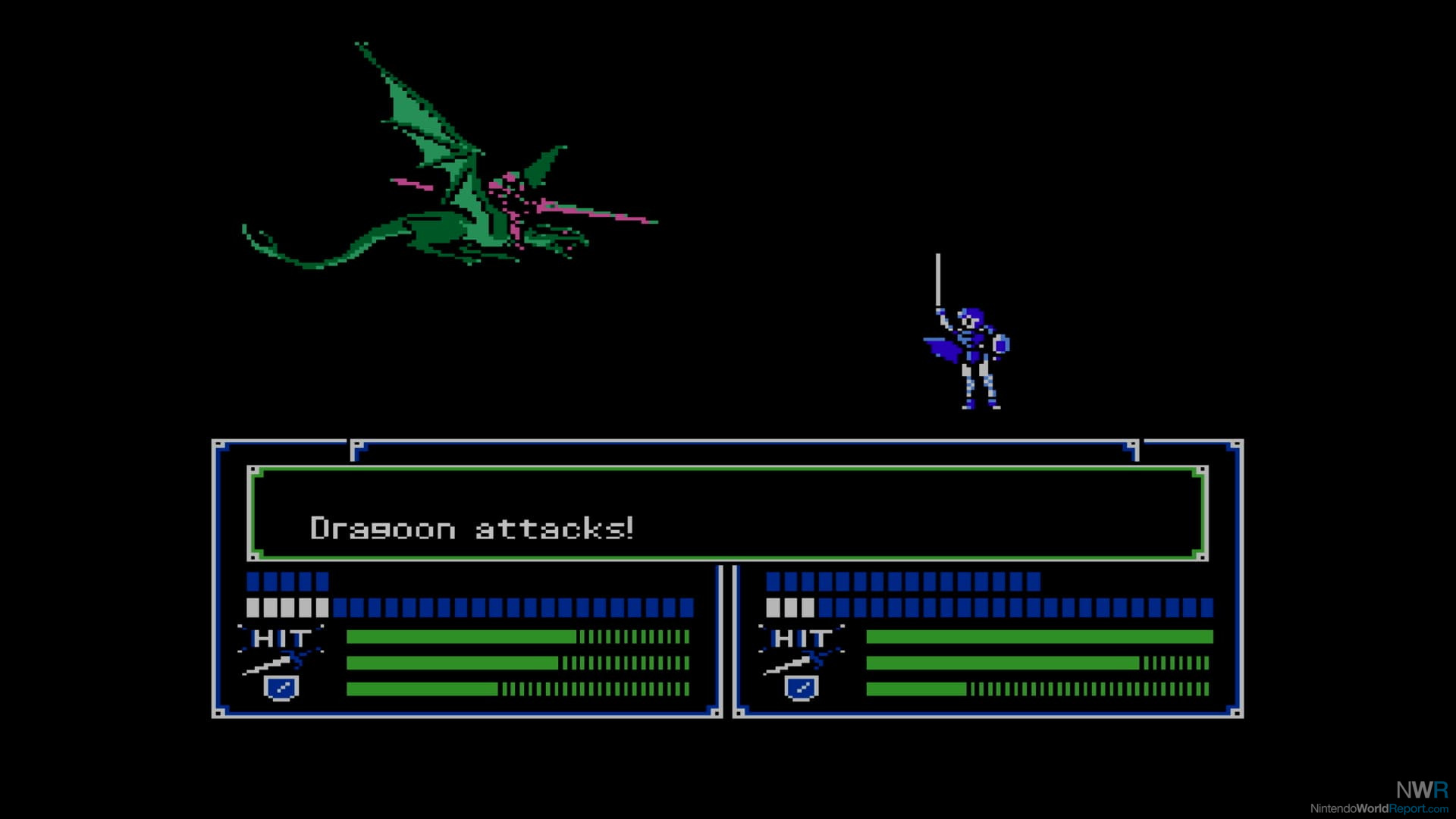 The only players who are likely to derive satisfaction from Fire Emblem: Shadow Dragon & the Blade of Light are those who have gone through every localized release so far and want to experience the very humble beginnings of Nintendo’s own tactical RPG series. As someone who has finished and loved the GBA, 3DS, and Switch iterations, I can’t wholeheartedly recommend the Famicom/NES version of the first Fire Emblem game. The DS remake, however different from the original, would be a much better way to slake your tactics thirst. Unless you're prepared for a slow and meandering, albeit decent for the time, 10-15 hours, get your Fire Emblem fix somewhere else.

It appears the special edition comes with a localized NES manual. I imagine that will be unofficially available online for people just downloading the game.