Is it the fallout that’s causing the headaches? No, it’s the technobabble.

So far as I can tell, Root Double is not directly related to the famous visual novel Root Letter: Last Answer that saw a Switch release last year. It’d be easy to make the mistake between the similar names and concepts (Mature-rated visual novel mysteries), but Root Double is far more fantastical and has a wildly different structure than most of the VNs on Switch. It’s a structure I wish more games would repeat, but the core story of Root Double left me feeling irritated. 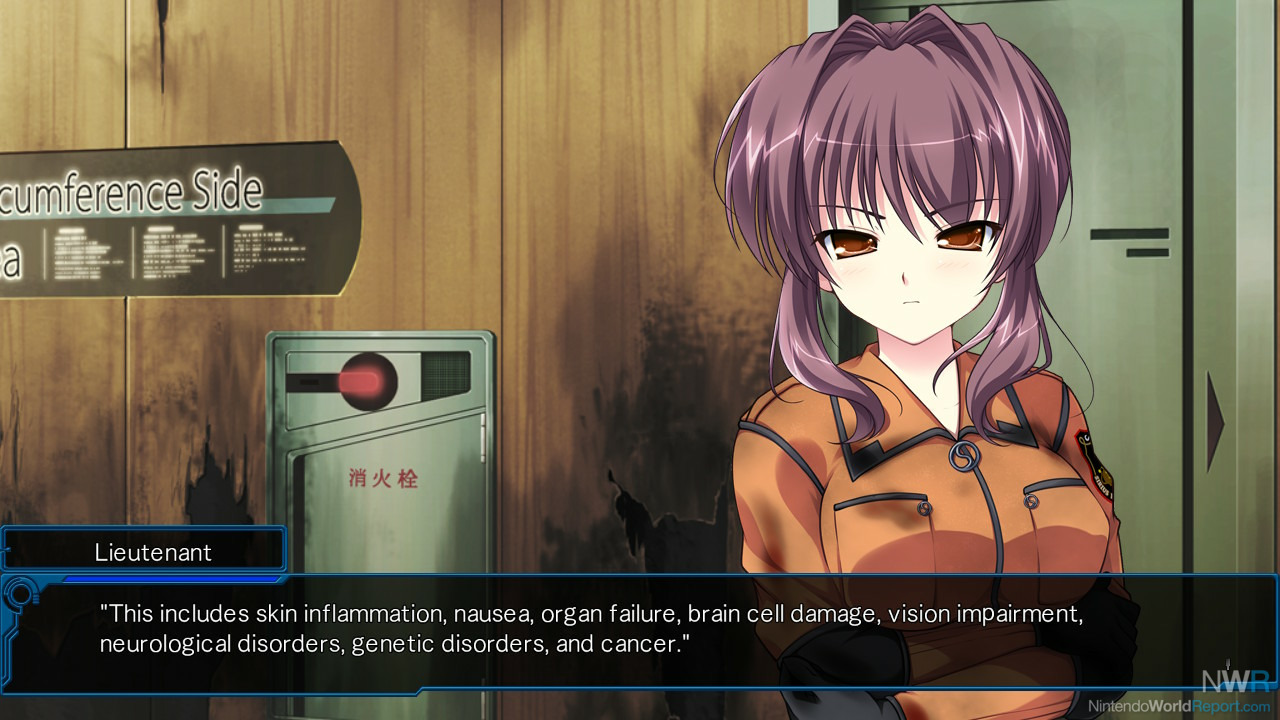 Root Double is set in a fictional Japanese city in the year 2030, in a world where people have developed psychic abilities. The plot centres around nine characters, each with their own delineated personality types and who interact over four “roots.” Each of the roots is centered around an explosion that occurs at the 6th “Laboratory of Atomic and Biological Organization” or LABO; before you ask in the comments, this was originally written in 2015-16. Two of the roots are unlocked from the start: the A root focuses on the adult characters, including three surviving members of an emergency response team, a teacher, a lab physician, and a survivor. The B root focuses on three high school students and their relationships, specifically with the survivor character, as they try to escape after running into the lab. Clearing both of those roots unlocks the shorter C and immensely long D root: D’s story if going for the golden ending will take longer than the other three combined. The road to the golden ending is always the longest in any adventure game I play, but Root Letter may be the most egregious example I’ve ever seen. It doesn’t help that the A root’s point-of-view character develops amnesia less than ten minutes in. The next story I enjoy that uses amnesia well will be the first, and the plot of Root Double essentially falls apart without it.

The main method of interaction in Root Double, and what receives a lot of hype in the eShop description, is the “Senses Sympathy System” (SSS), which is supposed to control the story by managing your reactions to characters along the way. In practice, each character has a meter, including the POV one you control at the time, and it’s having the meter in certain positions that controls if you make it to a good end or not. I usually ended up treating it as “set and forget,” which did lead to a few bad endings along the way, but there are two things that help manage it. Root Double automatically saves after every scene and keeps the last 100 auto-saves in the quick load log, meaning it’s pretty easy to get to the perfect spot to make a change. The other item comes up if you do get a bad end, as you are told exactly what needs to happen to avoid repeating it. A sample statement might be “At the last decision point, set your opinion of (subordinate) higher than yourself,” and rather than burning to death your subordinate jumps in and puts out a fire. If you’re going for max completion, the save log will also be invaluable; by my count, root A alone has about twenty possible endings. I don’t think I need that many to be satisfied; if I do, I’ll definitely need a guide. Getting the best possible end of a root does unlock the ability to jump back to any scene with any SSS settings, however, if you do want to clear the board. 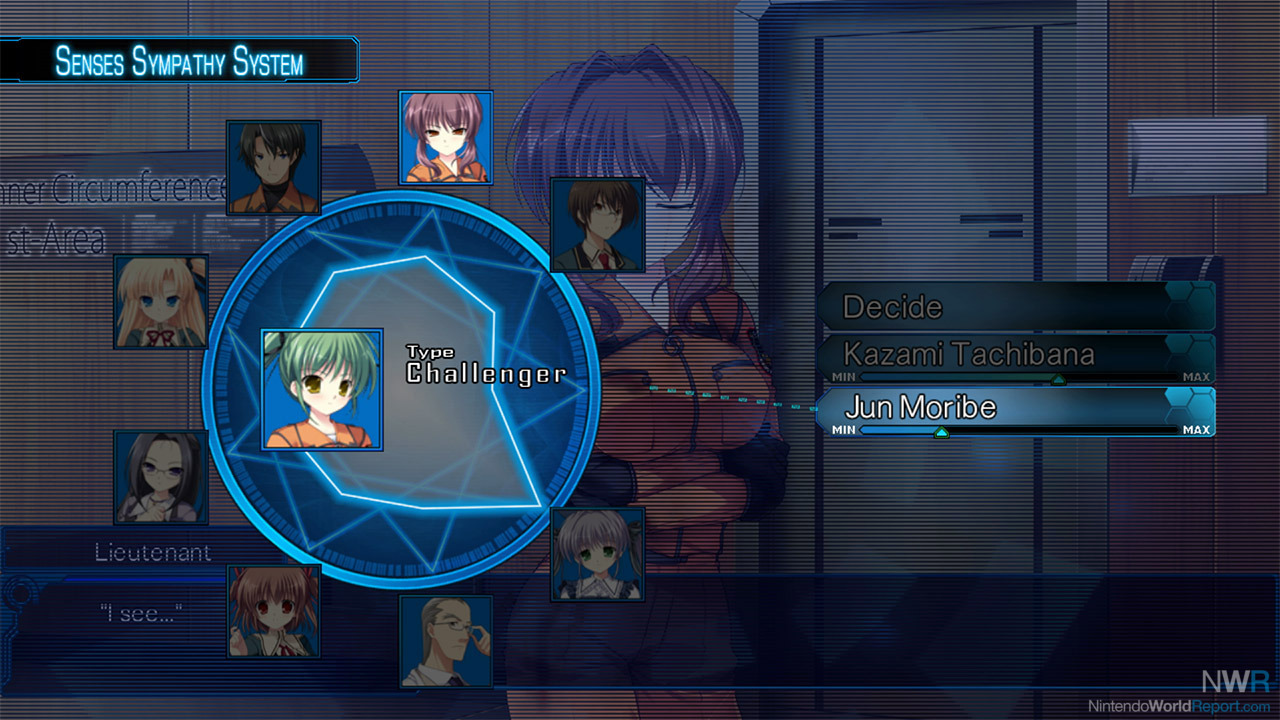 If you like filling bars and then emptying them, this is your GOTY.

Localization for Root Double was originally crowdfunded on Kickstarter, and the backers definitely splashed out enough to get a great editor. In all of my time with the game, I didn’t notice a single typo. The text might be stuffed to the brim with technobabble, but none of the text glitches I saw in the other VNs of 2020 were present either. It’s as clean a game as I’ve played all year on the technical end. The controls took a bit of getting used to for text navigation though, and I didn’t see an option to remap them.

Given its nature as a locked-area mystery, there’s not going to be a lot of environmental variety in Root Double. It’s a nuclear plant with parts in various states of destruction, so if you’re looking for blue skies and wild environments you’ll want to look elsewhere. The characters are well-sized and even appear to be talking with semi-realistic lip flaps. The music fades into the background pretty well, and the Japanese-only voice work was fine.

If you’ve got any doubts about visual novels in general, Root Double isn’t the best starting point on Switch. The structure is going to be intimidating at first, and the environment is as oppressive as the design suggests. But if you’ve gone and turned a Switch Lite into a visual novel reader, Root Double will keep you up late at night trying to get to that next ending.

A review code was provided by the publisher (Sekai Games)