Need for Speed Hot Pursuit Remastered is the newest resurgence in arcade racers bringing back the crazy crashes with less emphasized realism. This was originally released during the height of the franchise and is very much a product of its time. The reflection of game development past is represented with minimal UI and cops vs. racers action, capped off by a rap/rock soundtrack. 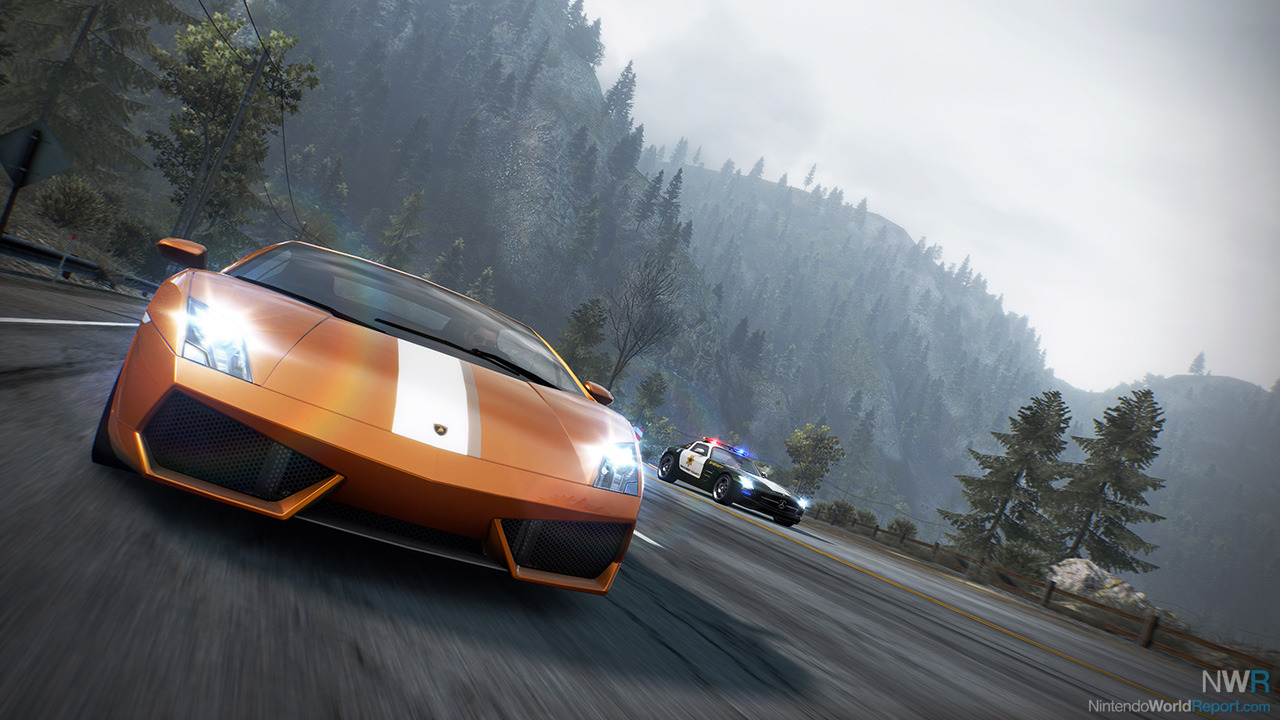 This game brings a barebones approach to Hot Pursuit with a map of nine courses filled with varying events, ranging from full races and time trials to Hot Pursuits and Police Takedowns. Most are simple races that unlock cars via a bounty leveling system. The better you place, the more bounty you acquire. A simple premise that can feel like a grind if you don’t have a car fast enough to progress. The real variety comes in the Hot Pursuit races. Nitrous Speed Boosts? You bet! EMP blasts? Why not! Spike Strips? Sure throw those in there! These abilities add a fantastic level of chaos to an already wild police chase race. Placing well in these types of races level up these abilities but not much changes there. Sadly, Hot Pursuit and Police Takedowns are the only stand out events as the other variations are basic racing faire with little to no variety.

The car unlocks are all well-known racing cars that bring stat upgrades, but there isn’t a way to up your stats besides swapping cars. Brand loyalty means little here. Being the player character, I found it bewildering that during the police races, I was often the sole focus of the police leading to several frustrating restarts, accompanied by some lengthy load times. It does have a funny feature to show your avatar when leveling up your bounty, making me giggle at a “MOST WANTED” sign with my sleepy Tom Nook avatar. It’s a nice touch. 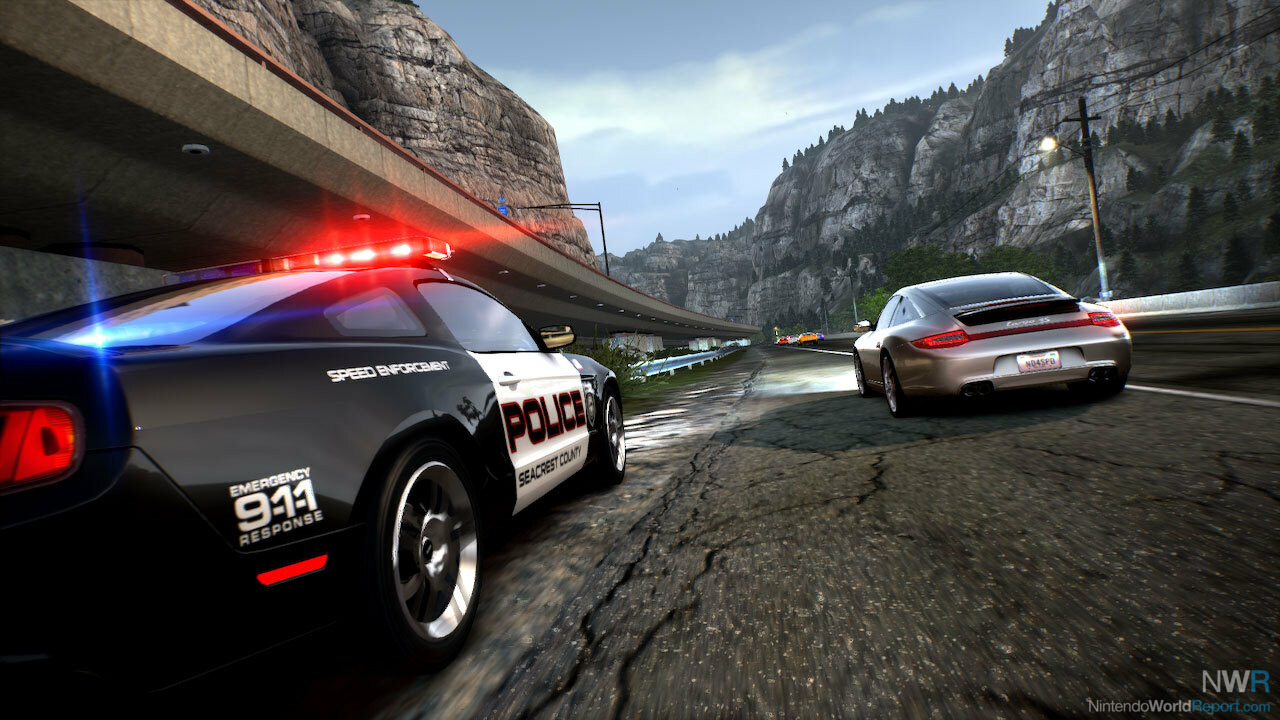 The soundtrack is a fun romp of rap, rock and EDM of 2010 bringing you back to the initial release with only six new tracks added. The game looks as it did back in it’s initial release of 2010 down to a black and white untextured review mirror that was present in the original. There’s a thought of bringing back the feel of the original but I don’t know if that was a necessary detail. Another detail brought in was the autolog feature which takes your friends lists and updates you when your friends have beat your times, and can take you directly to the event so you can try to beat their new times. It’s a neat social feature that can add a level of competition and keep the things fresh.

Need for Speed Hot Pursuit Remastered brings the classic 2010 arcade racer to the Nintendo Switch. It harkens back to the heyday of the series when they were at their peak. While it’s fun, it doesn’t bring much new to this port so It ends up feeling dated and the progression grindy. While nothing can match the chaos of a good cop chase, the rest of the package could use some updates. That being said, those looking for a new arcade racer will surely find a good time here.