A sweet treat that tastes better the more you dig in.

From the moment I booted up Cake Bash, I knew I was in for something special. The game starts with the charismatic cast of confectionaries scrambling across the screen while dancing, posing, and beating the sugar out of each other set to a cheerful track. Brought to us by ex-Ubisoft developers High Tea Frog, Cake Bash is a wonderfully fun four-player party game.

The main party mode “Get Tasty” is centered around competing in minigames for points before cashing said points in for toppings. These toppings increase your chances of victory at the end of the round. This introduces an element of strategy, as collecting three of one topping will increase how many points you get from it. The topping assortments are randomized each session and selections are first come, first serve. Before every minigame, players get the chance to vote for what or where they’re playing next within a limited amount of time. This is a wonderful feature, as it allows for quick rounds where players get to choose their favorites. Get Tasty typically lasts around 20 minutes, making it a fast and enjoyable experience. 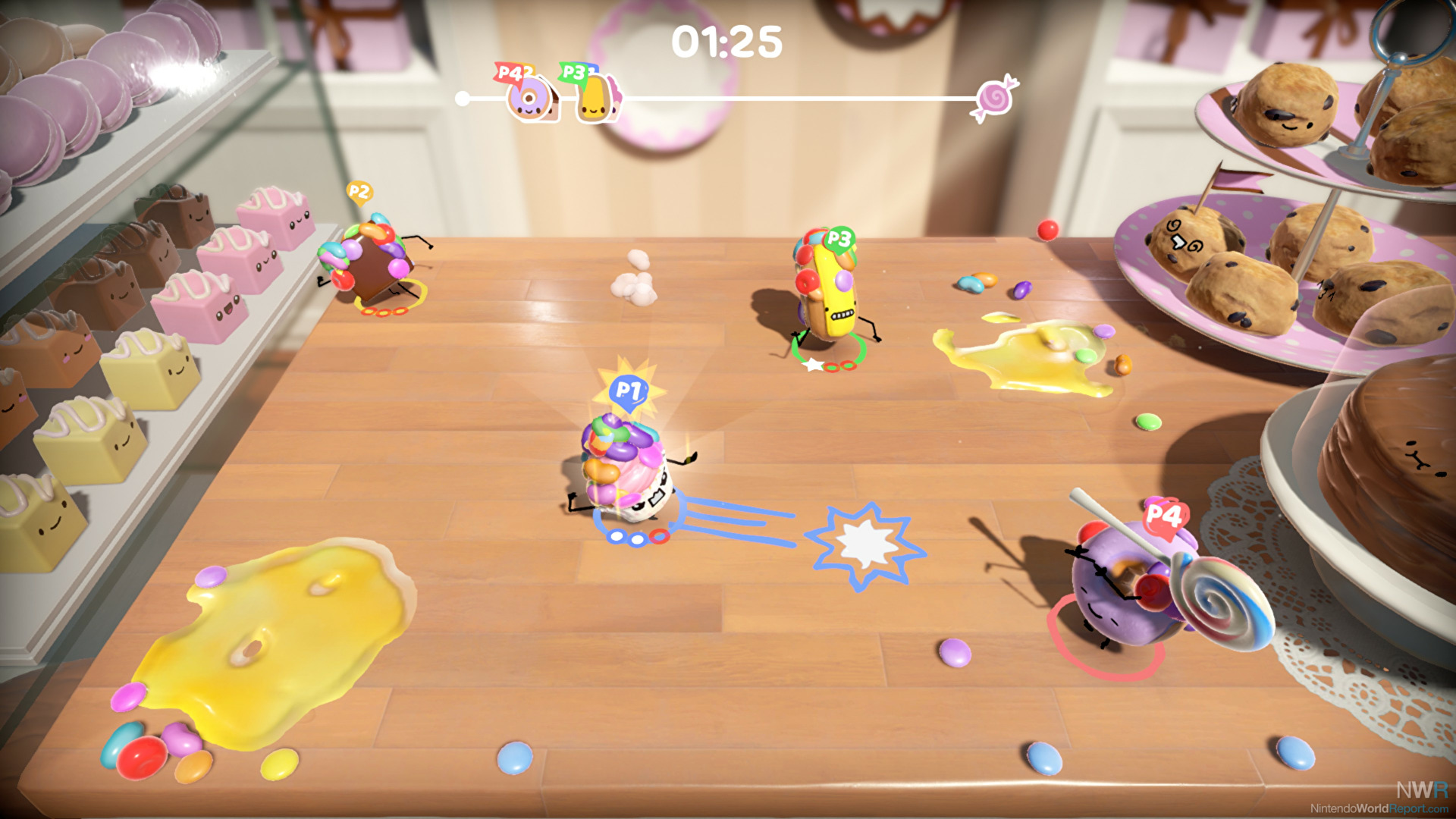 Every minigame is a simple affair based around different objectives. One match you may be dodging crabs and collecting sprinkles, while you may be competing to see who can decorate cakes the fastest in the next. From roasting marshmallows to stacking ice cream scoops, High Tea Frog has created a fun baker’s dozen of minigames. They feel straight out of a lost Mario Party that never saw the light of day. After playing a minigame in Get Tasty, it’s forever unlocked in the free play “Recipe” mode. This mode is a godsend since it allows you to just pick your favorites at any time.

Though Get Tasty is an almost infinitely replayable mode, it still stings that there’s no single-player campaign. Cake Bash is a game that thrives around couch co-op, and at the time of this review, that’s incredibly infeasible for most people. However, the developers had the foresight to include online play, which is close enough for the time being. Unfortunately, Cake Bash does not currently support cross-console online play, but players still have the option of making friend lobbies or searching for random opponents who also own the game on Nintendo Switch. A fair warning, however: match”caking” as the game so cutely calls it, takes longer than one would expect, so try to group up with some buddies if you can. Connections are pretty stable with online opponents, but I have been the victim of being randomly booted out of lobbies on rare occasions. 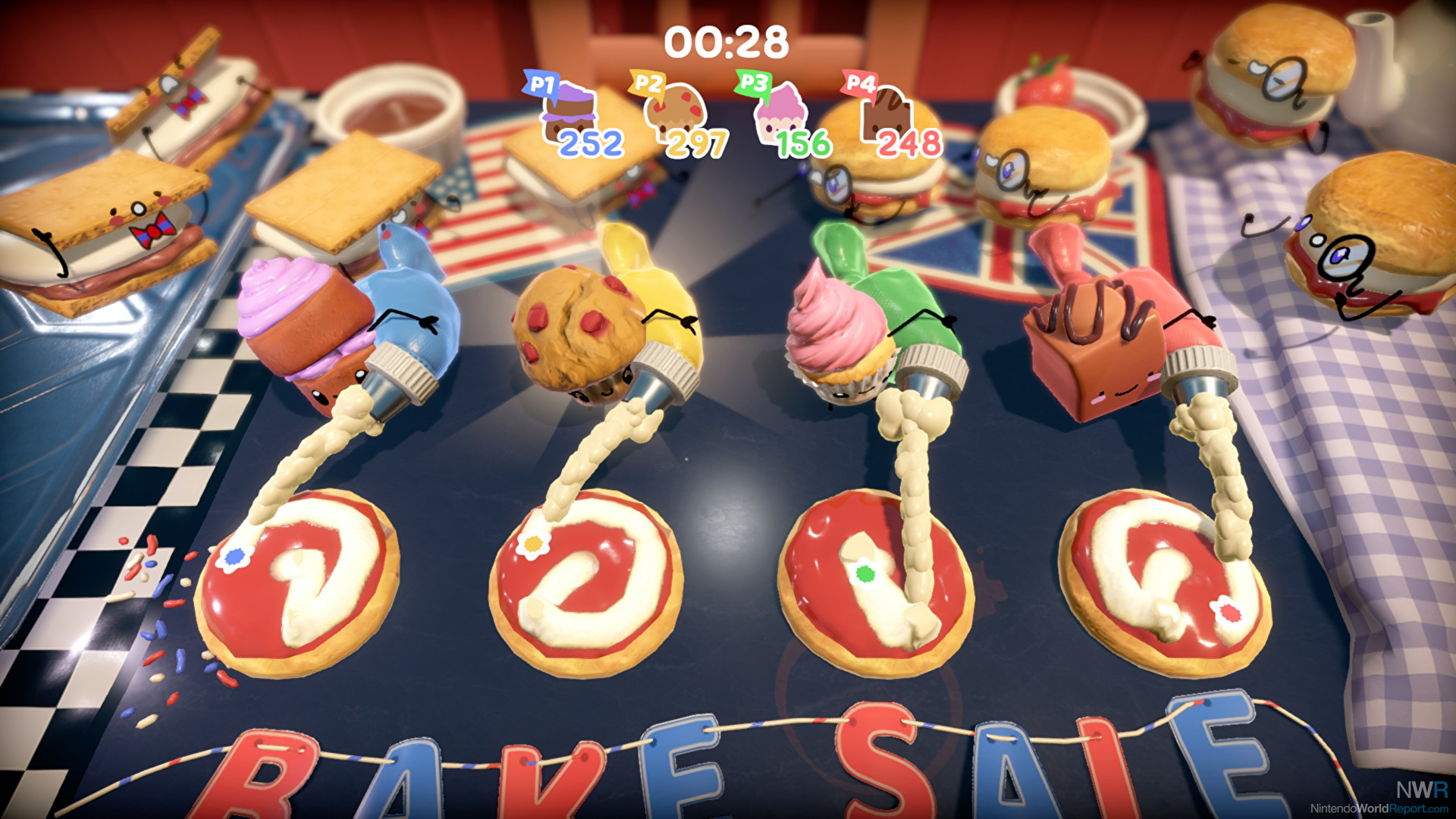 Every character and locale in Cake Bash is absolutely adorable. The game has a beautiful blend of realism and cartoony aesthetics. The lifelike treats sport animated faces and appendages, all while battling it out atop tabletops that feel straight out of the café down the street. All of the HUD elements are reminiscent of doodles and papercraft, which never ceases to make me smile. Cake Bash uses a unique aesthetic that doesn’t have any demand for intensive graphics. I never encountered stuttering, frame drops, or slowdown during my time playing.

The music featured in this game is a sheer delight and complements the action on-screen perfectly. Jaunty, string-heavy tunes are littered throughout and contribute greatly to the game’s cozy atmosphere. 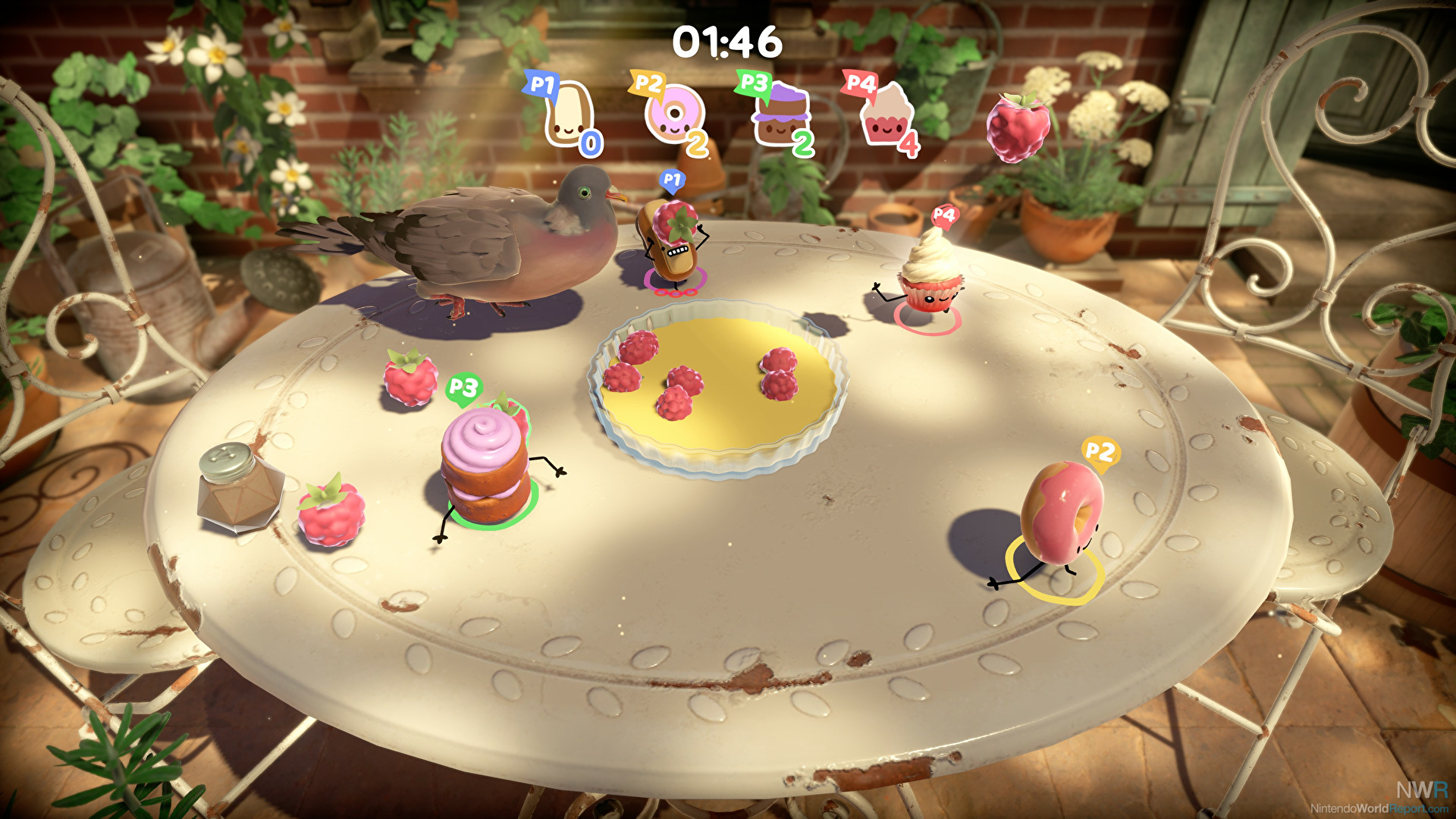 Overall, Cake Bash is an immensely charming experience that may or may not be worth the price of admission depending on the individual. I, for one, will absolutely be busting this treat out at parties once the opportunity arises.