Let me get this out of the way off the top: Star Renegades is an excellent turn-based roguelite with deep and compelling combat and decision-making, but its performance on Switch severely hampers the overall experience. When the phrase “one more run” refers not to dying in game and starting over from scratch but instead means the game crashes and you’re booting it up again from the Switch home menu, that’s a major issue.

That said, the game itself is a gem; I mean, just look at that incredible pixel art! As the name implies, Star Renegades involves space, aliens, and inter-dimensional travel, as a robot, J5T-1N, is sent back to warn a band of rebels about the imminent destruction brought about by a group named the Imperium. The set up is reminiscent of films like Groundhog Day or more recently Edge of Tomorrow, where failure to complete a run through the game sees J5T-1N travel to a new dimension in the hopes of using that new knowledge to improve your chances on the next run. While the story does feel like typical sci-fi fare, it lends itself well to the roguelite mechanics. 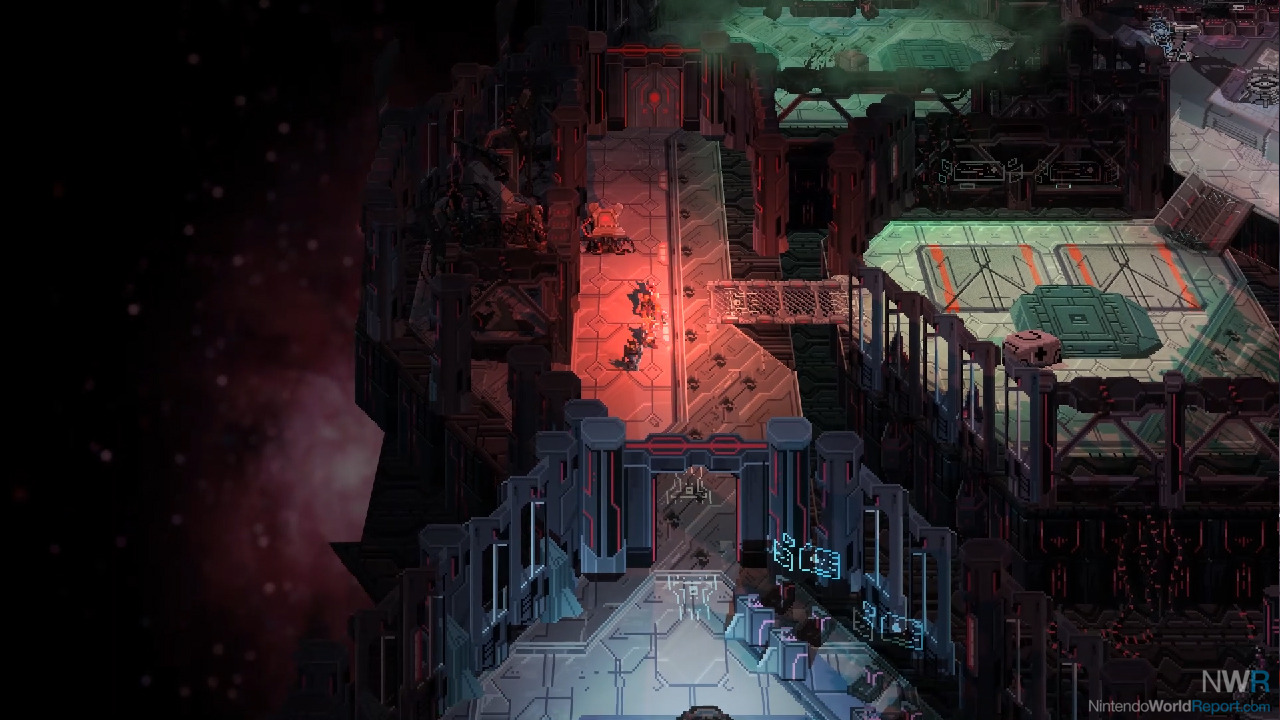 Every new run begins with your choice of three heroes, with more to unlock using points earned as you play. They fall into different classes such as Empath, a magic-based support, Valkyrie, a front-line damage dealer, and Saboteur, a class that can stun and knock back enemies. Every character feels unique, and so composing an initial party of three and growing it even more makes for meaningful choices and strategizing. When your squad is ready to set out, you start at a brief warm-up area before taking on three different planets and eventually the Imperium themselves.

Primarily, gameplay consists of two segments. In the first, you navigate a zoomed-out map of the planet that is divided into smaller territories. Within each, you’ll usually find an enemy encounter, which plays out in turn-based combat, but more on that later. You will also come across landmarks that provide flavor text, item boxes that allow you to choose one from three pieces of equipment, health restoration sites, and even experience points and credits just sitting there for the collecting. Also in this top-down portion is a day-night cycle, wherein you can unlock three territories each day before needing to camp for the night. Moving around during the day provides different paths for you to take, but many end up being locked down as your three-day time limit ticks away, so you need to plan ahead. 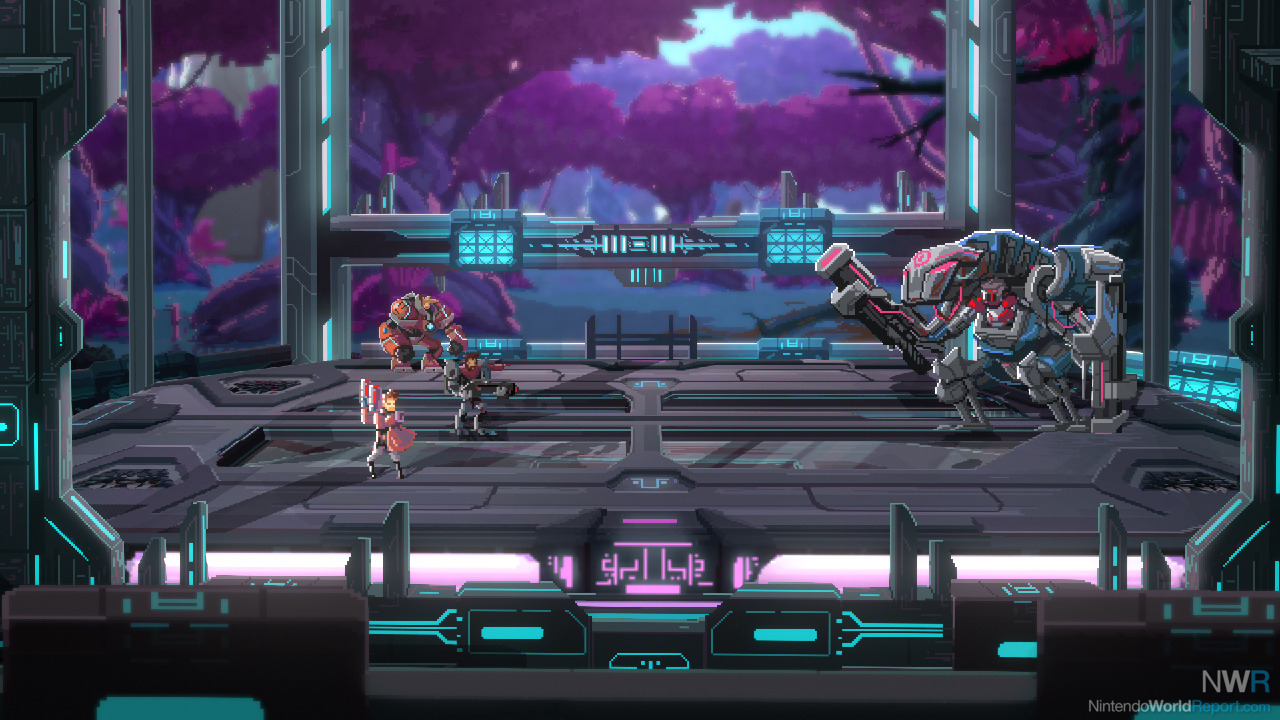 At night, you have five action points to spend on playing cards that grant temporary attack and defense bonuses, restore missing health, or permanently increase your shields, for example. Every party member has their own cards and earn more as they level up. Playing cards to buff your teammates also increases a relationship meter between them, and hitting milestones on that meter can raise the stats of those characters and even open up devastating combo attacks. You can also open up brief dialogue cutscenes through the relationship mechanic that help to flesh out the world and the motivations of the characters.

The other half of the game is tactical turn-based combat, and Star Renegades does not disappoint in this area. The most important element of each fight is the turn indicator at the top of the screen that shows when friend and foe alike will be taking an action. Different abilities will go off at different points in the meter, but you can see when your action will happen before selecting it. If you’re able to land an attack on an enemy before they act, you’ll score a critical hit, but the same is true for them. Many attacks also have the power to push back enemy turns, and if you successfully push them all the way off the timeline, they won’t be able to act that round. Almost all combatants on both sides have shields, armor, and health meters that need to be whittled down or preserved to emerge victorious. If one of your squad happens to fall in battle, they will be resurrected after the fight, at the expense of a permanent debuff for the remainder of the run. 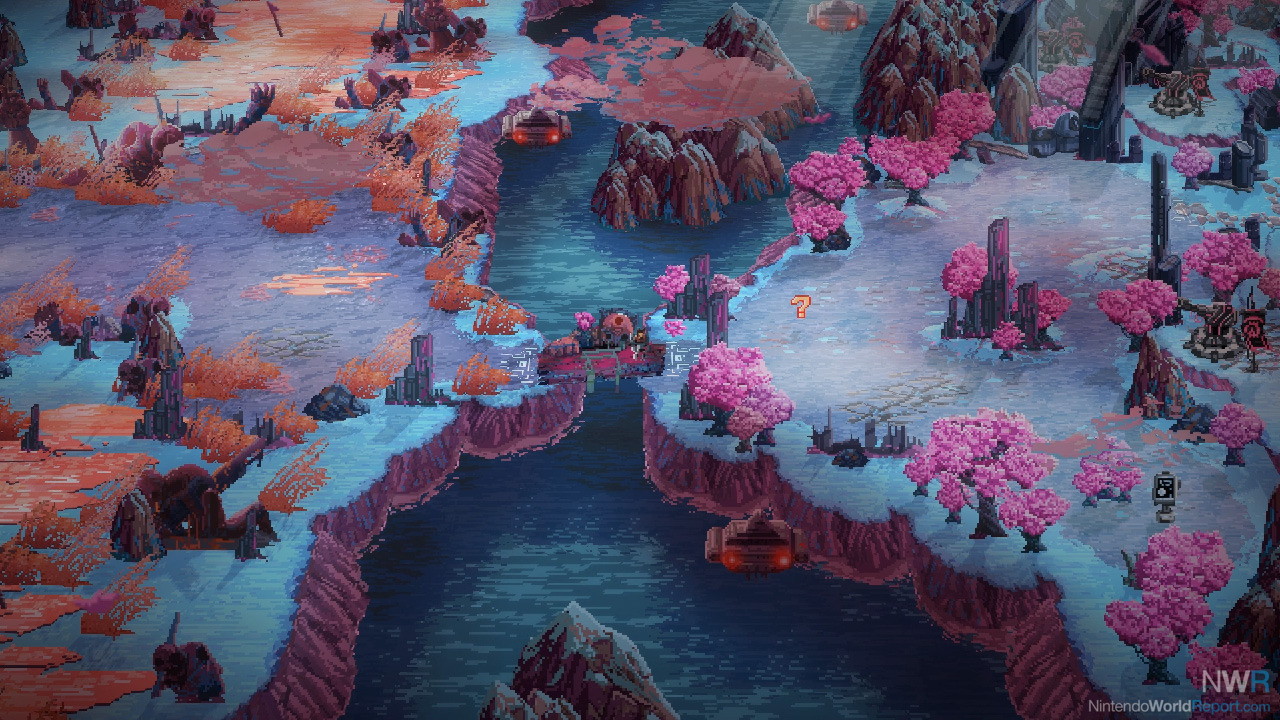 Like the Nemesis system of Shadow of Mordor, Star Renegades’ Adversary system rewards enemy commanders who successfully halt your progress or escape an encounter with you. On subsequent runs or meetings, these enemies will remember you and be even more deadly. At multiple points in the game, you’ll be given a look at the collection of Adversaries awaiting you on each planet, and this view allows you to scout ahead to discover their strengths and weaknesses. The Adversary system and procedural generation of the game work well in tandem to provide longevity and variety.

While there’s no doubt that Star Renegades can provide a fresh and satisfying experience, it isn’t likely to do so on Switch. The performance issues are far too much to overcome at present. Constant frame rate dips, frustratingly small text, and game-halting crashes make this version of the game very much a wait-and-see proposition. A Day 1 patch is in the works, but it will need to do some heavy lifting to salvage what is ultimately an unplayable game in its current state. If you have access to the Xbox or PC version of Star Renegades, it’s absolutely worth picking up. Switch players should avoid this version for now, however. Fortunately, the developers have indicated long-term support for the game, so keep an eye out for updates in the meantime. You’ll definitely want to live, die, repeat, but ideally in the game, rather than playing crash, reboot, reload with your Switch console.