I’ve been a city building and management sim devotee for quite some time, cutting my teeth on SimCity and Civilization 2 ages ago. Somehow, in spite of there being half a dozen entries, Tropico 6, the latest in the series, is my first foray into the Banana Republic development sim. There’s always a power fantasy inherent in acting as a solo operator in developing a population, but the allure of also being a despot leader of a small island nation-state was a wrinkle I was eager to explore.

There are three primary game modes: Tutorial, Missions, and Sandbox. The tutorial is pretty robust, with five total chapters that give a step-by-step instruction of how to interface with the game as well as describing the different systems. Missions are individual scenarios with specific win conditions that must be met before moving onto the next. While these missions are a nice way to chunk small slivers of the game into bite-sized pieces, it isn’t personally the way I like to play my sims. Sandbox is the real meat of Tropico to me, an open-ended, build-your-own island nation where I could be the architect of my own flourishing nation or failed state. 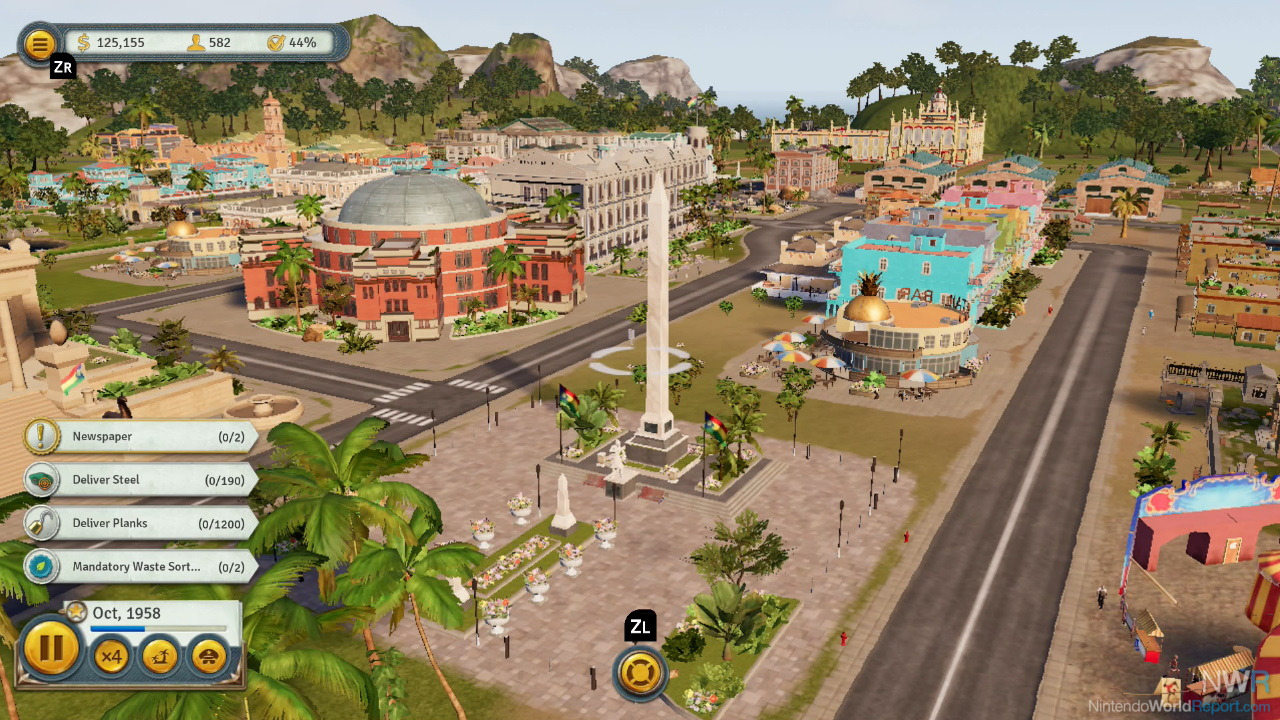 As Governor of a colony under the crown’s control, you must steward your small colony from revolution to modern times, with each period having preconditions that must be met prior to progressing to the next era. At the start, you’re weighing allegiances with the crown who controls how long you have an edict to rule, and revolutionaries that seek to overthrow the crown and elect you as el Presidente! The crown’s tasks that allow extensions to your rule typically involve building revenue generators such as mines, plantations, or other buildings that extract resources that you can export on trade routes to profit the empire. Revolutionary tasks tend to focus on improving the general welfare of the people with buildings like churches, taverns, or other areas of leisure.

There is this great contrast where the land real estate isn’t all that great on your island, but you can tweak inputs at a pretty granular level. Each facility has individual citizens listed at buildings that employ them, of which you can adjust a work mode between a level work week or more taskmaster settings that might improve output at the cost of worker health, and amend the place’s budget, which affects not only the cost of upkeeping it but also wages and job satisfaction. You can go into even more specifics by selecting individual employees, and this gives you options like firing them and replacing with immigrant workers, bribing them, assassinating them, arranging an “accident in the workplace”, arrest, or even institutionalizing them if an asylum is built. 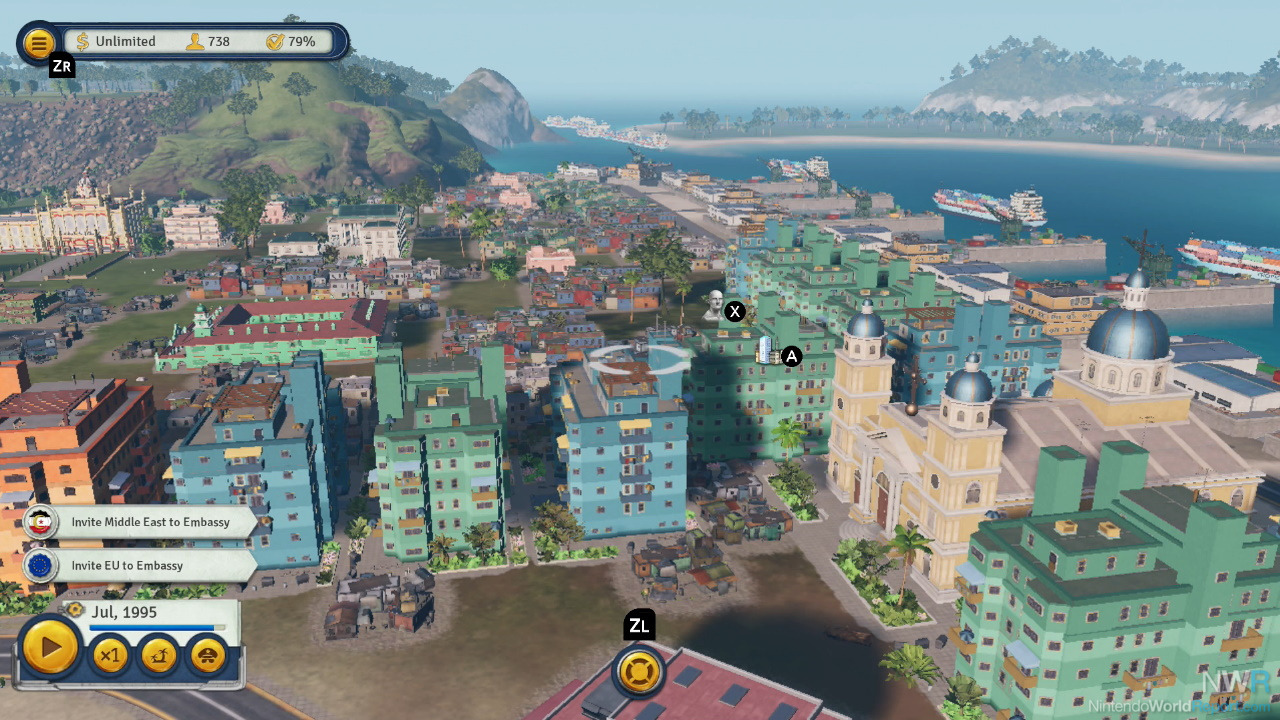 Tropico 6’s port to Switch has been mostly successful in making it a solid option for all your tropical machinations. The controls, namely, are mostly positive. Most of the options like constructing buildings, creating trade routes, viewing the almanac that shows various metrics of success, among others, are tied to a radial menu that’s easy to navigate. There’s a nice and easy grid to follow when placing down buildings or roads. It all feels very intuitive; the only minor gripe I have is the default cursor moves a bit too quickly for my tastes, but thankfully that is one of several options that can be tweaked. Additionally, this port undeniably has taken a hit graphically from its PC and other console counterparts. It’s a worthy trade-off in my opinion, but fair warning if having the sharpest visuals is important to you.

Tropico 6’s port to the Switch is a full-sized city building and resource management sim in the palm of your hand, which is the only way I want to play this genre anymore. The relatively quaint scope in comparison to the Civs of the world and the focus on more micro inputs to influence your nation is refreshing, and what compromises were necessary to make it here were well worth it.