A unique karting experience that’s a few laps (and racers) short of a Grand Prix.

Playing, let alone reviewing, Mario Kart Live: Home Circuit requires a very specific set of circumstances. While many townhomes, condos, and apartments will have the space and means to create workable courses, getting the most out of Nintendo’s latest AR toy almost requires that you have a single large space, easily moveable furniture, and children or youths who are young enough to enjoy the track creation and simplified Mario Kart experience but old enough so that they aren’t just walking—or crawling—around like Godzilla. There is definitely nothing like Home Circuit that I’ve ever seen before, but a fair number of hurdles make fully enjoying it feel like getting Mushrooms while you’re in last place.

Opening up the box provides you with all the pieces you need to build a track and start racing. Inside, you’ll find four gates, two arrow signs, a Mario or Luigi kart, and a charging cable. The instructions in and on the box are quite brief, but they direct you to download the game itself, at no charge, from the eShop. As it turns out, the in-game tutorial tells you all you need to know about creating a course, setting up the gates, and playing the game. The charging cable is annoyingly short, under a foot in length, and you are encouraged to fully charge the kart before first playing, but after that it isn’t long before you’re hitting the road on the track of your own design. According to Nintendo’s support page, the battery life of the kart is 1.5 hours while racing at 150cc, and I never had a session where I ran out of power. 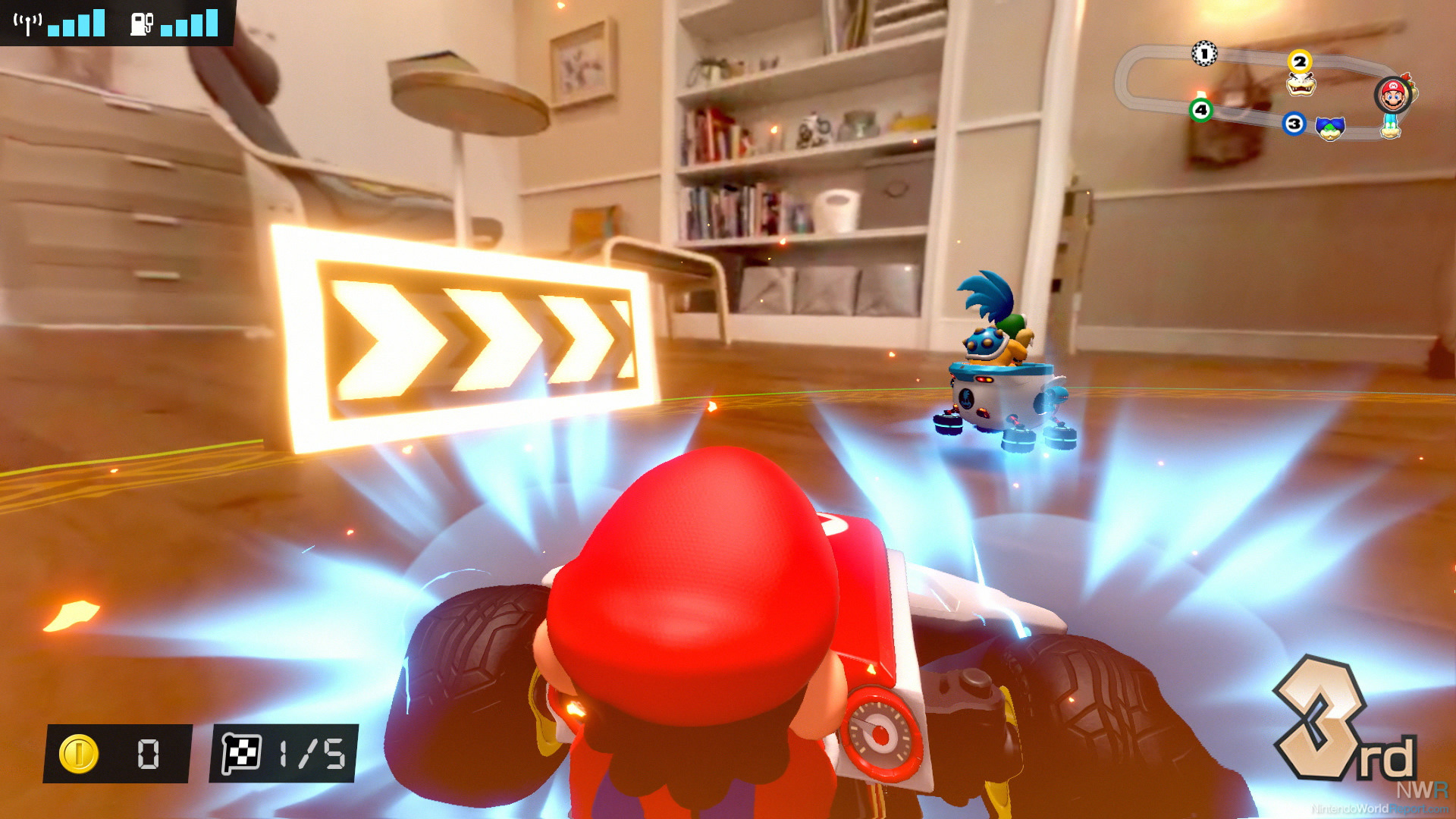 In single player, there are options for Grand Prix, where you race against four Koopalings, Time Trial, and Custom Race, which is where you can use environment themes and checkpoint themes you’ve unlocked to customize the track you’ve laid out. For example, you can use an underwater theme that will have cheep-cheeps dragging a trail of coins behind them or a snowy theme with icy tornados to impede your progress. The desert theme features gusts of wind that actually push your kart off course, which can make for some really challenging tracks. As you play, you unlock new themes for the four checkpoints as well, and so you can add P-switches that spawn coins, pipe structures that produce a steady stream of item boxes, and even magnets that pull you to the center of the gate. Between customizing the music that plays, the appearance and mechanics of the gates, and the overall environment, the amount of variety offered by Mario Kart Live is sky high. And yes, ramps do work; just don’t let Mario or Luigi leave the ground for too long.

Multiplayer for up to four karts is possible, but it requires that you own extra Luigi or Mario karts. Curiously, the in-game tutorial also advises that players sit close together during multiplayer sessions to maintain a good connection. Grand Prix and Custom Race are available here, too, and the setup seems pretty straightforward: one player hosts a local game and the rest join it. There’s no online multiplayer, nor can you capture screenshots or videos while playing, which is unfortunate given how many potential cat, dog, and baby videos will go unshared as a result. The barrier to entry to playing with friends is high considering each needs their own kart, and so it’s worth keeping in mind the $200+ it takes if you have more than one person wanting to play simultaneously. 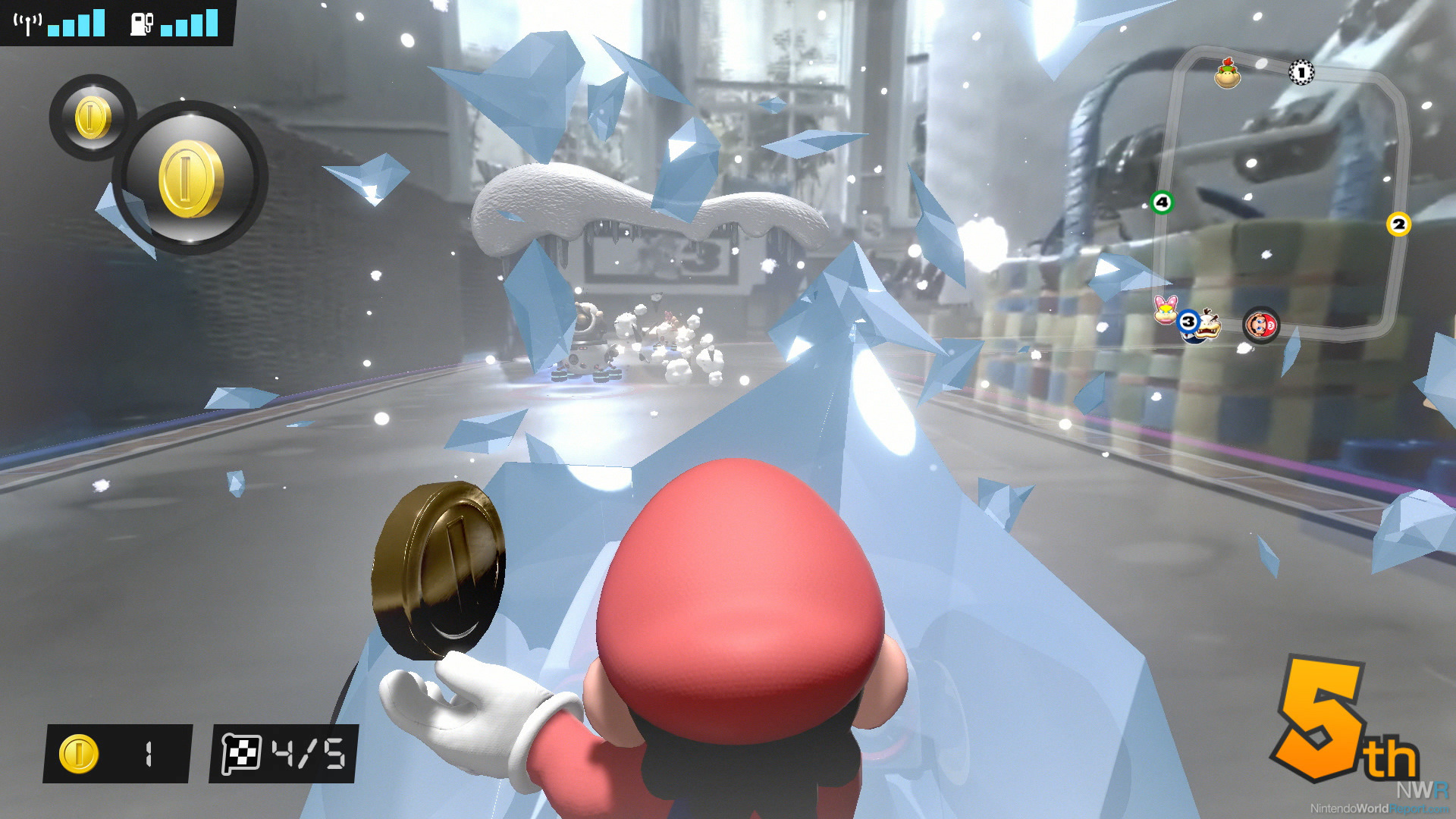 As you earn trophies in Grand Prix, you also open up new speed classes after the initial 50cc and 100cc. 150cc, 200cc, and even Mirror Mode eventually become available, with the difference in how fast the kart moves at the higher classes being substantial. I attempted to run through a short course at 200cc on carpet, and the results were disastrous as I careened into my four gates one by one, altering the landscape of the track beyond recognition. The computer-controlled opponents are no slouches either, but the real test is how well you can navigate the course you’ve created. Even though Bowser Jr. won’t be slamming into the leg of your coffee table or picked up by a toddler, he will have access to the same items that you do and be susceptible to the in-game hazards.

Familiar courses and music give the presentation of Home Circuit that authentic Mario Kart feel, but the races themselves aren’t nearly as exciting or dynamic as those found in any of the recent iterations. With a smaller item pool, only four opponents, and track elements like jumps and water effectively out of the equation, the minute-to-minute driving on the Switch screen might lack staying power, especially for solo players. Having an audience, building courses with family and friends, and if possible racing against other karts are the experiences that genuinely make Mario Kart Live worth picking up; however, these situations may not be readily available to everyone. It does feel very much like a toy, rather than a game in this way, and some of the specific use cases go against the versatility of the Switch itself. 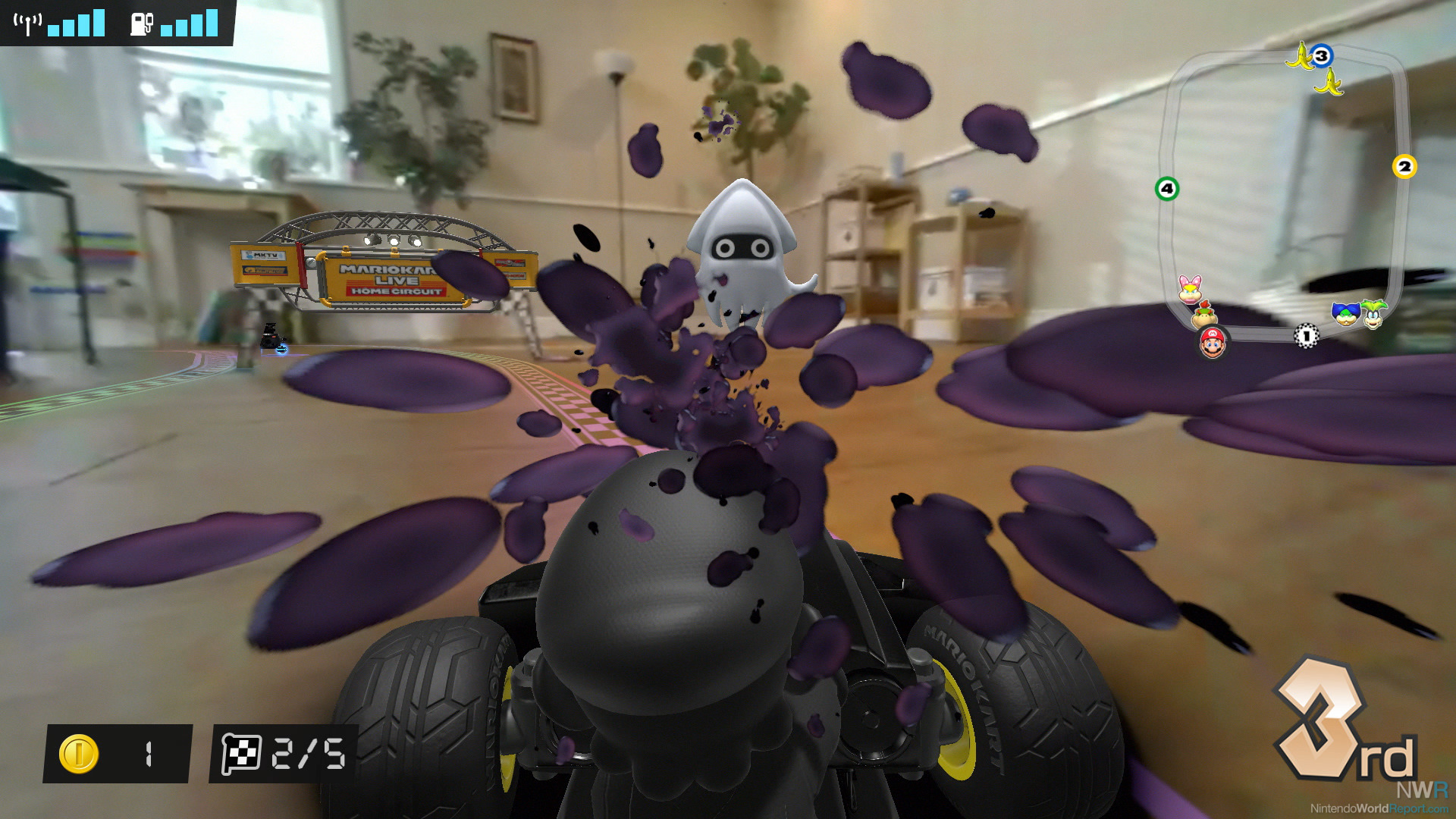 After waving the checkered flag, there will definitely be racing fans who find hours and hours of entertainment in Mario Kart Live: Home Circuit. There may be just as many, though, that open up the box and begin setting up the game only to find that their home just isn’t a great fit or they don’t have others around to enjoy it with. Without question, its novelty is charming and it makes a stellar first impression, but the experience can start to seem shallow the more and more laps you make around the track. If you have a good amount of space and flexibility where you can play, Mario Kart Live is a neat and well-functioning toy, but diehard Kart fans are likely to be left in the dust not long after the race begins.

The lack of characters to choose to race as is also a drawback too, (but HOPEFULLY they'll come out with more. I always play as Donkey Kong and really want them to put out a DK set for this game in the future).