Bad name for a great game.

Metroidvanias are a beloved genre that combine sprawling maps that encourage exploration while often still presenting a gated progression. In this vein, we have Batbarian: Testament of the Primordials, brought to you by the developer Unspeakable Pixels. This quirky and funny 2D side-scrolling action game brings the charm of the SNES, but adds enough humor to exude a strong personality. 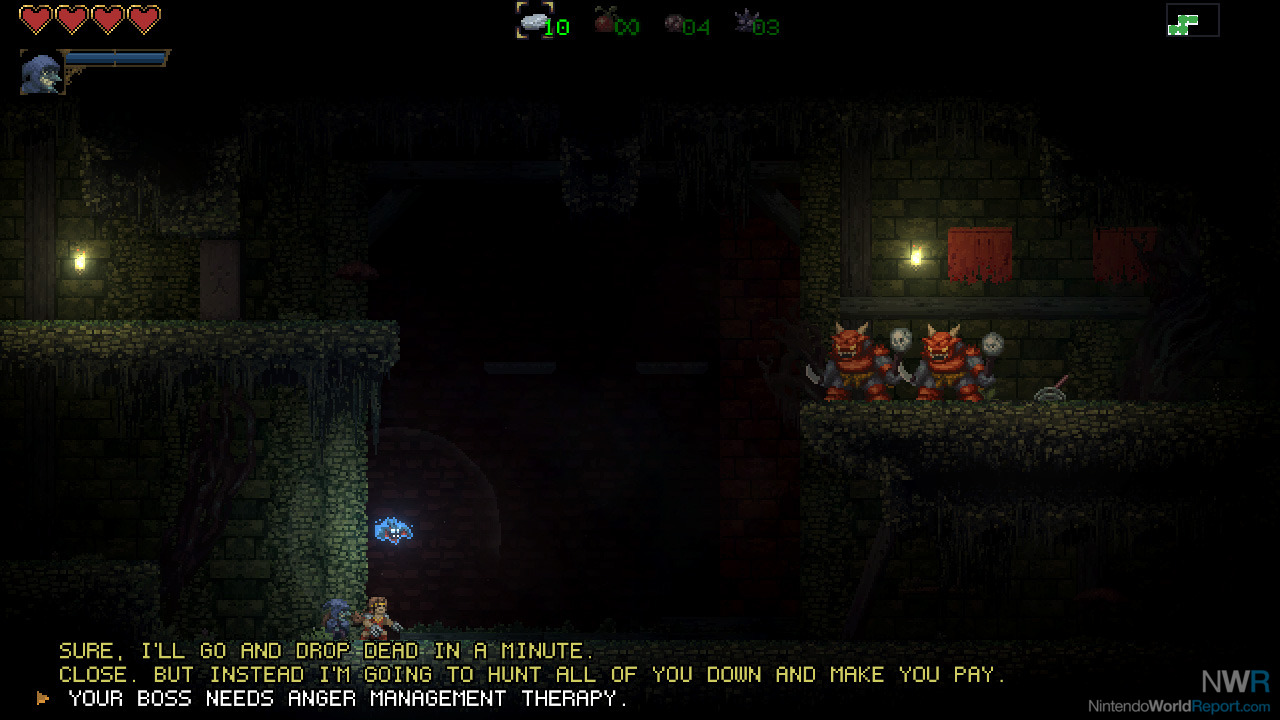 In Batbarian, the protagonist is a sarcastic quick-witted barbarian that lands into a heap of trouble with a rival clan leading to a pitfall into a complex cave structure that, as you find out, isn’t an ordinary cave. You and your trusty bat companion are tasked with exploring the varied biomes of the massive perilous cavern. Along the way are new companions to be met, zany boss battles, and crazy story beats to keep everything moving at a brisk pace. These scenarios are usually met with hilarious dialogue trees and interactions that always left me laughing. Sadly they are fewer and farther between as you progress, making me wish for more.

The gameplay is a classic 2D platformer style with rooms filled with traps and enemies. The traversal mechanics are jumps, throwing stones to trigger switches, and sending out your bat to light the way. The bat companion is used as a guide because the setting has dark areas and poor visibility. The bat can be sent ahead to show the path forward unless moths are there to distract it. Later on, the bat gets new abilities such as lighting on fire to burn plants and grant access to new areas. The cave gives the feeling of a new secret hiding around every corner, with each trap as a new puzzle to solve. 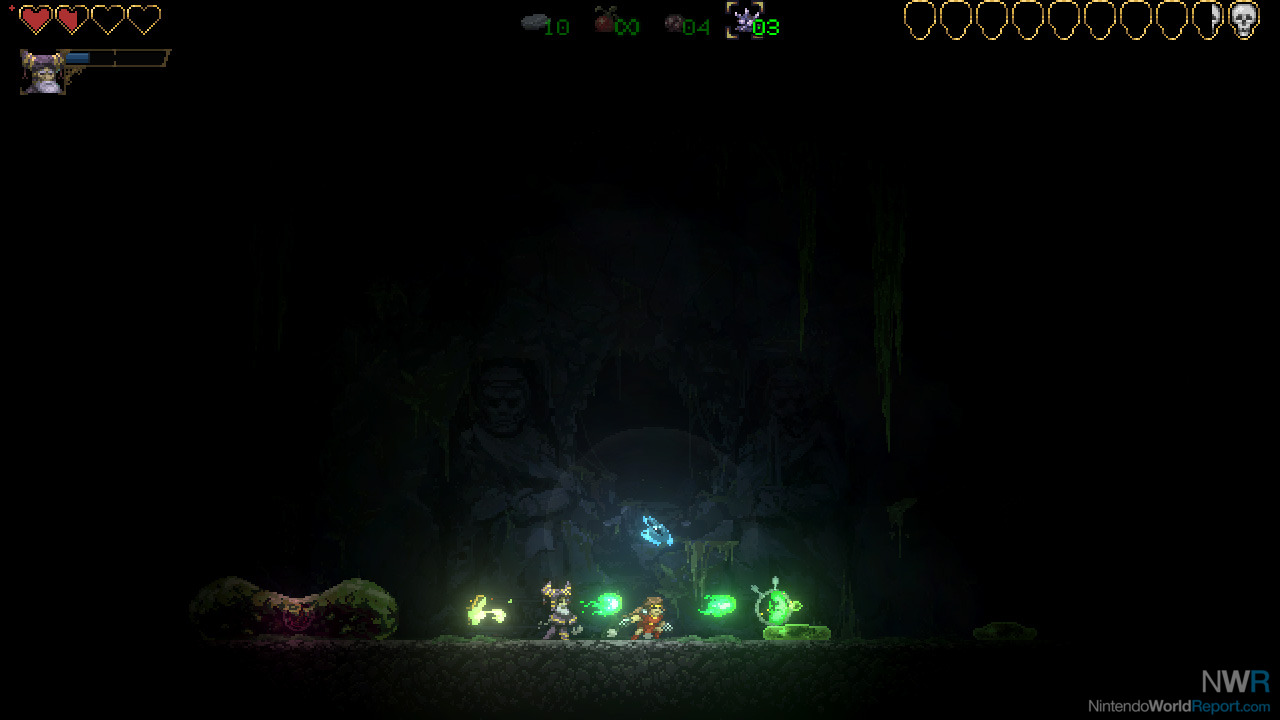 With combat, there’s a basic attack along with a companion second attack like a bomb or spell being cast giving variation to the move set. The bat companion also assists by swooping in and attacking when a berry is thrown, but those are limited and found in the environment so they must be used sparingly. The enemies come in the forms of bugs, worms, Venus fly traps, werewolves, stone cement monsters, and many more so there’s always more to learn about each enemy and how to defeat it. Beating enemies rewards players with experience to level up the main character that gives stat boosts based on a roulette wheel randomizer to pick from Defense, Offense and Awareness (the latter translates to darkness visibility or gold drop rate). Mix those in with occasional boss encounters that are animated beautifully in a pixel art design reminiscent of the games of yore and you get a nice nostalgic feel with a clever design.

The story is one of intrigue. It becomes clear that this is no ordinary cave as you are antagonized by a shadowy demon figure that hints at the cave’s sinister origins. The mystery is enough to entice through the 400+ rooms the game boasts but your mileage may vary as I found some of the traps and puzzles to be mean-spirited with purposefully obtuse solutions with traps that penalize you for merely existing. Luckily, accessibility options are available to boost defenses or regen health, which kept me playing in tough spots. This is a nice feature I’d love to see other developers use to encourage players to continue through, even if momentarily.

Batbarian is a tight package that blends 2D pixel art Metroidvania with a modern day humor aesthetic. It may be a mouthful but it brings a lot to the table. The art and music style bring the jams of the retro age as well as its storytelling and humor bring a modern sensibility. Despite the occasional difficulty spike (which can be adjusted with assists), Batbarian: Testament of the Primordials is a game worth trying out. If only to see what’s really going on in that cave.