A remake worthy of the original’s strangeness

Oddworld: New ‘n’ Tasty, the remake of the Playstation 1 classic Oddworld: Abe’s Oddysee on PC and other consoles in 2015, is an odd duck. The hero of our story, Abe, is part of a species called Mudokons. Part humanoid, part Murlock from World of Warcraft, these creatures have been made indentured servants to RuptureFarms—a meat processing plant that uses other creatures to make snack foods like Scrab Cakes and Paramite Pies. When their line of Paramite Pies sinks in sales because of the extinction of their food source, Abe discovers the CEO telling the RuptureFarms board members his plan to harvest Mudokons into their newest line of treats. You’ll lead Abe on a quest of escape, saving his brethren and discovering the secret origins of his species.

Oddworld is a mixture of genres, but predominantly it’s a 2D side-scrolling puzzle platformer. Gameplay is essentially a series of levels with a chain of actions that Abe must complete before opening a path to the next room. Littered with antagonistic creatures, traps, and explosions, you’ll use levers that open paths or direct the traps toward them and employ Mudokon powers to clear the way to the next room. Part of Oddworld’s uniqueness is integrating a Lemmings-like conceit. As you proceed, some rooms will include a handful of Mudokons that are guidable by sending them commands to say hello, asking for their attention, commanding them to follow you, or asking them to pause. If you can clear a path for them to a portal, they will escape their slave labor and you’ll be rewarded with signs counting how many you’ve been able to save. 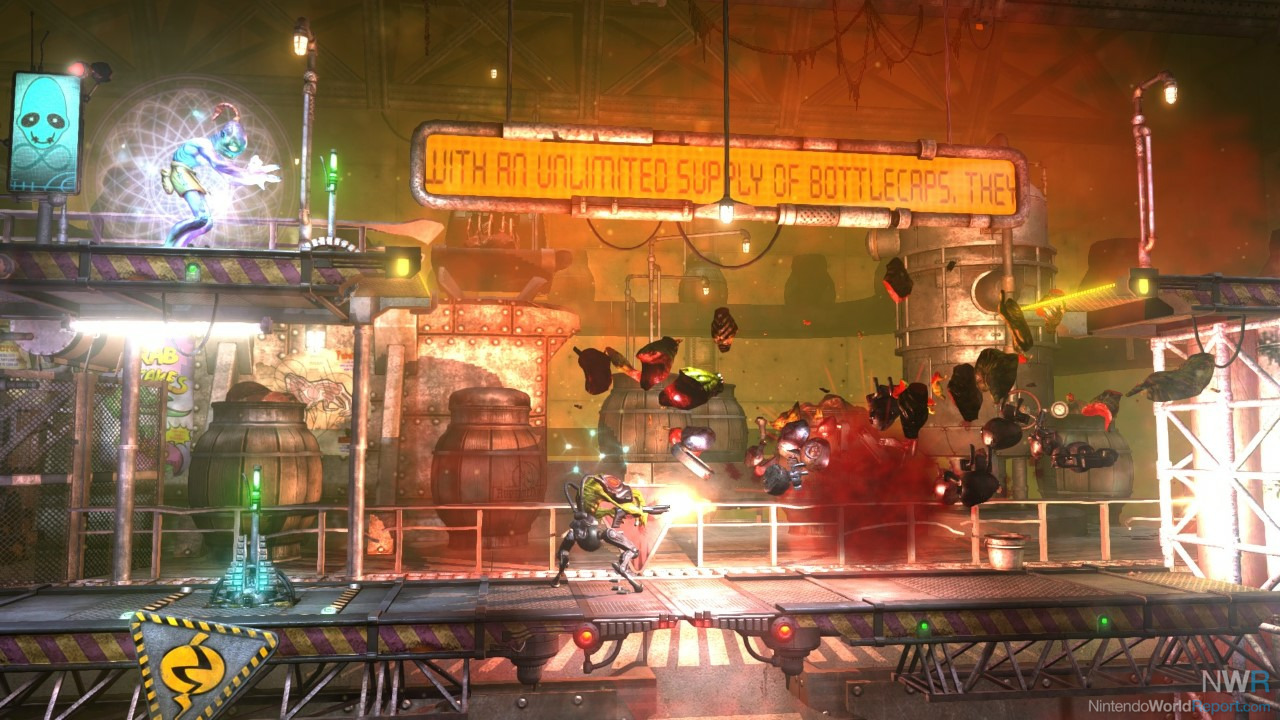 For the most part, the foundation of this gameplay is solid. Most puzzles are smartly put-together, with a clear solution outlined but enough flexibility to get through with improvisation when necessary. A well-timed jump over a tracking bomb, using telekinesis to take control over Glukkons (Rupture Farms’ loyal but impressionable species of armed taskmasters) to mow down other enemies and running them into a pit, or trying to simply take a leap of faith and outrun them is one good example of how any room can go down. Abe himself moves sluggishly, with a weight that can feel tough to work with through certain sections that require precision lever pulls, ledge grabs, or persistent jumping. One particularly painful point is the sections with Elums, a rideable creature that is featured intermittently. Its longer jump ability is used in several levels requiring precision jumping that is made more difficult by this sluggish movement, something that could be infuriating after spending nearly an hour on one section.

The world of Oddworld and its inhabitants are, well, bizarre (You thought I was going to say odd, didn’t you?). Abe is a friendly creature with a voice that sounds like a folksy fish. Beyond giving commands, some puzzles will require a Simon-like password consisting of two different whistles and flatulence on command. You can imagine how much my two young boys were overjoyed to have a fart button they could mash ad nauseum. A peculiar story is told throughout in brief cutscenes in which Abe narrates, each time in poetic format. Glukkons talk in a gristly tone, laughing at your demise with a sound that can only be described as “Q-Bertian.” The sensibility is reminiscent of its original release, curious if not distinct. 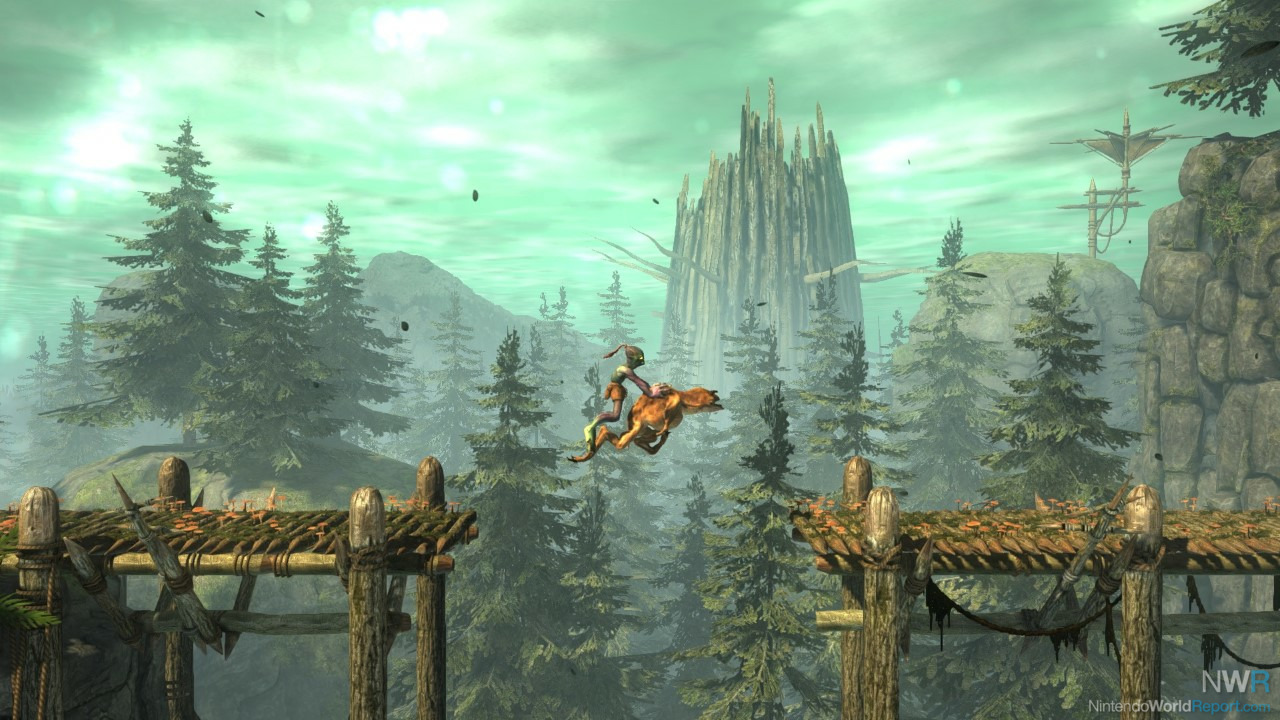 It’d be malpractice to review this remake without context of the original Oddworld: Abe’s Oddysee. After dusting-off my Playstation Classic, it only takes a few moments to see just how improved a package the new version is compared to the original. Visually, the title has undergone a near-complete makeover; characters are smoother than its jaggy, pixelated predecessor. The worlds themselves contain a much wider diversity of colors throughout, whereas the original is much darker, much dingier. The gameplay has also undergone a refinement. The original’s movement is even more sluggish than New ‘n’ Tasty, and things like jumping and grabbing a lever required standing in the exact right position, while the remake offers a larger window to successfully complete these actions. The end result is a refinement in all the ways fans of the original could ask for.

Context of the original really can inform what level of accolades someone might give Oddworld: New ‘n’ Tasty. Without it, you might find the game a bizarre, competent, if clunky, 2D platformer with a few extra tricks up its sleeve. Looking back at Abe’s Oddysee, it couldn’t be clearer how much refinement was done in the action, and how much effort was taken to make it visually pleasing insofar as this world can be. There’s an undeniable charm in its oddness that provides a flavor to this Switch port either way, which makes it easy to recommend. Just make sure to give your fellow Mudokon co-workers a friendly hello.