After dealing with cops, mythical conspiracy, and multiple Mafias this year in otome games, I felt like I needed a break - so a game where the point-of-view is that of a café owner seemed like it would on the surface. Café Enchanté immediately throws that out the window with its madcap cast of demons, angels, and flaming werewolves, but there’s still a lot of grounded stories hidden behind the wild candidates for love.

The proprietor of the titular café, located just outside Tokyo in the present day, is a young woman named Kotome who inherits the coffee shop from her late grandfather. Upon reaching the establishment, she sets a door in the back open and is immediately greeted by four of her potential lovers: demon king Misyr, time-displaced (and headless) fairy knight Camus, hotheaded werewolf Ignis, and tech-savvy fallen angel Il Fado (first part is upper-case I, lower case L). The final suitor, and the sole human of the bunch is government agent Kaoru who also happens to be in his early 40s compared to our early 20s heroine. This definitely made his route a little bit discomforting. The non-human suitors fall into standard genre archetypes: Misyr as the first guy who serves as the final unlock, Ignis is a bit brutish, and Camus is the traditional lover. Il has the most interesting route in that the writers Otomate spend a great deal of time pointing out his love of otome games - including how he expresses love.

Obviously, this one hit a little close to home for me. Another feature of Il’s route is that it involves dealing with God, who is quite the righteous dick. The other route villains can usually be seen a mile away - you’ll meet all of them in the first half of the common route and can guess that they’ll stab someone in the back at some point down the road. As a T-rated game, most of the focus is on romance instead of sexuality and the farthest it goes is deep kissing. If you’re looking for something steamy, look elsewhere.

Café Enchanté uses the “eight chapter setup” method for each of the five routes, similar to the first of the Aksys-published games in this year’s set. Running through all five of the routes will probably run about 25 hours, but notably this game defaults to skipping all text when fast-forwarding through to choices on replays. The “skip previously read text only” option appeared to be off by default and it took a minute to figure out how to manually enable it on replays. There’s also no option to jump right to a suitor’s path, only to change the level of support once it’s done, and you’ll have to spend time blasting through the first eight chapters barring choices every time. Thankfully, the default fast-forward setting would make a speed reading champion blush so you should get to the confirmation of a route in about 20-30 minutes. Unlike prior titles, there’s no extras that unlock after beating the game that I could find: the only extras are the movies that are unlocked along the way and a music player.

On the technical end, the text typos are kept mostly down - only about 5-6 a route - but there also seemed to be a lot of punctuation errors in this localization. Extra spaces around words were common, as if the find/replace function added them, and there would also be missing or out of place apostrophes/periods. The default sound mix also had the voices of the characters incredibly low, for some reason. Enchanté appears to be different from the other Aksys/Otomate projects in that it was Switch-first - and it’s not just the choice of game consoles for Il’s games that bear this out. 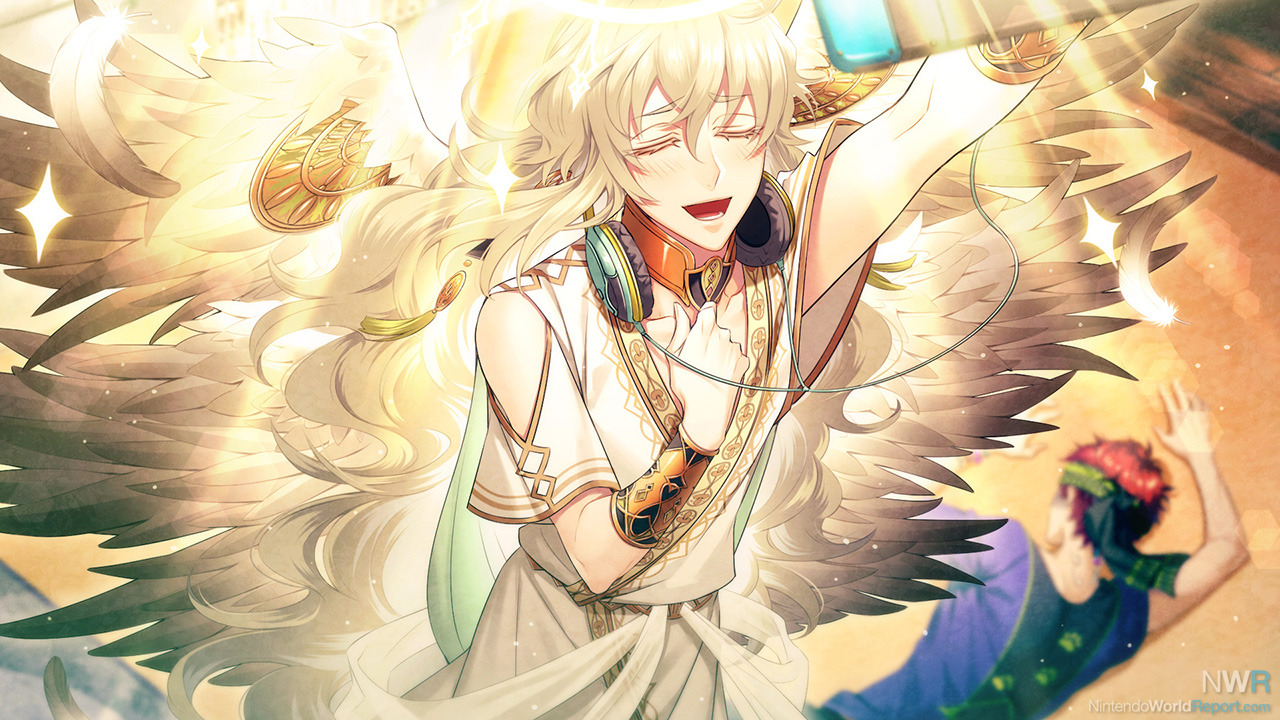 I guess the yellow+blue Joy-Con combo is Japan exclusive.

The music player is a handy feature to have as the background music does a great job of emphasizing the scenes. The pipe organs of heaven even gave me a headache just like real ones do. Because of the nature of the story there’s also a lot of background variety beyond the café and surrounding city so the game feels a lot bigger than one might expect going in.

As the year of romance concludes for Aksys and Otomate, it goes out on another solid effort. Café Enchanté doesn’t break a lot of new ground in its genre, but it’s a well-told romantic story and would be a great way to wile away an upcoming long weekend.