A short but grand tale of friendship, acceptance and coming of age.

There was a feeling of fleeting nostalgia and teenage memories, as I looked at the drawn figure standing on the beach as the sun began to rise during If Found…’s middle chapter. It’s atmospheric, almost hazy depiction of being trapped and lost in familiar surroundings resonated with me on a personal level. It’s needless to say that this has been a year of loss, reflection and a longing for human connections for many people, and seeing the story of Kasio playing out in front of me was something I didn’t know I needed until I finished this emotional tale. If Found… is not for everyone, but those looking to make the plunge will find an interactive story about family, friends and the relationships that make us who we are. 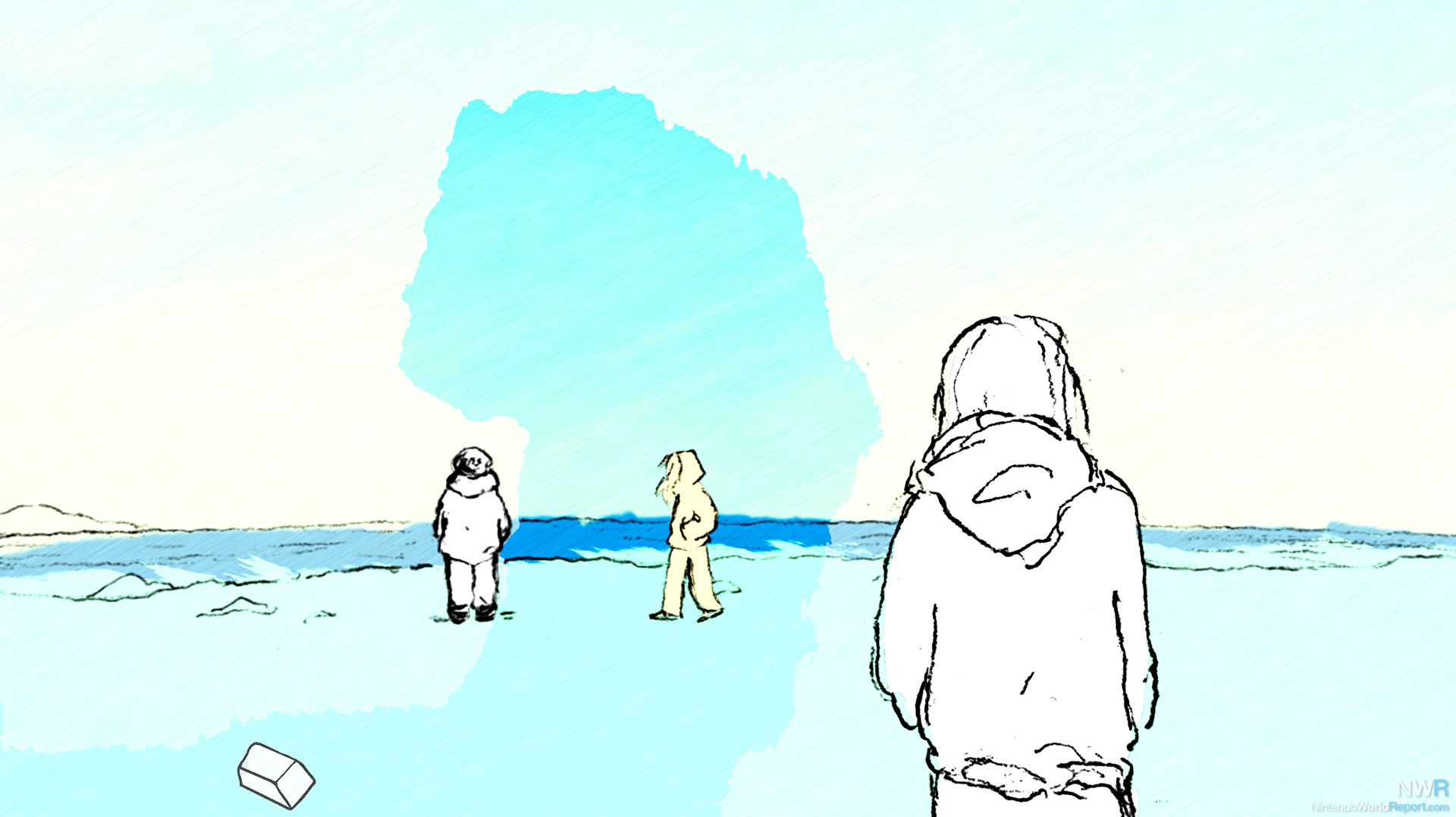 Set in Ireland in the 1990’s, If Found tells the story of Kasio, a 23-year old queer woman who has recently returned to her old hometown after studying in Dublin. She’s back home to spend the holidays with her mother there, but finds herself at odds with her mother, who simply doesn’t recognize her anymore. She decides to go live with a group of old friends in a worn down house who have recently formed a band. From there the story twists and turns as Kasio decides what she wants to do with her life, tries to reconcile with her family and adjusts to living with her friends in a house that is literally falling apart.

The game is constantly focused on its narrative and uses the visual style to tell the story of Kasio. You engage with the story thanks to notebooks that Kasio has written, but rather than reading the text, you are mostly using an eraser to remove the text and make new segments of the story appear. This approach to narrative design had me conflicted on a few occasions. On the one hand, narratively it’s just nice to remove scratched out sentences to learn more about what Kasio really thinks of the people around her. This particular visual design also gives the game some absolutely beautiful visual moments where you remove several layers on the screen to be confronted by inner thoughts or some abstract spectacles. In particular there are a couple of space travel scenes that were stunning in their execution. Almost feeling like an LSD-trip or Pink Floyd album come to life. The music in particular is also great at setting the tone. From slow Irish folk to garage rock and psychedelic tunes, the soundtrack always accompanies the setting perfectly. 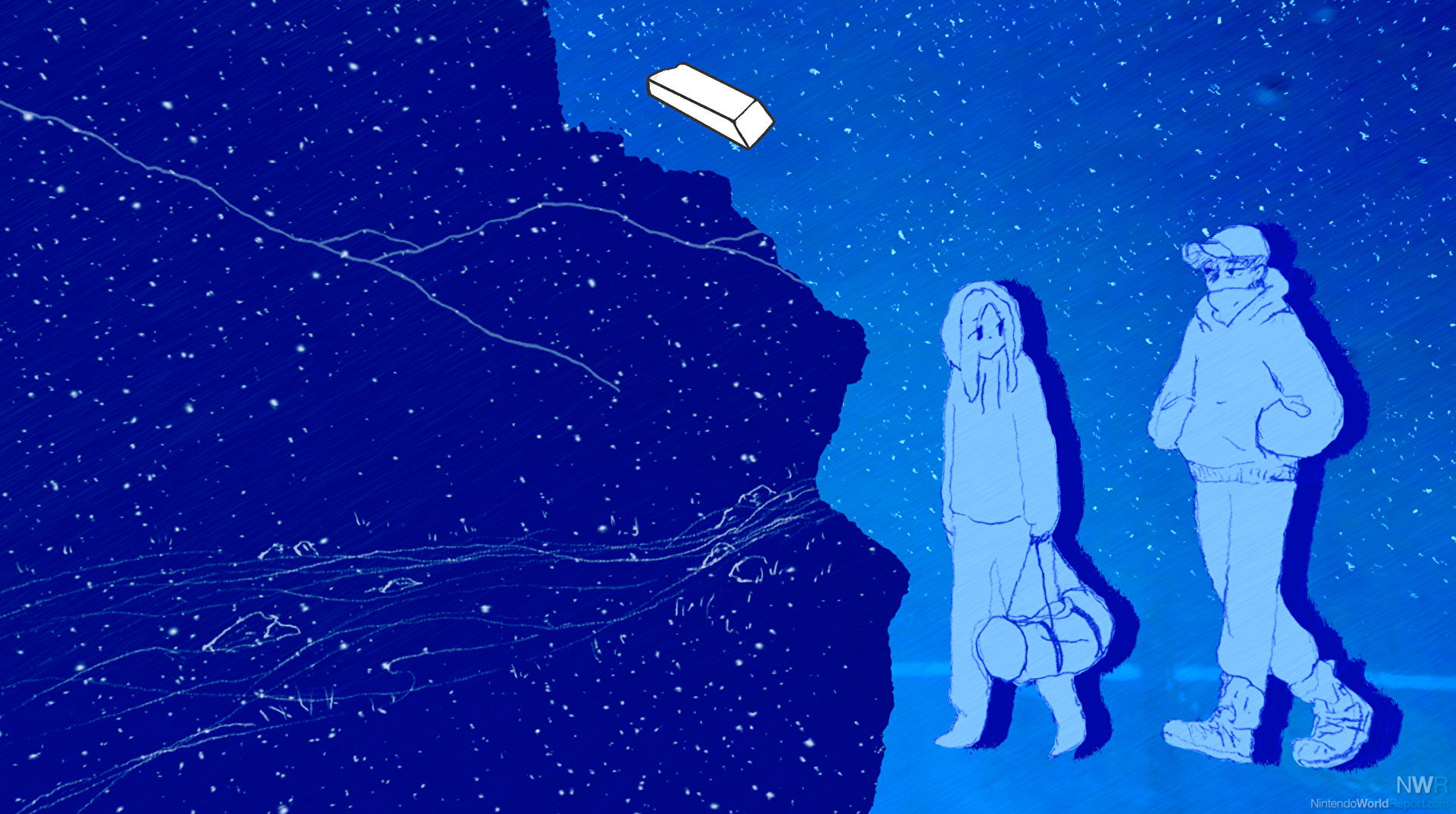 The downside of this approach is that this type of gameplay gets repetitive really quickly and the game sometimes feels like an exercise. In handheld mode you can use the touchscreen to remove the layers like using an eraser, but this does mean that you will be swiping all over the screen for minutes on end just to progress the story. There is an option to have the game move this eraser on its own, but while very good for accessibility, part of the fun is discovering on your own what the next layer has in store. I also feel the need to mention that If Found… is a short linear narrative and there are very little choices to make along the way. I don’t think it hinders the experience in the slightest since it’s a tale well told, but some players might be turned off by this.

If Found… really resonated with me. Not because the story was recognizable for me personally, but due to the nostalgic feeling it invokes in its use of the setting, characters and events. It’s a tale of looking back on your younger days, where life is a blur and every day can feel like an adventure. When you could still make bad decisions without consequences, but also from a perspective that shows growth, acceptance and change as a natural part of life. Where in the moment it feels as if the world is falling apart, but in the end there will always be a brighter day somewhere down the road. Maybe this story was something that I just really needed. Knowing that even now, in a year where everything feels like a hazy wave of terrible events, sadness and darkness, we can strive towards making a brighter future. It might’ve been a short experience, but If Found… made me experience something that I have missed over the last few months. For that I can only be grateful.