A fun spook for any season.

Holiday themed games don’t exactly have an illustrious history in terms of quality. More often than not they’re a quick cash grab to lure in those looking for some cheap seasonally appropriate entertainment to blow through then throw away. I assumed such would be the case with Pumpkin Jack, releasing just in time for Halloween. But the trailer left me wondering if maybe there might be a little more here than expected.

Pumpkin Jack is an action platformer. You play as the titular Jack who is summoned by the Devil himself to help defeat mankind’s hero, the wizard. Unfortunately, the armies of Hell aren’t particularly bright and will wind up getting in your way just as often as the desperate humans. Jack isn’t too discerning either however and you’ll find yourself simply mowing down whatever gets in your way. 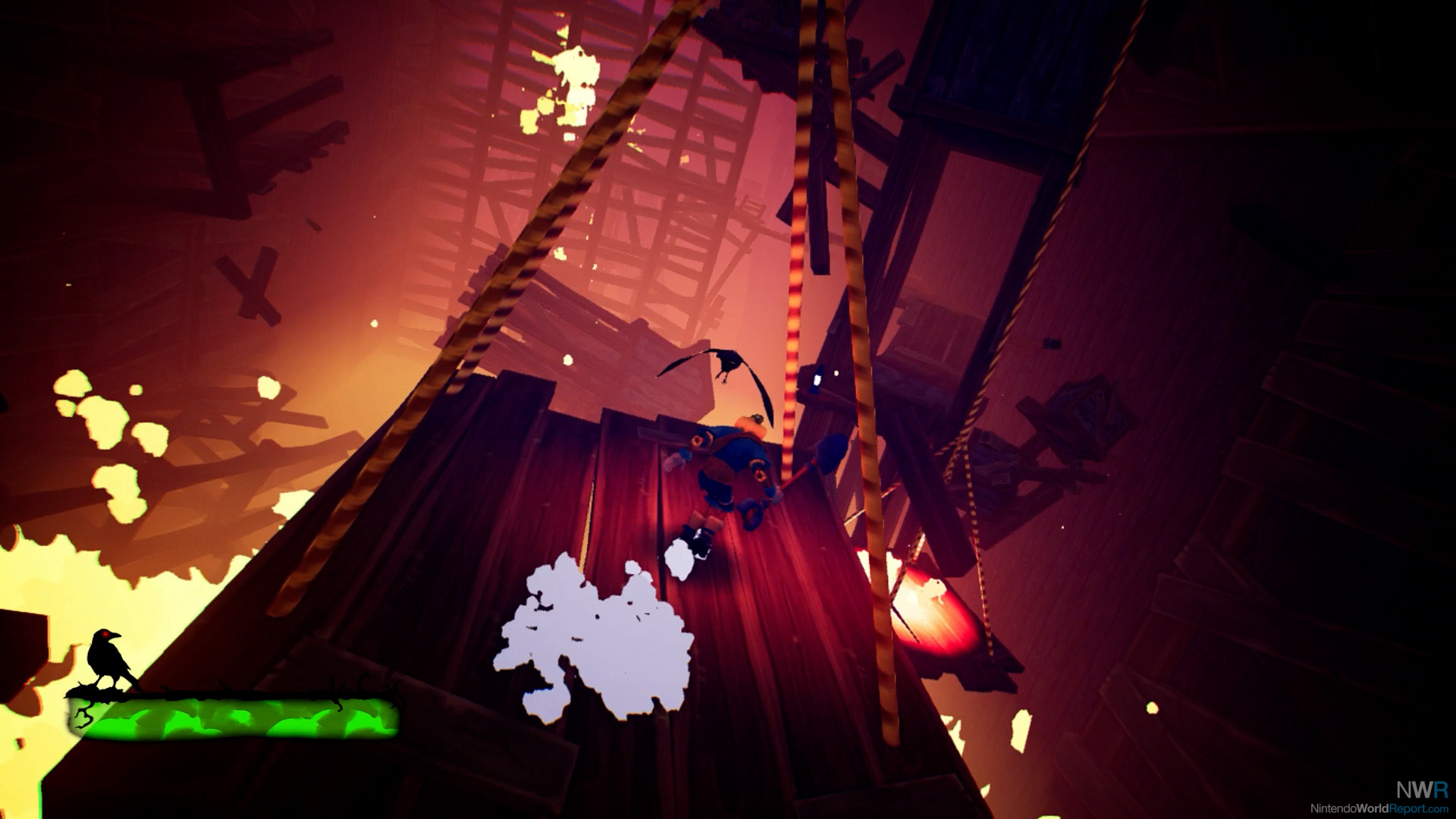 Levels play out mostly linearly, featuring a combination of fast hack and slash combat, platforming, and the occasional haunted horse ride or runaway minecart. Combat is simple. Jack only has one attack button but he also has a crow friend who can attack enemies at range. At the end of each stage you fight a large boss. Each one is built on a similar concept of a circular arena and a clear attack pattern, but individual fights still vary greatly. After these fights Jack will pick up a new weapon which has new moves. While you can always Switch weapons whenever you want, it is generally the case that each weapon is better than the last. They each handle differently and add some nice variety, but there is rarely a reason to revisit an old weapon once you’ve got a new one. Combat feels a little loose but it’s also never too punishing. The same cannot be said of the platforming.

Platforming in Pumpkin Jack can be very demanding, especially when seeking out any of the collectable crow skulls hidden throughout each stage. These can be used to purchase alternate outfits for Jack but can also be a real challenge to get to. Jack has a bit of an odd sense of momentum to him that takes some real getting used to. It is consistent so get used to it you will, but oftentimes a failed jump leads to a death pit. Reloading from death takes around twenty seconds. It is not an obscenely long time but it is long enough that platforming mistakes quickly become unduly punishing. However, once you get a feel for the platforming it is a very satisfying challenge. 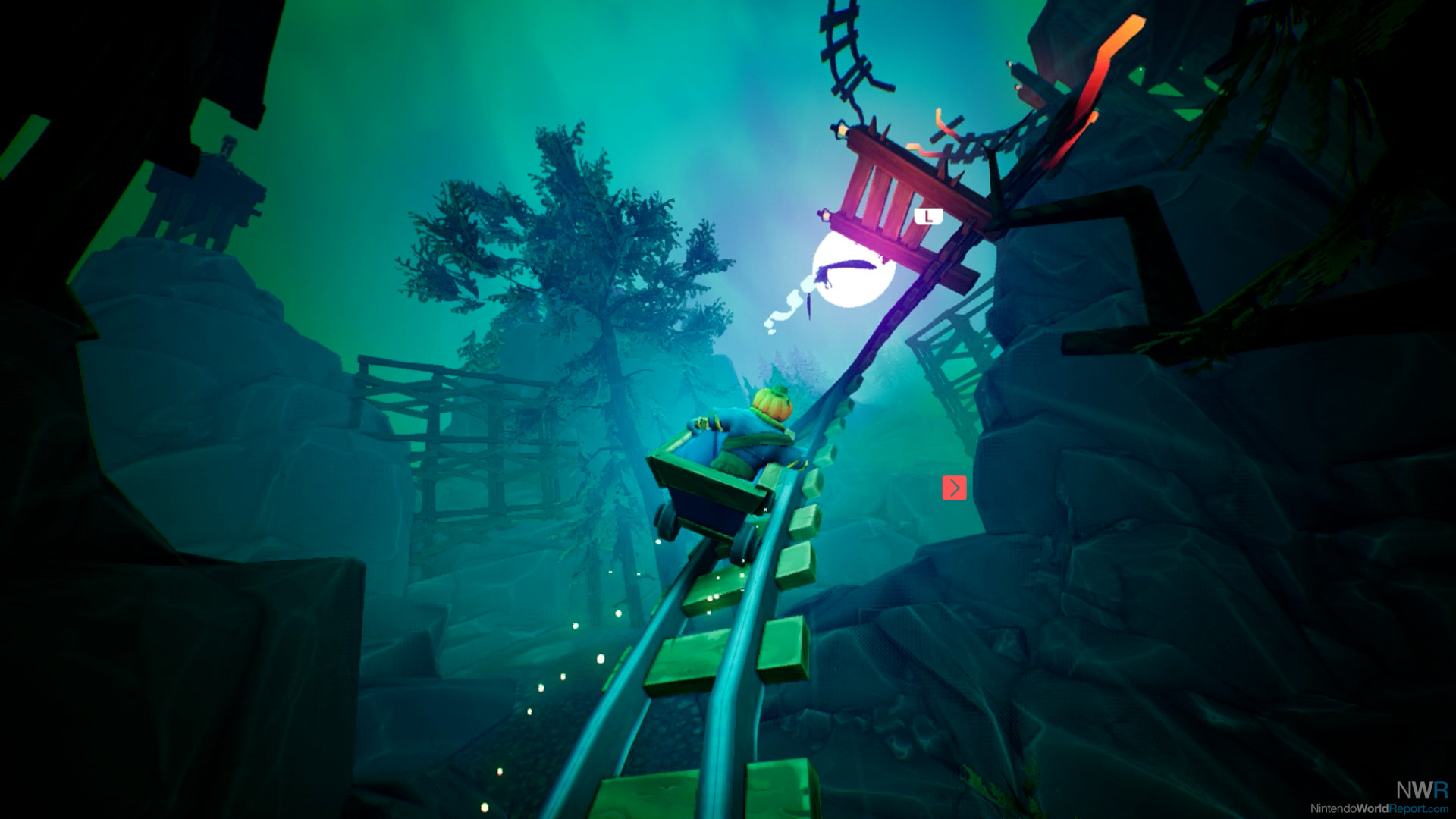 What truly elevates Pumpkin Jack is its variety. While yes the core of the game is running, jumping, and slashing, each level also has its own unique mechanics. One will see you riding a Donkey Kong style minecart as you lean from side to side to stay on the track and jump obstacles. Another sees you racing in a cart atop the battlements of a castle, taking out human soldiers on your way. Still another sees you dragged by the head by a gargoyle as you desperately weave through graves. At times Jack may remove his head entirely to enter more puzzle focused environments. These rarely repeat as well and offer just as much variety as the rest of the game. I did have some brief technical issues in some of these stages in which Jack's head would become lodged beneath the scene geometry. In most instances I was able to simply jump and regain my footing (heading?), however at one point I wound up having to reload after Jack’s head fell straight through into the void.

Pumpkin Jack’s whole presentation is just delightful. It strives for and achieves its Halloween theme in every conceivable way. And I don’t just mean they put pumpkins everywhere and made it dark. Each level has its own look while fitting into the overall aesthetic. It does definitely look better docked than it does in handheld. While docked it looks sharp despite its sub 1080 resolution, handheld mode tends to look somewhat muddy. It isn’t bad, but it doesn’t do the art design justice. Even the soundtrack is downright perfect. I could easily enjoy this soundtrack entirely independent of the game itself. The whole thing feels a bit like if late 90’s Rareware had taken a spin at Nightmare Before Christmas. There’s something a little nostalgic about it despite it feeling entirely its own. You will notice some slowdown, especially in areas with lots of effects and enemies floating around the screen. For me it never got too bad at the wrong time, but it would be easy for the perfect storm of slowdown to hit during a platforming challenge and cause some real frustration.

Pumpkin Jack is only a few hours long, but it feels very complete. It lasts exactly as long as it should without ever really getting repetitive. Combat can start to feel a little ridiculous towards the end as it throws huge amounts of enemies at you in a desperate attempt to provide a challenge against your evermore powerful weapons. But platforming and other gameplay elements keep things from getting stale. Pumpkin Jack is a surprisingly charming package that is worth playing through in this or any season.