A charming but by-the-numbers adventure of puzzles, family, and mythical creatures.

Point-and-click style adventure games rely on their writing, their world, and the quality of their puzzles to really make an impression, and for the most part, Röki manages to succeed in these areas. Set in the Scandinavian wilderness, you play as Tove, a young girl who struggles to keep her family intact after the death of her mother. It’s obvious that she too struggles with this personal tragedy, and flashbacks and memories crop up throughout the game that call attention to her pain, but also her courage and resolve. When her brother Lars is abducted by an immense and menacing creature, Trove sets out to rescue him, and the set up ends up being quite compelling. How does the rest of the adventure fare?

The snowy natural environment of Röki makes for an endearing backdrop for Tove’s quest. Along the way she encounters a talking tree and its roots that serve as waypoints, stone trolls that are at first aloof but eventually warm up to you, and a giant cat from whom you need to steal a roasted ham. The world itself isn’t made up of too many screens, but the art style does a good job of creating locations that feel distinct, even with a somewhat muted color palette. The way the camera zooms way out can make it difficult to see Tove and objects with which you can interact, but this technique also creates a memorable sense of scale. Indeed, Tove’s interactions with mythical beasts great and small are all the more magical because of the game’s use of perspective. 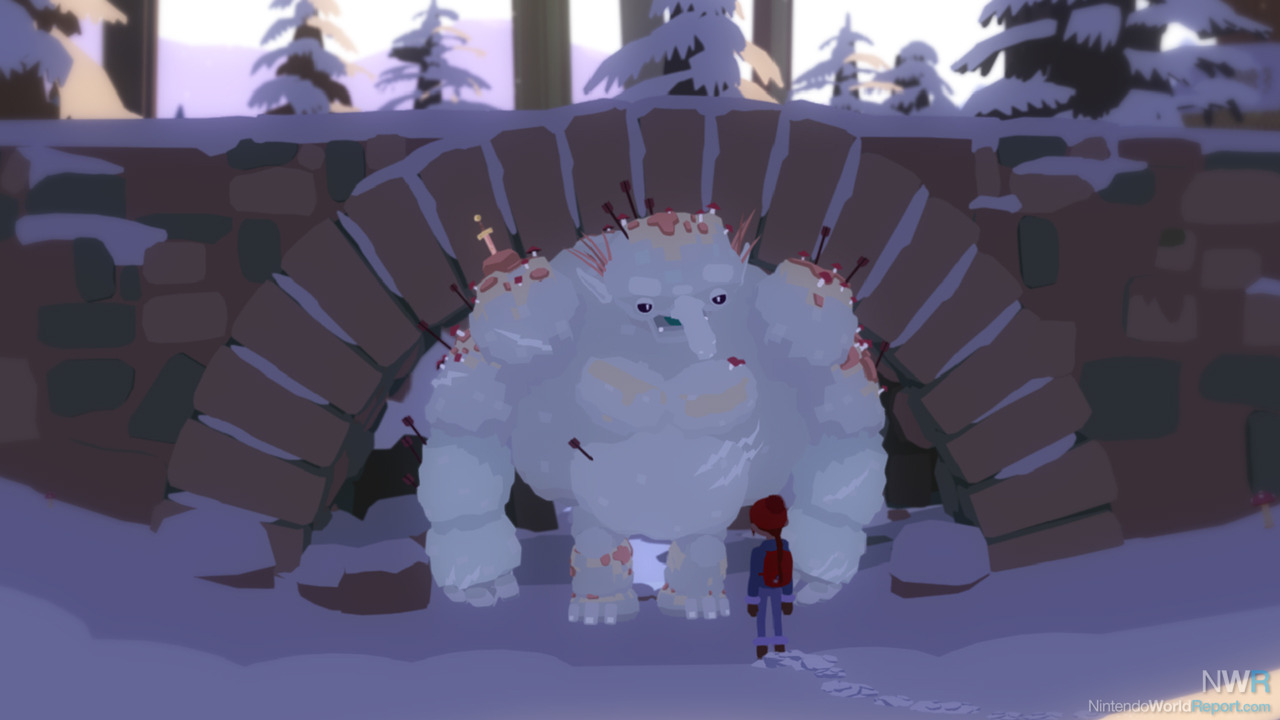 As one might expect from a puzzle-adventure title, gameplay consists primarily of walking from place to place, interacting with characters, collecting objects, and using those objects to progress. On the whole, the puzzles are quite fair and logical, and it’s not likely that a player would be stuck for very long before figuring out the way forward. An early example involves rigging a bear trap with a rope to pull a sword out of a golem’s back. By dragging one item onto another in your inventory, you can combine them, which is required at a few points, but mostly you’ll be taking single items from your inventory and dragging them to spots or characters with which you can interact with. One handy feature is that you can click the left stick in to highlight anything on the screen that is interactable, but the slight flash provided can be hard to see with smaller objects. Use of color or a more pronounced highlight would help.

A helpful journal allows Tove to view a map, notes on each area she has visited (and the characters within), collectables she has picked up, and achievement-like badges she has earned. The main issue with the journal is that navigating the different pages within the notes section is slow and cumbersome, always starting back at page one. Still, it’s nice to be able to see the different requests and details of each place she has visited so that you can keep things straight after amassing 10 or more items. 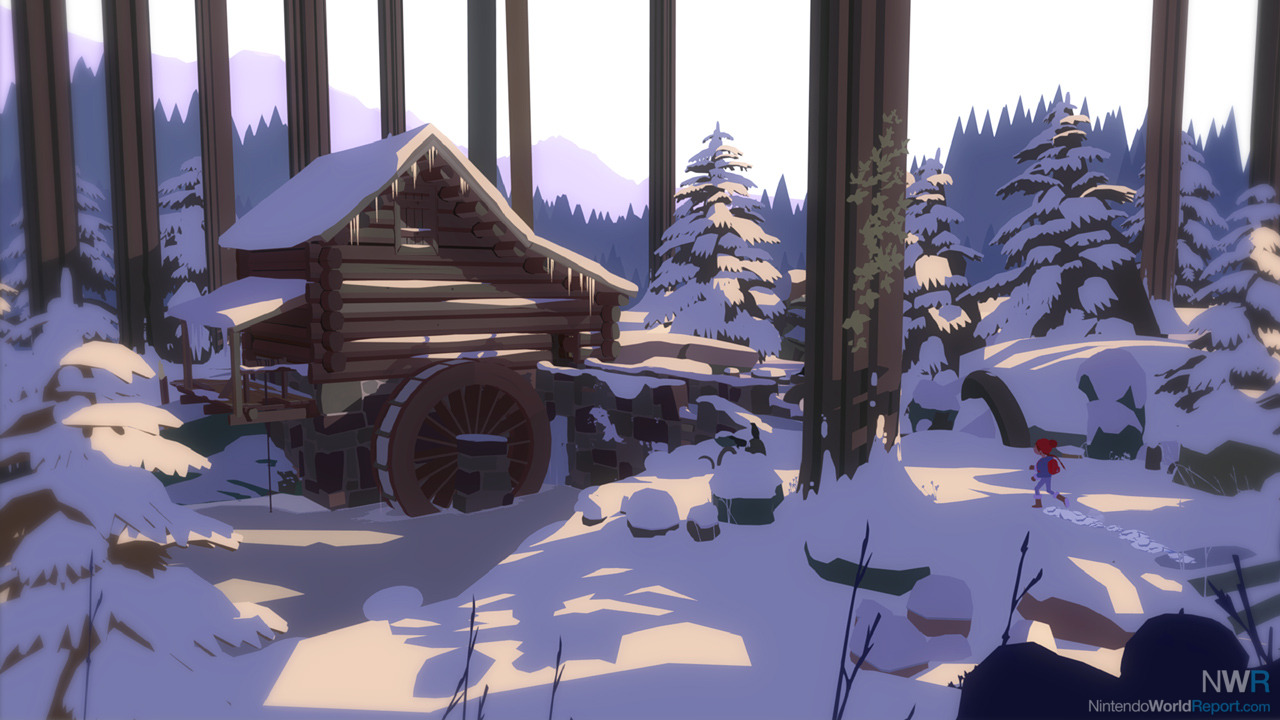 Tove’s rescue mission lasts anywhere from 6-10 hours depending on your pace, and even though a neat mechanic is introduced during the final third of the game, it’s entirely possible to feel that the gameplay has overstayed its welcome. This feeling arises mainly from the way in which some of the later puzzles simply require you to shuttle back and forth rather than make any particular satisfying deductions. While the story beats are stronger and more impactful later in the game, the minute-to-minute action doesn’t rise to meet them.

There is a lot to like about Röki, and I found myself fairly engrossed during its first half. The story of an outcast god trying to turn her son from a monster into a human using Lars as a sacrifice is an effective one; you can genuinely feel Tove’s despair and resolve pushing and pulling at each other during the playthrough. Repetition and overly simple puzzles outweigh the final third’s gameplay trick, but all in all fans of adventure titles are likely to find Tove’s story of loss, hardship, and courage endearing. Completionists have dozens of collectables to find and badges to unlock, and the subtle background music evokes the feeling of traipsing through a wintery forest. Even though some of the character designs are a little off-putting, the overall art style is quite attractive. Despite not really bringing anything new to the table, Röki provides a solid puzzle-adventure experience that only drags a little towards the end.