9 Monkeys of Shaolin is a side-scrolling 3D beat-em-up with the motif of Medieval China and classic kung fu movies. You are Wei Cheng, a fisherman whose hometown is burned to ashes by ruthless pirates, and whose goal is to avenge the death of your loved ones. To do so, he connects with a Buddhist monk sanctuary, assisting them in their missions to aid villagers in staving off enemies and learning inner power through harnessing Qi. 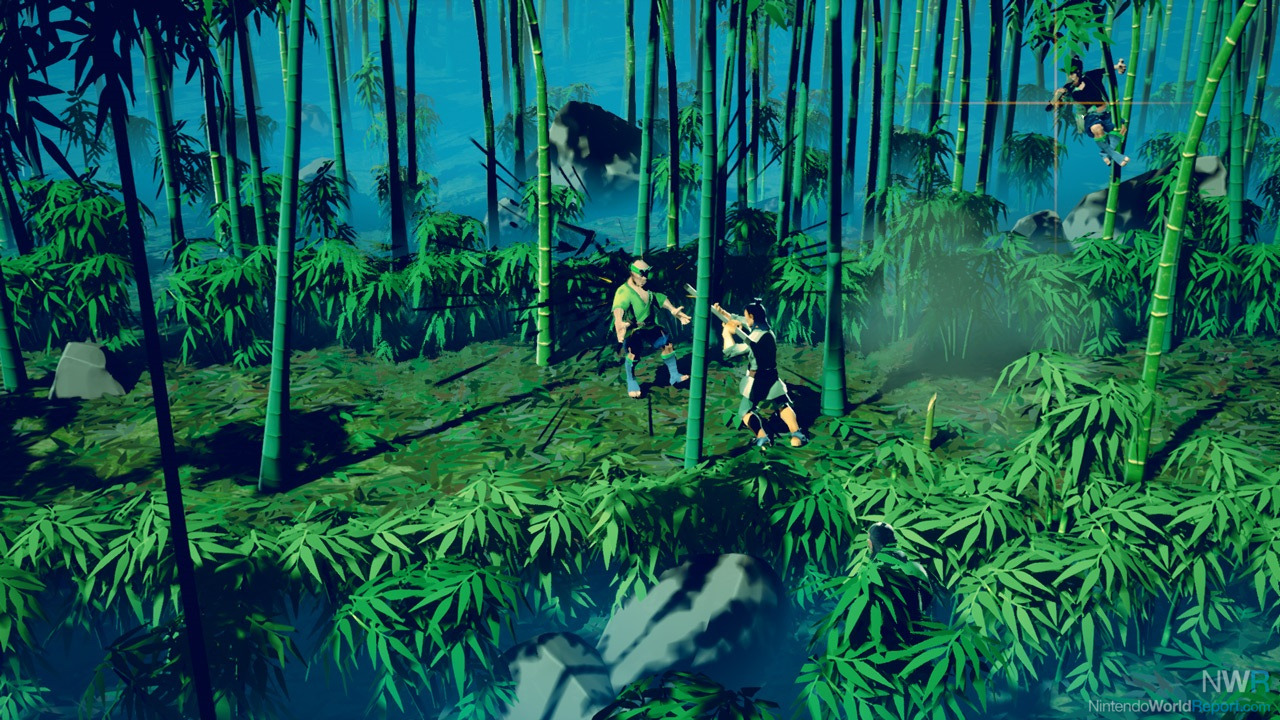 The story is broken-up into missions, laid out in clusters on a map of feudal China with brief descriptions of the scenario you’re being brought into. Missions are largely a straightforward affair—move from left to right with intermittent waves of enemies blocking your path that must be dispatched before proceeding forward until reaching the end. Different teas found by breaking boxes or barrels can provide health, boost attack power, or sustain unlimited Qi power for a limited amount of time. Upon completing missions, you’re awarded a currency spendable to increase ability stats and purchase alternate weapons, necklaces, and boots that add modifiers to equip back at the monk outpost. Additionally, to my delight, the aforementioned spoils from completing missions have a meaningful impact on play style. Staff variants range from granting health regeneration and critical strike chances to a chance to poison. A necklace might offer a gradual passive regeneration. One of the most impactful equips was a new pair of boots that replaced the dodge jump with a snappy teleport power, which fundamentally changed the way I was able to approach and execute enemies.

Wei Cheng’s battle skills as a fisherman are limited but effective to start, with a parry, jump kick, basic attack, thrust, and dodge jump. I found the basic attacks easy to grasp, quickly learning effective ways to chain together attacks in order to stun enemies by, for example, leading with a jump kick, bashing them with the basic attack a few times, then prodding them until their life bar depleted. As the story progresses, the Monks teach Wei Cheng how to harness his Qi, integrating charge moves and area-of-effect attacks that provide new ways to get out of a bind when surrounded. One nagging complaint I have is that some of the enemies feel outright cheap. Some ranged enemies that shoot darts or more heavily armored enemies that block make sense, but in later levels others have the ability to turn into shadows that my attacks went right through, making those areas drag on because I couldn’t find an effective way to counter that maneuver. This was compounded by some areas so narrow that they effectively trapped me in an endless chain of attacks with a crowd surrounding me, with no possible chance of escape. 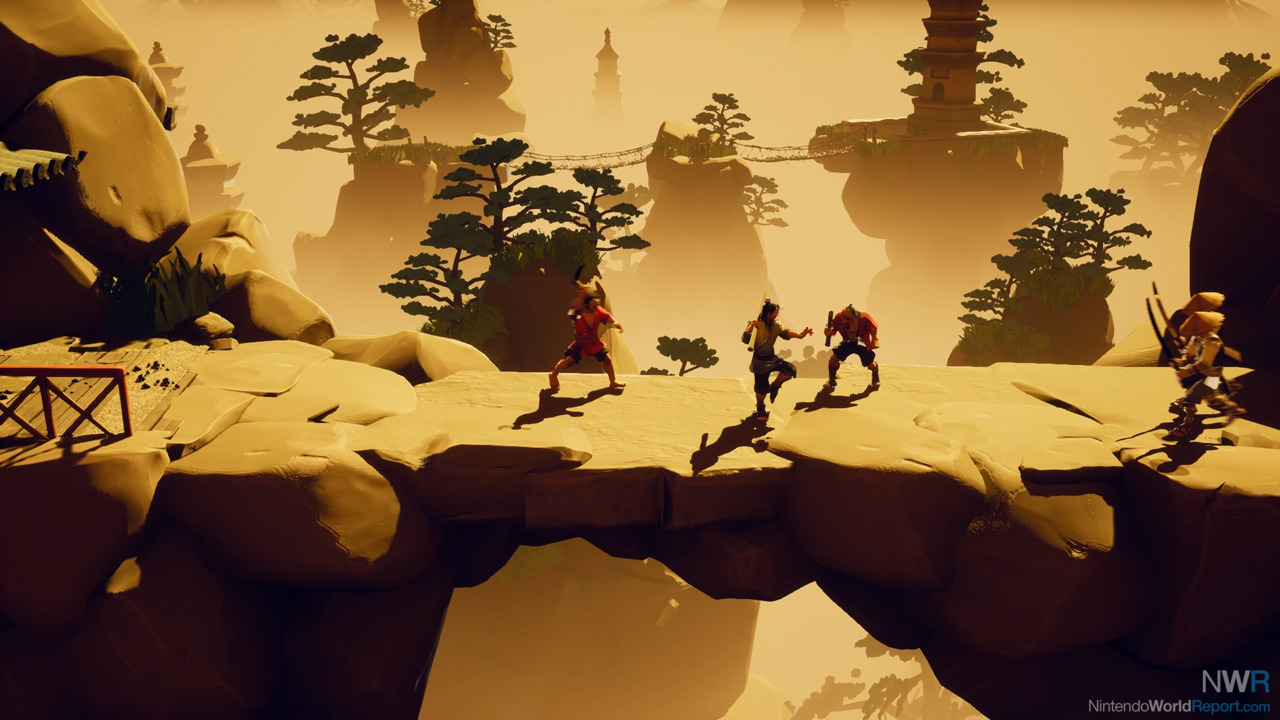 Visually, objects in the foreground are nondescript—characters have some detail in outfits but faces and body structures have a low-resolution blur to them. Places like the monk’s temple or buildings in some missions lack detail or are just so dark that they appear muted. Where 9 Monkeys of Shaolin shines is in its backgrounds. Distinct vistas with a beautiful layering of backgrounds gives them a sense of depth. Trees have a fullness that is accentuated with a hand-painted style. These scenes often use lighting and color in a way that highlights their best features. Finally, in between chapters, the storytelling is done with narration over beautiful hand-drawn backgrounds that are drawn in progress throughout, taking advantage of the style inherent in the era the game is based upon and which is stylistically pleasing.

I was pleasantly surprised by how satisfied I was walking away from my time with this game. The growth in combat complexity was not only satisfying, but the various upgrades and equips allowed multiple strategies and approaches to levels that were surprisingly robust. There’s a beauty to the clean but vibrant backdrops and interstitial drawings. 9 Monkeys of Shaolin is a rewarding beat-em-up that belongs in every fan’s library.