Take the husbando. Leave the cannoli.

So far this year, there have been two groups of Otomate/Aksys visual novels: Code; Realize was set in the 1850s, and then Collar X Malice in the modern day. The newest collaboration, Piofiore: Fated Memories, splits the chronological difference by parking itself straight into the Roaring Twenties with a tale of intrigue centered around an Italian city. As I worked through the five way struggle between three different Mafia families, the Catholic Church, and the Mussolini regime, I dealt with a lot of emotions. There hasn’t been a game this year that’s made me cry, but a little bit later left me feeling more uncomfortable than I have with anything in a long time.

Piofiore is set entirely in and around the fictional city of Burlone, on Italy’s western coast. The city starts the game with three main districts headed by different Mafia families, the city slums, and a district that is neutral territory by agreement. The neutral area contains the city’s church, where the story’s heroine Liliana (Lili to her friends) was brought up and lives. Her suitors are the heads of the three mafia families - the taciturn Dante, outgoing Gilbert, and the seductive/abusive Yang - as well as Dante’s “underboss” Nicola and a young disciple of the church named Orlok. Each character has their own story, as well as post-game scenes that unlock after getting their romantic ending that show what’s happening in the next year. Of the five suitors, Orlok’s story is the only one that made me burst into tears, as this demure boy who would most likely quote 2 Corinthians would end up quoting Two Cathedrals by the end. As his name implies, Yang is not an Italian by birth, but is actually Chinese. This led to a bit of discomfort during his story, which is cranked up to 11 in the post-best ending story. I’m not sure if this is intentional - sadly, his portrayal is common for Asian characters of that era - but the fact that it’s the ethnically Chinese character that gets this treatment is worth noting. 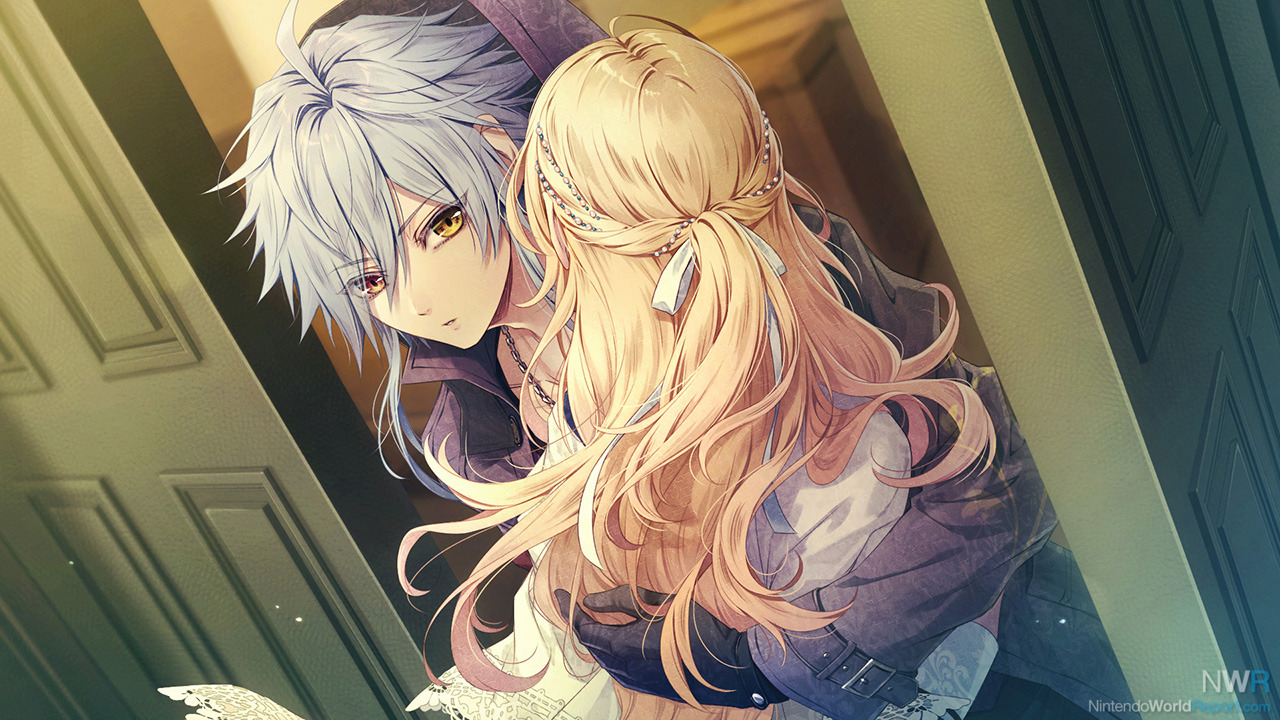 It's not always NWR forum mafia.

The structure of Piofiore is quite different from other otome novels that I’ve played this year. The prior main games had five suitors, but you could pick from four on a first playthrough and then the fifth one was the “golden ending”. In Piofiore, you pick from one of the two members of the same Family on the first run, and then have to do the other before unlocking the dialogue options that open Yang and Orlok’s routes. Gilbert’s requires a clear of all four, and then the “Finale” path opens up which doesn’t have a suitor per se. Instead of quick-time events, there are “Meanwhile” events that pop up - and at times, you have to skip them to get down a path of dialogue. There also seems to be a sixth suitor, but try as I might I couldn’t get the dialogue to line up in a way that I was able to unlock another romantic ending. Going for 100% on this game is going to require a guide, especially as the “all ends unlock if you get the best '' option is not enabled here. It did make the early options easier, however, and there’s not much repeating text either. It should take about 20-25 hours to get through the end of the Finale, which is about average for a game of this type.

The Aksys-supervised localizations for the Otomate games have ranged from OK to Aksys promising a patch (Collar x Malice Unlimited, for the record, hasn’t been patched as of press time). On this scale, Piofiore is localized fairly well, with the Italian coming across as a highlight and no egregious text box problems that I was able to spot. It still worked out to about 2-3 screenshots per hour of gameplay, however. Other than the typos, Piofiore didn’t have any other technical problems that I could find - no crashes during the review period, and that included what amounted to a ten hour day’s worth of playing it.

Graphically, Piofiore is an attractive game. The characters are all pleasing to the eye, and there’s a few of the non-suitors who I wonder if they would have worked better as the final suitor. The background reuse isn’t too bad, given that we’re talking about an entire city with clearly delineated areas. A neat touch is the game’s film motif, which extends to the meanwhile events actually jumping to a different strip of film. The music has been stuck in my head all week as well - it honestly sounds like interpretations of the Godfather soundtracks, especially when the strings kick in.

I’ve usually been able to play through otome games around holidays, and the batch this year have been great ways to lose entire days. If you’re ultra-paranoid about typos Piofiore is an offer you’ll have to refuse - but if you can push past that, it will be an emotional roller coaster.