There are pros and cons to having DNA that can easily be identified through the achievements of other games. When a title feels similar to another highly regarded game, that can be positive, but it can also lead to something that lacks an identity of its own. Foregone, from prestigious mobile game developer Big Blue Bubble, is one such example that has several positive attributes, but few things that feel wholly original. With a story that seems to take inspiration from Halo, mechanics from award-winning hits like Diablo and Dark Souls, and art reminiscent of Dead Cells, Foregone could easily be the greatest game ever made. But because so much of the inspiration is transparent and seemingly duct-taped together, Foregone fails to coalesce into a product that amazes like its predecessors, even if it is still pretty damn fun.

The war-laden city of Calagan is no stranger to danger, but with a new threat at its doorstep, the citizens are forced to bring out the big guns. Known as the Harrow, this threat has the ability to revive the dead and corrupt them towards their cause, like the Flood’s place in the Halo universe. Between man and beast, the protagonist will have to fight through hordes of enemies on their way to freeing Calagan from the Harrow’s evil clutches. As the Arbiter (ahem), you’ll play as a super-soldier who must investigate the origins of the Harrow, while kicking some serious ass along the way. Beyond the world-ending enemy premise, you are given tidbits of more personal information about the Arbiter’s background throughout the game but otherwise are left to tackle the menace head-on in this action-packed title. While weaving this tale, Foregone doesn’t quite reach a point where you feel the story pays off, but considering the main portion revolves around gameplay, that is something only those heavily invested in story might be bothered by. 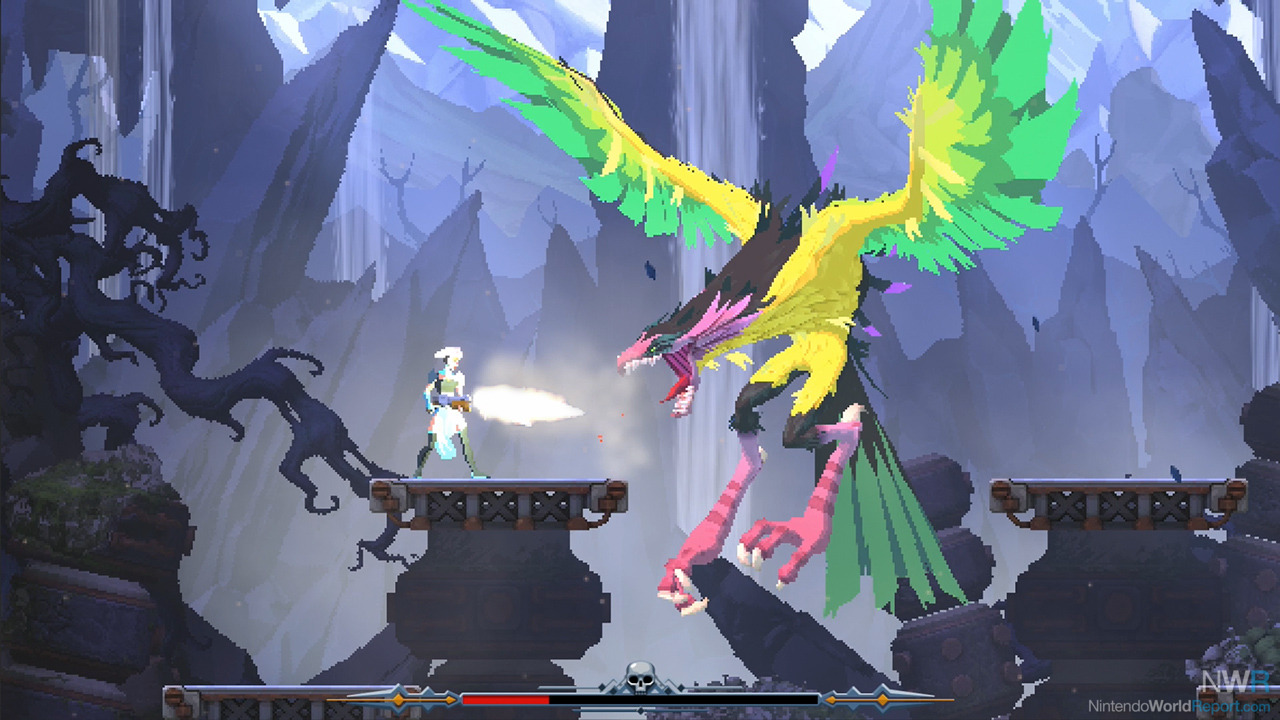 As an action-platformer, Foregone allows for fast and fluid combat with some platforming here and there to add to the depth of the levels. Playing fairly straightforward, it mainlines enemy after enemy into your path, where the crux of exploration and progression is based on moving forward through the swarms of enemies, not getting held back by puzzles or vertical challenges of any sort, thus making this one feel way more “action” than “platformer.” Luckily, the action is well-done, with several weapons and skills to choose from to allow for different builds to be made for the main characters based on player preference.

From getting in close with some shotgun-nunchucks to keeping things at a distance with a spear, you will have total control over how you’d like to play. Pairing that melee choice with a gun choice also adds to the strategy. Double up the close-and-personal vibes with some fast-striking daggers and a big-ole’ shotgun? Or get a little more frisky with a falchion-bow combo? Regardless it is a lot of fun trying all the weapon types out—getting a feel for them—so that you can make the decision as to what you’d like to stick with for your playthrough. From there, the loot is characterized by color (think Fortnite) and bonus attributes (à la Diablo’s magic items) that can add extra damage types or additional health. While providing a nice layer on top of the otherwise combo-laden combat, Foregone’s loot and attribute system are rudimentary when compared to something like you’d find in Diablo, based simply off of the lower number of options available across the board, but even so, it was good to have versus not having anything there at all. 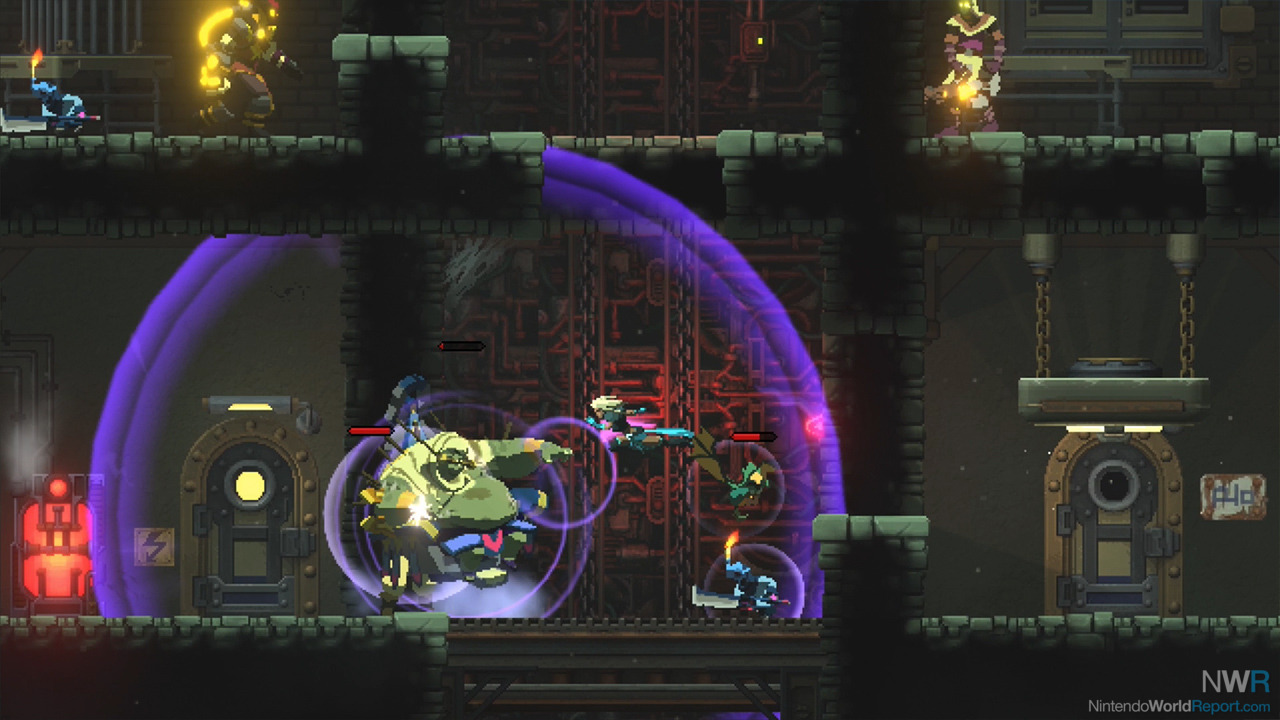 Adding in some roguelike elements, Foregone offers an upgradeable skill and currency system. While dying doesn’t reset the main character or the stages you move through, you can exchange the dropped blue and gold currency for weapon upgrades and advancement in the skill tree, which persists after death. In order to complete these transactions, you must return to the starting area to work through the vendors present there. This is another mechanic that works but doesn’t feel that interesting in this format.

Finally, the art style is a beautiful swath of pixelated colors that makes each boss battle look even more extraordinary. Vistas are created quite well, which helps take away from the lacking platform design. While the detailed pixel art makes everything come to life, the monotonous set of platforms and ladders across most biomes means you’ll be doing a lot of the same tasks, even if you see extremely different things.

Foregone is a good game from start to finish. The combat provides an exciting challenge, the art style is on point, and there are just enough mechanics mixed in from various genres to keep things interesting throughout. However, following the source material of the inspirations a little too closely means Foregone can feel like a lot of good ideas that don’t come together in a fully-thought-out package.