Prinny: Can I Really Be the Hero? (Switch) Review

I think I need a thumb replacement, dood.

Action-platformer Prinny: Can I Really Be the Hero is one of the hardest video games I have ever played. At times, it makes the first Mega Man and any of the NES Ninja Gaiden titles look like Animal Crossing. After nearly every session, my thumb was left throbbing from mashing the attack button, and my patience was worn incredibly thin by the end of my time trying to figure out if I really could be the hero. Rather than experiencing that relief and jubilation that comes from overcoming a daunting challenge, I was instead left with resentment at just how much those damn Prinnies demanded from me.

For those wondering what exactly a “Prinny” is, they look like penguins and come from the Disgaea series of turn-based RPGs where they serve as mascots. As servants of Master Etna, they are charged with procuring for her the Ultimate Dessert, and so they set out, one at a time, through a series of stages to defeat each end boss and retrieve a different ingredient for the dish. A single-screen hub features some characters to speak to and a save point, and exiting to the right takes you to the stage select screen. Initially, six stages are available and offer different difficulty ratings, but a final stage, a boss gauntlet, and maddening difficulty level are likely to extend your playtime a fair bit. 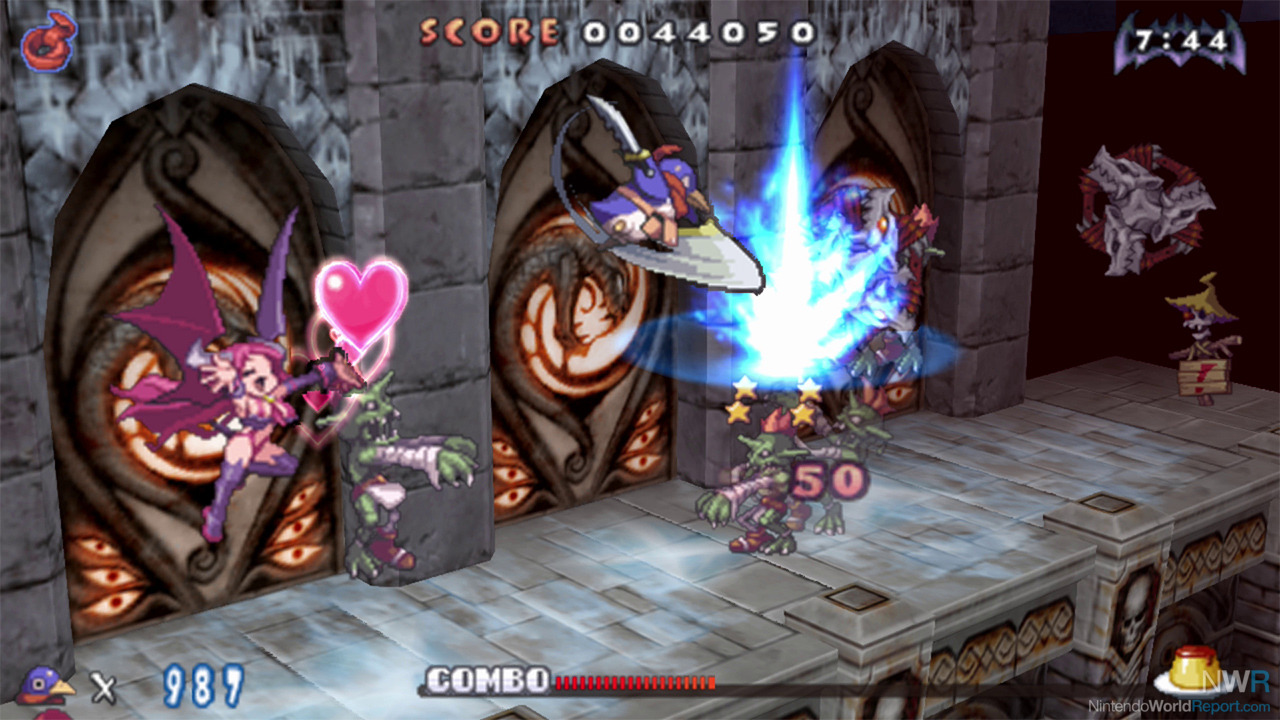 The tutorial stage teaches you the basics of movement and combat. Prinny (the one you are controlling until it dies) can jump, double jump, slash, and activate a mid-air ranged attack. It can also perform a hip drop to stun enemies, a spin to avoid attacks, and a dash to sprint forward. The jumping is reminiscent of Super Ghouls N’ Ghosts in that once you pick a direction for your jump, you’re committed to it. This combined with the tricky platforming and waves of enemies and projectiles gives new meaning to the word “punishment.” Attacking with Prinny’s swords and using the aerial attack are satisfying, but jumping away from or into danger is always a major risk.

The stages themselves feature multiple checkpoints, each one spaced out a reasonable distance from the one before. Reaching the next one always feels like a manageable task, until you’ve been knocked off a ledge by one or more flying ghosts or wraiths a few dozen times. Fortunately (or unfortunately), you have a total of 1000 Prinnies at your disposal, with a counter in the bottom left corner of the screen dropping by one each time you fall in a pit or take damage four times. I died over 300 times getting to the final boss, and I had to tap out given how much pain I was inflicting on my poor right thumb. Reading about the PSP version of the game, apparently you unlock a new ability after losing all 1000 Prinnies and starting a new game, but I’m not that much of a masochist. 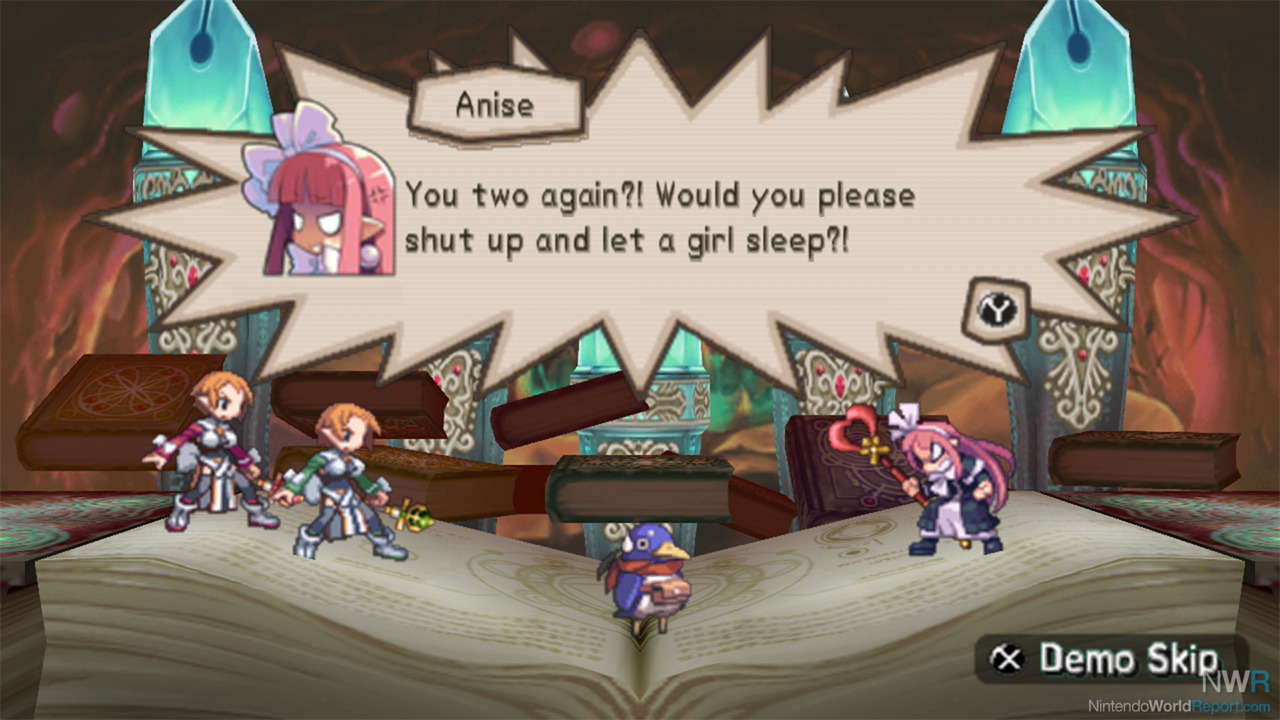 The bosses of each level provide a serious challenge, especially when you re-encounter them during the endgame. The basic strategy to defeating them centers on hip dropping on them to knock out their shield(s), which stuns them and allows you to inflict more damage with your attacks. Trying to win the fights without using the hip drop is possible, but would take much longer since your strikes do much less damage when the boss’ armor is intact. Given that the stun window is quite short, you’ll be jamming the attack button to do as much damage as you can before your opponent regains consciousness.

The end of stage brings a score screen that shows your time and awards a letter grade. It also indicates how many lucky dolls you found, and these seemingly can unlock extra stages or modes, but I didn’t come across a single one, so they must be incredibly well-hidden. Decent enemy and visual variety make the stages themselves feel unique, and the platforming and attacking require more and more precise timing as you progress through the game. I reached the final boss after about 4-5 hours, but expert players may get through even faster, and with fewer sacrificed Prinnies. 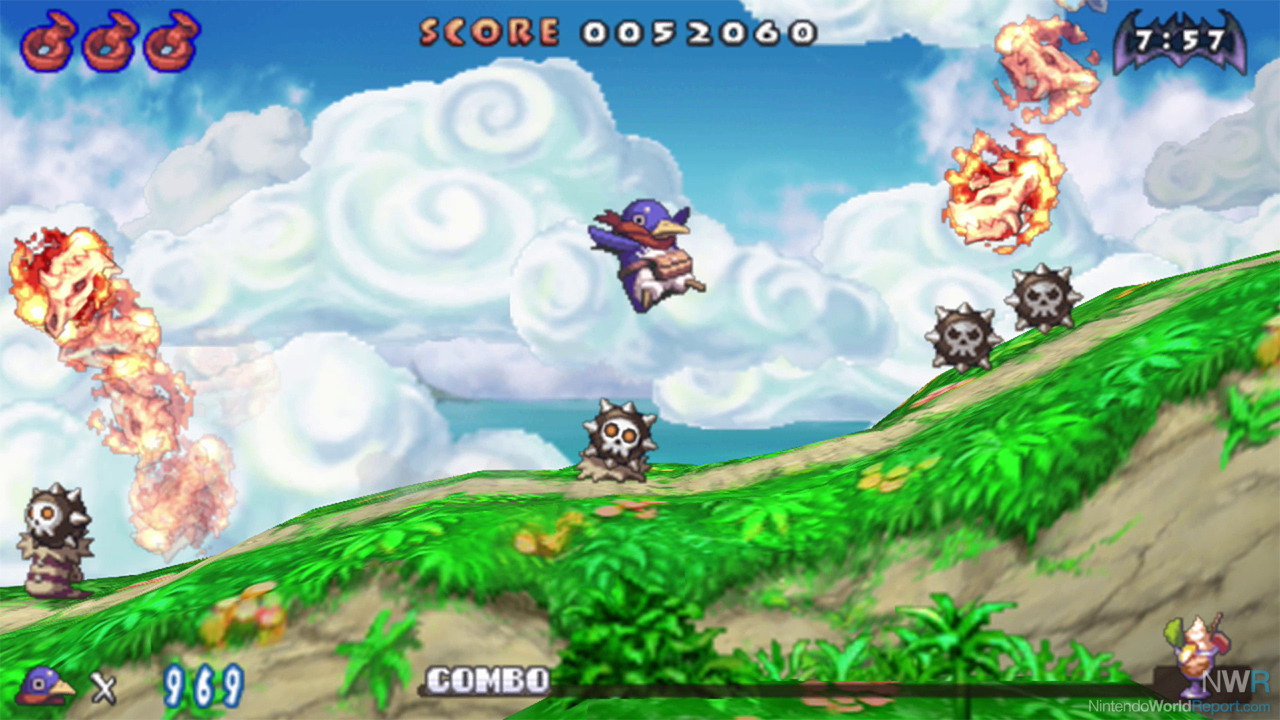 There’s a sequel to Prinny: Can I Really Be the Hero? that comes packaged together with the first game if you go the physical route, but on the eShop the two are being sold separately. You couldn’t pay me enough to play through the second game (Prinny 2: Dawn of Operation Panties, Dood!), and that’s not because the first is bad. It’s just incredibly taxing, both mentally and physically. If you’re in the market for an enjoyable but sadistic action-platformer and you have health insurance, consider posing the question inward: Can I Really Be the Hero? Sure, you can, dood. But you might want to meditate before and after each session. Calm, blue penguin. Calm, blue penguin.