Note: The developers reached out on Twitter to say that they’re working on a patch.

Freedom is a valuable currency in gaming. Whether it’s freedom from the heavy shackles of gravity, or an escape hatch into another world entirely, games provide welcome escapism from the everyday. Narrative-driven exploration game Lost Ember offers an interesting twist on this premise: freedom from selfhood, achieved by fluidly leaping between different species to play as a varied menagerie of animals.

The game’s release trailer sold this idea well. We see the main protagonist—a black wolf— sprinting through a bright landscape before becoming a hovering hummingbird, a rolling wombat, a swooping cockatiel, or a stampeding buffalo. It’s an intoxicating gameplay offer that seems like nothing so much as an interactive spin on the BBC’s Planet Earth. 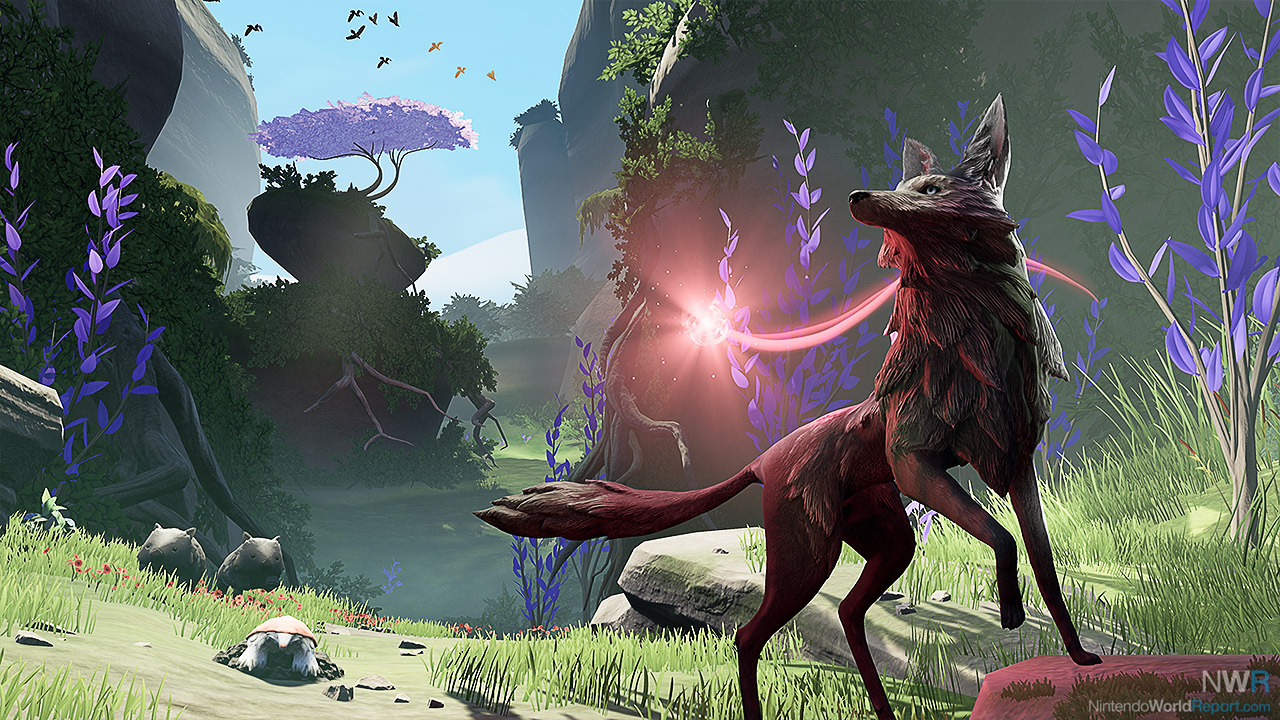 The game started promisingly enough as the nimble wolf ran through a colorful, familiar-yet-alien natural landscape. The grass blew in the breeze as the wolf passed downhill into a long valley. Rivers sloshed along merrily, colorful mountains rolled away into the hazy distance, and clouds of bright leaves passed overhead as I loped along shaded forest pathways. In full flow, Lost Ember has an invigorating, wind-in-your-hair kind of feel.

As the game progressed, however, various niggles started to present themselves. Some were to do with the game’s design. The wolf’s jump, for example, is an ineffectual maneuver, with low clearance meaning you bounce off even the humblest of roots or rocks. While exploring nooks and crannies of the world, you sometimes hit invisible walls that demarcate the play area, or “stick” to the scenery as your avatar jiggles against invisible geometry. 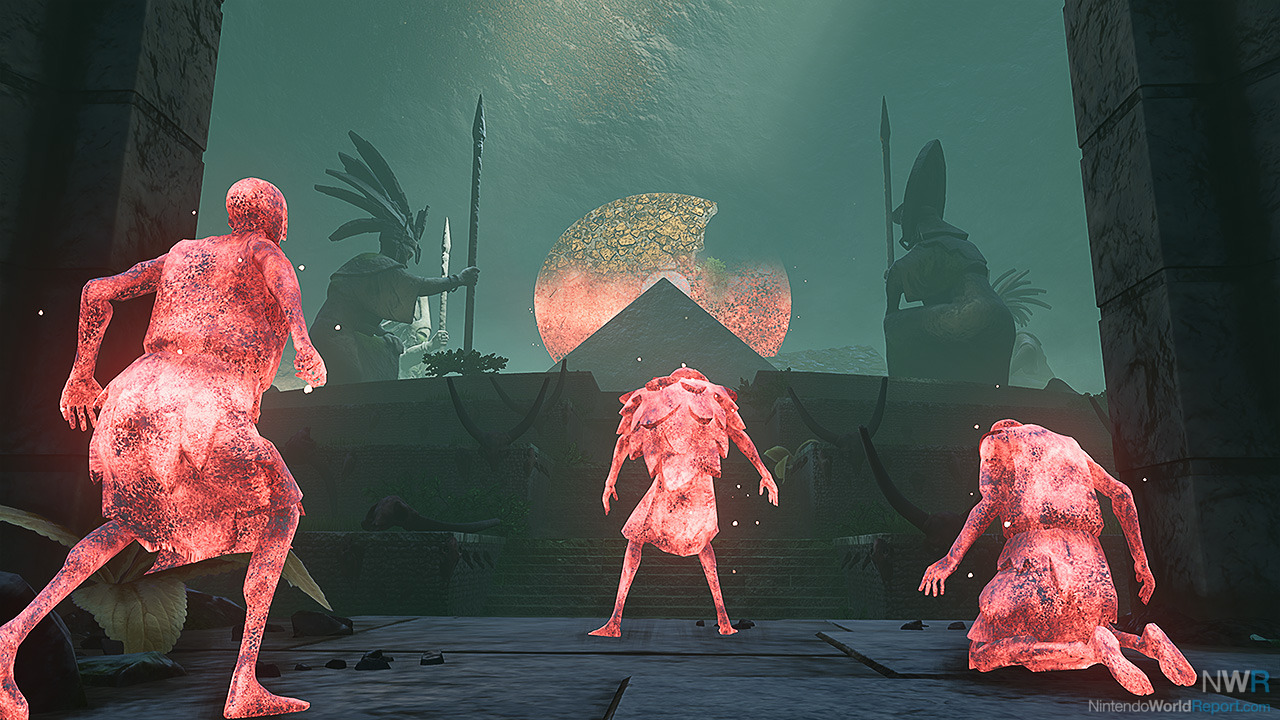 There are also some persistent performance issues and bugs. When falling for more than a second, for example, the wolf respawns nearby – sometimes into thin air, leading to a game-breaking death loop and a manual restart. Frame rate drops start off inoffensive, but become regular screen freezes as the environments become more complex. Lost Ember is a small-team indie title that was brought to fruition via Kickstarter, but nevertheless, a sobering adjustment of expectation was required as the bugs and glitches started to pile up.

The central “soul wandering” mechanic was a high point. Each of the animals you inhabit has unique abilities. Wombats can squeeze through tight spaces and burrows. Armadillos can burrow under walls to find secrets. Fish can dive through underwater ruins, and hummingbirds can fly over obstacles. It’s fun playing as new animals, witnessing their individual perspectives, and finding hidden collectibles. There are some QTE sequences that vary from confusing to thrilling as your creatures encounter storms or crumbling cliffs. Even though you’re generally with them for a short period, there’s always another around the corner, including some late-game treats I won’t spoil here. 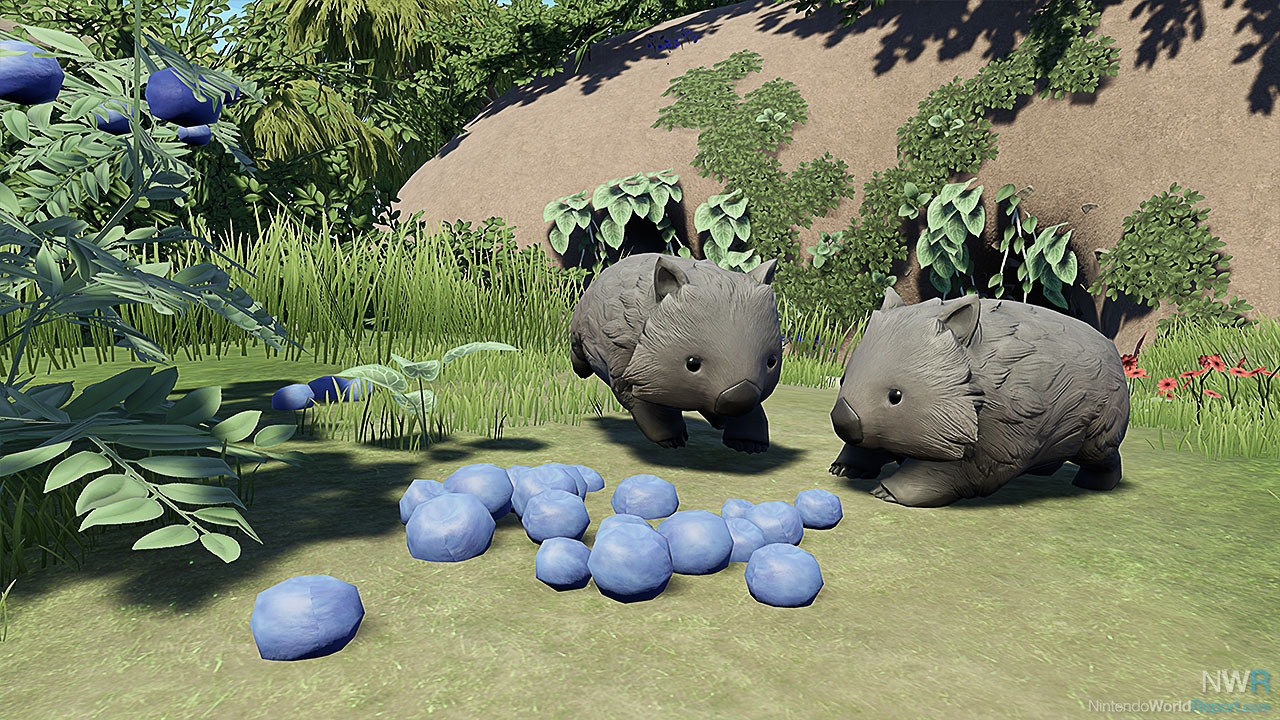 There’s also a reasonably engaging story, in which you accompany a lost soul who’s seeking the heavenly City of Light. As you progress on your journey, cut-scenes are triggered at smoking campfires that also act as progress beacons and checkpoints. You’ll discover your own storied past, and that of your disembodied companion, as well as the troubled history of the ruined realm. If you can look past some heavy exposition and dodgy voice acting, it’s a decent plot (tip: subtitles on, voice off).

Lost Ember is laudably ambitious and enjoyable in parts, but it’s hard to wholeheartedly recommend. If you’re prepared for some eyeroll moments as you reset the game because your wombat got stuck in a boulder, you’ll be rewarded with the spectacle of battering through walls as a buffalo, or soaring through rainbows as a hawk. At such moments of wonder, that initial escapist promise of soul-wandering through the animal kingdom feels tantalisingly close. But, in the end, the game’s limitations break the necessary immersion, and bring you back down to earth with a thud.