Fallout of a different flavor

Computer Role Playing Games (CRPGs) such as the Fallout series, to me, are often tedious, bloated-feeling experiences with punishingly difficult restrictions. Such restrictions include being encumbered and not allowed to move for holding too many items, making resources so scarce that calling each decision hand-to-mouth is generous, or skills and attributes that only work by min-maxing them to make you a powerhouse in one or two areas only. This is a forewarning for anyone like me—ATOM RPG falls squarely within that category, even more so since it appears to line-up more with the first few Fallout titles in format & style, swapping the post-Apocalyptic Americana with a radiated Soviet Russia motif instead. 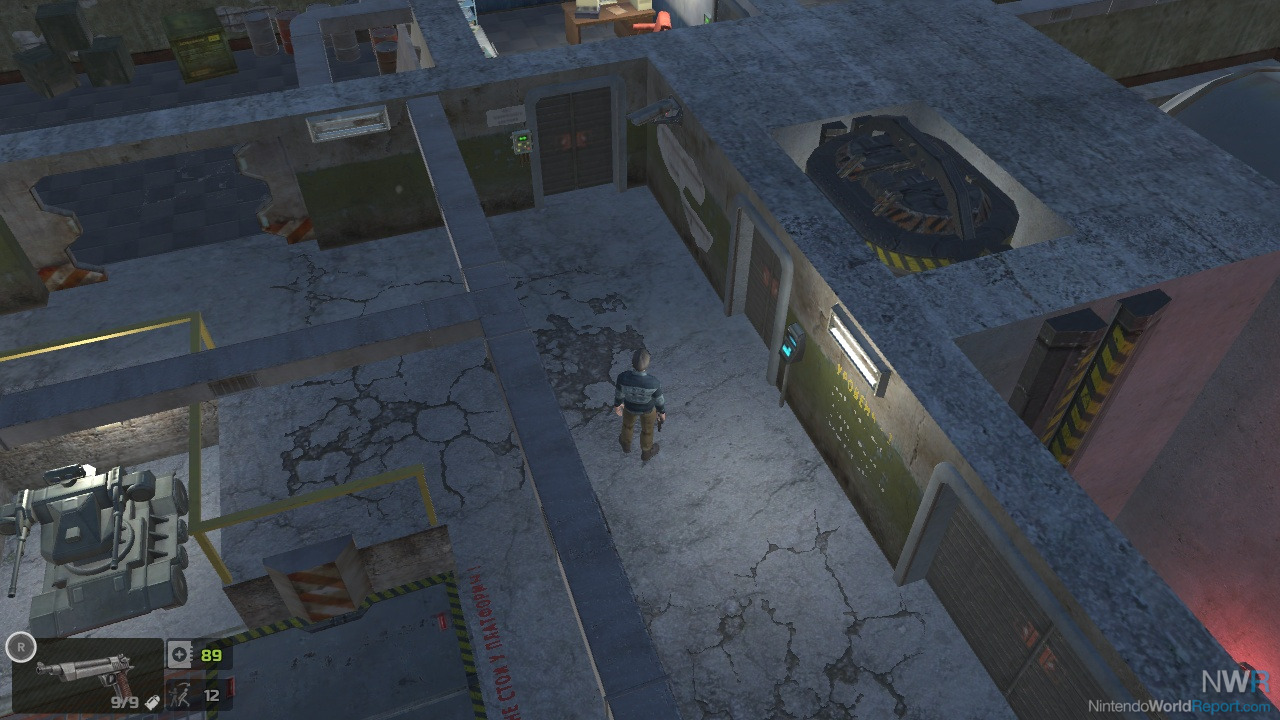 The story is straightforward: Mutually Assured Destruction happened in the mid-80s, bringing with it the advent of a post-apocalyptic world of scant towns, decrepit abandoned facilities, and scrap—so much scrap. As a member of the secret society A.T.O.M., you are sent out to find a missing search party (ironically), and are shortly afterward mugged by bandits and left with nothing. Combat is turn-based, using an isometric view with tile square movements and action points; offense and defense are affected not just by stats/perks chosen at level up, but weapons and armor you find along the way. Different points of interest like towns and vacant facilities are identified on the map, and as you walk from point A to B, random encounters will occur such as traveling caravans to buy and sell goods from (with Rubles as currency) or bandits looking to kill you and pick your corpse clean. For those sensitive to load times, know that ATOM RPG is rife with them: twenty seconds at a time every time you enter or leave a town or dungeon, have a random encounter, or explore some outpost. It was excruciating how much it broke up the action for me.

That said, I did my best to take ATOM RPG through its paces and give it the fairest shakes possible for someone predisposed to not enjoy it. I have for you a tale of two A.T.O.M. agents – Maria and Beavis (yes, Beavis was a custom name). Maria had Sex Appeal and was a Slick Dealer, two distinctions that made her a sliver-tongued devil (especially with men), but in exchange weakened her and reduced her carrying capacity. After the ceremonial mugging of the game’s introduction, she trekked to the closest town of Otradnoye, speaking to several locals, most of them with an understandingly myopic view of their plight and way of life. After picking crops for an old hunter and being given a shotgun without any ammo, she took on a job to get a copy of J.R.R. Tolkien’s “The Lord of the Rings” for the bartender from the distant town of Krasnozamenny.

Her walking across the wasteland was a slog. Slow, plodding movement in the overworld made the trek from town to other areas of interest an exercise in frustration. The wastelands were rife with random encounters, which coupled with the aforementioned oppressive load screens & times hard to swallow. The separate locations for points of interest or random encounters were smaller slices of map which felt more interactive like the towns, but they similarly were often a plodding event, having to wander that map with no indication of where people or buildings were. It may be more true to form for a wasteland, but it cuts into the fun. 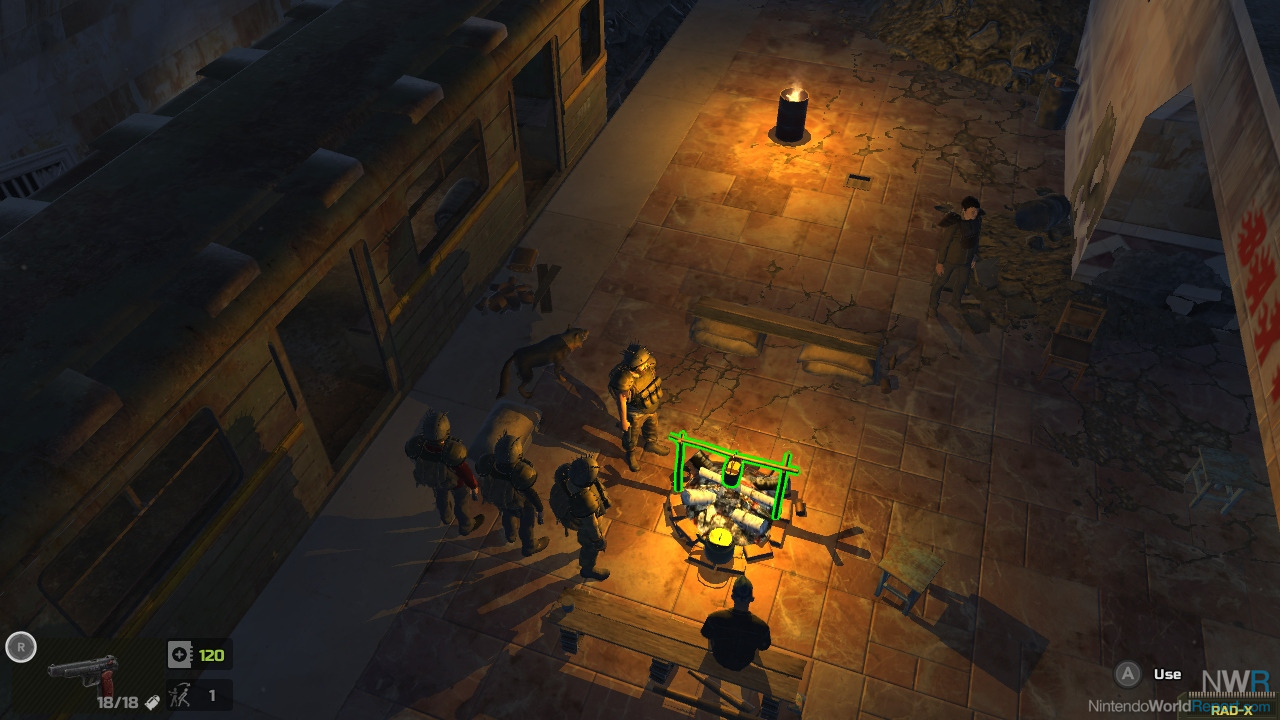 Maria encountered a trio of men at a campfire, all three frozen in a stand-off. The first one after some coaxing let her in on a secret: the other two men had been panicking about a tall tale of a worm that would burrow its way into the victim’s head, controlling its mind and rendering them unable to adequately recall all their memories. They had feared each other had been infested with them. Maria agreed to talk with the other two and report back, but all those conversations yielded was that each man was terrified of the other. Maria in a cunning act informed the first man that they were both indeed paranoid and plotting against him, planting the seed for them to turn on each other, but she didn’t return to see the fruit of her labor.

The travel was plodding, and hunger clawed at her health until remembering she could set-camp and eat a can of pre-war meat that somehow didn’t go bad. While checking the wastes for supplies, she encountered toxic waste that infected her with radiation poisoning. In spite of that, she eventually stumbled onto Krasnozamenny. While trying to find the bookkeeper, she noticed all the locals started speaking in strange reverse language, or worse, repeating that this existence isn’t real—she had contracted radiation poisoning! Without being able to find a doctor, she was left the only choice to trek back to Otradnoye, which she did but only with a sliver of life left. While still radiated, she was given treatment for the sickness and stocked up on food to regain her senses.

After being told of an abandoned Bunker 317 with possible treasures, she made her way there, encountering a trio of men who made a deal: if you explore and clear-out any wild animals or monsters, you can have whatever you can walk out with. It was too good a deal for Maria to pass up, and after clearing out huge nuclear ants that were scarier to look at than to battle, her physical weakness suddenly became clear—all those treasures she amassed were too heavy for her! She decided to drop everything except the most valuable items, figuring she could collect the remainder after finding a barterer. 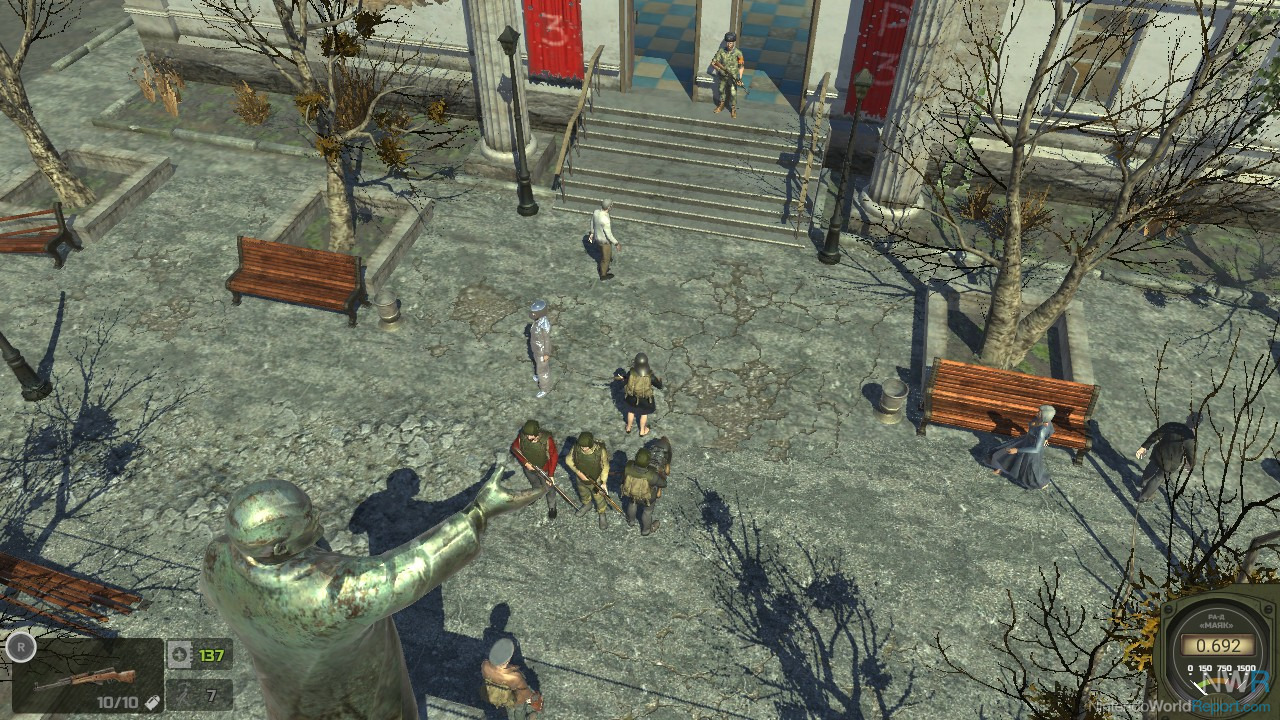 Upon leaving, she was accused by the group of hiding the best goods to be found later, and was ambushed. The trio were well-armed, with guns and knives. Maria was equipped with a brick. This is a common issue - if you make the wrong turn or get the wrong random encounter battle, suddenly you’re surrounded with several men armed to the teeth. The power imbalances are palpable. Maria didn’t have a chance, and the three enemies made short work of her. Because I saved prior to leaving the bunker, I was stuck in an impossible situation. Thus, ended the story of Maria.

Beavis, on the other hand, is a physically imposing man, a martial arts enthusiast with an aversion to tinkering with technology. He too helped the old hunter gather corn, but took the shotgun and sold it in exchange for a shovel and some canned meat rations. While also encountering radiation, he benefited from the inherited knowledge of Maria’s prior life and kept himself well-fed, allowing him to stave-off the worse side effects. He found a fortress where militiamen had set-up their own encampment. There he asked around of the soldiers who were all mum on details to a stranger, except for one who had been smoking a bit too much of the devil’s weed. Using this knowledge, Beavis told the fortress leader who then ran to reprimand him, and let Beavis ransack the office space for goods before taking his leave.

After making it to Krasnozamenny, he spoke the secret A.T.O.M. code to the bartender, who walked him back behind closed doors and confirmed his association with the organization, and agreed to group with you and assist in finding the missing expedition. They encountered a group of acolytes of a strange sect, led by a charismatic leader named Devi Christu, who questioned Beavis’ faith and showed to be incredulous at his indecision. After leaving, a member of a group called the Mushroom Cult asked him to track them back to Otradnoye, offering rewards for doing so and reporting back their plans. While Beavis saw the Mushroom cult as equally questionable in motive, he wasn’t about to turn down riches in such a barren wasteland, so he and his new partner started the trek back to Otradnoye.

In my two saves, I spent enough time to acquaint myself with the systems, understand the way the world works, and became a better survivor in the world of ATOM RPG. What makes it special is the world building through the character dialogue, learning how to play characters against each other to meet your needs, and leaning into your character strengths to uncover the outcomes you’re looking for. ATOM RPG isn’t going to make you a cult follower in the church of CRPG, but those who are already ordained there can likely overlook its dated look and flaws to find an enjoyable experience on the Nintendo Switch.