For a #goodtime, you can do worse than #Funtime.

Kudos to Developer One Guy Games for the naming convention of #Funtime. Beyond being what I imagine is an SEO dream naming convention, it’s somehow indicative of the game without describing anything about it. #Funtime is a top-down, twin-stick shooter, a genre well represented on the Nintendo Switch by now. With that in mind, it might be fair to ask—what distinctions does this one have that makes it worth checking it out? 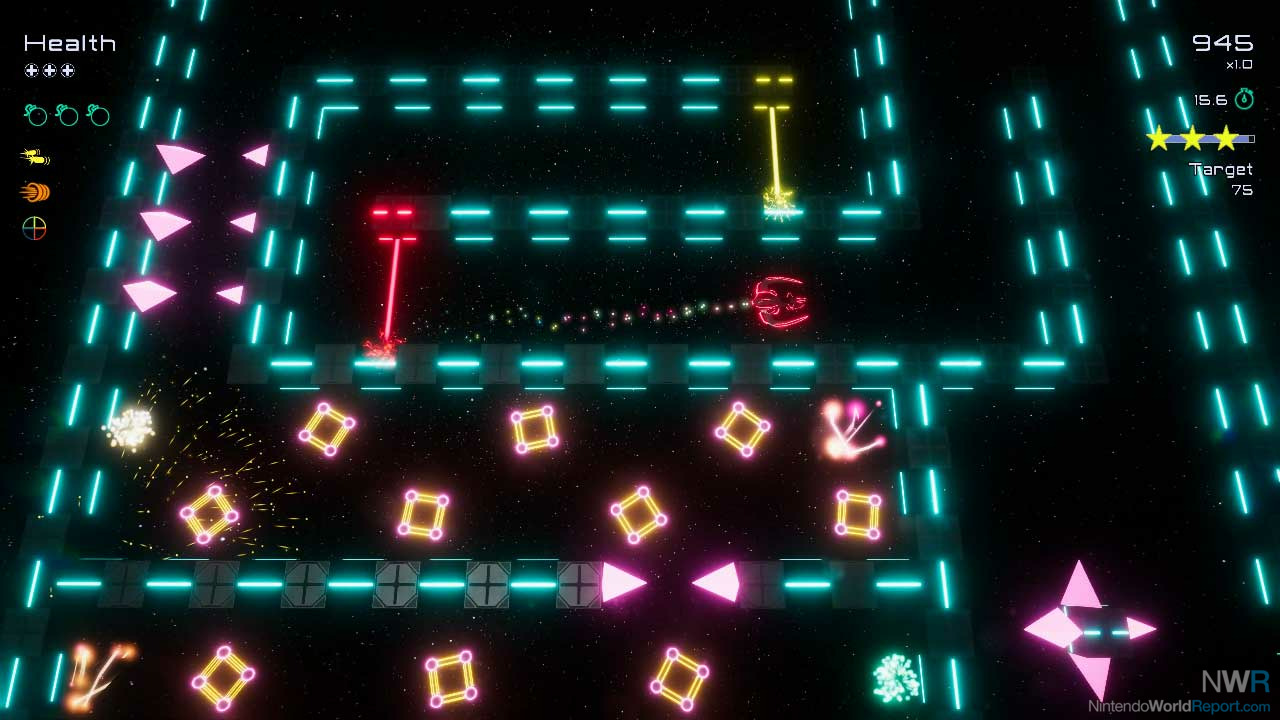 Starting with controls, #Funtime has a silky-smooth, blistering speed that is unmatched in recent games of this type, at least that I’ve played. The speed creeps right up to the border of too fast without crossing it, making zipping in-and-out of tight spots between projectiles and hazards feel so, so good. Regarding gameplay, the main distinction between #Funtime and its peers is a color-swap mechanic, mapped to the directional buttons on the left Joy-Con. Shooting enemies often yields collectables that increase a score multiplier, a critical task to get high scores, but the multiplier ends when you get hit. The four primary colors red, blue, green, and yellow match enemies and hazards, and timing it right can allow you to pass-through them without blowing up. It’s a clever idea that is easy to understand, but hard to master—not only because of the coordination it took, but also the awkward positioning I had to take to both move and switch colors. If you don’t have a thumb that can both move the stick and hit the buttons below it with its side, then you’re going to have a #badtime.

There is a challenge mode and five different arcade modes. Challenge mode is a series of levels with different objectives and a 3-star rating system using the different level types from the arcade mode. Survival and Large Survival provide an endless barrage of hazards to shoot and avoid until you’ve run out of lives. Open survival is the same concept, except with an endless space to navigate. Waves plops you in a constrained space, and metes out enemies in, well, waves. Escape mode had me navigating a maze, avoiding traps, enemies, and hazards to reach the end point. There are even more quirky ones like Wrecking Ball, where a colored ball is tethered to the end of your ship and hitting enemies with it is the only way to score points. The challenge mode provides a nice set of goals to reach while teaching you the ropes, and the arcade mode feeds that need to reach for the stars with high scores. 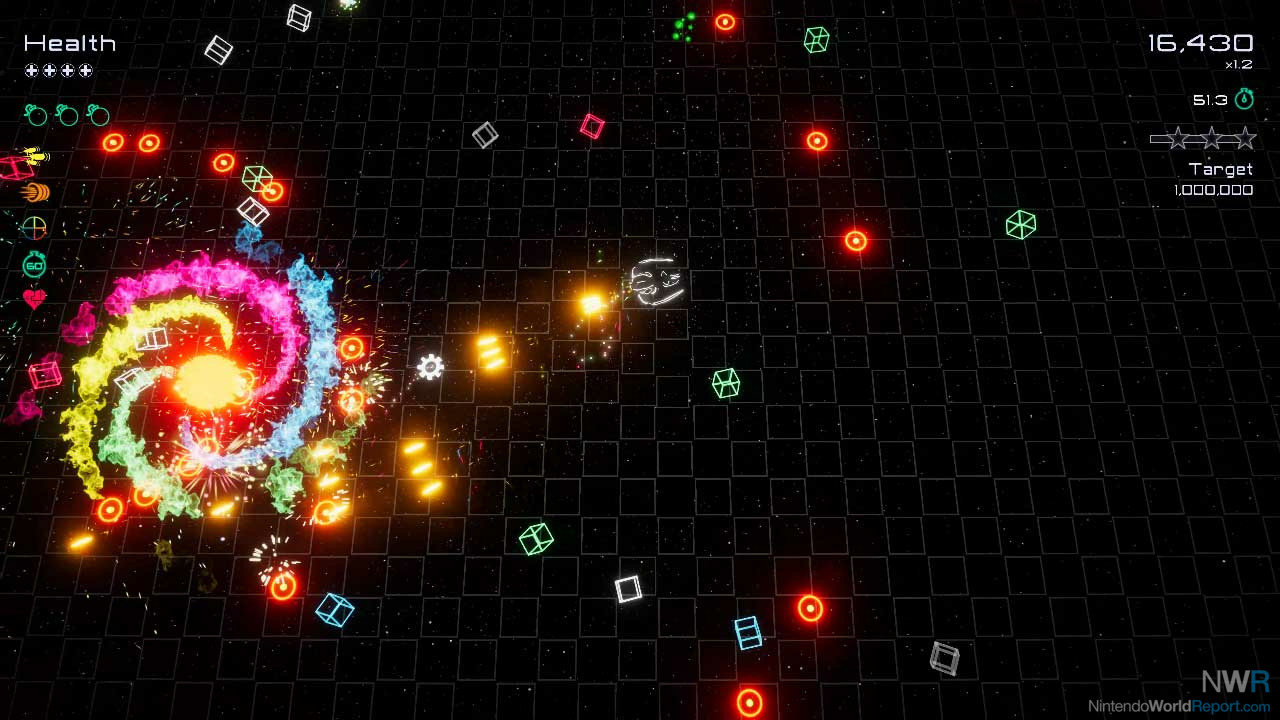 The simple, clean aesthetic of black background with white or grey gridlines pairs nicely with the neon colors, although I can’t help but think that style has become a bit overplayed. It’s not #Funtime’s fault—it is a look that stands-out, and I imagine that it’s tough to stand out as a twin-stick shooter, but over the past few years I’ve seen several games that use it. The music’s techno sound and upbeat tempo similarly match well with the style.

All that said, I can’t fault #Funtime for being overly familiar within the twin-stick shooter genre when the core of the game feels so good to play. Not only that, but the diverse level types and modes make it so that once I beat the levels, I found myself having just as much fun going back to them, attempting to earn three stars on as many as possible before giving up in frustration at my own lack of coordination. Some clumsy button placement with color swaps and an overplayed style isn’t enough to keep me from giving a solid recommendation to this game with a silly name.