Horrors from the deep never felt this much fun

Fight Crab on paper sounds like the most “video game-like” video game that ever existed, but in execution it has a lot in common with B-movies. Gigantic fighting crabs using all sorts of different weaponry to take each other out in odd locations is really something that sounds like a Sharknado spin-off. The result doesn’t always hit the mark, but it is definitely something entirely its own. 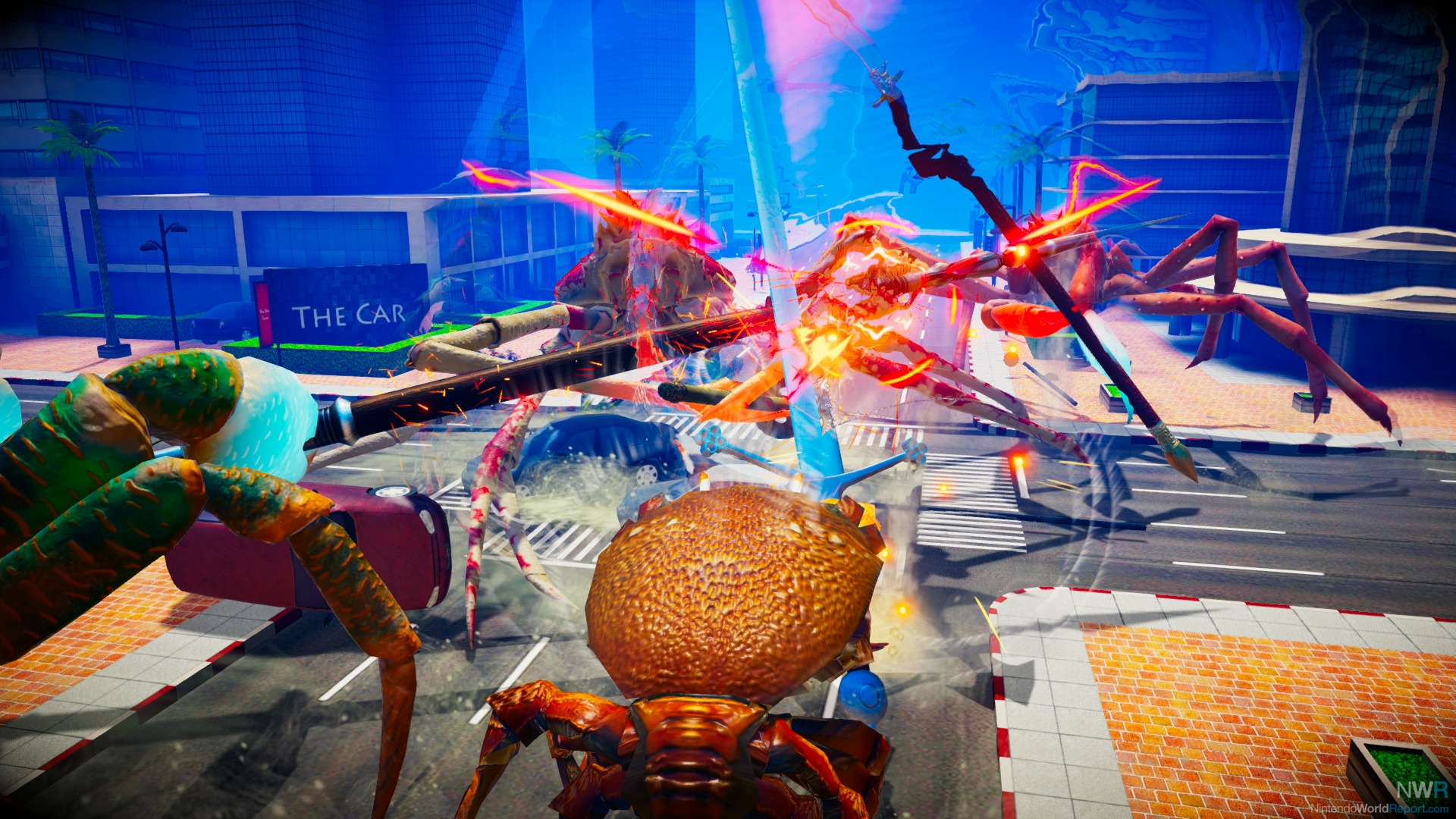 How can I describe Fight Crab’s gameplay? Imagine if The Legend of Zelda: Skyward Sword and Octodad: Dadliest Catch had a weird crustacean baby and you’re nearly there. In Fight Crab, you control all sorts of crabs, lobsters, and other aquatic creatures in battles to flip your opponent onto their back. The intrigue of the combat comes from the fact that, like you might expect with crabs, you control the claws separately for these fights. Pinchers can be used to grab the claws of other enemies, but also to hold any weapon or environmental objects. You can deal blows using the triggers, but positioning of the arms is done using the joysticks. While the main goal is deceptively simple, dealing damage is what allows you to flip over enemies with greater ease. Blows can be blocked by placing your arms in the opposite direction from your enemy, similar to the sword combat from Skyward Sword.

All these elements put together make for a somewhat wonky and, at times, odd feeling fighting game, but this also represents Fight Crab’s charm. Clashing in combat with photorealistic lobsters and coconut-crabs while also sporting gigantic hammers, swords, batons, and revolvers makes for some unparalleled spectacle. Controlling movement is done using the D-pad, but it is limited to sprinting or moving in a singular direction. Having to control the arms at the same time, this means that combat can get hacky and imprecise fairly quickly. I found myself often just sprinting into opponents and trying to flick them upside down using the claws, rather than going in with a specific plan. There’s also a last-resort option in the form of Hyper Mode, during which your attacks are powered up and your crab can unleash an explosion to knock back the competition. There is also a way to fire laser beams from your pinchers during this mode, giving you additional options to take out your target.

There is a lot to Fight Crab’s combat, but some of it does get lost in the chaos that ensues while fighting. Thankfully, Switch performance hasn’t been too much of an issue. There can be a little bit of slowdown in between fights, but I rarely encountered any major frame drops. However, the gameplay does get rather repetitive quickly. While there is an extended campaign mode and a ton of customization with regards to your choice of crab, stats, and equipment, in the end battles tended to come down to physics and a lot of luck. Sure, there are tactics you can employ, like grabbing your opponent to hold them down and deal more damage, but most of the time I just started whacking away at the other crab to get them to flip over easily. This doesn’t mean there is no fun to be had, but this game is designed for multiplayer in short bursts. It’s one of those games where in the right mood, the jokes will write themselves just because of the sheer absurdity. Who can’t help but laugh when you’re maneuvering a large coconut-crab with a revolver and a broadsword on a kitchen table fighting a lobster with a shuriken. 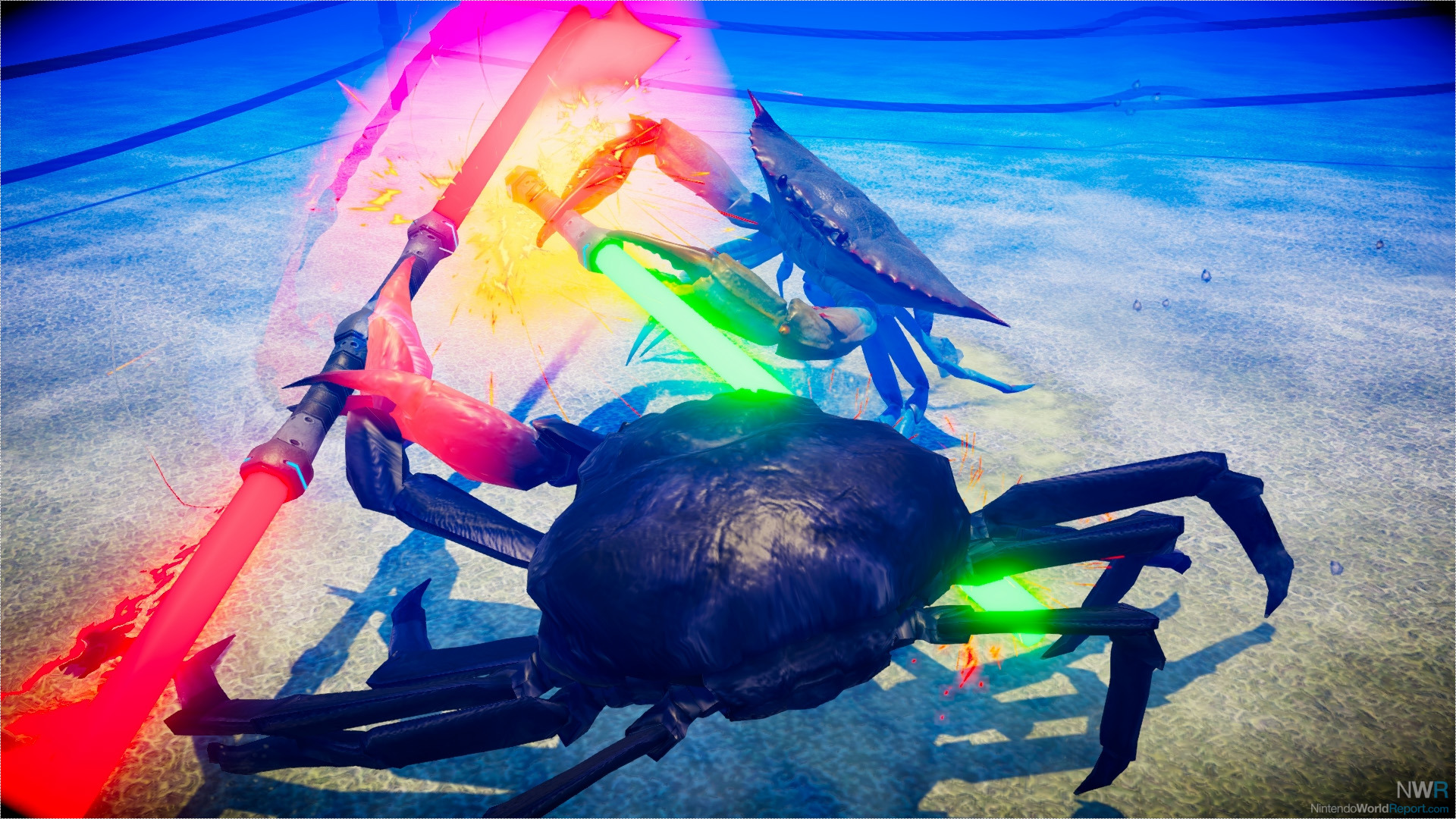 Fight Crab embodies the feel of a B-movie in its execution. That’s both a blessing and a curse. Some of the time the game can feel clunky and repetitive, and it doesn’t give all its ideas time to breathe. But when the battles heat up, crabs come in (literally) guns blazing, and the game goes full on absurdist; there is nothing quite like it. If you are looking for a deep fighting game, I guess you might be able to find it here, since it does have a style all its own. Personally, however, I can’t wait to play this at parties in the future and have my friends duke it out as gigantic crustaceans. You might not play Fight Crab every day, but if you're looking for a unique and slightly odd multiplayer pick, I think you might have a blast with this one.