A clever ‘90s PlayStation comes to English for the first time with visions of Undertale and Majora’s Mask.

Moon is unlike any RPG I’ve played before. Or maybe to put it differently, the fact that this game originally came out on PlayStation in 1997 (Japan only, unfortunately) is mind-blowing for how much it predated games that it feels like it’s inspired by. There’s the clear throughline of Moon having some EarthBound feelings and influencing Undertale, but the more striking comparison to me is how it reminds me of The Legend of Zelda: Majora’s Mask, but with way more complexity and oddity as well as, well, no combat to speak of. Moon can be a tough nut to crack, but if you can take the time to get to the center of this forgotten ‘90s legend, it’s an endearing and enduring masterpiece. 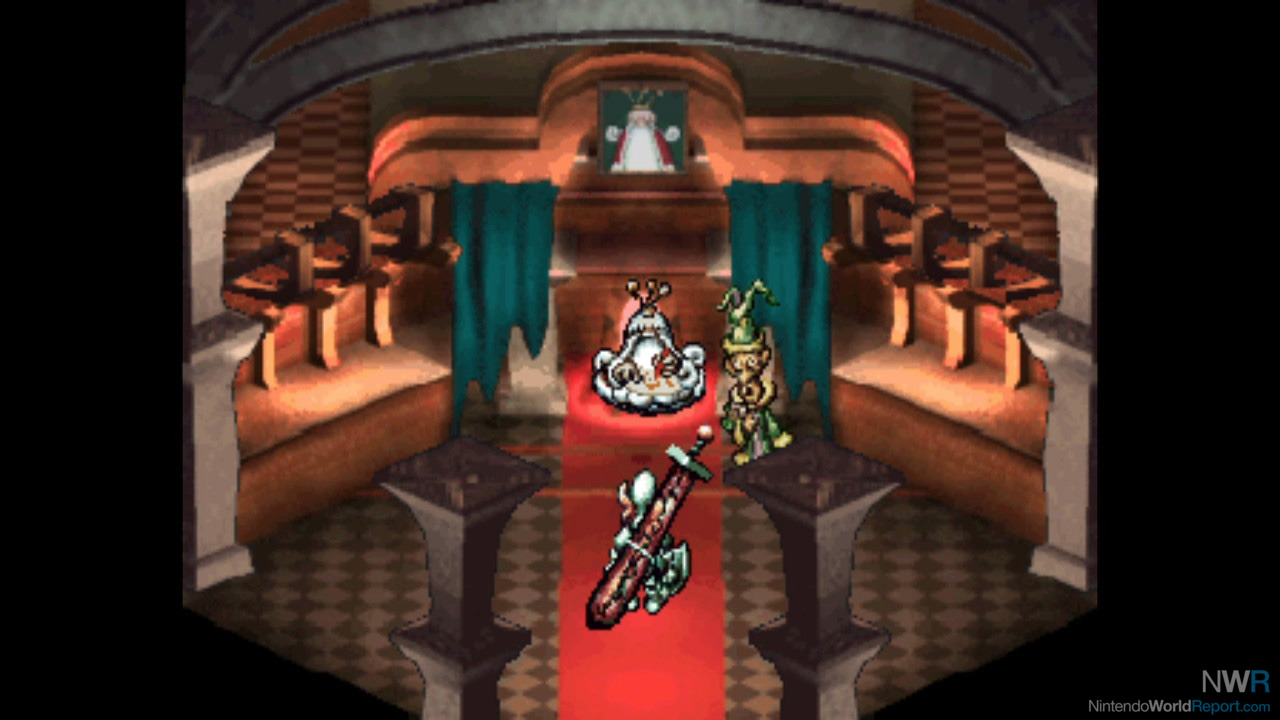 A meta-commentary runs throughout this non-aggressive quest as your invisible hero tries to repair Moon World by showcasing love throughout the realm. A game-within-a-game structure kicks off the action as you, as a video game-loving child, boot up a new game and play through what seems to be a typical Super Nintendo-era RPG. The king says a dragon has eaten the moon, so the sword-wielding hero takes to the streets to find out what’s up. He pillages townspeople’s homes. He blows up enemies with lightning powers. He murderizes bosses. Soon enough, you finish the game. Your in-game child tries to go to bed but is sucked into the world of the video game. Invisible to all until finding some clothing, the game hints at your greater purpose. The hero did not save the day. He just pillaged and plundered. This world is in ruins. People are unhappy and lost.

Here’s where Moon can get frustrating. You come into this world and are soon tasked by Gramby, a character who knows more about you than even you do at the time, to go complete a simple quest: pick up bread from the baker. Do the quest and return to Gramby to earn some love, which can be used to level up. Then, you might just pass out and have to do it all again. Why? Well, in-game, this isn’t explained clearly. The only time you can save is when sleeping and, especially early on, you have limited energy so you have to sleep often. If you run out of energy, you lose everything you did that day and start over. The UI and menus are hard to figure out, so much so that Moon’s developer posted the instruction manual the weekend of release to help clear things up. Yes, if I had played this game in 1997, I would have had the instruction manual on hand and this wouldn’t have been as confusing. However, it’s 2020 and the fact no such explanation, even in the form of a digital instruction manual, is included is a major bummer. Requiring players to go outside of the game to get answers just places Moon more firmly into its niche. Through and through, Moon is a PS1 game from 1997 that has a brand new English localization and no other visible refinements. Thankfully, that original version is still incredibly enjoyable once you get past the rather sizable speed bump at the outset. 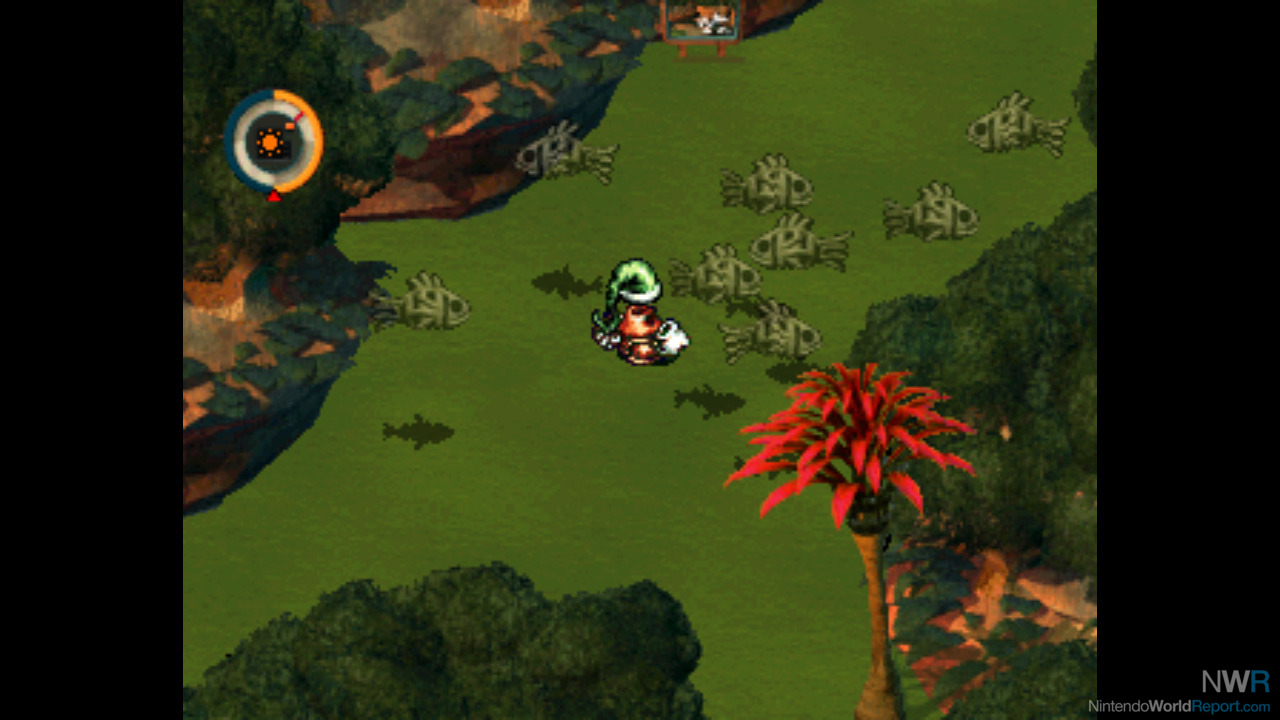 As I settled into the rhythms of the gameplay loop, I fell in love with the world in short order. Your starting town has so many people to discover, whether it’s the guards that do different things on some days of the week, the friendly barkeep, the off-kilter baker, or the king and his chancellor. Your goal is to watch these different characters, see what they do and then try to help them so they feel love. You then accumulate that love and level up. Reaching new levels is the main progression, as that increases the amount of energy you have. Early on, the level ups can come fast and furious. While you can barely stay up for part of a day initially, you soon can stay up for more than a day and even longer than that. That helps because some later quests require that longevity.

Going deep into the specifics of why these character interactions are charming defeats some of the purpose, but everything has a specific brand of off-kilter weirdness that feels otherworldly but also familiar. The writing and characterization does a fantastic job of giving preposterous scenarios and people relatable emotions and feelings. The character designs are bizarre and the noises from different NPCs is almost unsettling, but your hero is truly just trying to help them, even if it’s making a plant happy so you can be swallowed whole by them for a wacky fast-travel system. 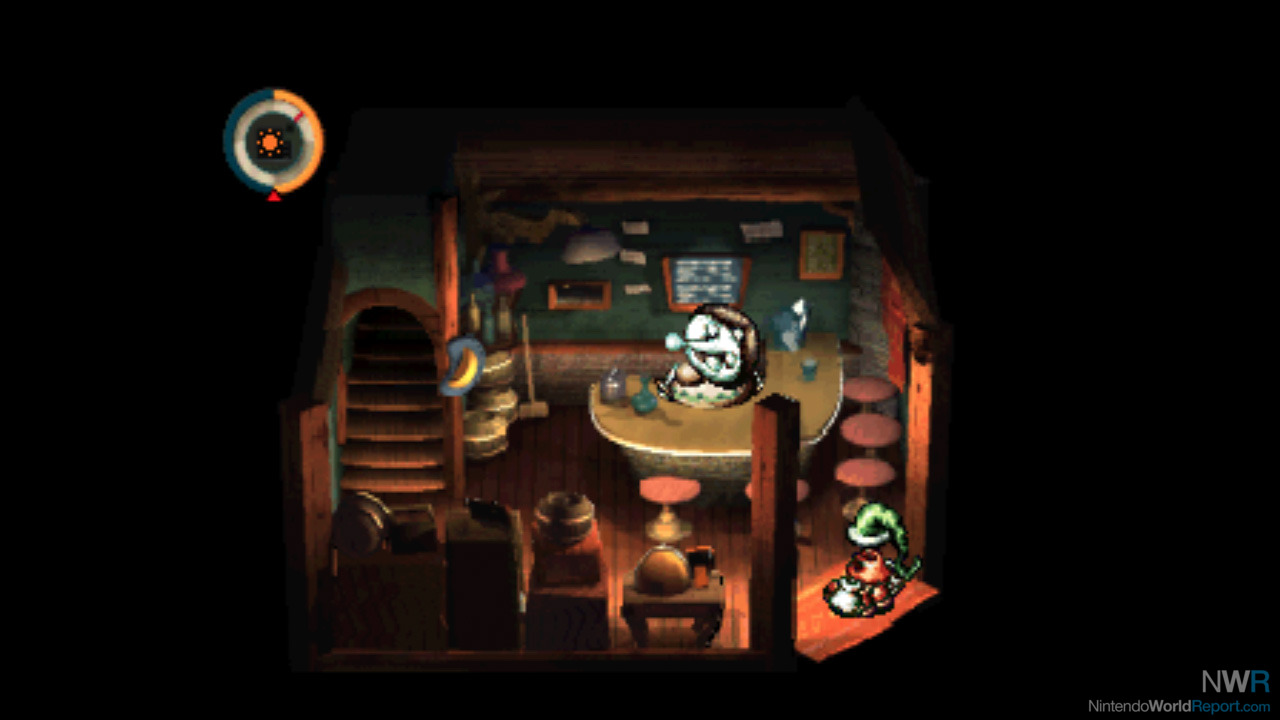 In addition to those quests for love, you can also save the creatures that the hero killed on his destructive path to supposedly saving the day. Littered across the world are the corpses of different critters, each with a short description that hints at how you can catch their soul. Some are easy, like the slime who just shows up near his corpse, but others are convoluted, requiring you to solve puzzles and use living characters to trigger their spectral appearances. A few of these must be solved to progress to the end, but a wide number are optional. You even check in at your home for a status update on how many you have gotten.

Between the souls to catch and the people to make happy, Moon can be overwhelming, even more so with the shockingly detailed seven-day schedule. While some characters repeat roughly the same routine every day, a number of them do different things on specific days of the week, which is something that can get really obtuse. I’m impressed by the intricacy, but especially as I got closer to the end and tried to figure out some character’s deals, I had to just spend a lot of time waiting around to see what they do. Once again, it’s something that for a game in 1997 wouldn’t be as much of a shock, but for 2020, this can be a killjoy. I look to, for example, what the similarly structured Majora’s Mask did in its 3DS remake. Having something even remotely like the more detailed Bomber’s Notebook could have smoothed out the rougher edges of Moon. Getting to the bottom of all these mysteries is most often fun, but when it doesn’t land, it’s a drag. 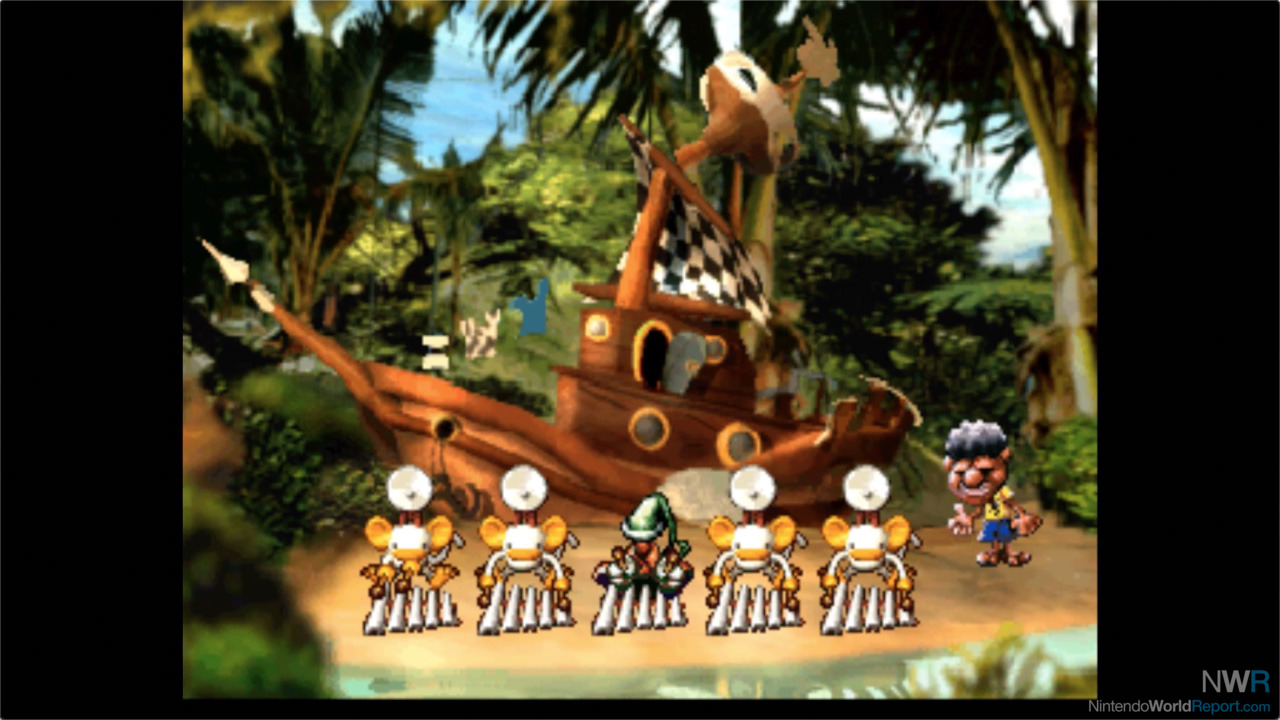 That’s where the legacy that Moon leaves is maybe more notable than the game itself. The original developer - the short-lived Love-de-Lic - is made up of ex-Squaresoft designers, some of which had experience with Super Mario RPG. Love-de-lic disbanded in 2000, but the seeds spread all across video games, often carrying on and arguably improving the spirit found in Moon. Nintendo-friendly dev Skip Ltd. would go on to make Chibi-Robo, Giftpia, and Captain Rainbow, which heavily revolve around the concept of making people happy. Vanpool’s Tingle-starring DS game is also Moon-esque, and so is their contribution to the Paper Mario series in Sticker Star, Color Splash, and The Origami King. Even Onion Games, the studio also made up of ex-Love-de-Lic devs and bringing Moon out now, is still making games that twist and turn tropes in video games with Blackbird and Dandy Dungeon. Even through whatever frustrations can occur while playing Moon, the importance of its influence looms large, like the moon hanging in the sky.

Overall, the overwhelming majority of my time with Moon was whimsical and memorable. I enjoyed the remixed take on the traditional RPG and the meta-commentary it provides. Exploring the world and uncovering its intricacies in the quest for love was enthralling when it wasn’t revolving around waiting for something to happen. I love so much of Moon, but the barrier for entry could be high for some as it definitely requires an instruction manual and maybe a visit to a guide or FAQ. That being said, it’s a pleasure to be able to experience this 23-year-old game in English after all these years, even if it aged a bit.