On the highway to help save the family restaurant.

Driving simulator Road to Guangdong is a narrative adventure where a niece (Sunny) and her Guu Ma travel around China to speak with family members in the hopes of saving Sunny’s late father’s restaurant that has been bequeathed to her in his will. While the story and character interactions are interesting, the actual driving from place to place is plodding and aimless. Your mileage may vary definitely applies here.

The game begins with the two main characters and a bit of backstory about the restaurant and their journey. After this, you’re introduced to one of the main gameplay mechanics: maintaining the family car (affectionately named “Sandy). You do this by moving around the car in first-person and highlighting different parts to refill the oil and gas or fix a broken tire, for example. With Sandy filled up and ready to go, you travel to the restaurant to talk about what’s next for Sunny and the business. This is where the game’s glaring flaw rears its ugly head. 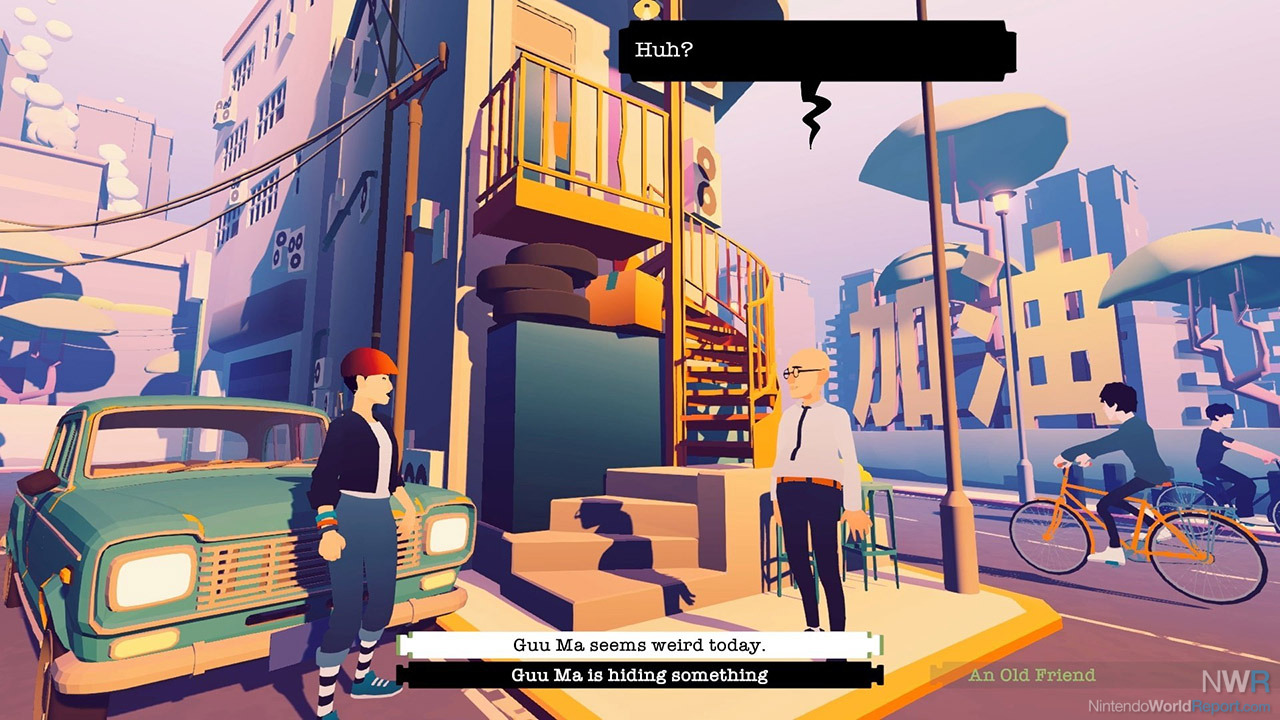 The driving segments are a mix of frustrating and boring. Nearly all of the travel occurs in a straight line, so the only gameplay is accelerating to a moderate speed, keeping the car straight, and occasionally pulling over to top up any fluids that are running low. You can buy gas, oil, and other parts at garages that appear periodically, and if you get stranded, you can spend money to teleport to the nearest one. You only have a set amount of money, but you get more after visiting each of the different relatives in specific cities in China. Early on, the scenery is mostly the same repetitive city streets or grasslands, but the variety does improve later in the game. You can also turn on the car’s radio to listen to a couple different types of music, but given the monotony of the driving, it’s actually a great podcast game.

When you arrive at your destination, you meet different members of the Tong family, like Sunny’s Maa Maa or her Guu Guu. The interactions with the characters involve a few dialogue trees and some choices, too, and these can have consequences. One situation involved spending time with Loi Loi on Sunny’s sister’s farm; the young girl didn’t want Sunny to slaughter her pet chicken for the family’s dinner, and so I helped her hide the bird in a kitchen cupboard. Even though the situation resolved somewhat amicably, my dishonesty dissuaded this branch of the family tree from attending the Spring Festival dinner, to which others I visited had already been invited and accepted. The element of consequence adds a gravity and weight to the conversations that makes them even more compelling. 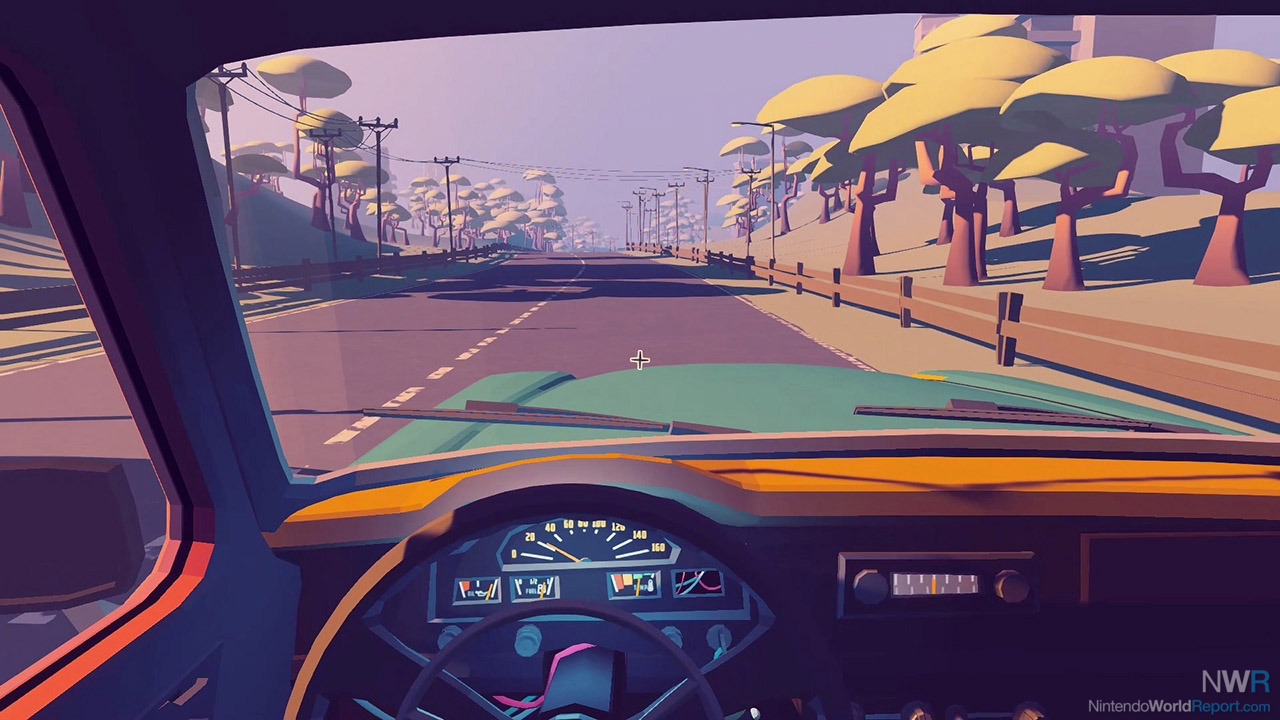 Regarding performance and presentation, the visuals are fairly basic and work okay given the focus on story, but their simplicity does no favors for the driving segments. During these sections, the game slows to a crawl, making the driving even more torturous. Hitting a wall and needing to do a three-point turn to reverse course is an exercise in futility. The automation of the driving mechanic would actually have done wonders for the overall experience. Less is more, even on road trips.

The Road to Guangdong is paved with good intentions, but ultimately it’s much more of a bumpy and boring ride with a few pleasant stops along the way. Had the focus been less on the driving and maintenance of the family car and more on the family and their relationships, the handful of hours it takes to see the story to completion would be much more of a pleasure cruise. If you’re willing to overlook the time spent behind the wheel of Sandy, there’s a worthwhile and unique narrative to uncover here, but Road to Guangdong is a difficult recommendation nevertheless.