A buzzer beater that bounces off the rim and just feels like last year’s game again.

Typically, the September release of NBA 2K is the signal of a new season, coming after the offseason, major free agent movement, and wild trades. However, for NBA 2K21, the previous season is still going on. As of this writing, we’re barely halfway through the playoffs from the 2019-2020 season, but now we can play the new game based on the 2020-2021 season that we still don’t have the details of. In addition to that bizarre, unique situation, this release of NBA 2K on Switch is already a half-measure because the bigger deal is the forthcoming next-gen version for the new Xbox and PlayStation consoles. This is just an appetizer for a more impressive version of a game Nintendo fans probably won’t see. While the pandemic sweeping the world obviously gives a reason for why NBA 2K21 on Switch is more of the same, that doesn’t excuse the fact that, quite frankly, there isn’t a whole lot of new here. There’s not even really a roster update since, well, last season isn’t done yet.

For the most part, the basic NBA 2K experience is still solid. One major bone of contention has already made the first weekend of NBA 2K21’s release wild. The shooting system was completely revamped this year, but as it was implemented initially, the difficulty for shooting the ball went through the roof. When I first started playing at launch, I was wondering why I was suddenly hot garbage at this game. I wasn’t alone and the developers implemented a hotfix two days after launch to provide a gentler experience on lower difficulties. The new shooting mechanic is heavily reliant on more exact timing, which takes a lot of getting used to and isn’t exactly user friendly. It’s a neat twist that adds a different challenge to the game, but also, it’s good to see the developers smooth out the overall experience. 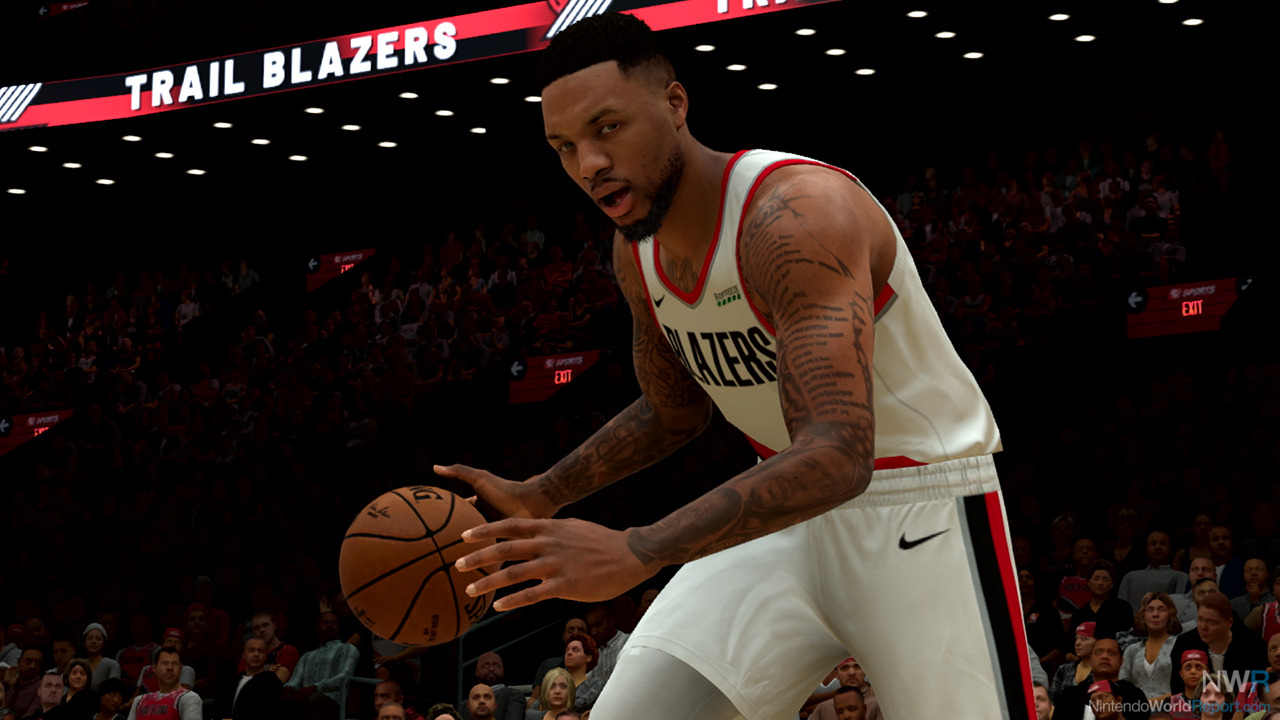 Aside from gameplay, your requisite modes are here: MyTeam, MyCareer, MyLeague, and MyGM. The microtransaction-heavy MyTeam mode saw the most changes and tweaks from last year, adding in a whole lot more to do with the card-based team builder. The big hook is that there is seasonal content and weekly challenges to partake in. A lot of this leans into some of NBA 2K’s more nefarious microtransaction-focused concepts, and this historically has been a mode I’ve never gotten that into, whether it’s 2K’s version or EA’s Ultimate Team modes. I’ll admit: the way 2K has structured their MyTeam content here is somewhat nice. It’s still a variation of pay-to-win, but there is a lot to do with the current season. However, while the Xbox One and PlayStation 4 MyTeam content transfers to the next-gen releases, your Switch progress is locked to this platform.

MyCareer is the story-based mode where you create a prospective player and take them from high school to the pros. Like past years, the writing and performances are sneaky good, but the trick at play in this mode has worn thin. I do appreciate that you have the option to skip the prologue and go right to the NBA with your player if you want to, but that almost just admits that the process to go from high school to the pros is a slog to begin with. MyCareer might be the only game mode that features dramatically new content, but it just feels like a pale imitation of the stories from past years. Also, this mode is dogged by microtransactions, because you can spend money to make your fake player better, which has gotten less terrible over the years, but it’s still terrible. 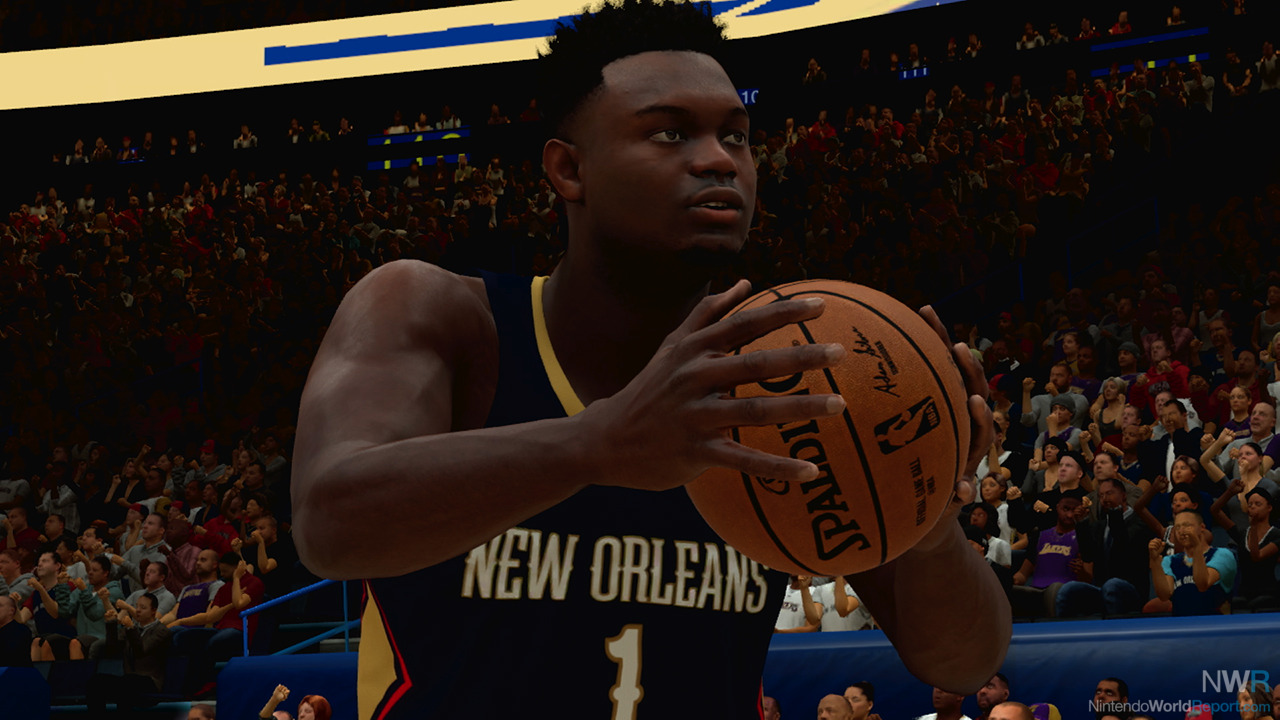 The rest of the modes are mostly unchanged, aside from the new seasons featured starting in December - the tentative timeline the NBA has laid out for next year to start - and various faux social media posts in games talking about how COVID has affected everything. MyGM, which was a ton of fun last year, is basically the exact same thing, even including some of the same hacky yet amusing jokes. If this is your first time with MyGM, have fun. It’s really cute and novel the first time you play it. Last year, I compared it to Fire Emblem: Three Houses, which I still stand by even if the mode this year feels like if Nintendo just released Three Houses again but with minimal tweaks to some character stats.

My League once again offers the ability to play through a season with current rosters, legendary players, or a full-on fantasy draft. This is still a fun mode, but it’s not much different from last year, though whenever the 2020-2021 season starts, the rosters and the schedule will be updated here. The WNBA teams and players return, which is great, and their modes now have a little more engagement as you can edit players during the season now. In the next-gen versions, you’ll be able to create a female character for the first time in series history, but you can’t do that on the Switch version.

I’ve enjoyed playing the NBA 2K games on Switch the past few years, but I can’t help but feel the move to next-gen could spell doom for this series being fresh and enjoyable on the lower-spec Nintendo platform. It’s a shame because once again, the port to Switch is impressive and the amount of things you can do is immense. So much of it just feels like last year’s game as we wait for the previous NBA season to finish and next-gen to arrive. Maybe the updated rosters and new schedule for the next season coming down the pipeline will refresh NBA 2K21 on Switch, but maybe it’s better to wait and see what that looks like.