A humorous turn-based strategy game with great style and a lot of dice rolls.

My attention was grabbed by Here Be Dragons' visual aesthetic. The striking look presents as a "living map," where you battle with sea monsters to clear the path to the New World for Christopher Columbus. The gameplay is board game-inspired, where dice are rolled at the start of a turn, then alternatingly assigned to you and your foes to execute attacks and abilities, all in the hopes of sinking ships and creatures. I didn't expect to walk away from Here Be Dragons being more impressed by the writing and the story than the strategy gameplay, but that's how it wound up. 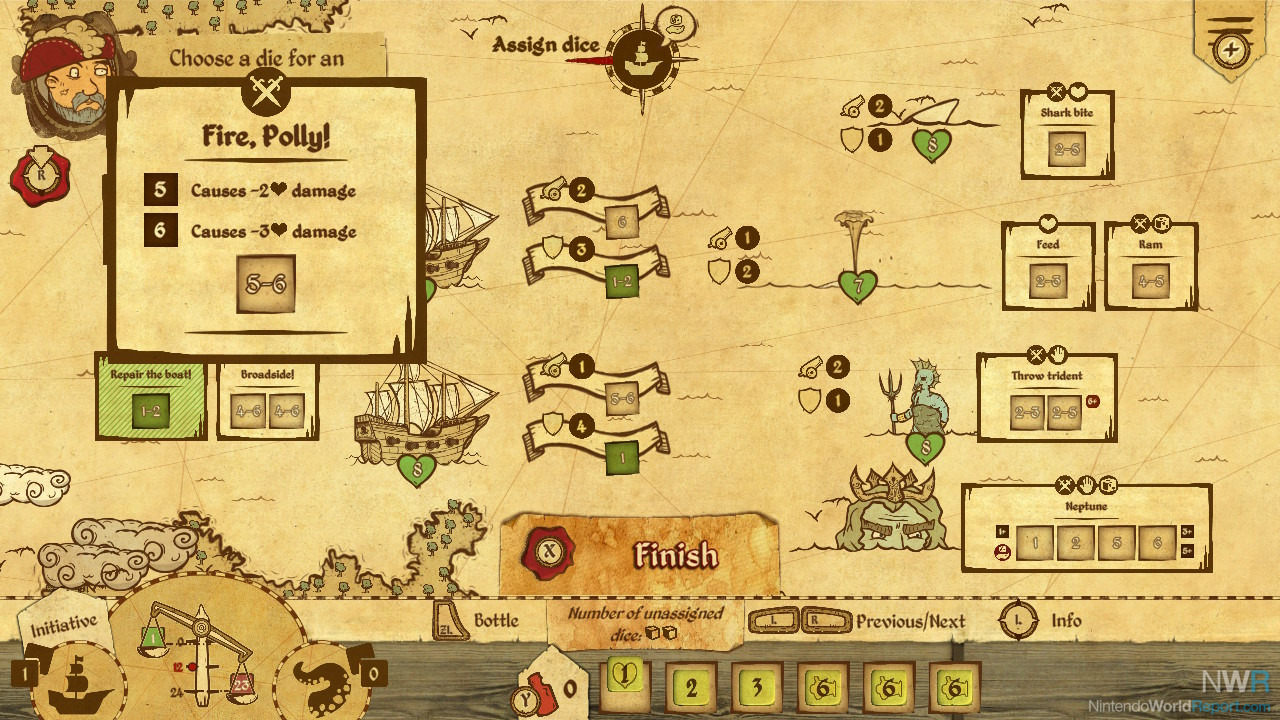 Satire runs deep here. If you're worried that this celebrates the questionable legacy of Columbus, don't worry much. Early on, this fictional take on the historical figure is over eager to try to be a pirate, ending up with him wearing an eye-patch and more just to fit in. The story is about how a few good men eradicated the dragons and sea monsters that littered the path to the New World. It's surprisingly hilarious with well-written dialogue and a few enjoyable twists. The story balances effortlessly between being good enough to warrant attention while also never overwhelming the gameplay. 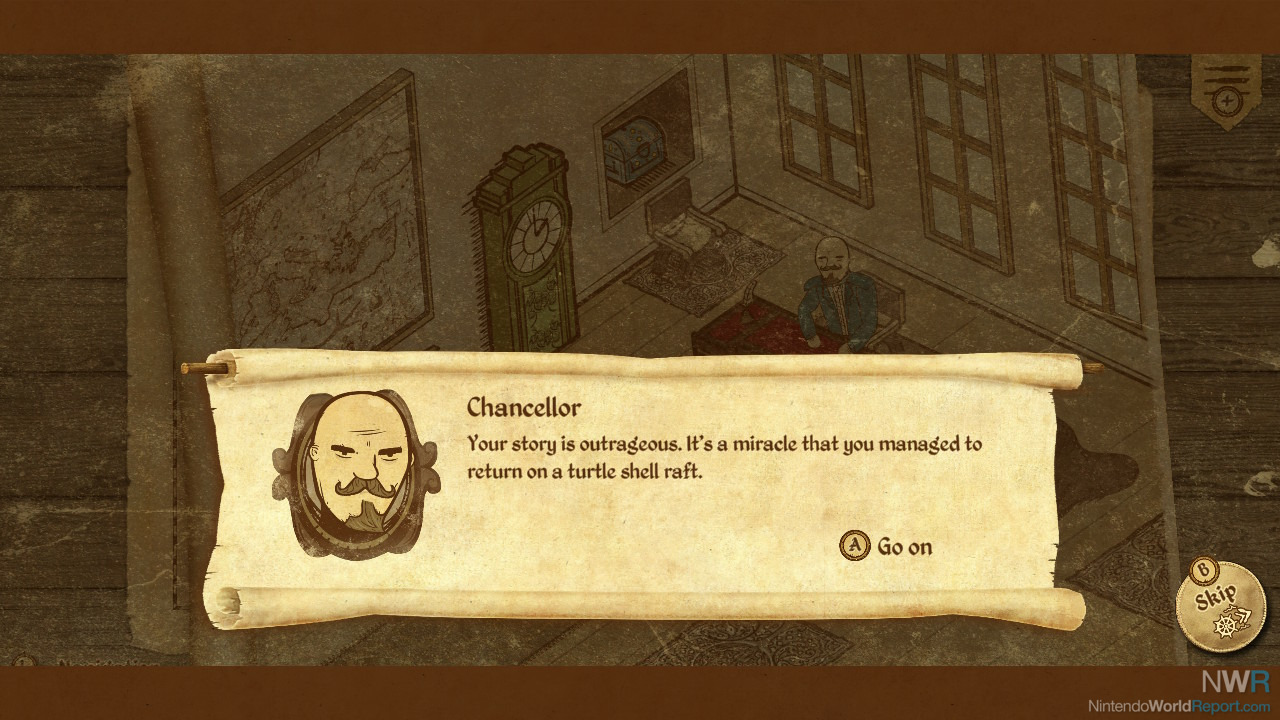 Though, truth be told, maybe the gameplay needs overwhelming. A series of early tutorials gently introduce the nitty-gritty of the combat, which uses dice rolls to fuel turn-based strategy. As you progress, the tactics never gets complex enough to dismantle the reliance on RNG. If you don't get the right dice rolls, you're just going to fail. There's some wiggle room in there where you can get yourself out of a jam by playing smartly, but for the most part, if the dice aren't going your way, you lose. I understand that's part of probability, but it makes for a frustrating gameplay experience. The only saving grace is you do collect items that let you re-roll, but even that’s just more time pinning your hopes and dreams to the random number gods.

I still had fun with Here Be Dragons, mostly due to the art style and quirky satirical story, but the overall simplicity of the turn-based combat made it so dice rolls could easily sink your good time. This is a novel game, but go to it for the humor, not the technical gameplay mastery.