Just another day, and another murder, in Puhuhu-adise.

Like the popular Danganronpa titles, Paradise Killer blends a visual novel mystery and first-person exploration. Where the latter differs, however, is in its much less structured experience. You have an entire island in which to discover relics, suspects, and objects that shed more light on the world and its history. Ultimately, how much time the player spends on Paradise is up to them; the more thorough you are, the more crimes you can solve, but the annoying fast travel and convoluted backstory cast a pall over at least part of this sunny island.

You play as protagonist Lady Love Dies (the names get even worse), and as the “investigation freak,” you are returned from a lengthy period spent in exile to solve the murder of the Council, a group charged with giving birth to Paradise. The story takes place during the 24th iteration of the island, with the crime occurring just before inception of the 25th iteration. The alternate reality set up of Paradise Killer is pretty confusing and requires a fair bit of investment to understand and get into. Gods, demons, psychic powers, and regenerating islands can be spun into a compelling tale, but combine these with obscure character names, piles of lore, and the need to carefully read testimony from suspects and you may end up with a headache. 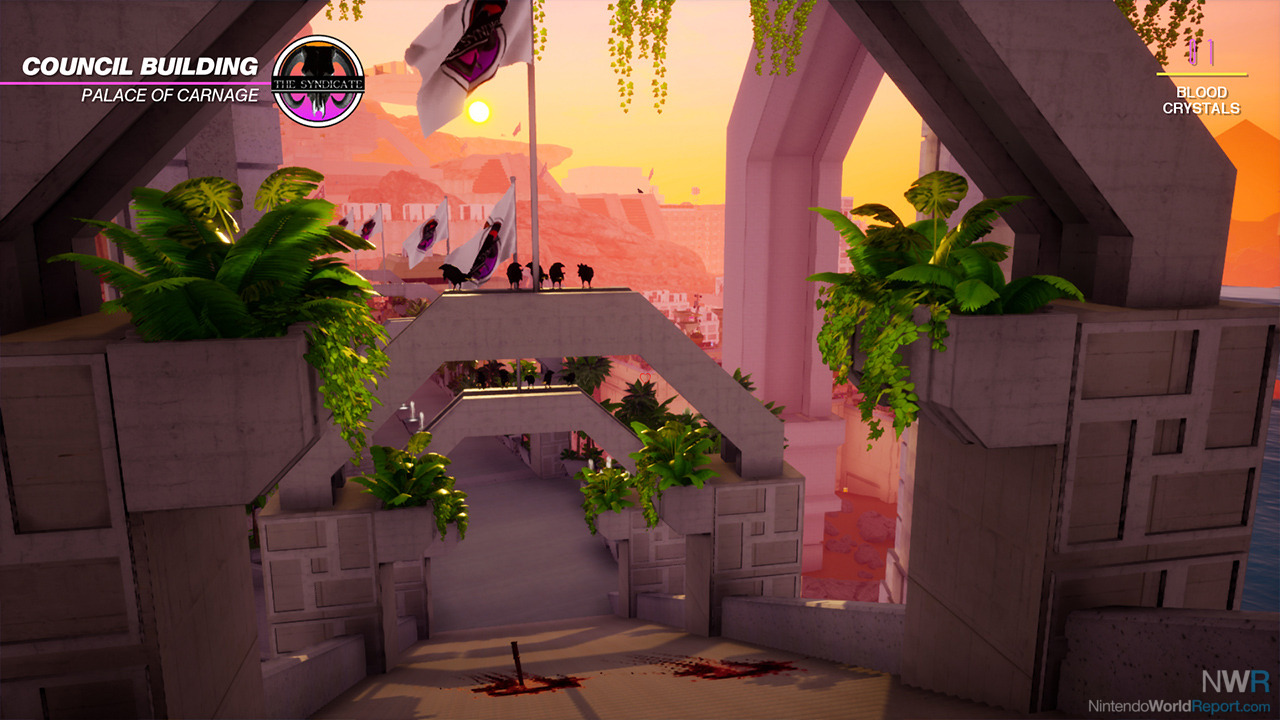 Gameplay sees Lady Love Dies running around the island to interrogate her fellow denizens, which is an apt description of the island’s inhabitants. Doctor Doom Jazz is shredded and has cybernetic arms; Sam Day Break is a red skeleton in a white jacket; Crimson Acid is a busty human with a ram’s head. Each individual you meet can be engaged in conversation to solve the primary mystery of who murdered the Council, but other mysteries crop up as the game moves along. At times, you’ll be given a choice between two dialogue options, with Lady Love Dies taking a different tact in each. Characters also have more intimate and personal conversations that can be explored in order to improve your relationship with them, and these help you get to know them even better.

From a first-person point of view, you can walk, run, and jump across the island’s different structures and features. Beaches, sewers, apartment buildings, elevators, and bridges are worth scouring thoroughly since they contain relics that provide background information on Paradise and its previous iterations or assist you in solving one of the mysteries. You can also find items that are used in puzzles, and also currency in the form of Blood Crystals. These are spent like money on information, new relics, and fast travel points. Save points can function as fast travel hubs, but only if you spend a Blood Crystal on one. That would be fine, but when you want to teleport to a previously unlocked hub, you have to spend another Blood Crystal. I found this to be a frustrating design choice, especially given how slow movement can be. Your base walking speed is fairly slow and crouching and jumping seem to revert you back from running to walking, not to mention that the jump is quite short and the island full of vertical spaces, hills, and barriers. 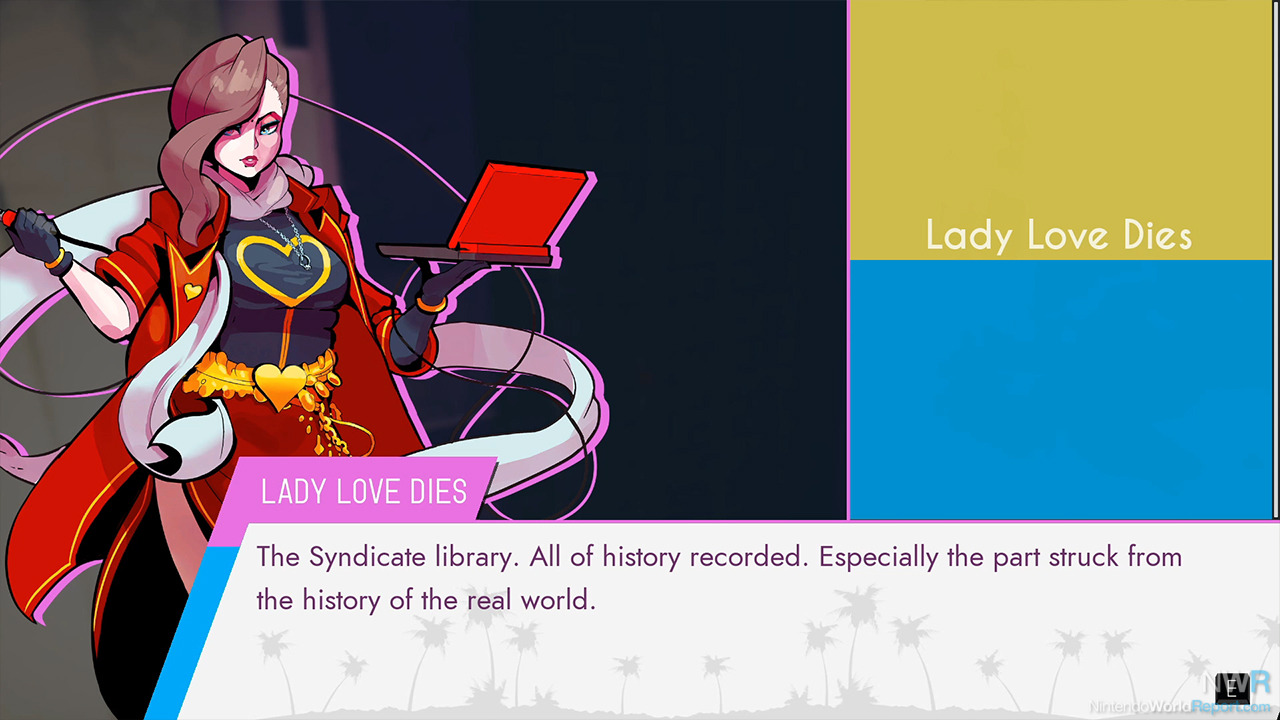 The early and middle parts of Paradise Killer are satisfying since you’re always finding new characters, Blood Crystals, relics, and even tape booths that add to your music collection (the tracks of which can be easily swapped through using the directional buttons). As you begin to clear out the island, it becomes more important that you return to previously-visited suspects with new information you’ve gleaned since your last conversation, and this is where the costly fast-travel becomes a frustrating deterrent. One element that does work well throughout the game is how important details and statements are added to your portable computer, Starlight. Accessing Starlight’s menu shows a record of all the suspects, their connections, alibis, and other tidbits.

Puzzle and sidequest-like elements pop up somewhat regularly, but everything is building to a showdown with the Judge. Security cameras can be accessed by completing a basic picture matching game, and certain characters will ask that you retrieve lost items for them and then reward you with Blood Crystals. When you feel like you’ve acquired enough information, you can return to the Judge at the center of the island, and you’ll be given the option of entering the final section of the game: a courtroom clash where you accuse specific characters of the crimes you’ve uncovered. However, if you don’t have enough evidence to make a convincing case, the Judge will be forced to release the defendants. You can begin this final phase of accusations at any point, but it’s basically futile until you’ve done a very thorough investigation of Paradise. 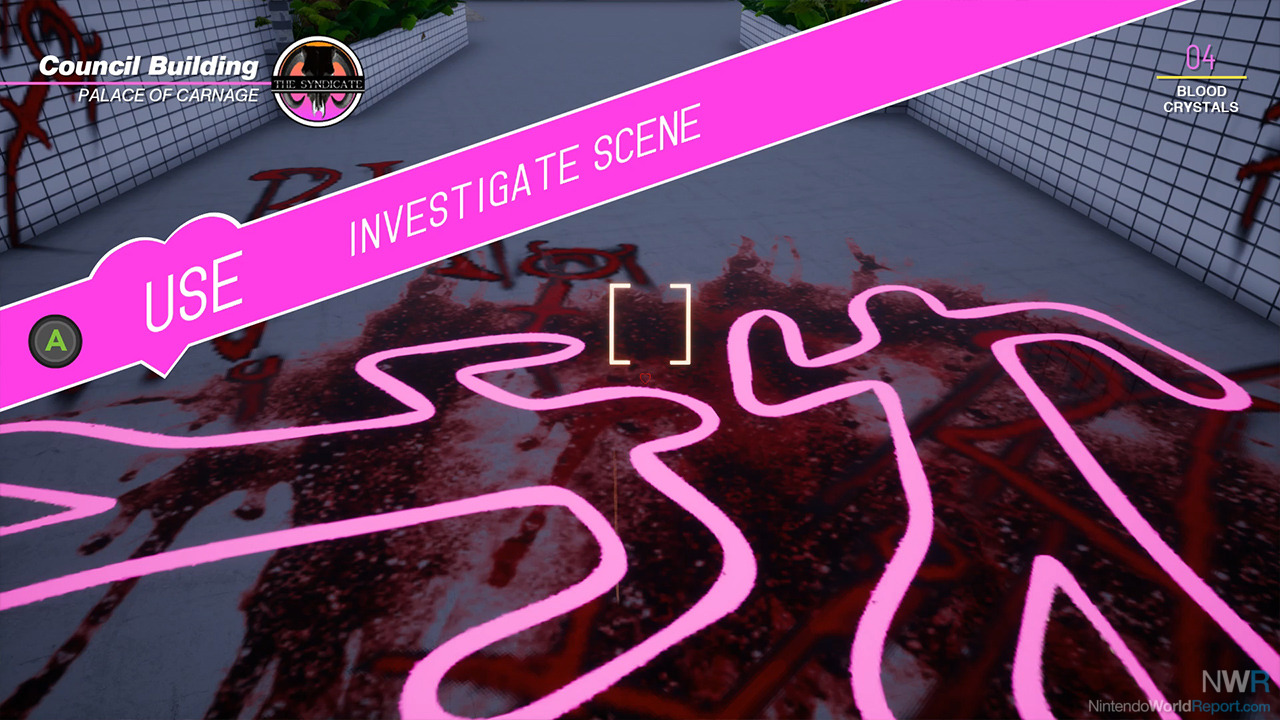 The first-person, open-world approach to a murder mystery adventure is certainly unique, but Paradise Killer is weighed down by irritating movement and a confusing story. The character names do more harm than good, and the visuals are merely serviceable. Fortunately, the soundtrack provides incredible travelling music, and it’s worth seeking out tapes to add to your collection of tracks. If you can get into the world and its mysteries and intricacies, you’ll find an experience worthy of being called Paradise. If you’re expecting another Danganronpa, this might be more of a buzz killer.