A psychedelic platformer blistering with color and quirkiness.

What is it with platformers and weird names? More than just a misspelling of “spinach,” Spinch is a vibrant, wacky, and challenging platformer that brings a fresh perspective to the genre through its presentation and gameplay elements. Underneath its rainbow facade hides a competent and satisfying experience that doesn’t overstay its welcome. That said, the latter half of the game will absolutely test your aptitude for running and jumping, so don’t let that cute exterior fool you.

Across six different worlds, titular protagonist Spinch must rescue its 12 children who are stranded in four different levels. Retrieving them is somewhat optional; you can find up to three in each level, and the more you have at the end of the world, the better prepared you will be to take on the fifth stage boss fight. There are also bonus stages you can unlock that give you the opportunity to earn bombs to use during the boss stage. Annoyingly, you can only attempt these once, whereas normal stages can be returned to as often as you like. The boss fights involve pressing a switch to load up a cannon with baby Spinches and bombs and then activating another switch to fire them at your target. 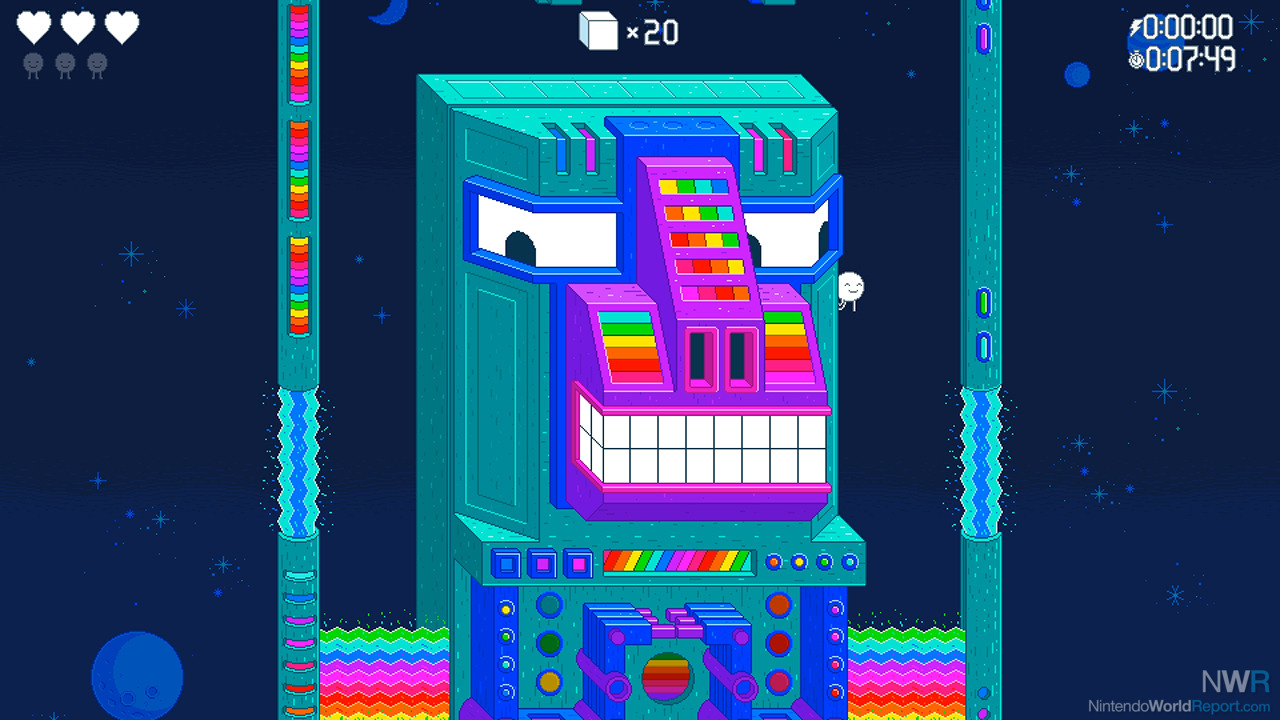 Spinch has the ability to run, jump, and dash, and mastering these three basic abilities is necessary to complete the game. The final three worlds offer a much greater challenge than the initial three, but checkpoints in each stage can help to ease the burden, even if they aren’t that frequent. The amazing thing is that almost every stage presents a new set of obstacles to overcome, with each world having its own theme such as ice to slide on or beakers and test tubes to float through. While you only begin with three hearts, you can add to that meter or refill it by picking up hearts you find in the level. The primary collectable comes in the form of white cubes, and upon collecting 50 of them, you gain temporary invincibility. I would have liked to see a more worthwhile reward or even the ability to store the invincibility for use during a particularly difficult section, but the cubes do offer something to draw your attention, nonetheless.

Without question, the most striking element of Spinch is its presentation. Every level is bursting with color and personality. Most of the time, you’ll be running from left to right toward the goal, but a handful of stages are more vertically oriented as you use wall jumping to avoid giant worms and blobs that morph into crocodile-like aliens. Intimidating threats are covered in rainbow-patterns, lending each moment a visual contrast that is both striking and menacing. There are moments where it can be difficult to tell what exactly is going to hurt you or whether an enemy will take away a single heart or knock you out in one hit, but for the most part the visual cacophony works very well. In terms of the music, Spinch’s soundtrack features compositions created using Game Boys, lending it a unique and eclectic sound that suits the game’s wackiness to a tee. 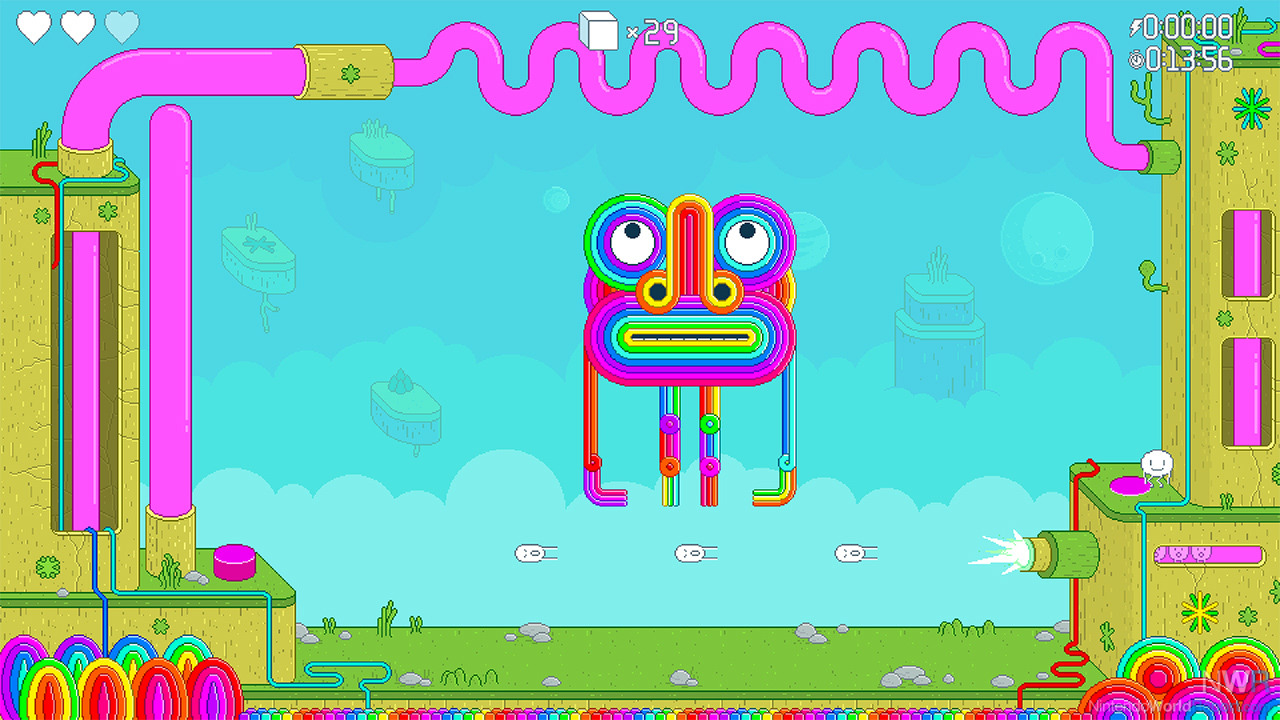 While it doesn’t really do anything earth-shattering in terms of platforming mechanics, Spinch is dripping with vibrancy and features a wide array of levels and obstacles to overcome. The last three worlds will offer seasoned players a significant challenge. As well, an in-game timer for each stage encourages repeated playthroughs, as does a list of over two dozen achievements. It is worth noting that some latency and framerate issues do crop up, in addition to a bug affecting the left stick in docked mode, but the developers have submitted a patch to Nintendo to address these concerns. Platformer fans should definitely keep Spinch on their radar, but even those less familiar with the genre will be eased in during the game’s more accessible first half. If you find yourself longing for that old kaleidoscope toy you enjoyed once upon a time, Spinch’s shotgun blast of color might help you fill that void.