I could do with less gate-keeping.

If anything can be said about Nintendo's recently featured picks for their indie World Showcases, it's that games with a unique art-style and those influenced by non-western cultures have been quite frequently part of this lineup. Evergate caught a lot of attention during this latest presentation because from a visual and gameplay perspective, it seemed to resemble games like Ori and the Blind Forest. While the comparison isn't far off from a visual standpoint, this seemingly hand-painted 2D platformer with a story about death, spirits, and regaining memories actually has very little in common with Ori. But whereas Ori managed to keep me engaged with both the narrative and gameplay, Evergate unfortunately stumbles when it bursts out of the gates.

In Evergate, you control a spirit named Ki who is tasked with collecting souls that need to pass on to the afterlife through the titular Evergate. However, upon making a connection with the Evergate, Ki is shown memories of a soul that is not his own. Through several worlds, you travel to find out more about why the Evergate is showing you these memories and what connections they might have to Ki. 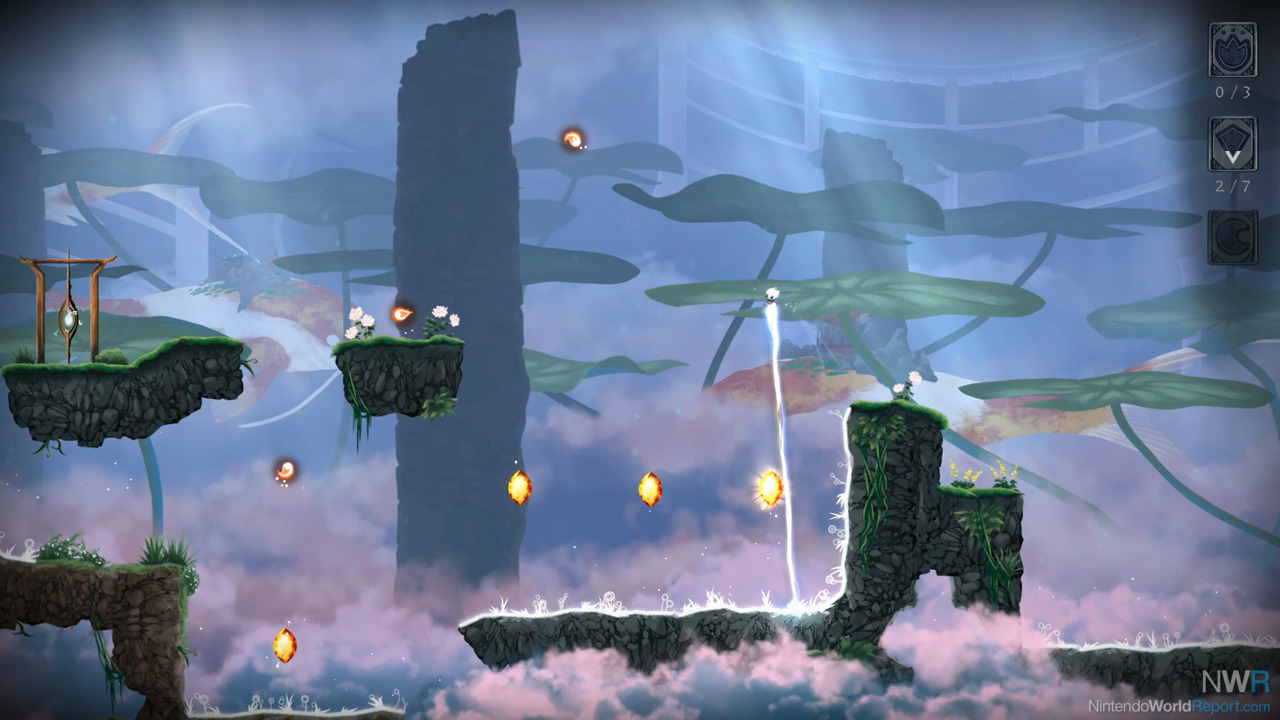 Let me state up front that Evergate is not a Metroidvania like Ori and the Blind Forest, nor is it a traditional platformer like Rayman Legends. Evergate is a full on 2D Puzzle Platformer where every jump, action, and reaction makes the difference between life and death. Ki controls very uniquely compared to other 2D Platformers. While there is a regular jump, you can also slow down time at any point to launch your Soulflame ability. The Soulflame works like a reflective bounce that can be launched in a straight line by Ki. If you manage to connect your Soulflame through a crystal and make contact with a white surface, you will be launched in the opposite direction. This is how most of the puzzles operate: finding out how to best aim your Soulflame through crystals and making sure that you cross gaps to reach the end of the stage. In an odd sort of way, it reminded me a lot of the stage structure from Celeste. But where Celeste gives the player a lot of space to adapt and change their approach while doing the platforming, Evergate is really set on having the player come up with the best plan before trying out the platforming yourself.

This change is something that on paper should work brilliantly. A puzzler where you have to really think through your actions before performing them, rather than adapt in the moment and using your own skills to avoid defeat, would seem to be a winning formula. The problem, however, is that in practice this game doesn't give you much freedom to experience it as a platformer. The core issue I kept running into with Evergate is that its movement options feel like more of a hindrance rather than an innovation. Finding a proper way to connect your Soulflame with a crystal and an appropriate surface makes for a tough and rather annoying challenge. In general, the puzzles tend to make their solutions feel natural, but with this game I found myself getting frustrated because the timing of the Soulflame clashed with me wanting to progress to the next area. Having to find a path using both crystals and Soulflame surfaces is limiting because in every stage it feels like the design lays out a very specific path that I, as a player, am unable to deviate from. The idea of platforming within that puzzle framework feels like an obstacle, especially once the game introduces enemies that kill you in one hit, resetting the stage right away. For as innovative as the movement should be, the gameplay really does it a disservice. The harsh difficulty due to these factors detracts from the enjoyment of the game. From the first level onward, collectibles like Essence and a timed challenge are available right from the start and pressure the player into performing better. It's not communicated well that these are optional challenges and I found myself getting frustrated with some of them to the point that I didn't even try to gather them from the second world onward. 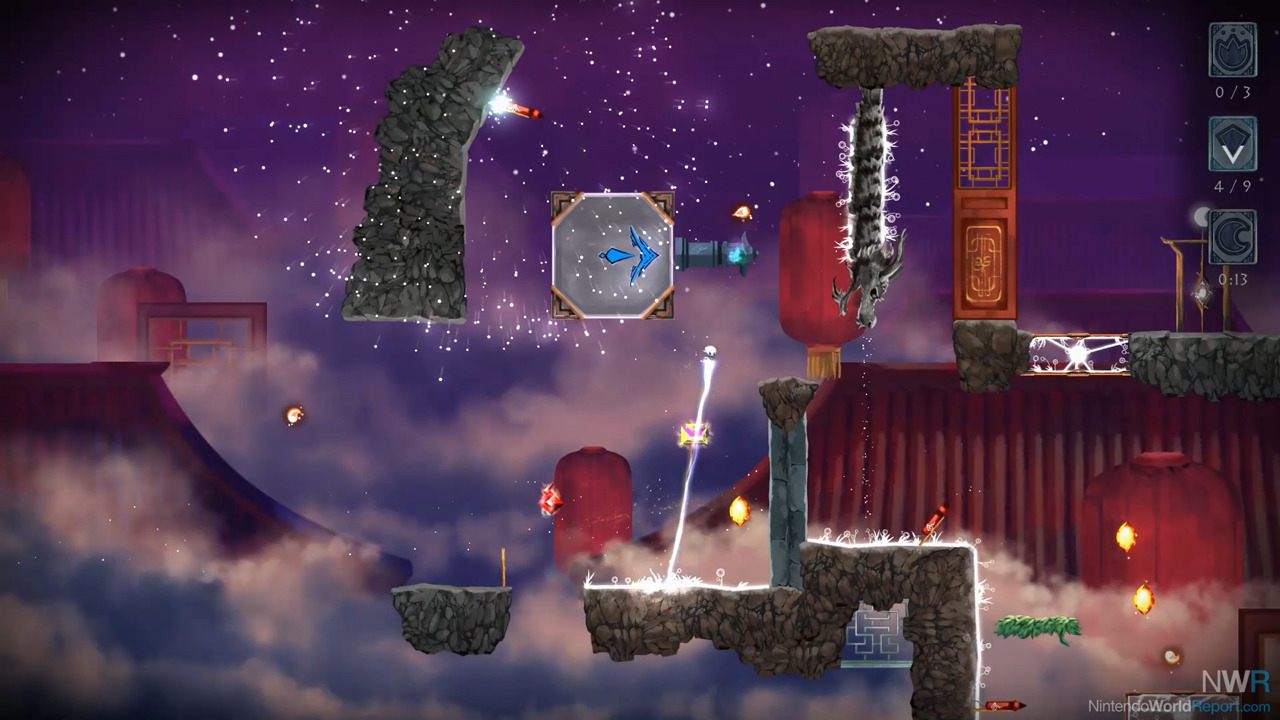 That is not to say that there's no value in Evergate. The visual style and story are incredibly striking. From the opening, I was instantly intrigued by the world and its design. Stages are varied in themes and sprinkled throughout are story bits that come together to weave a larger narrative. I also have to applaud the gorgeous soundtrack that feels perfect for a game about the afterlife, with moodier tones and a hint of optimism.

It's just a shame that the available options for a player feel so limiting within the actual stages of Evergate, because there is so much potential here. But outside of the presentation, I found myself mostly getting frustrated with the experience. The puzzles rely on timing instead of cleverness, the platforming relies on planning instead of skill, and the movement becomes limiting due to the conditions before it can be used. I really wished I could give this game some higher praise. Perhaps players who are looking for a slow platformer that rewards trial and error without much gratification can get a kick out of Evergate. But personally I am not planning on ever playing it again.