Monkey Island without the monkeys... or the island.

Darkestville Castle is a point and click adventure inspired by Lucas Arts classics such as Monkey Island. And when I say inspired by, I mean that Darkestville feels like it could honestly be a lost Lucas Arts game. From its sense of humor and world design, right down to its inherent flaws, Darkestville knows what it is and doesn't shy away from it. But how does this ‘90s style game design hold up in 2020? 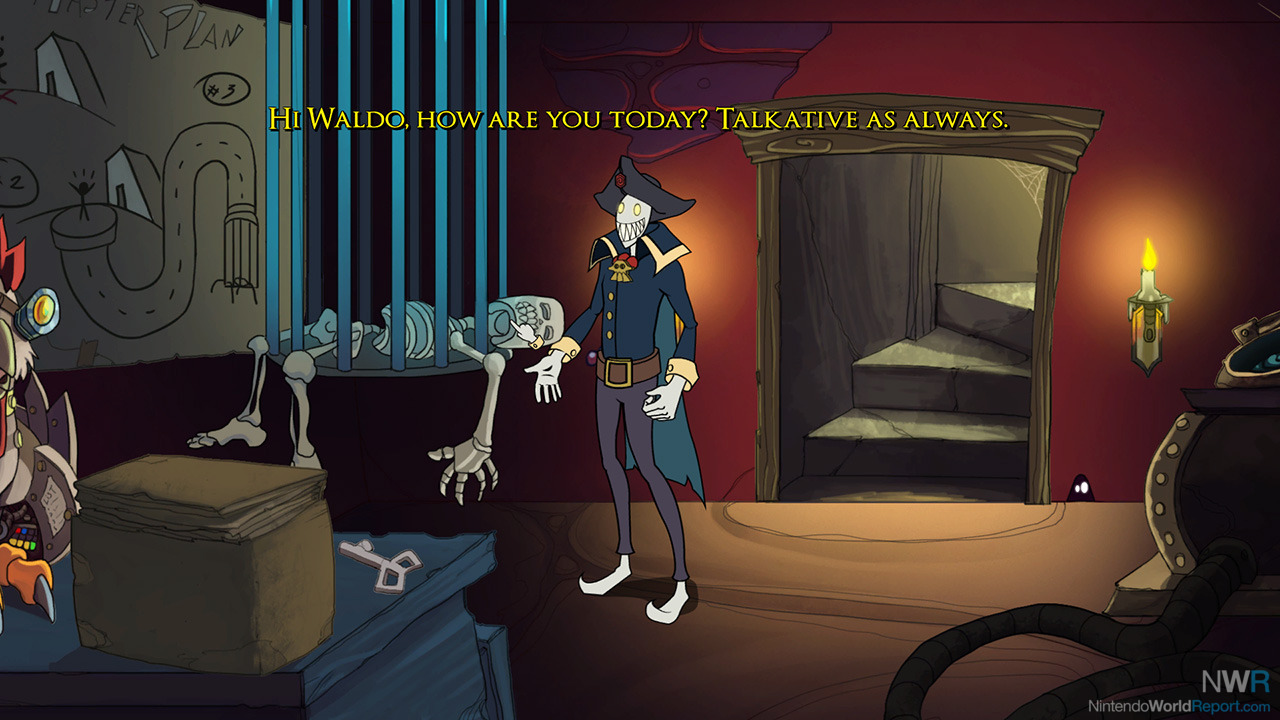 You play as a demon named Cid who lives in Darkestville, a rundown town full of humans who are very tired of your antics. Cid spends his days pranking the innocent villagers, as any good demon would. As a result, he finds himself prey to a band of demon hunters who mistakenly capture his pet fish instead of him. Your quest to save your fish spirals further and further out of control with each new scenario being more ridiculous than the last. The story is excellently told with each character being uniquely lovable in their own way. Working my way through expansive dialogue trees was not only nostalgic but legitimately entertaining.

Darkestville Castle is structured similarly to many point and clicks from the ‘90s. Cid will walk around the environment going to wherever you click. Individual objects can be interacted with and occasionally picked up and added to your inventory. Inventory items can then be used at other interaction points or combined together to form new items. Items are usually discarded when no longer useful, but that doesn't stop your inventory from getting pretty full on occasion. This is where Darkestville Castle's authenticity comes back to bite it. While the majority of the puzzles and their solutions make sense, you'll inevitably find yourself stuck trying every item on an interaction point for the more esoteric solutions. It doesn't crop up too often, but when it does it is just as frustrating now as it was three decades ago. The story is separated into multiple chapters with each changing the environment to a certain degree. Some chapters you'll simply have access to a new area and characters will be located in different places, while others will see you exploring an entirely new map. Each chapter's environments can be navigated quickly from an overworld map, which keeps backtracking woes to a minimum.

Darkestville Castle's interface is excellently adapted to Switch. It can be played either with traditional controls or the touch screen. When playing with a controller, your cursor will change when on an interaction point. When using the touch screen, a press of the d-pad will highlight all interaction points on screen. I wound up playing through most of the game with a drifting left Joycon so the touch screen implementation was greatly appreciated. 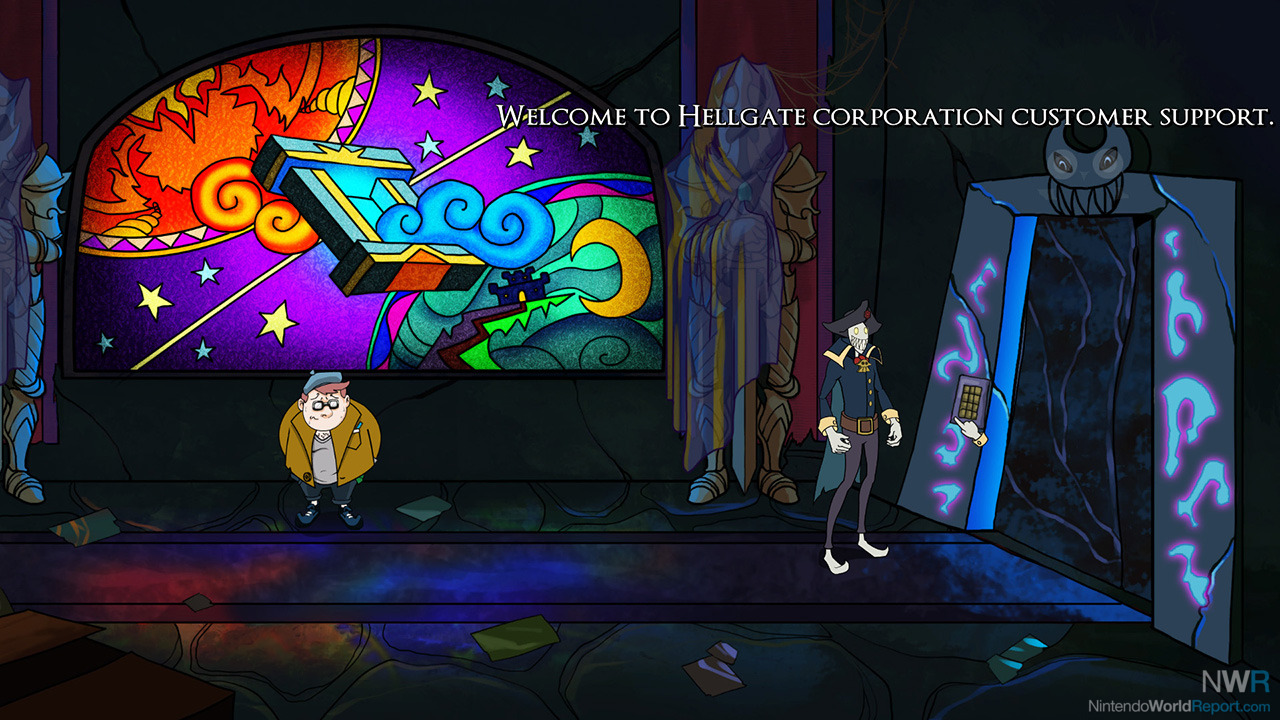 On an audio-visual front, Darkestville Castle mostly holds up well. All of the voice acting is appropriately cheesy with only a few characters being a little grating. The music is all solid and matches the tone of the story. Art on the other hand is a bit more hit and miss. Environments are excellent, but character designs are all over the place. Cid himself looks great, while other characters look like they were drawn in a hurry. There is no consistent style from character to character, which makes the world feel somewhat slapped together. That being said, there are more winners than losers when it comes to character design. Ultimately, the writing is usually enough to pull the weak characters through.

Darkestville Castle is a love letter to classic point and clicks in the purest sense possible. While it brings with it some of their flaws, it is absolutely dripping with charm. Some of the corners are a little rough when it comes to character design and world building, but the story had me brushing past these inconsistencies without a second thought, not to mention that the Switch port itself is excellently done. If you're craving something in the vein of Monkey Island on your Nintendo Switch, I can't think of anything better than Darkestville Castle. Just brace yourself for the occasional esoteric puzzle solution.