If it wasn’t for this meddling kid, I would have gotten away with it, too.

Adventure game Jenny LeClue - Detectivu was successfully Kickstarted in 2014 and then launched on mobile and PC last year. The Kickstarter featured stretch goals that marked the game as a trilogy, with three separate titles, and it’s the first entry that is now coming to Nintendo Switch. Impeccable writing, strong voice acting, and a compelling narrative immediately make it worth a look, but do the presentation and gameplay elements hold up over the course of a playthrough? 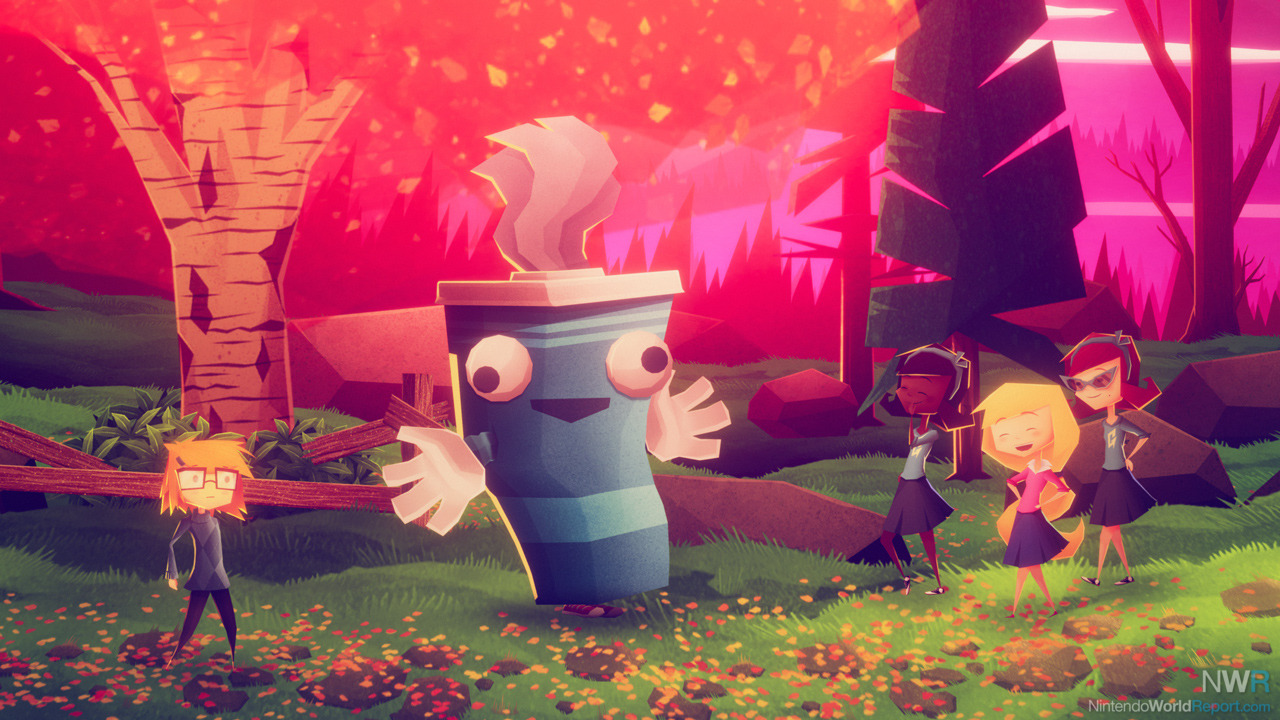 Protagonist Jenny LeClue is confident, plucky, and determined, and her charisma shines through the game’s six to eight hours. She is surrounded by likeable and endearing characters, like town skeptic CJ, who bears a striking resemblance in speech and manner to Christopher Lloyd’s Doc Brown. The plot of Jenny LeClue - Detectivu centers on the murder of Dean Straussberry, and Jenny’s mom ends up as the primary suspect. As a good detective is wont to do, Jenny refuses to rest on her laurels and instead begins working the case in earnest. The story keeps you hooked throughout, and the initial murder mystery ends up being much deeper and more intricate than it first appears. The town of Arthurton hides much more than a cursory glance would reveal.

Gameplay consists of moving from place to place while conducting investigations of people you meet and specific scenes of interest. On multiple occasions, Jenny will engage in a focused interrogation phase where you use a cursor to highlight key features of a scene to acquire more information and eventually make a deduction. A handful of segments involve pushing objects around to give Jenny access to ladders and ledges, while others task you with solving basic puzzles, like determining the correct sequence of buttons to push or rotating a stack of circles so that arrows on them all point in the same direction. Overall, the puzzles are fine but similar types are repeated multiple times with slightly more intricacy. More variety in this area would have been nice to see. 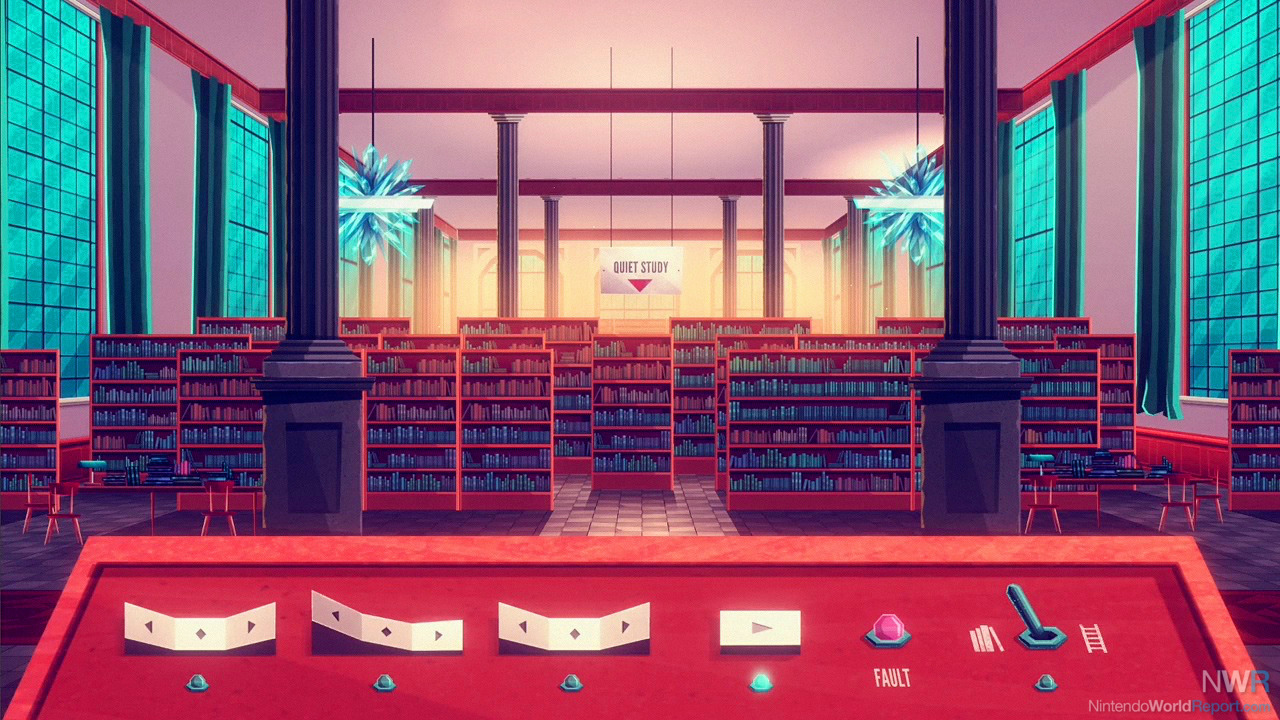 On the presentation side, the art style is reminiscent of titles like Night in the Woods or Oxenfree, but leaning more on the cartoonish side. It works incredibly well with Jenny LeClue - Detectivu’s more light-hearted tone. The camera zooms in and out at different moments to emphasize the scale of certain environments, and the variety of color and amount of detail are quite impressive. Text is easy to read, even on the Switch Lite’s smaller screen, and basically all character dialogue is superbly voiced, including the charming narrator.

Arthur K Finklestein, the writer of the Jenny LeClue novels, appears at times to bookend certain moments in the narrative, and he himself is struggling with his own challenge: the looming threat of cancellation should he not make his novels more dangerous and dark. Half a dozen times or so, the game returns to Arthur in his study, wracking his brain about what to do with the novel given the pressure from his publisher. On occasions, there will be back and forth between Arthur and Jenny as he attempts to push the story forward while she hesitates against his direction, and the dichotomy of storyteller and character adds to the effectiveness of the adventure. 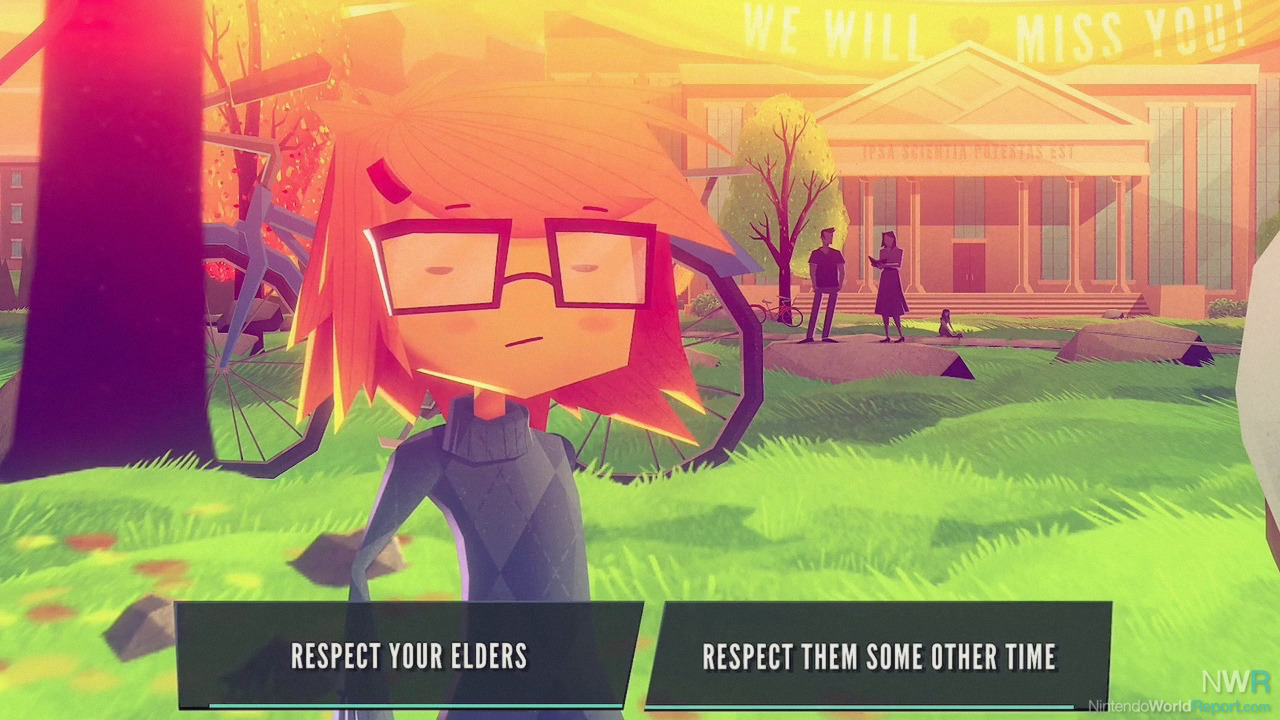 Throughout the game, Jenny jots down journal entries that can be accessed from the start menu. As well, you’ll find stickers in the environment that can be picked up and used to decorate the journal but also scraps of paper that form postcards. The stickers and scraps essentially function as collectibles, but they make it worthwhile to explore each area. The journal also keeps a record of your “Chooiness,” a representation of the choices you’ve made, and each actual choice itself. I encountered more than 65 different choices, and there are still a few left for me to find. A Scene Select option allows you to return to one of over 40 scenes in the game, and a New Game + option gives you the chance to restart from the beginning while keeping your collectibles and progress.

Jenny LeClue - Detectivu fits swimmingly on Switch. The adventure doesn’t overstay its welcome and even leaves a few stones unturned for the eventual sequel—that’s not to say that its story isn’t satisfying on its own. Exceptional presentation elements bolster excellent voice acting and writing, and the result is a mystery experience that is both accessible and hard to put down. The puzzle quality could be a little higher and the game did freeze a couple times (autosaves are frequent, fortunately), but the memorable characters will definitely stick with you after you close the book on this one. Like a good novel, Jenny’s (and Arthur’s) story is a real page-turner, and it’s well deserving of being added to your Switch library.