Even amid technical problems, pro golf’s return to Nintendo platforms is a good one.

When there is a famine, you might be accepting of even a meager feast. That’s the case with PGA Tour 2K21 on Switch, the first PGA Tour-licensed golf game on a Nintendo platform since the Wii. Feature-wise, the basic game is fantastic. The golf controls are stellar, the single-player content features a lot of customization and accessibility, and the multiplayer features are soundly great. Unfortunately, the Switch port is littered with visual bugs, sluggish menus, and the occasional crash. While PGA Tour 2K21 is one of the best golf games I’ve ever played, the execution on Switch is rough around the edges.

The controls are easy to learn but hold a lot of depth. In lieu of the timed button presses of Mario Golf, you flick an analog stick down and up in a way that mimics an actual golf swing. It can be fiddly occasionally, as you have to do the swing in rhythm or else you run the risk of horrendously shanking a shot by going too slow. A wealth of options on top of that can let you tweak your approach, shot type, and more. Effective tutorials and flexible difficulty options make it manageable to learn everything. It’s impressive how the game manages to thread the needle between a challenging simulation of the sport while still being fun and approachable. 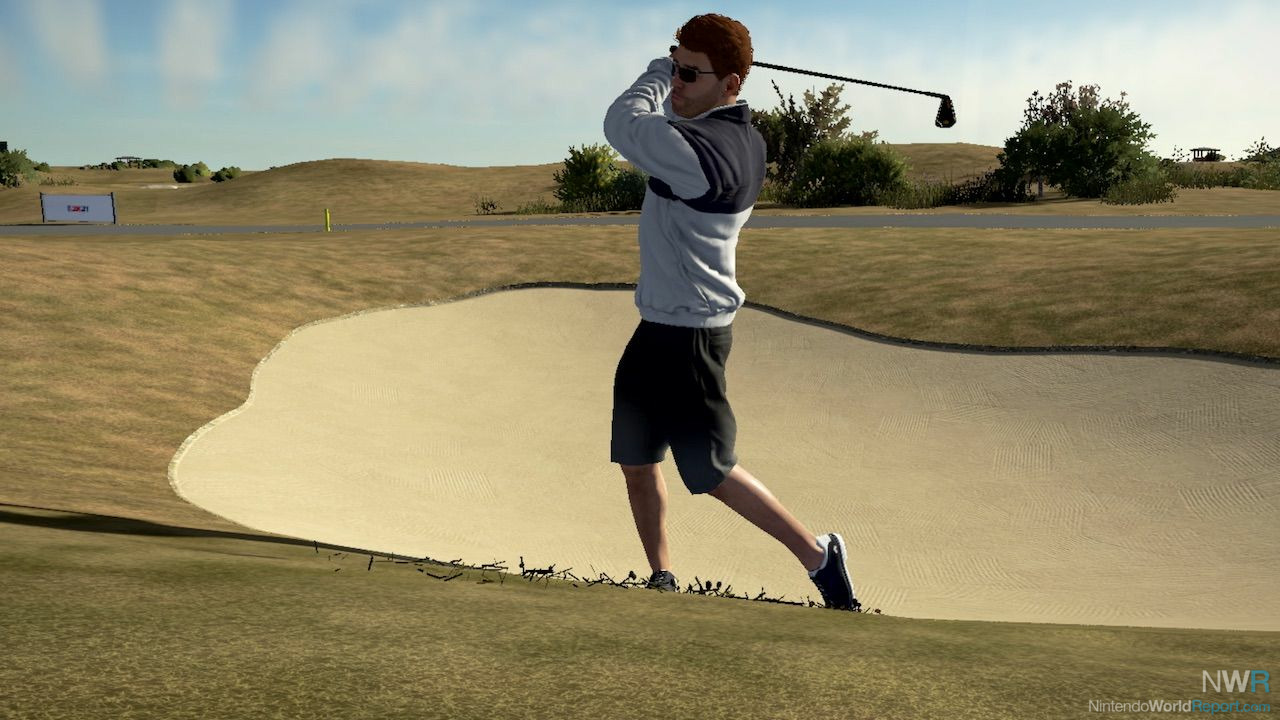 The core single-player mode is the career mode, where you create a golfer and head out to become a PGA Tour Champion. You can start from the bottom in junior tours or start right in the big leagues. The player creator is deep, though you can only create male golfers despite the in-game announcers always referring to your character by the “they” pronoun. As you can see in the video review, you can make a dumb-looking pro golfer and dress them up in clashing plaid clothing. The amount of clothing options is daunting, made worse on the Switch because sifting through the various menus is slow and laborious. The other customizable part of your golfer is their bag. By default, you start with a run-of-the-mill assortment, but you can unlock or purchase (with in-game currency) various other clubs. This isn’t something you are forced to fine-tune, but you can definitely go down a rabbit hole to tweak your bag to your preferences. However, like the clothing, the menus are horrifically sluggish.

The career mode is enjoyable, with lots of content to play through and a lot of side objectives, such as Sponsor Goals and Rivals. Sponsor Goals unlock new gear from different companies as you do things like get a certain amount of birdies or making a percentage of putts. Rivals match you up with different pros, and you get new gear when you beat them in enough stats over different rounds. You do earn experience in level up, but for the most part, all the skill of your golfer depends on your own play. Better clubs can help, but you don’t bump stat levels or anything. Thankfully, just playing golf in this game is fun, but the rewards are almost all cosmetic, made more disappointing by how clumsy sorting through items is on Switch. 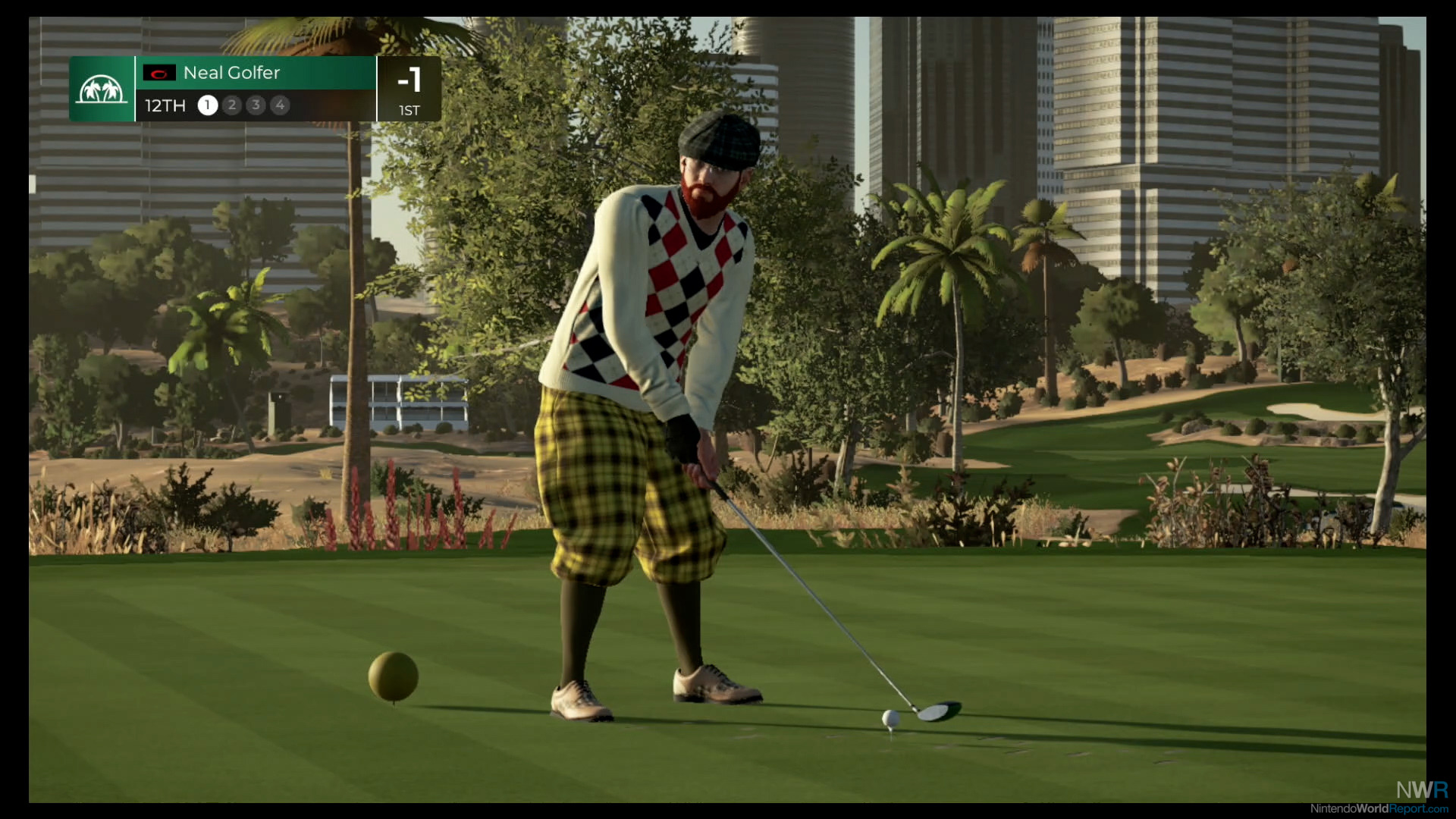 Outside of the slow menus, other technical issues have been consistent in my time with the Switch version. Every so often, a hole would just display completely in black. I could back out of the hole and come back to it displaying fine, but you can’t always do that in game. Also, when loading a course, I was met with a few total game crashes. Your mileage may vary on how often, if ever, these problems arise, but they happened frequently enough that I long for a patch. PGA Tour 2K21 is totally playable on Switch, just every so often, something bad will probably happen. The visuals are also just less detailed here as well. You might not notice it unless you see another version of the game, but there are no crowds on the side of holes. It doesn’t bother me, but it’s funny that in the lore of PGA Tour 2K21, the Switch version is the most true to what sports are in 2020.

Thankfully, outside of the aforementioned technical snafus, the other modes are fine. I was impressed by the course creator, which offers a robust experience. The game will auto-generate a course based on some selections you make, and then you can tweak it to your heart’s content. The interface is awkward, but it works. You can make creative holes, or absolute hellscapes. I made one that had a small green surrounded by steep hills, so if you flubbed a putt, you were screwed. I made another that had you tee off from like 800 feet in the air, which begs the question: how did the golfer even get up there. All of your courses can be shared online and you can also check out other people’s courses. Playing other people’s courses could use some better filtering and highlighting, but it’s overall a neat feature. 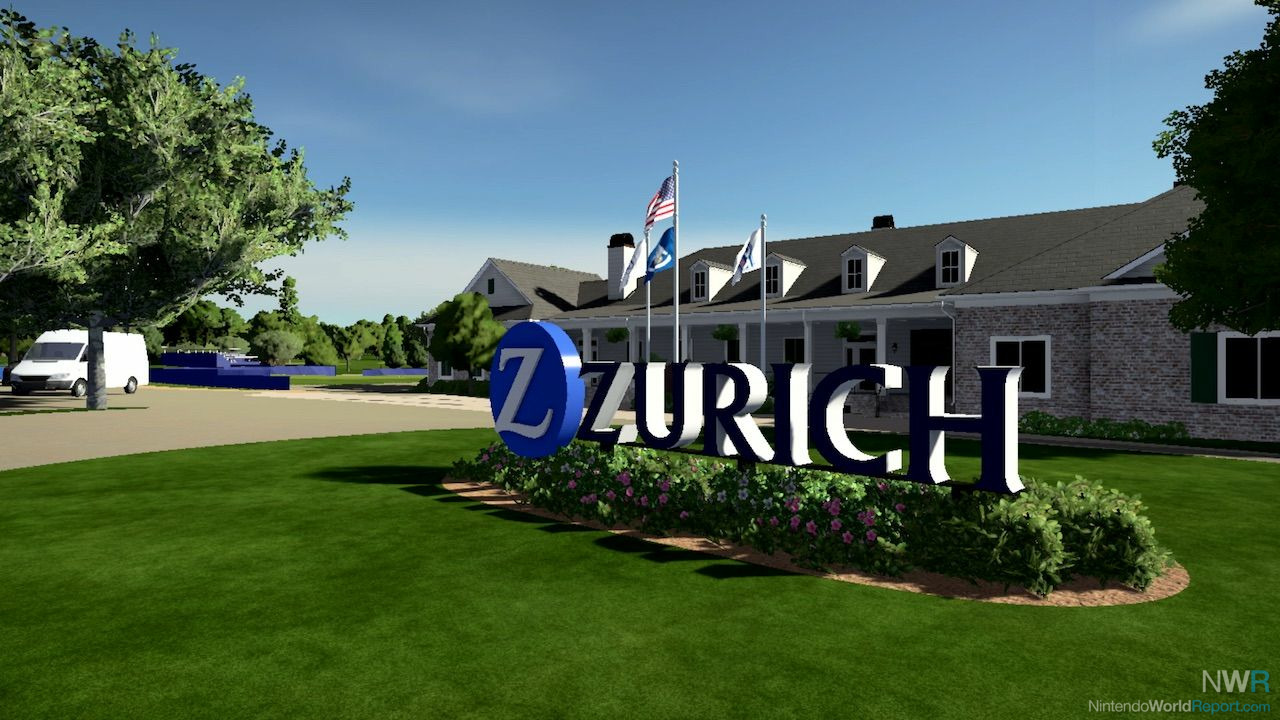 The requisite local and online multiplayer matches are prevalent as well, with a whole bunch of match types. You can play with four players on the same system, passing the controller around if you want to or have to. Societies is the most interesting online addition. You can essentially create your own events, tournaments, and seasons that players can compete in, even requiring in-game currency to sweeten the pot for the victory. However, there is no crossplay with other platforms. Since this is the first PGA Tour game on Switch, it’s hard to tell what kind of community might show up here, especially with it being technically an inferior version. If you can get some buddies to all play online, the online societies is a brilliant concept, but I worry about its longevity.

Despite an array of troublesome technical issues, PGA Tour 2K21 is still a ton of fun on Nintendo Switch. The controls and mechanics are incredible and the amount of accessibility options, features, and courses is satisfying. This might be the best swinging of the golf club I have ever experienced in a video game. While the port to Switch is bumpy, it’s workable. I know I personally am going to sink more hours into this, especially in handheld mode. I’ll lament the sedate menus and game crashes, but I’ll take the compromises for off-TV play. If you do want to look at prettier visuals with less issues on your TV, go check out PGA Tour 2K21 on another platform.