Developers capitalizing on the nostalgia we have for our favorite games and consoles of the past has never been more common, but Hypnospace Outlaw wants to remind you not of a gaming experience, but of the world wide web as it was in the ‘90s. We’ve certainly come a long way since then, and that fact heightens this title’s novelty. There really isn’t anything on the eShop quite like Hypnospace Outlaw, and what it lacks in gameplay, it makes up for in a compelling blend of absurdity and freedom.

As a Hypnospace Enforcer, you are tasked with policing the various websites on Hypnospace and reporting violations such as copyright infringement and malicious software. By doing so, you can advance the story and earn currency to spend online. While there are only about 10 cases to solve, it’s interesting just to browse around the different webpages to see what you can find. There are screensavers, music, desktop pets, hidden sites, and more to discover; this is where the simulation really reaches its apex. Once upon a time, we didn’t know exactly how to navigate the Internet as skillfully as we can now. We didn’t have search engines as sophisticated as Google to take us to our desired information in the blink of an eye. Hypnospace Outlaw re-creates that experience of “surfing the web": aimlessly clicking from one blinking line of text or oversized button to the next. 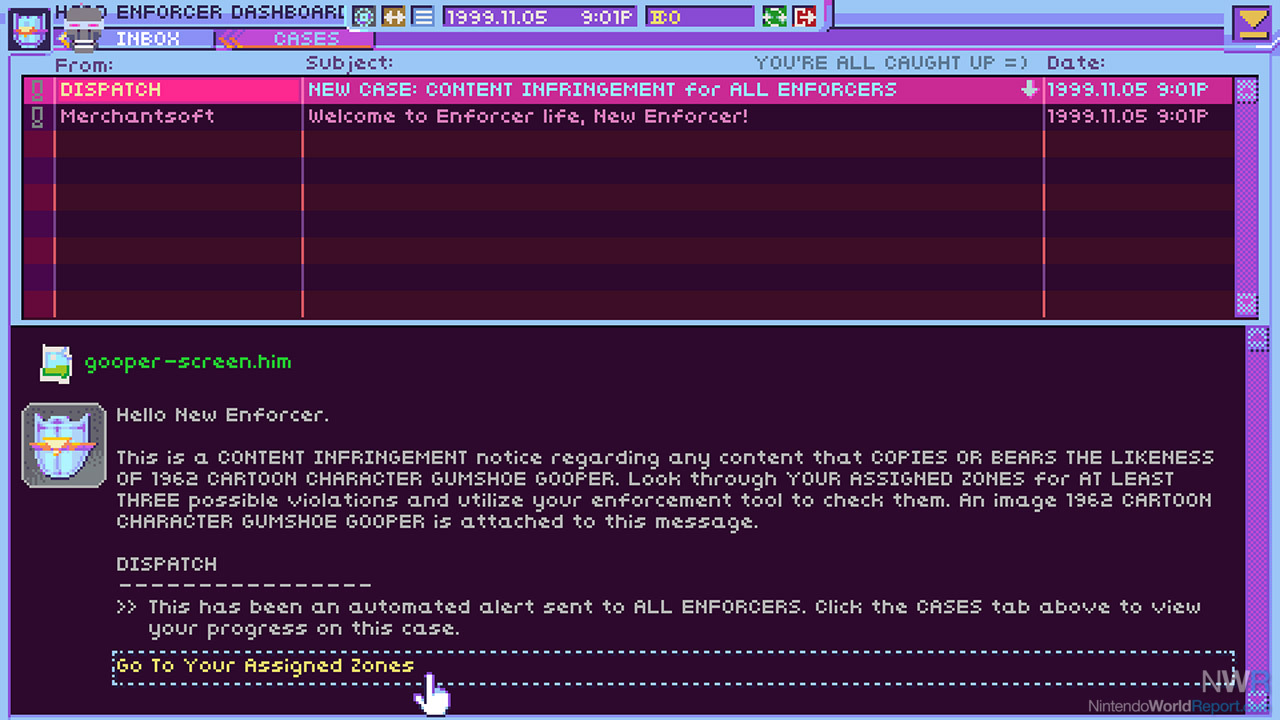 The presentation and visuals are equally as impressive when it comes to approximating what it was like to be online during the ‘90s. Rotating objects, massive banners, obnoxious music and sound effects: these are just a few reminders of an Internet we’re probably happy to forget, even if it’s fun to play around in it for a little while. Your robot guide even reads the username you input at the beginning of the game (curse words included!). It’s impossible not to lose yourself in the kitschiness of it all.

However, as you might have guessed, Hypnospace Outlaw was originally a computer game, and as such, the controls leave something to be desired on Switch. You primarily move a mouse cursor around the screen using the left stick, but the L and R buttons can be used to tab over and you can scroll up and down with the directional buttons. It would certainly feel better to play with a mouse, but the portability for a more casual game remains a feather in the Switch’s cap. As luck would have it, you can actually play the Switch version with a keyboard and mouse, if you are so inclined to set it all up. It’s worth noting that some of the later cases task you with being very thorough, and it’s easy to get lost in the details. Of course, part of the game’s charm is that feeling of being lost in the weeds to some extent, but don’t be afraid to consult a guide online if you get stuck. 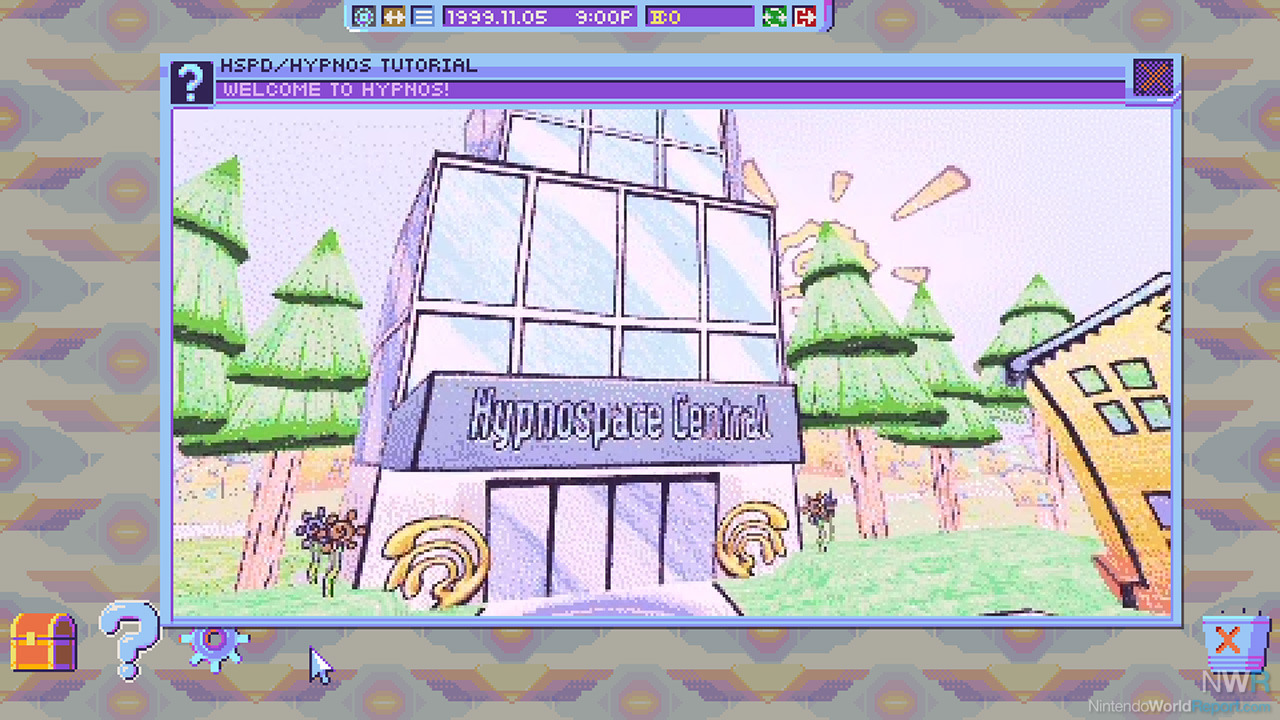 Should novelty be your preferred flavor, Hypnospace Outlaw will definitely satiate your appetite for lighter eShop fare. It was wonderful to be reminded of my first days going online: downloading music, attending Camp Hyrule, and creating my own webpage. While the enforcement gameplay helps to move the overall story forward, it’s getting lost in the inane minutiae and seeing where your cursor takes you that really make this title one worth considering. If you take it at face value as a simulation, you’ll find a faithful and rewarding experience; a free demo on the eShop should give you an idea of whether you'll enjoy the game. Ultimately, it’s best to take your time with Hypnospace Outlaw rather than rushing through to the end. The devil, as they say, is in the poorly-designed webpage details.