Games come out all the time that take inspiration from artists, authors, and art. Very rarely, however, do you find a title stuffed with as many references from one place as you’d find in Metamorphosis’ love of Franz Kafka. Due to this, it suffices to say that this game is Kafkaesque, not just in interpretation, but quite literally, as the story in place follows through the two most popular of Kafka’s published works—The Metamorphosis and The Trial. As a platforming adventure title, Metamorphosis offers a unique and interesting world hiding right under our very noses, but unfortunately, the Nintendo Switch will more than likely not be where you’ll want to experience this tale.

Following the transformation of Gregor Samsa into a spider-like insect, you must partake in a quest to not only discover the secret behind this change but also attempt to aid your closest friend Josef in getting out of whatever criminal charges he is facing. Living vicariously through Josef’s journey as you travel through everyday locations from a tiny perspective, you must subtly do whatever is in your power. Beyond the main protagonists, you will also meet all sorts of quirky characters that emanate with that Kafkaesque humor, from a tragic filmmaker who needs help getting his film shown, to a rather flirty beetle looking to help you on your journey. The story matches fairly well with the original works—some artistic liberty aside to combine them—as well as offering several easter eggs to other published writings. Metamorphosis’ story is creative and unique, offering all the weird, wacky, strangeness you’d want from this title based solely on its description. Some of the plot points don’t hold up, but for being a conglomeration, it comes together nicely for the most part. 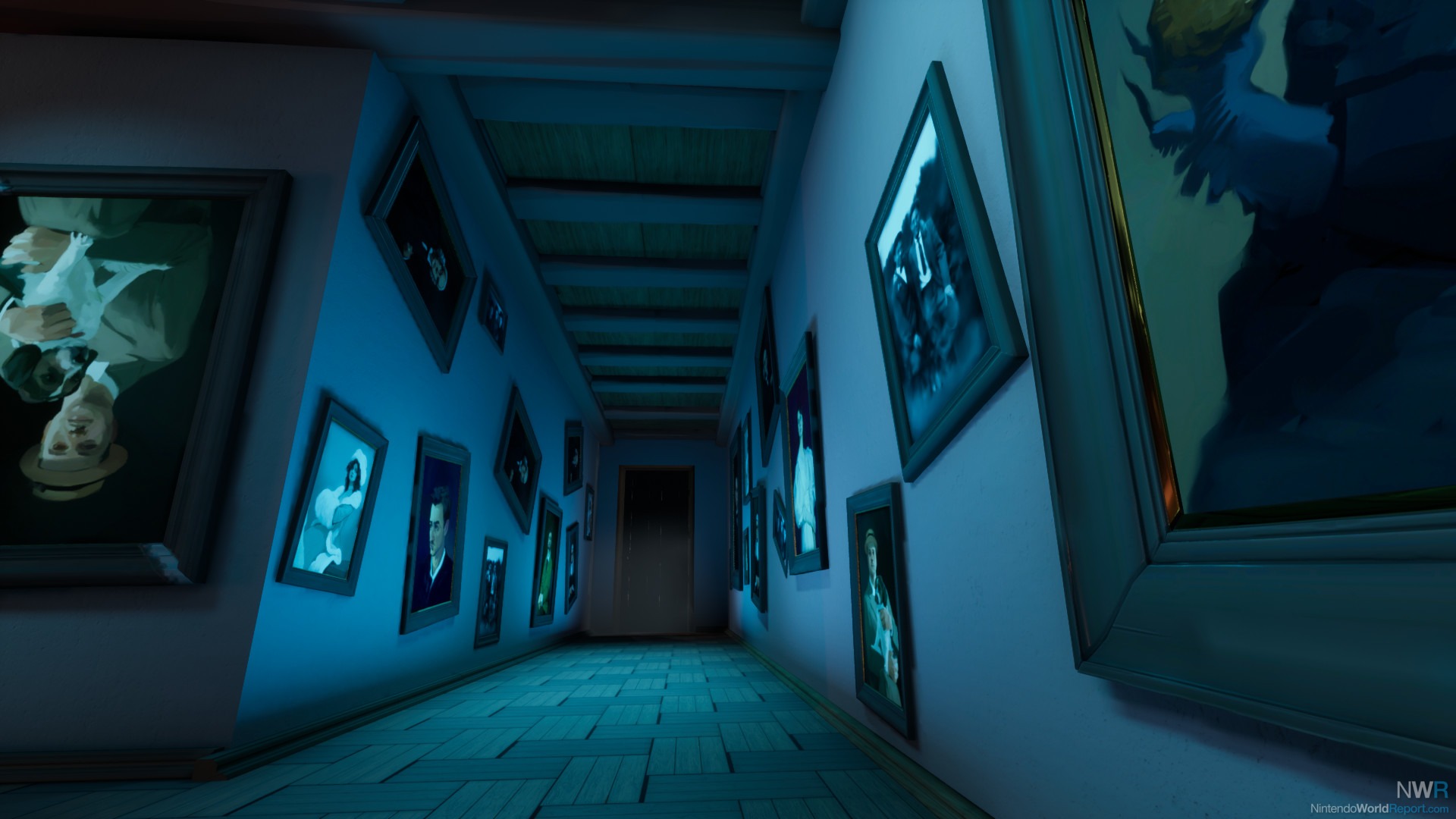 As a platformer, first and foremost, Metamorphosis has you taking on some great challenges. Traversing the world in insect-form is no easy task, allowing for some interesting locales and predicaments. Utilizing ink or honey to allow for vertical climbs or more story-based decisions adds into an otherwise black-and-white, run-and-jump system. The only true downside to the platforming, outside of its repetitive nature, is that the main mechanic creates some clumsiness in maneuvering this arachnid. Keeping track of balance and location with your odd-shaped body on sometimes perilous stretches of jumps can feel wonky here and there, but otherwise getting around is always a pleasurable, if dicey, experience.

Questing through the adventure portion is mostly bland, where running from bug to bug to gain information or gather some help is as simple as following the map and traveling from A-to-B. These interactions are often used as another excuse to send you through some platforming challenges or to discuss with the oft-fascinating non-player character’s witty dialogue (outside of many spelling and grammatical errors).

Puzzles consist of gathering said information to figure out how you need to interact with the environment. Generally, this results in an engaging response that alters the location you’re moving through. Interactions with the NPCs and humans that sometimes move through these pint-sized locations can also be an interesting result to the completed puzzles. From knocking an apple off a pole to operating a large sorting robot, things get interesting when you settle in, find out what you need to do next, and start to really interact with the environment in enjoyable ways. 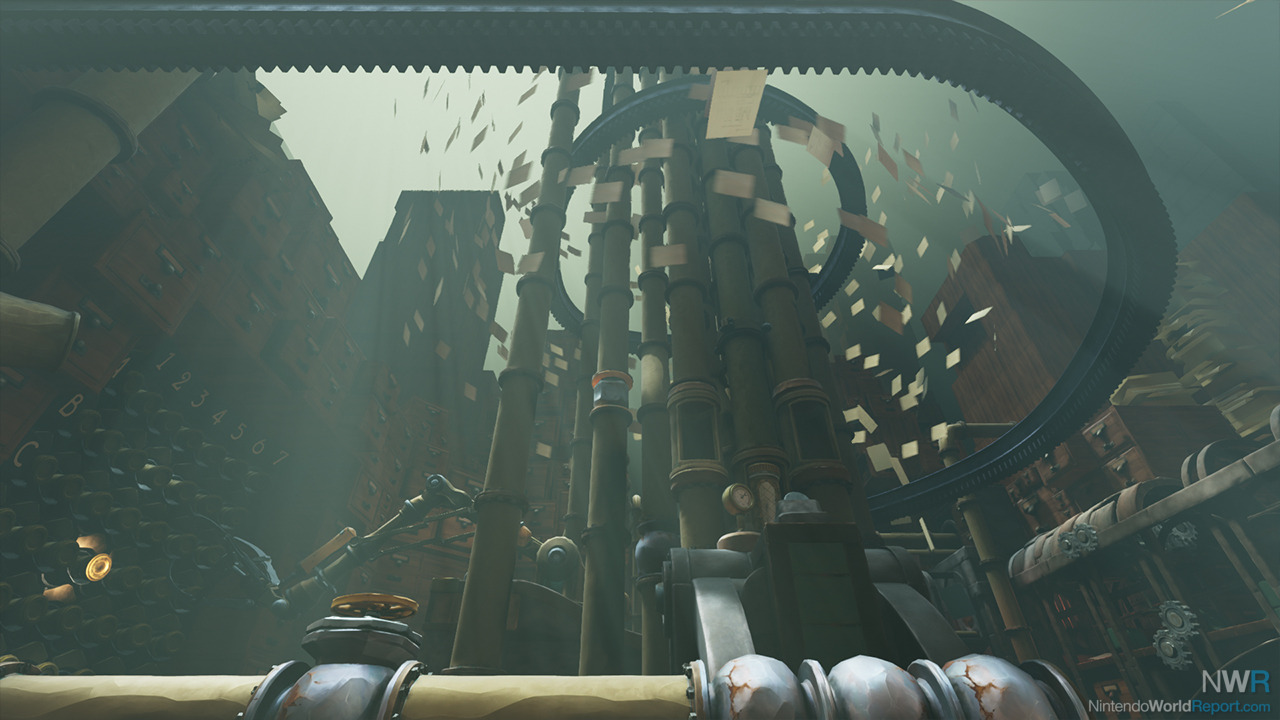 I wish I could say that was the end of the review, as these portions are really something worth experiencing most of the time, but the Nintendo Switch port has some major issues performance-wise. From frame stuttering between areas to some serious texture pop-in that is encountered throughout the entire experience. Pair that with two hard crashes (one of which somehow had my Switch register as no longer docked, scaring me into thinking something may be wrong with my system) and you have a recipe for disaster. Metamorphosis just doesn’t play well on our favorite handheld hybrid, unfortunately. Considering you could push through these issues mostly with no issue, we then get to the significant graphical downgrades in this port. One of the biggest sellers to this title is the incredible vistas and top-notch, cartoony looks. While most of the views from afar still hold up for the most part, up-close you have some pretty rough edges and lack of detail across the—often literal—board. A game as pretty-looking as Metamorphosis deserves a playthrough, but the Nintendo Switch version might need to wait for a patch.

Metamorphosis is a love letter to Franz Kafka, that, unfortunately, is in pretty rough shape on the Nintendo Switch. The stuttering, texture pop-in, and hard crashes overshadow an experience that could otherwise be described as generally enjoyable. Witty dialogue, challenging platforming, and the incredible sights to see from this pint-sized perspective would make it worth the issues in performance if it weren’t also for the bland adventuring and jittery controls.