A simple and cute third-person adventure that just isn’t all that captivating.

It’s not long into NIS America-published Giraffe and Annika that you figure out what the game has in store for you. This third-person adventure involves exploring a mysterious island, solving puzzles, and even completing rhythm-based battles, but ultimately, much of the core gameplay is shallow and boring. While that sense of discovery and stumbling upon the next objective add some enjoyment to the proceedings, the minute-to-minute experience is bogged down by a number of questionable design choices.

You play as Annika, a girl with cat ears, who wakes up on Spica Island with her memories essentially gone. After exploring a small house, you meet a boy outside named Giraffe, who knows you and functions almost like a guide. In fact, for much of the game, Giraffe will simply lead you where you need to go; at other times, you are left with few hints about your next objective or what to do next. Comic-book style panels provide backstory and showcase charming interactions between the characters, and these are a definite highlight. The primary objective, as is the case with so many amnesiac protagonists, is the recovery of Annika’s memories, and so Giraffe helps you to collect three star fragments that will hopefully help Annika remember.

Spica Island makes for a forgettable backdrop (forgive the pun). The same grass, hills, trees, mountains, and water are visible nearly everywhere you go. Dungeons that you enter to collect the star fragments add a touch of variety, but even these are fairly plain. As you progress through the story, you earn new abilities that allow you to explore more of the island. However, the lack of a map coupled with the similar-looking locales take away from the enjoyment of seeking out new areas. Coloured gates block off parts of Spica Island, and so you sometimes have to engage in side-quests in order to collect the keys that will let you advance; alas, these are more frustrating than fun. One involves finding a set of baby bunnies within a set time limit, and if the time limit expires, all of your progress is lost and you need to start over again. Another involves taking photographs of statues, but the instructions are vague, and there’s multiple steps involved in producing pictures that the requisite NPC will actually accept. 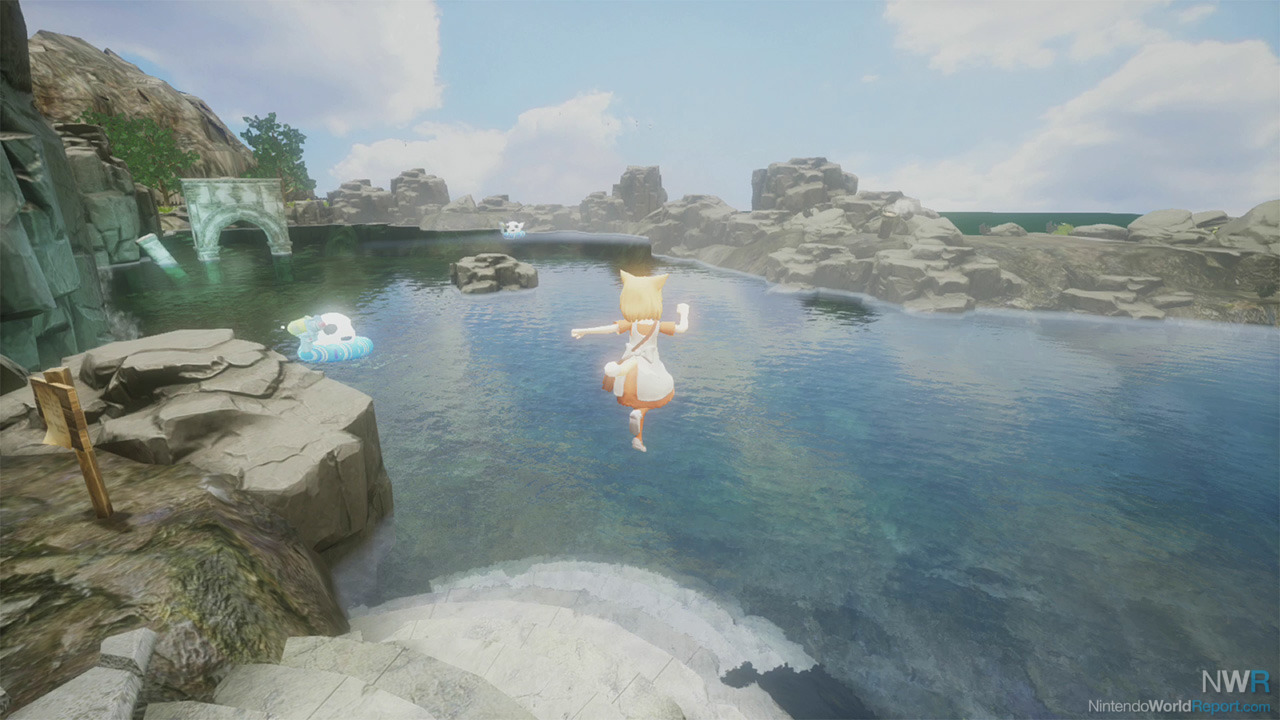 The dungeons, and both the game and I use the term loosely, involve traversing a fairly linear path while avoiding ghosts, the primary enemy type, and navigating narrow platforms. Even though the dungeons aren’t overly difficult, and losing all of your health doesn’t send you back very far, they just aren’t all that enjoyable to complete. When you get to the end, you engage in a boss battle rhythm minigame: by moving left or right and timing your staff swing with glowing orbs or beams launched by your opponent, you gradually whittle down their health meter. These offered a nice change of pace to the more monotonous exploration, but they weren’t really anything special.

In terms of aesthetics and performance, Giraffe and Annika seems to look better in screenshots than it does when actually playing it. A muted color palette, object pop-in, and simplistic graphics hamper the overall experience; it’s difficult to find that desire to explore when everything you see is visually unappealing. The music fails to leave an impression, even just the rhythm sections. On the positive side, the artwork of the comic-book cutscenes is a nice departure from the rest of the game’s drabness. 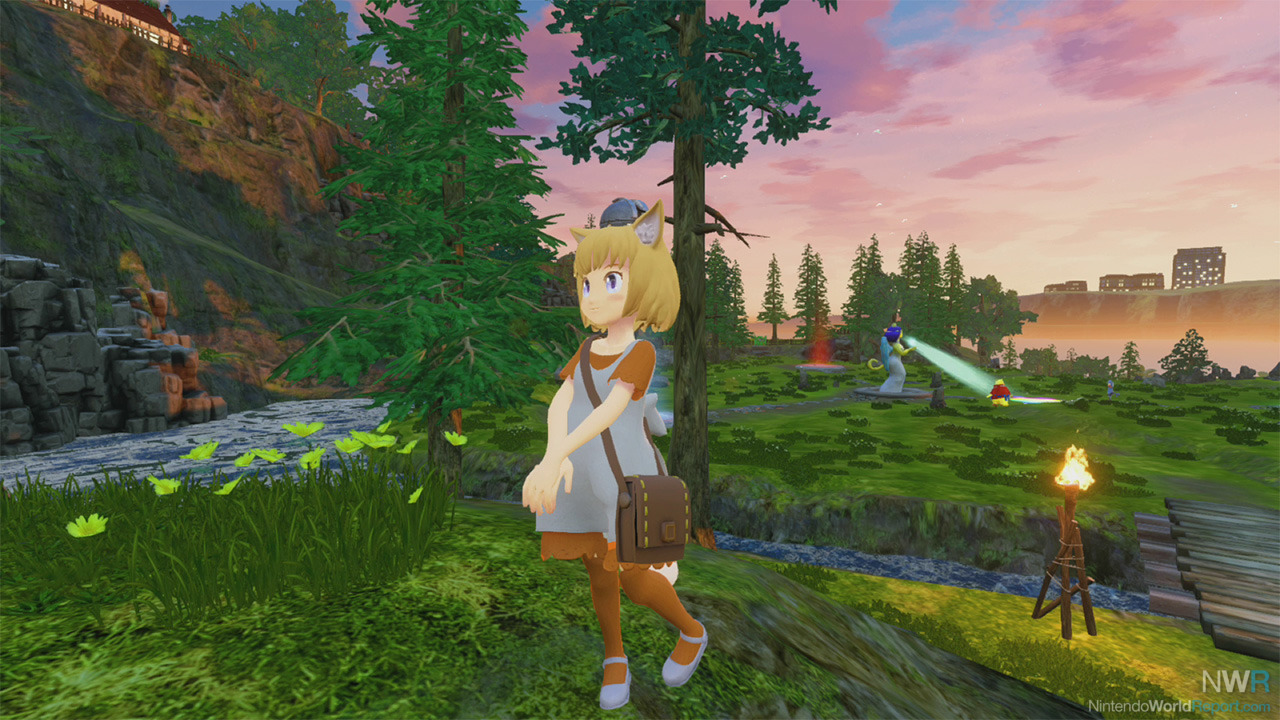 I’m not really sure of the intended audience for Giraffe and Annika. Before acquiring the jump ability and the expanded oxygen meter for swimming, moving around Spica Island is almost painful. You can collect vegetables to restore your health, but you’ll also need them for puzzles later in the game. The map is littered with blue stones that restore your health and outside of dungeons you rarely even need the healing. There is a list of achievements and in-game collectables that allow you to unlock things like alternate outfits for Annika, but these are really the only reasons to explore outside of advancing the story. At the end of the day, the gameplay isn’t likely to compel you to spend the 5-10 hours needed to see the story through. Everything this game does is done better elsewhere, so dive back into the bottomless eShop sea and fish up another adventure. This Giraffe is better left on safari.