A decent school-themed tactics game that graduates without honors.

Wintermoor Tactics Club isn’t the first game in the genre to feature a school as its setting, but it distinguishes itself enough from a title like Fire Emblem Three Houses with its accessible gameplay. For those unfamiliar with tactics games, the player takes turns moving and attacking with their set of units before ending their turn and allowing the opponent to do the same. While there aren’t really any RPG game mechanics to speak of here, the battles actually consist of fantasy campaigns played on a Dungeons & Dragons-like board, which means each of your party members has a real life personal and the character they roleplay as during campaigns (and in-game battles). While the premise does have some promise, frequent loading screens and overall performance issues hamper what would otherwise be a fairly entertaining playthrough.

Wintermoor Academy is home to many different clubs, including the titular Tactics Club, but for some reason the principal has decided to eliminate all of the clubs except for one. To accomplish this, he devises a snowball tournament called War of the Clubs that pits the clubs against one another. You play as Alicia, one of the three founding members of the Tactics Club, and across the game’s seven chapters you need to compete in the tournament and also find out the impetus behind its inception. Each chapter sees you participating in a handful of battles either on the tabletop board in the Tactics Club room or around the campus. In addition to main quests that advance the story, side quests pop up regularly that allow you to learn about other students at Wintermoor and earn upgrades for your characters. One endearing element of the story is in how Alicia writes campaigns for fellow students as a way of helping them overcome their own personal challenges. 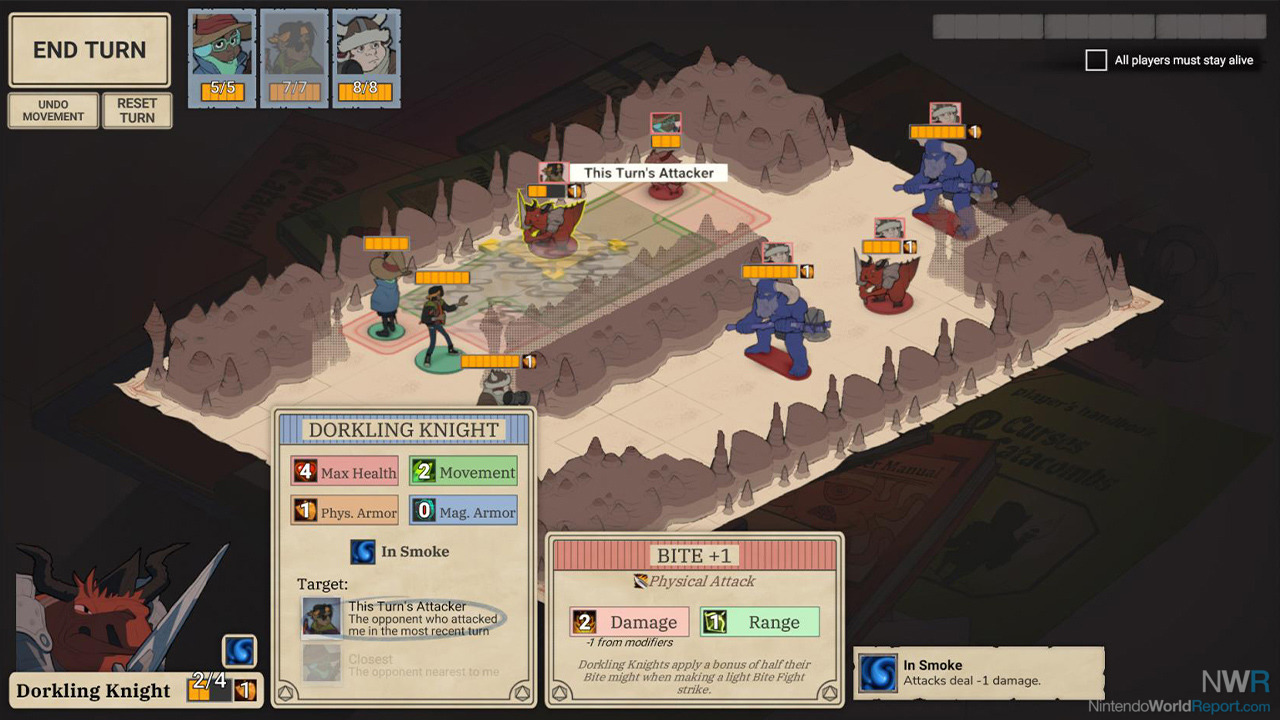 Battles play out on different sized grids and in different environments, like plains, caves, and snowy fields. While early fights are fairly simple, the difficulty and complexity do increase gradually. Generally, you start by choosing where your three party members will begin on the map, and then alternate turns with your opponent until one side is eliminated. There are some varied objectives like surviving a set number of turns. Alicia roleplays as a mage with a basic but effective chain lightning spell, but she also has a powerful straight-line laser attack that can be used after a communal meter is charged. Jacob plays a rogue and has a shove attack that can push enemies to another tile and a grappling hook that can pull enemies toward him, both of which make him a valuable party member. Each character only has two or three abilities throughout the game, so you figure out pretty early how best to use them. You also have the option to correct movement mistakes as often as you like and even reset an entire turn up to two times per battle.

Outside of battles, you walk around the Academy to talk with different characters and work on solving the mystery of the War of the Clubs and the principal’s behavior. There are some funny pieces of writing in the descriptions of books in the library and the dialogue from characters, so it’s worth exploring each area. There actually aren’t that many buildings and areas to visit, so you get to know the world of Wintermoor Tactics Club rather quickly. Unfortunately, it’s in this exploration side of the game that the Switch’s performance issues become a major hindrance, especially when compared with the PC version. Exiting rooms, like moving from the Tactics Club room to the hallway, results in a loading screen of close to 10 seconds, and you’ll encounter these loads nearly every time you enter or exit a room. Moving from one campus building to another causes a load screen that can last as long as 20 seconds. Given how often during each chapter you are moving from place to place to advance the story or complete side quests, these loading screens are a major concern. 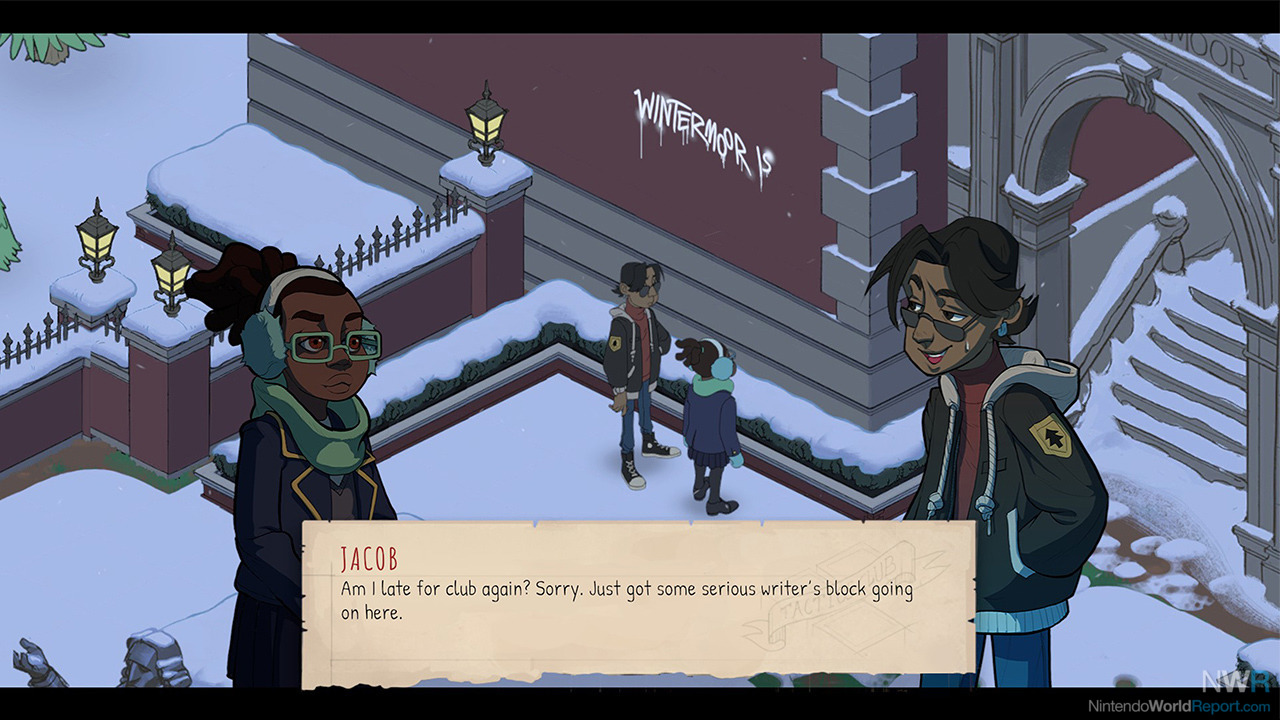 Similar problems occur both during exploration and combat segments where the game will stutter somewhat regularly, which really affects the pacing. Fortunately, there is a fast-forward option during battles that can help speed things up, and for the completionists out there, medals are awarded at the end of each battle based on how many mini-objectives you met, such as having all party members alive or using your special abilities a set number of times. Just as I was about to save my progress during the end-of-chapter prompt, my game crashed. If I wasn’t reviewing it, that would have been enough for me to drop out of Wintermoor Academy.

At the end of the semester, Wintermoor Tactics Club earns a passing grade for its accessible gameplay and charming story beats, but there’s red ink all over the Switch’s performance. If you don’t mind frequent loading screens and stuttering, consider grabbing this version for the portability, but playing on PC might offer a more enjoyable experience.