Rolling around in Skully is evocative of old-school 3D mascot games, warts and all.

Skully reminds me of games from a different era. The new Switch game from Canadian developers Finish Line Games gives off an air that seemingly pays homage to old quirky mascot 3D platformers of the late ‘90s and early 2000s, as you roll around as a skull, affectionately named Skully, around enemies and obstacles, collecting items and accruing new abilities along the way. The relatively straightforward premise has a lot of promise, but issues ranging from visual quality to level variety hold it back from being a more memorable experience. That being said, even with the blemishes, Skully is an enjoyable ride.

You initially roll around as a skull, which feels similar to how the morph ball in Metroid Prime controls. A lot of the sphere’s movement is based on momentum and nimble guidance. Initially, really all you can do is roll and jump. The story begins with Skully being revived by Terry, an elemental deity who is trying to work with his angry siblings to save the island they all live on from destruction. It’s primarily told through sparsely animated cutscenes that have a really pleasant and distinctive visual look as well as well-acted voiceovers between Terry and his three siblings. The writing is enjoyable and the story is surprisingly memorable and compelling, helped a lot by how Terry communicates with Skully and others during gameplay. 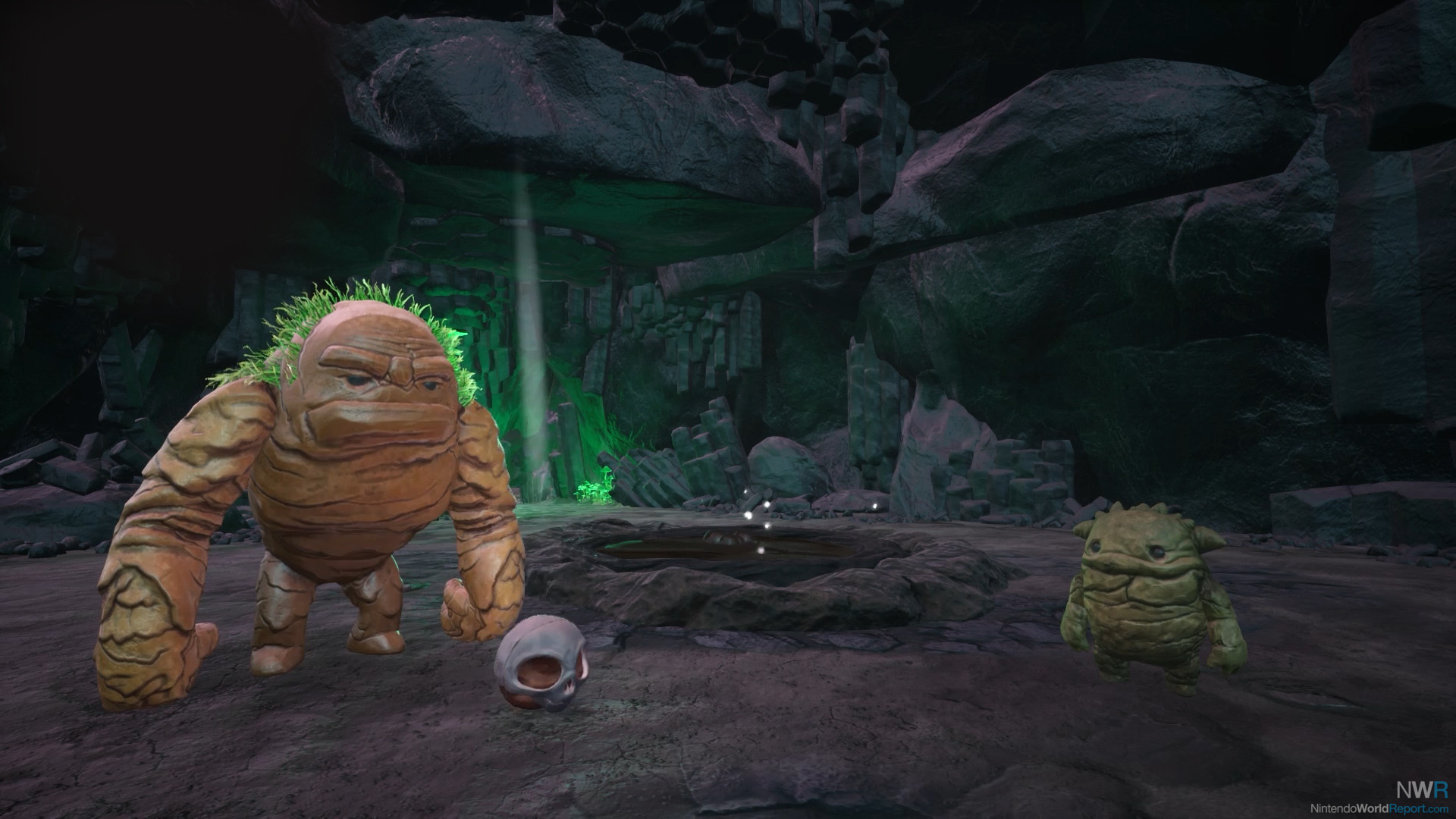 Over the first half of the game, you unlock clay creatures that Skully can transform into at a checkpoint. The first of these is the strong form that can fight enemies and knock down rocks and walls. The second is the swift form, which can dash and move certain platforms horizontally. The third is the vault form, which has a double jump and the ability to move certain platforms vertically. All three have their specific uses to solve different puzzles and overcome different problems, with some light ability evolutions as the game progresses. For example, the brawler can hit a lava rock enemy, stunning them briefly, and then when it chases you afterwards, you can lead it to blow up a wall.

More complexities arise as you get deeper into the game. Some of the wilder puzzles involve using multiple creatures at the same time. Skully can hop out of any creature with a button press, leaving a lifeless husk. You can have three creatures out at the same time, which lets you do things like leave a platform hovering in the air with one and then hop into the double-jump critter to make it to the next checkpoint. 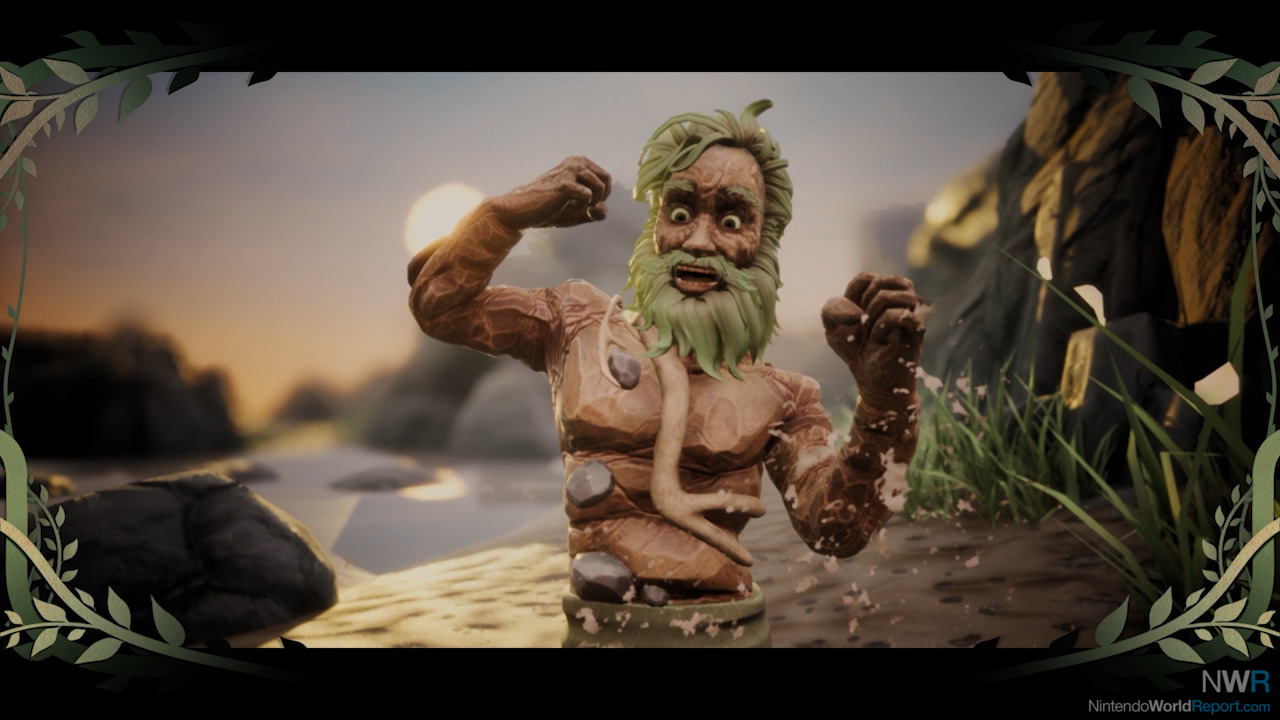 The checkpoints are relatively frequent, which is great because the difficulty curve skews a little more challenging. You respawn almost instantly when you die, but the process of switching to different creatures or having multiple out is a slow one as it resets after death. A few late-game areas were more frustrating in how much I had to more mechanically and repetitively set up solutions. I’m fine with replaying tricky platforming segments, less so when it involves navigating a problematic camera to place a platform in the right place.

That camera is a piece of work. You can rotate it around in most situations with the right stick, but sometimes that involves the camera being stuck in a wall, not showing much of anything. It also doesn’t help that while you do go through a variety of locales, whether it’s rivers, mountains, or molten caverns, the individual levels feature a lot of repeating foliage and rooms. It makes the task of exploring the levels an arduous one because it’s shockingly easy to get completely off track, especially as the design gets more complex. 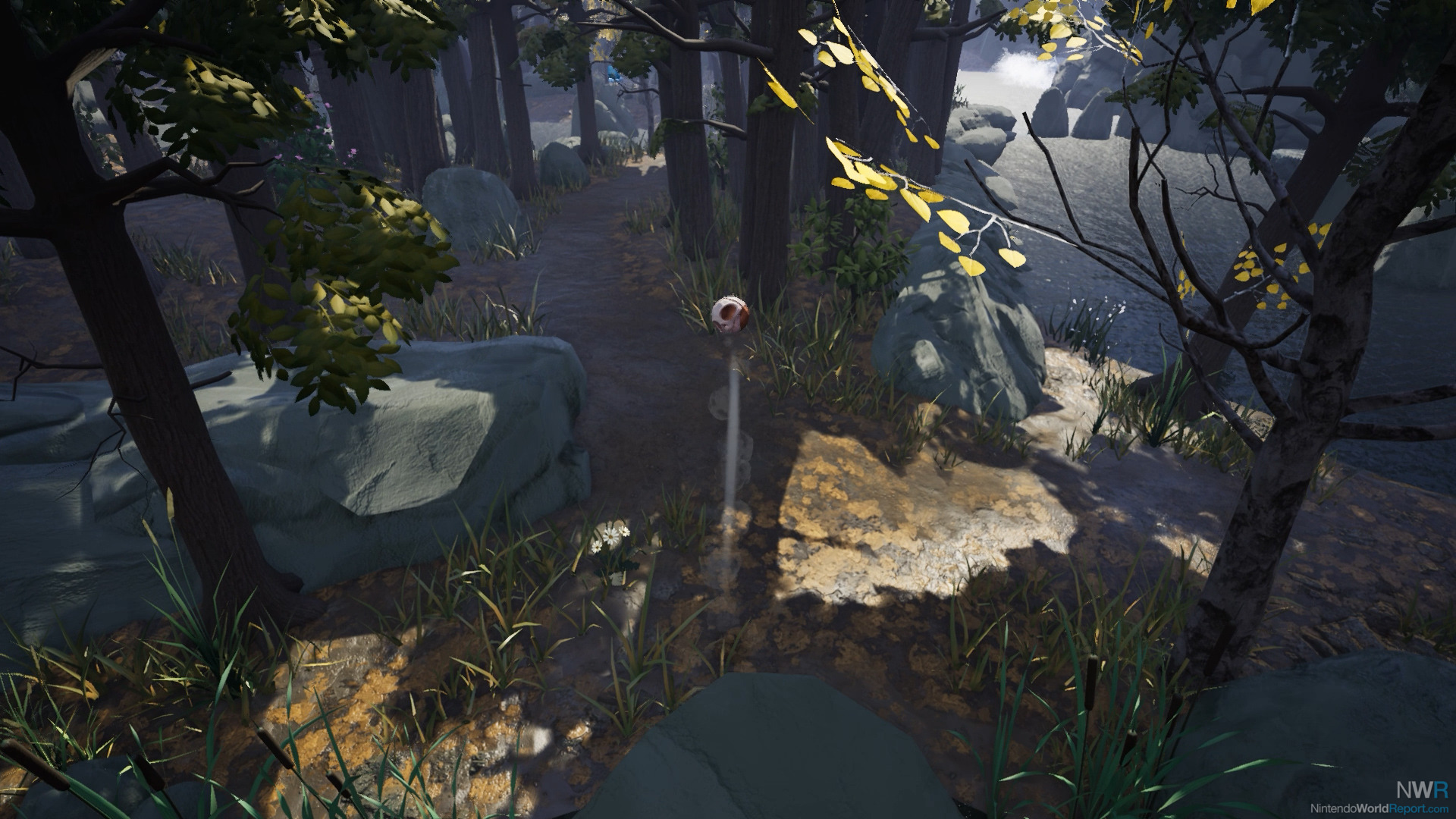 The levels are primarily a straight line, but each one has a certain amount of flowers that can be collected. They unlock concept art bonuses, which aren’t the most alluring reward, but still, it’s generally fun to try to figure out how to reach some of the hidden and out-of-the-way flowers. Seeking them out does entice you to explore more, which Skully just doesn’t seem designed to do. Once again, because of how similar whole levels look, it’s sometimes hard to find where you should go.

On Switch, Skully runs fine, but definitely at a visual cost. The handheld version looks washed out, which makes it harder to sort out the similar-looking environments. Everything fares a lot better on the TV, but I had to dramatically alter the in-game brightness setting as some levels were very dark and hard to see (note: this happened across two TVs and every other game I played on both TVs didn’t have any brightness problems). Don’t be afraid to crank up that brightness if you’re having trouble.

While Skully definitely has its share of problems, I still had a fun time in this world. The camera is frustrating, but the twitch rolling and platforming mixed with the increasingly devious puzzles makes for a good gameplay combo. Even though the Switch version’s visuals are a little rough, which doesn’t play nicely with the overall visual blandness of the levels, the style of the character designs is appealing. Underneath Skully is a lot of charm, but enough issues pile up that pull it back into the mud.