There's an elegance to basic but accessible games that can be played by just about anyone. Locomotion isn't a complicated game, and as such it lends itself well to sitting down with the family to solve its gradually more challenging levels. The premise is that you're a train conductor navigating single-screen 3D environments by moving your train along a track to collect gold and eventually reach the exit for each stage. There isn't a ton of depth to the gameplay, but it's a satisfying experience nonetheless. 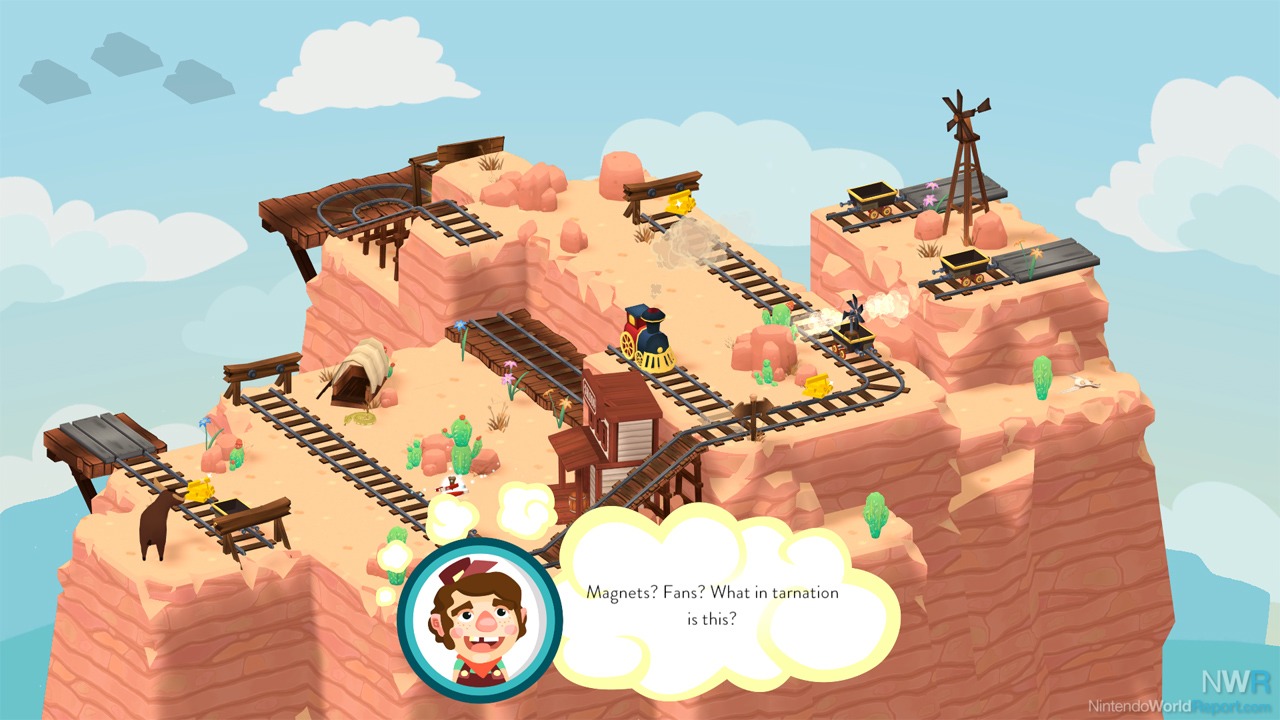 Across 52 stages, you navigate hills, bridges, collapsing terrain, and train switches to reach the goal. Every stage has a handful of gold bricks or similar tokens to collect, most of which don't require that you go out of your way. Even though this means they don't really represent much of a secondary objective, gold pick-ups do serve as a hint of where you need to go and what you need to do. Many stages see you pushing or pulling mine carts, magnets, and even fans in order to activate, raise, or lower platforms. The most common action you take, in addition to moving the train itself forward and back, is flipping switches at intersections that determine which path you take. While the difficulty ramps up at a gradual pace, Locomotion is best played in short bursts given how similar the stages and obstacles can be within each of the game's four worlds.

In terms of visuals and sound, the look is light and cartoonish, fitting well with the gameplay. The music is a little repetitive, and while thematic, it isn't all that pleasant for long stretches. I found myself listening to podcasts or other music instead. The sound effects are better, though. In terms of the camera, you don't have as much control as you might with Captain Toad in that you can't zoom in and out, but it's only a minor issue on some of the stages. Although more visual variety would be welcome, nothing about the aesthetics is out of place. Each world has its own look and introduces new mechanics, making it a treat to reach the next one, the last two in particular. 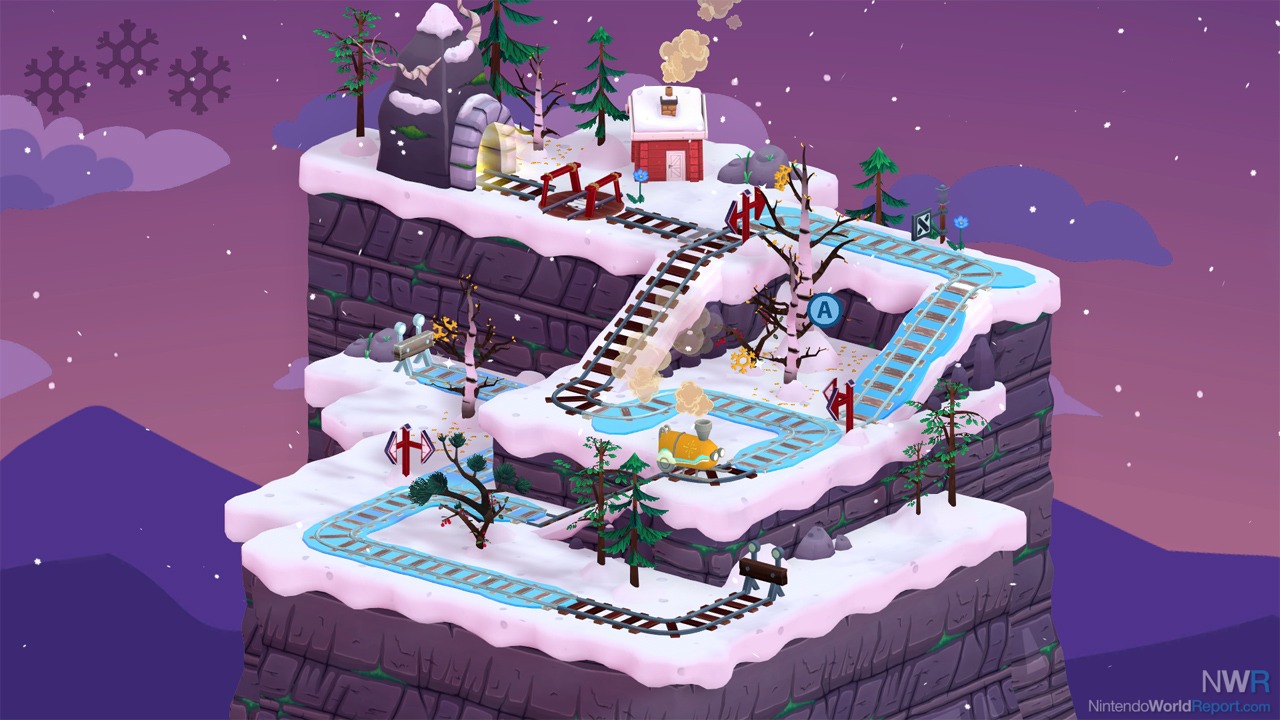 Locomotion doesn't necessarily bring anything new to the table, but its clever level design and pick-up-and-play nature make it a great option for puzzle fans and those who are looking for an experience they can share with younger or more casual players. More color or visual flair would have added to the package, and it would have been nice to skip puzzles you get stuck on to advance to the next stage. Overall, though, Locomotion is a solid 3D puzzle title that is good for a few hours of train-based entertainment.