A clever game geared for co-op.

Most games are more fun with another player. I could rattle off numerous examples of janky fighting games I liked as a kid or ambitious co-op adventure games that I loved despite a relative critical shellacking. Rez Plz is a game that is a shining example of how games are better in co-op, especially because Rez Plz is essentially designed over the hook of two characters killing each other and reviving each other with reckless abandon. 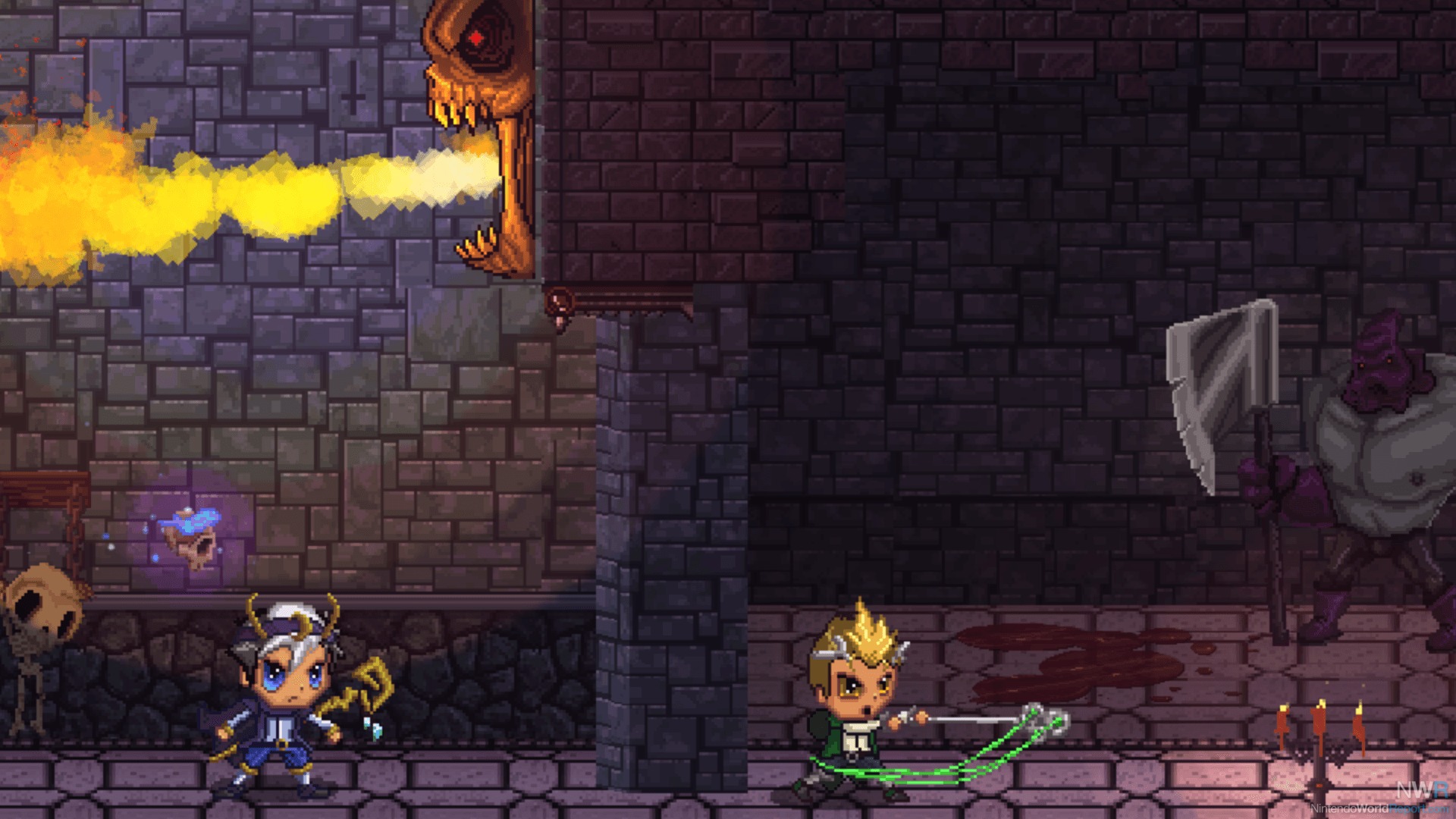 Decorated with big, expressive pixels, Rez Plz is a puzzle platformer starring two wizarding brothers that wind up fighting dark forces. They are given the power of resurrection, so when one brother dies, the other can revive him. The hook here is that you have to jump with the brothers through a variety of stages, frequently using the dead body of one of them to bypass obstacles and solve puzzles. As dark as the concept is, it makes for a lot of clever puzzles. Some of them are a little more boilerplate, such as one brother stepping on a switch that lowers a bridge so the other can cross, but the best puzzles involve strategic murder, like when one brother jumps into spikes so another can use it as a wall jump point.

While some of the trials can be a little obtuse, the overall difficulty curve of the adventure is consistent and fun. The brothers gain new spells over time, adding some more variety to the proceedings as you move on. A number of unlockables can be found as well, adding some visual customization and some hard-as-hell gauntlet stages. From a co-op perspective, Rez Plz is a good time if you have someone to play it with, even more so if you and your co-op partner fully understand the quirks and nuances. 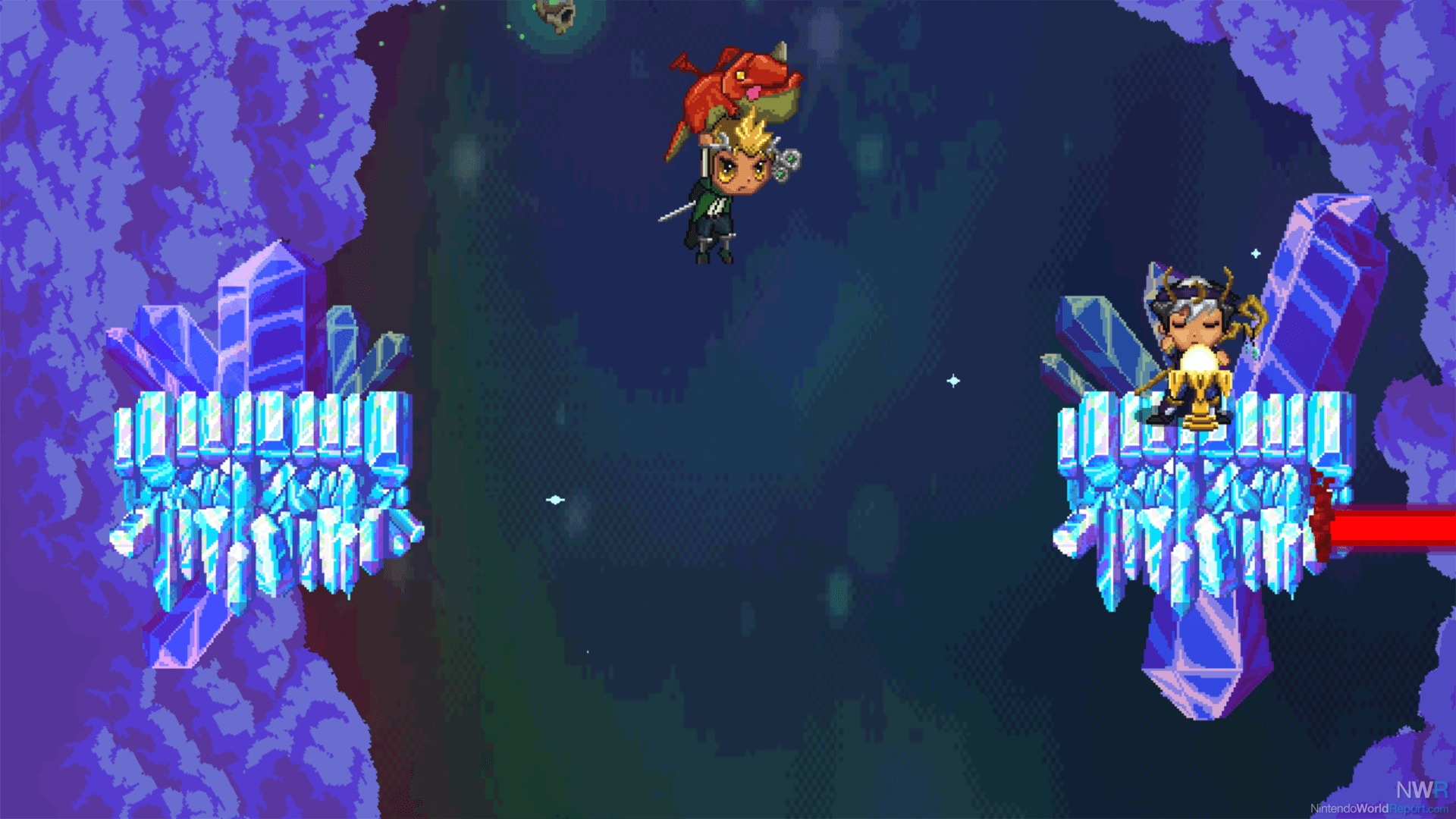 That being said, the game quickly settles into mediocrity as a single-player game. One player alternates between controlling both brothers at the press of a button. That alone involves a lot of monotonous duplicate walking and jumping. It becomes increasingly difficult to land the precision needed for some puzzles by yourself. Of particular trouble is the jump boost mechanic. One player can press a button to put themselves in a position to give the other a higher jump. It requires a lot of fiddling when in single-player, to the point of annoyance.

Rez Plz aims to do one thing really well: co-op puzzle platforming. And it does do that really well. If you’re in the position to play through this fully in co-op, I recommend it wholeheartedly. However, if your only option is single-player? Take heed. Rez Plz relies heavily on the two-player experience. It’s nice the solo option exists, but I can’t say it’s very good. Thankfully, the co-op is a lot of fun.