A puzzle game hybrid that features lots of style and tile sliding.

I always enjoy when a puzzle game concept is adapted to a new style or genre. Stellar examples of that include the platformer hybrid of unsung Nintendo DS classic Henry Hatsworth, the RPG stylings of Puzzle Quest, or the underrated Switch/3DS game Sushi Striker. The latest to blend genres is Keen: One Girl Army, a sliding puzzle game that flirts with Zelda-like dungeons and turn-based tactics. Oozing with a fun poppy aesthetic, Keen’s charm carries it a long way. 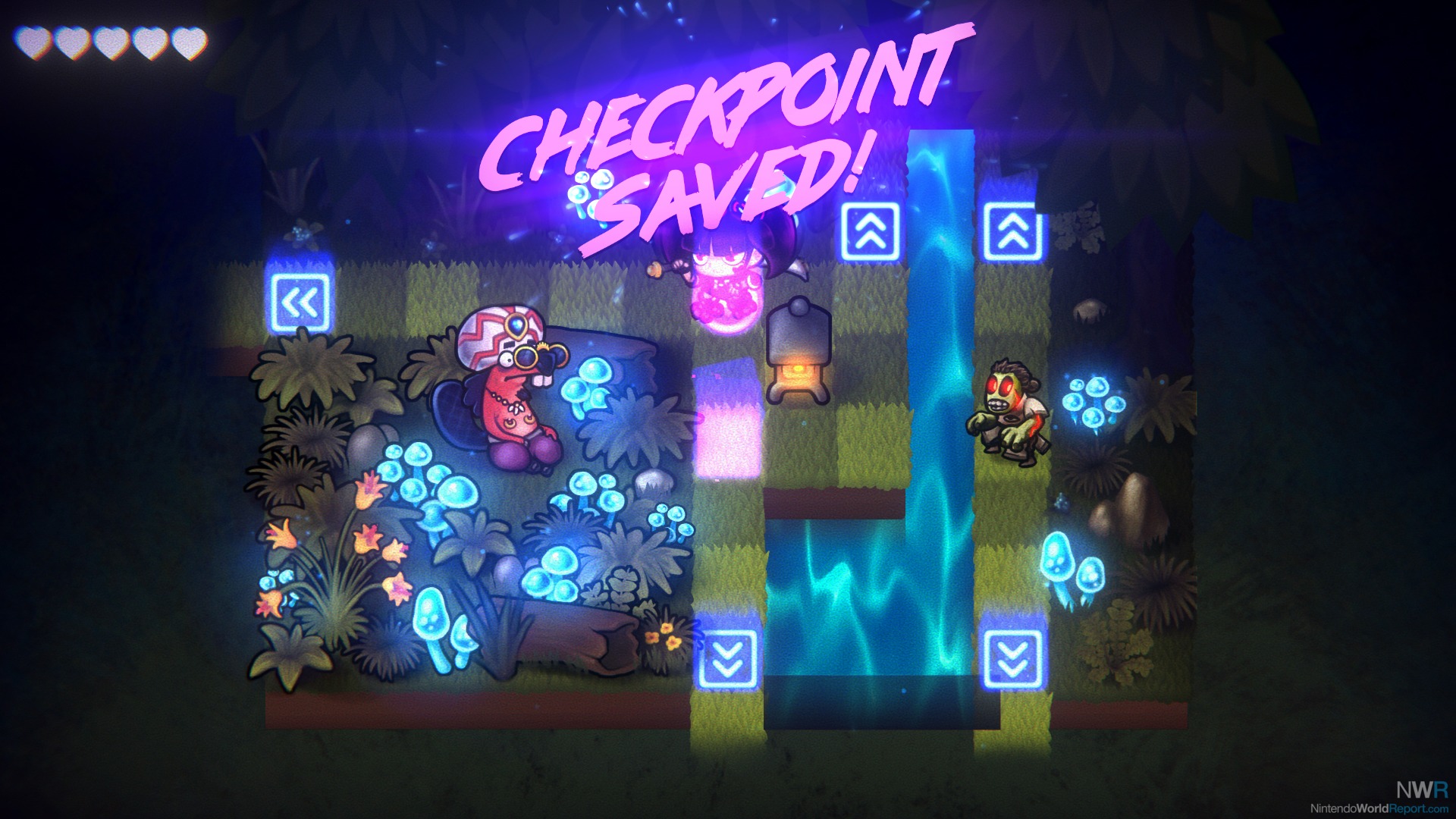 You star as Kim, a girl who happens upon a legendary weapon and proceeds to journey through different dungeon-like stages to save her village. Moving around the grid-based environments, you slide her across the stage, setting up chances to attack enemies, clear obstacles, and solve puzzles. The gentle nature of the first few stages makes it easy to acclimate to the eccentricities of this style. Your basic goal is to just clear the level, but bonuses can be gained by completing it in a certain number of moves or not taking damage. With that in mind, Keen has a little bit of emphasis on replaying levels to clear every objective.

While the first run through each of the progressively more complex and challenging levels is fun, I didn’t find replaying them for full completion to be as enjoyable. A lot of this game calls to mind the likes of Slayaway Camp, a game I fell in love with when it came to Switch in 2018. I bring it up because Slayaway Camp has a similar novel approach in building off of the sliding puzzle concept, but it has much more of a precise focus than Keen, with short, replayable puzzles that are more rewarding to completely figure out. I appreciate that Keen shoots for the moon by tackling more intricate levels and adding more wrinkles to this idea, but by the end of it, it seemed to crumble under its own weight. 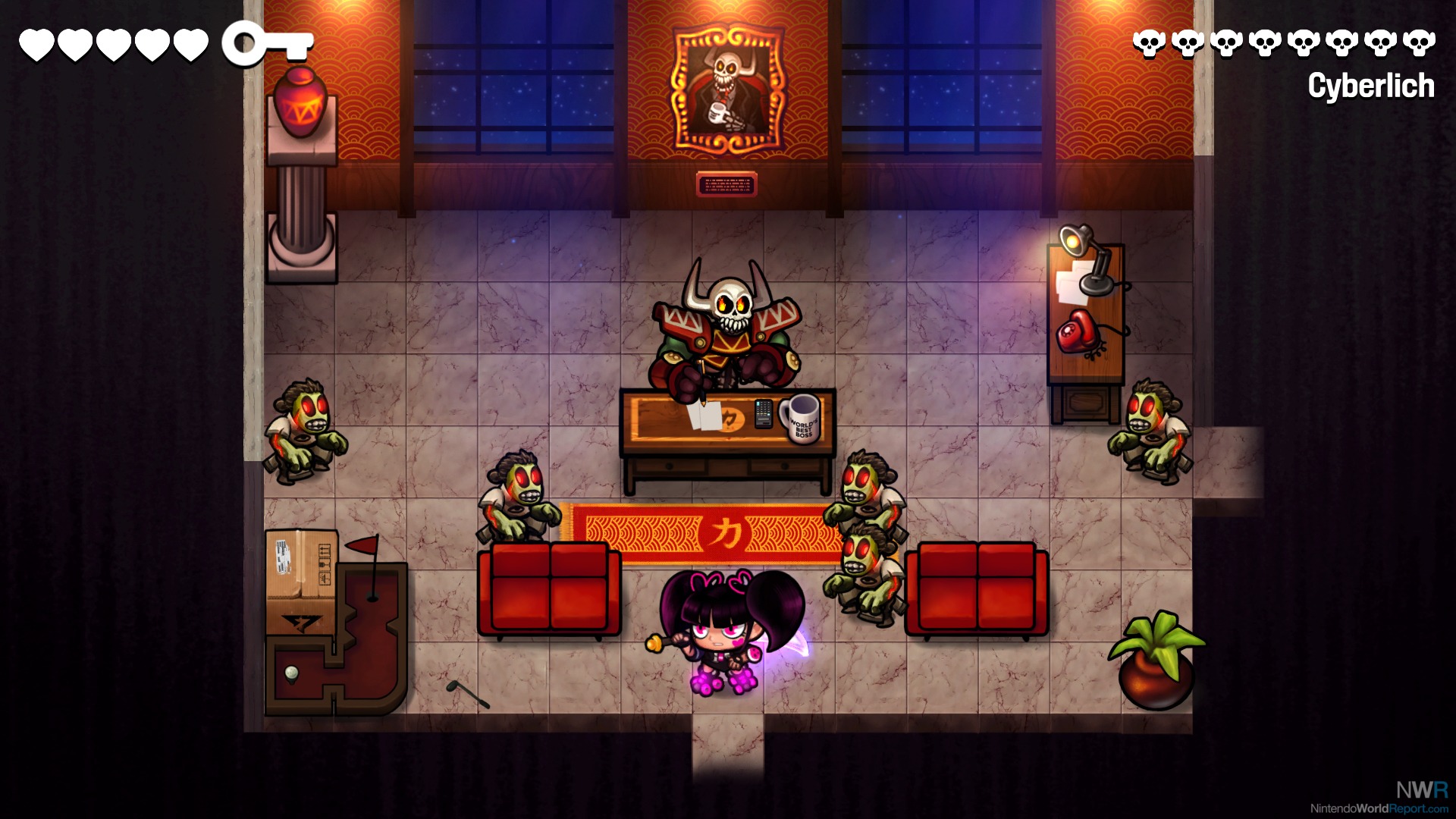 That’s not to say some of its bold additions to the formula don’t pay off. Boss battles that might seem traditional from a visual sense have a nice twist by using the turn-based tile-shifting mechanics. Bosses become interesting puzzles that truly test your tactical skills. Enemies with unique movements and devious tricks make working your way through different areas tough. Even aside from combat, figuring out the environmental puzzles is a challenge. But now we’re back to some of the overall bloat. There’s often a lot going on in Keen, and even if it’s all coming from the right place of ingenuity, it can wear on the overall experience. I keep coming back to how these tile-shifting games are built on revising your strategy for optimal solutions and how the overall length of levels makes that less enjoyable.

Keen: One Girl Army is a stylish, fun game that stands on its own by mixing together sliding puzzle gameplay with turn-based tactics and some light dungeon exploration. While it’s not as replayable as it wishes it could be, it’s still an enjoyable puzzle game even if it might be a little much at times. If you’re looking for something that innovates on puzzle games in the same vein as Hatsworth, Puzzle Quest, or Slayaway Camp, Keen’s the game for you, but it likely won’t hit the highs of those games.