A classic GBA farming sim sprouts up on Switch.

Story of Seasons: Friends of Mineral Town is a remake of 2003’s Harvest Moon: Friends of Mineral Town for the Game Boy Advance. Given that the Story of Season’s moniker is the one attached to the developer of classic Harvest Moon games, Marvelous Inc., it’s important to remember that Story of Seasons is the series with the pedigree, unlike the modern Harvest Moon titles (such as Harvest Moon: Light of Hope) developed by Natsume. With that confusion out of the way, let’s focus on the new Friends of Mineral Town, which is a farming and life simulation where the player inherits their grandfather’s farm and sets out to restore it to glory. In between planting and harvesting crops, feeding livestock, and foraging for berries and plants, you meet over 15 villagers who you can befriend and interact with, some of whom you can even marry. While the formula will be familiar to anyone who has ever played a game in this genre, a lack of variety and depth make the latest Story of Seasons game more of a fair weather recommendation.

While the two Story of Seasons titles on 3DS and the Doraemon spinoff that came to Switch in 2019 feel like completely new experiences in the franchise, Friends of Mineral Town doesn’t stray too far from the 2003 original. Yes, the visuals have seen an overhaul and there are new characters and relationship options, but the gameplay doesn’t seem to have evolved in the same way. All of the old activities are still here, including fishing and mining, but the onus to complete almost every task in the game is squarely on the player. There are essentially no side-quests or much in the way of extra incentive for accomplishing anything in the game. 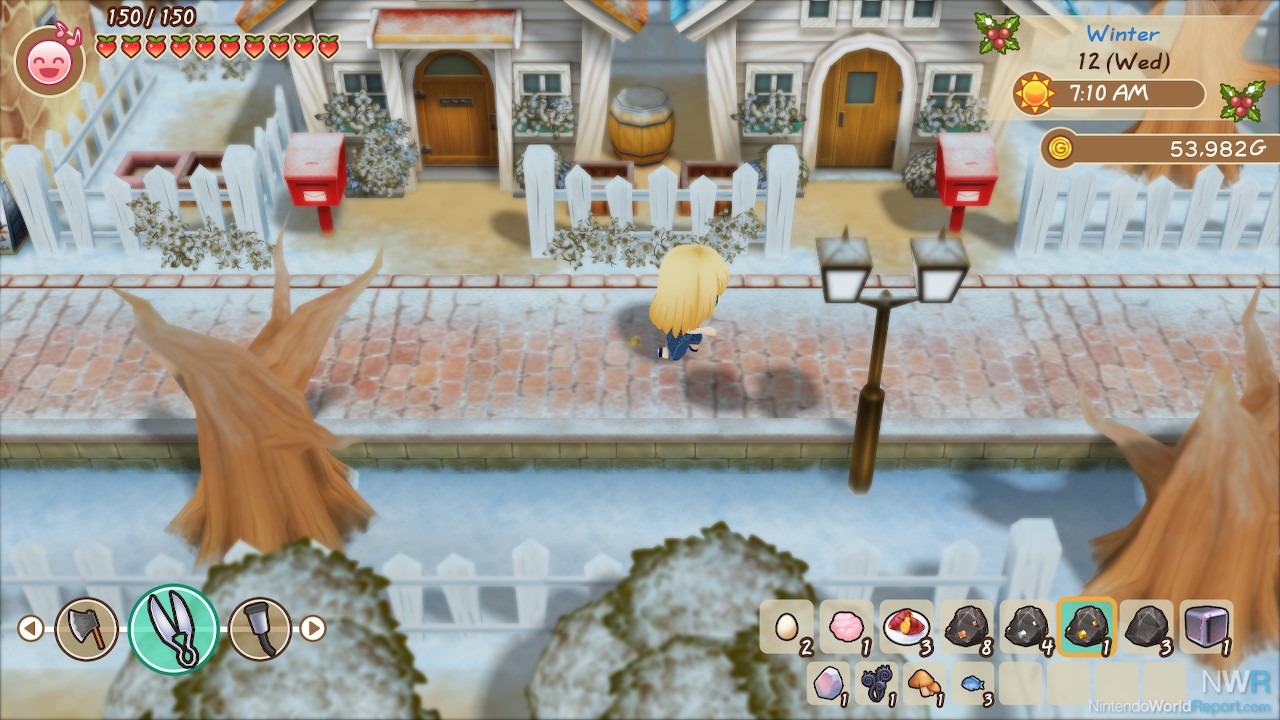 Each day on the farm begins at 6:00am and ends around 8:00pm, but you can stay out a little later at the risk of becoming fatigued and not gaining back as much stamina for the next day. On the farm, the surrounding town, and a few natural spaces, you can find Power Berries that increase your stamina meter, which is helpful because nearly everything you do drains said meter. After clearing your field of rocks, stumps, and weeds, you can prep and then plant various seeds according to the four in-game seasons. Every season except winter presents new crops to grow and harvest, but you can also purchase trees that bear fruit and honey. Chicken, cows, alpacas, and sheep are available to raise, but tending to all of your animals and crops can take most of the day since the in-game clock ticks by pretty fast. Fortunately, you can enlist the help of Nature Sprites to help with many of these tasks, as long as you’ve befriended them by giving them gifts.

When you’re not working, there are various festivals and competitions to attend in town. These don’t happen all that often, so you aren’t necessarily getting the same type of variety that has appeared in previous Story of Seasons titles. A significant aspect of Friends of Mineral Town is, as the name implies, the townsfolk with whom you can interact; however, I found some of the conversations and events to be quite brief and not all that interesting. It can also take a long time and a lot of gifts to start a relationship with one of the townsfolk. The game does feature same-sex marriage, rivalry cut-scenes, and numerous potential partners, but the character customization is extremely lacking for a simulation title in 2020. In an effort to reproduce the original Game Boy Advance experience, this new Friends of Mineral Town is held back. 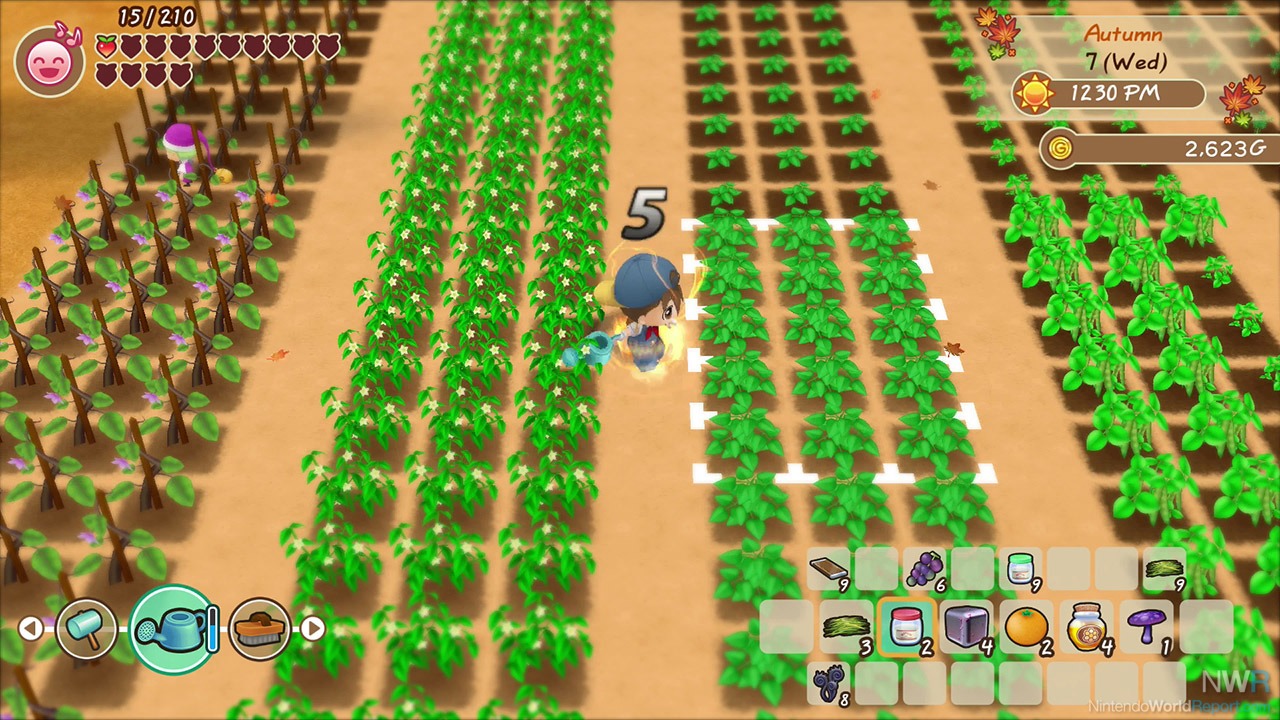 The Story of Seasons series is at its best when it pushes the genre forward and provides new and exciting opportunities to players. Friends of Mineral Town feels flat and simplistic as a result of trying too hard to emulate the game it’s based on. Although there is a fair amount of freedom to play the game as you see fit, it’s difficult to recommend the latest Story of Seasons entry over something like Stardew Valley or even the two 3DS games. In-game achievements, hidden items to collect, and an easy mode are all welcome features; ultimately, though they don’t contribute enough to make for a compelling experience. Those who want to enjoy the nostalgia of Harvest Moon on SNES and GBA will like coming back to something familiar, but Story of Seasons Friends of Mineral Town isn’t necessarily worth throwing in the shipping box.