3D platformers are a genre for which the basic rules were established quite well over two decades ago. Upon the release of Super Mario 64, the feeling of the 3D platformer was set. Moving was smooth and free, with a focus on jumping through ever more precarious obstacle courses. While we’ve iterated on the specifics over the years, those basic truths largely hold steady. Biped seeks to question the status quo, however, with a 3D platformer built around the challenge of walking. It is an interesting concept that occasionally brushes up against brilliance, if, of course, you can avoid getting tripped up. 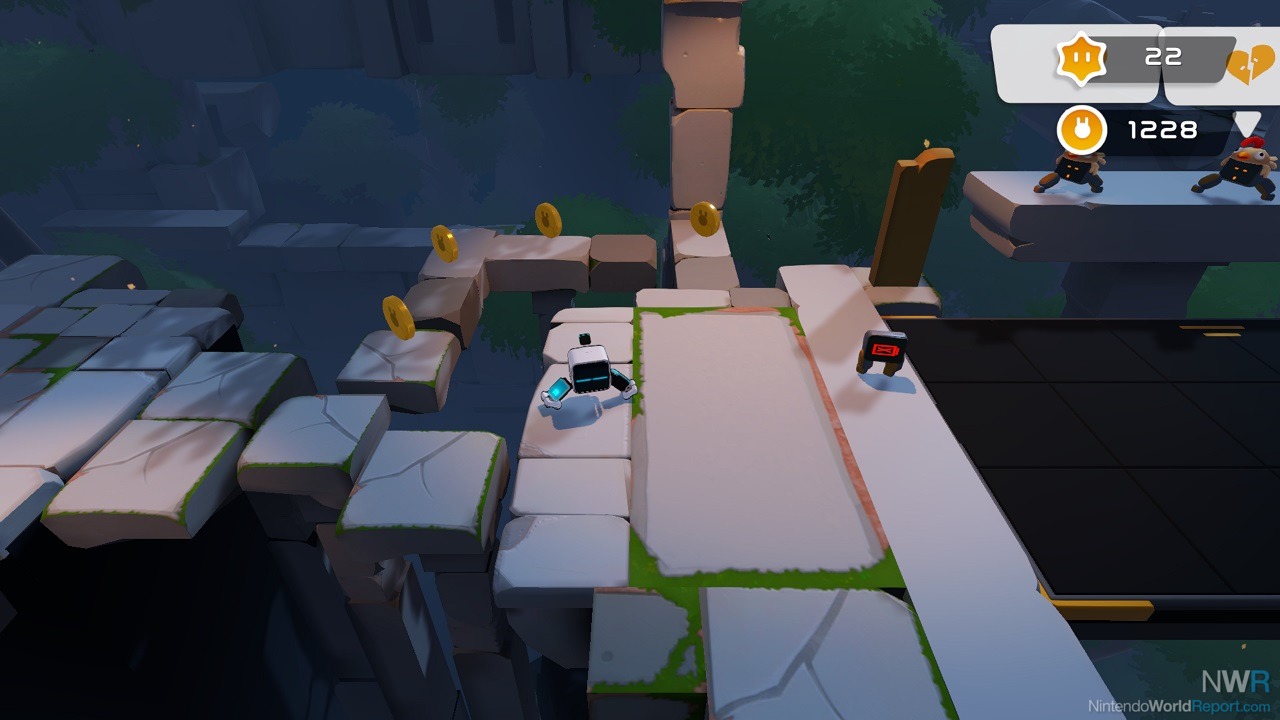 Biped is a 3D puzzle platformer that can be played either solo or with a friend. You control a small robot who has no arms, only two legs. Each analog stick controls one of these legs, and that's about it for controls. That limit on controls proves a wise choice, as much of your early time with Biped will simply be about wrapping your brain around controlling the robot. I constantly found myself accidentally spinning the little guy around backwards. There is no punishment for this of course and the game is just as happy to let you walk backwards as it is forward, though this is where I stumbled upon my only real issue with the controls. From a bird’s eye view, it is not always immediately obvious which side of your robot is the front. As a result I constantly lost track of which leg was associated with each analogue stick. Early on, this resulted in nothing worse than a momentary awkward movement, but as complexity increased I found myself failing challenges because of it. I would love to see an option to color code the legs or have them continuously marked in some other way. This issue can be alleviated somewhat by playing with a single Joy Con. In this mode each movement of the analogue stick will alternate from one leg to another. While it’s certainly easier, I couldn’t help but feel like I was losing something of the designer’s intention.That being said, it is great to be able to hand a Joy- Con to a friend for multiplayer.

The first half of Biped’s stages are focused around simply navigating a level. Here the difficulty comes from the awkwardness of the controls. Challenges will include balancing on platforms or traversing platforms that shrink or move based on the number of legs planted on them. The back half of the game has a stronger focus on interacting with the environment. In these levels, you’ll swing from ropes, manipulate machinery, and influence the environment on a grander scale. These later levels were really where Biped started to shine for me. Here, Biped had the confidence to use its mechanics to challenge me in new and interesting ways, other than simply asking me to walk, and this is where Biped truly forms an identity. The downside is that, while by halfway through I was having a great time, there are only eight levels total if you're playing single player. Playing in co-op adds an additional fourteen levels. In other words, to get your money’s worth I highly recommend playing with a friend. These additional levels present more challenging versions of the types of challenges you’d face in the main levels. They make the game feel much more complete, so it's a shame none of that transfers over to the single player mode, which winds up feeling somewhat incomplete by comparison. It is almost arguable that the single player could have been left out entirely if the focus was to be put so heavily into multiplayer. 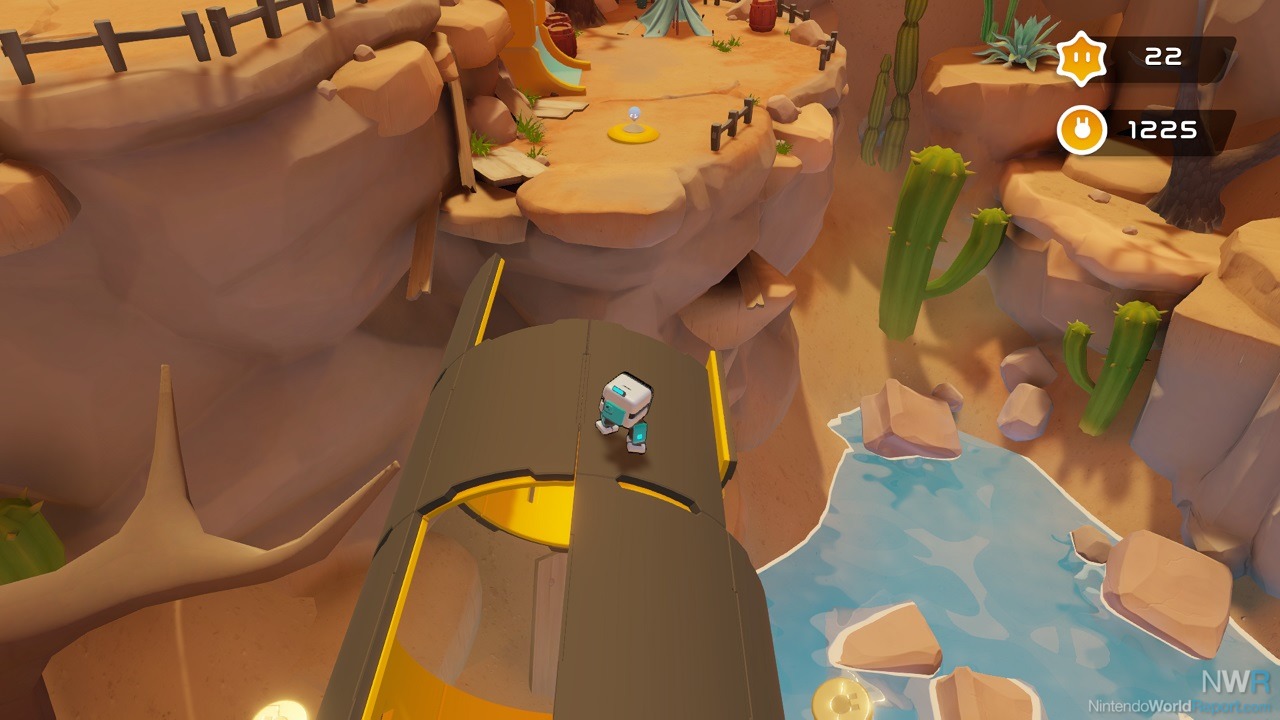 The overall aesthetic of Biped is delightful. The robots and the other characters they encounter are all adorable. Each of the primary levels has its own unique visual theme, though the additional pro levels all have a sci-fi test chamber vibe that can get a little repetitive. The music and sound design is also excellent. Goofy, chirpy voices enhance the robots further, and the soundtrack is one I can listen to even outside of the game itself.

Biped is polished to a beautiful finish on the outside, but struggles somewhat with what it wants to be on the inside. Too much of its challenge is built around coming to terms with its controls rather than utilizing them to do interesting things. While the back half of the game is excellent, I worry some may give up before then. I’d also argue that single player either needs to be removed or expanded on. As it is, it presents a version of the game that will leave players not realizing how much Biped has to offer. Even if the extra levels were simply greyed out with a note that says, “only available in co-op” it would do something to point out that more of the game is available. My first time through Biped was single player, and I reached the credits without even knowing the extra content existed. I enjoyed my time but thought there was very little on offer. I went back to try co-op and realized that more than half of the game hadn’t been shown to me. I could see plenty of players simply never realizing those levels are there. This would be a shame as Biped has a lot to offer, but you have to know where to look, and you’ll need a friend.