Justice for hire with style to spare.

Huntdown is a 2D side-scrolling arcade shooter with a swagger in its step. There’s self-assuredness in the preamble, which describes a dim future of gang rule and chaos where the only solution is to bring in one of a trio of bounty hunters to root-out the rival gangs in their own turf. Large splash screens with detailed pixel art profiles of each bounty hunter and rival gangs are on display throughout. The bounty hunters look bold, powerful, and determined. The rival gangs have cartoonish, devious faces and bosses that are larger than life in both stature and personality. It all leaves a hell of a first impression. 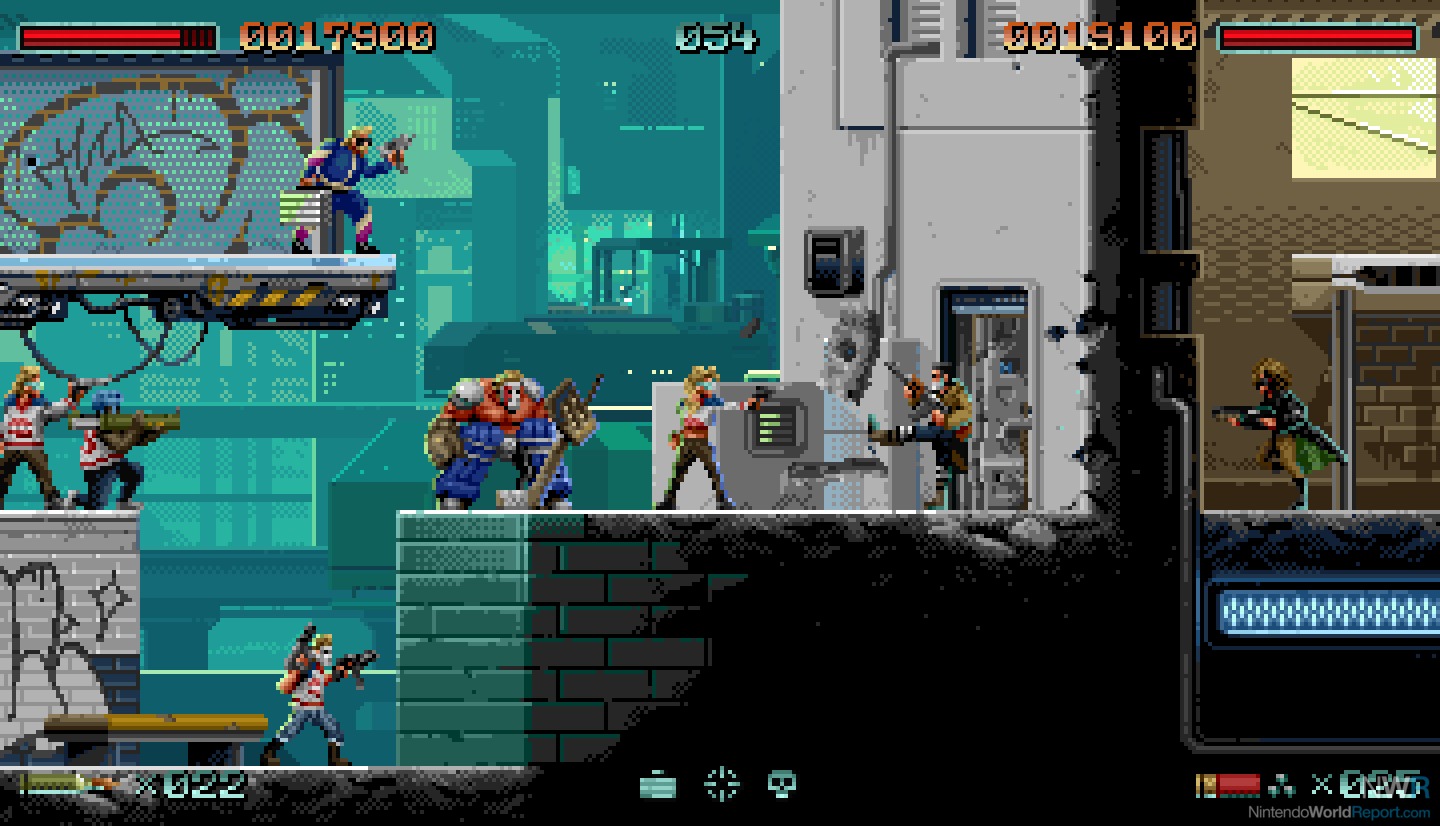 The city is broken-out into four zones where the rival gangs have drawn out their turf. I started by selecting my bounty hunter—Anna Conda, a leather-clad, eyepatch-wearing badass with an attitude to match. I made my way through a series of levels in the zone, littered with a variety of enemies to dispatch, boxes or cars to use as cover, various other kinds of light platforming challenges, and thankfully an abundance of save points throughout. The end of each level is capped with a boss, usually double Anna’s size and evenly matched in bravado. The bosses all have a unique movement pattern (or in some cases, two or three) which usually meant at least a couple of attempts before conquering them.

There’s a real “approach however you like” feel to each level where either running and gunning like a John Wick acolyte or taking a more cautious approach seems like a viable strategy depending on your abilities. For the most part, my skill set doesn’t lend itself well to action hero theatrics, so I duck behind cars and step into the background in garage door openings to dodge bullets, countering with a methodically planned shot or two to take the nearest opponent down or lobbing a badly-aimed grenade and hoping it at least distracts enemies long enough to find a closer cover spot to take the remaining foes down with pot shots. On the rare occasion when my best laid plans went belly-up, I was able to improvise and eliminate enemies with an efficiency that I felt good enough to record for posterity—something I rarely do. 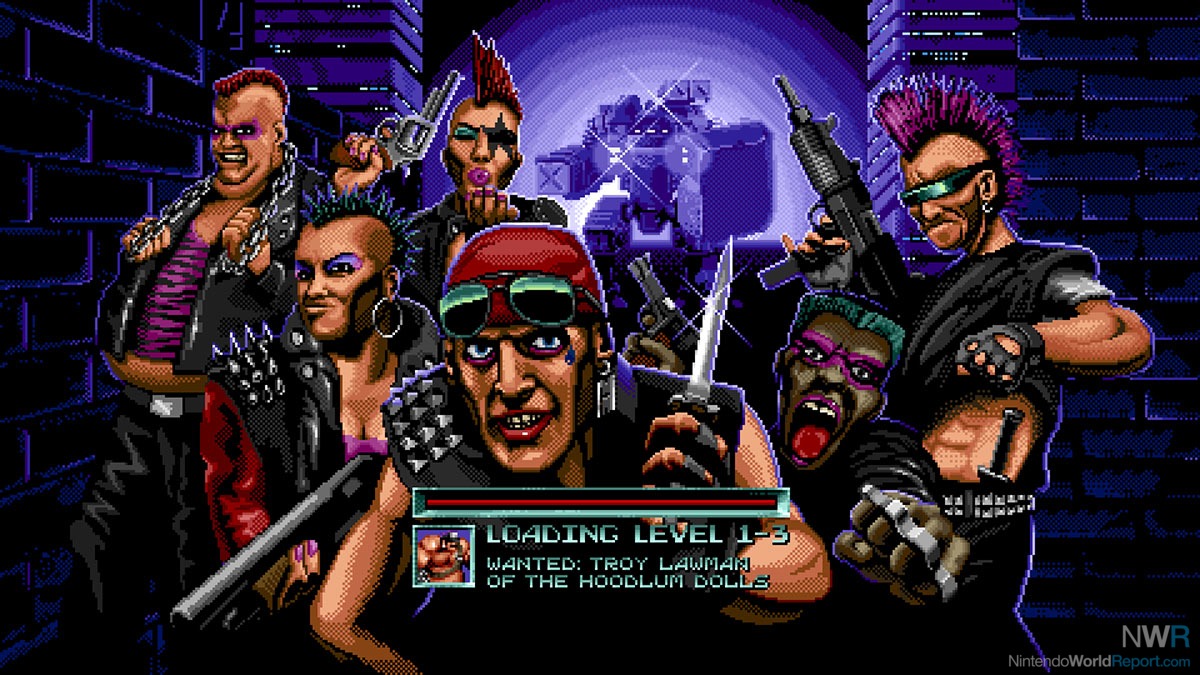 A grimy film seems to stain the world of Huntdown. The style of the gangs adds an additional flavor to each segment of the city you bring your one-person army to. Whether it’s the neon punk look of the first area, or the industrial elements of later zones, the theme coupled with that lived-in world provides variety in scenery while also keeping everything tonally consistent. Oddly enough, when speaking to a friend about the game and sending him video clips, he and I both brought up the NES Robocop game when trying to find a good point of reference to compare its aesthetic, and it suits the premise perfectly.

Huntdown should be lauded for how a clear vision was deliberately and consistently executed on throughout. The gameplay alone is rewarding, but its marriage and devotion to the tone of a grungy, anarchic city and a vision of the future that feels ripped from the ‘80s both feels retro in its sensibilities and contemporary with the incoming swell of cyberpunk-inspired titles. Huntdown had the foresight to get-in on that trend early with the understanding of how to make a gratifying shooter, making it one of the more complete feeling indie titles to date on the Switch.