A big heart isn’t enough to hide the flaws of this farming adventure.

A pleasant vibe can carry a video game very far for me, but it needs to be backed up with a compelling gameplay loop. Summer in Mara, a crowdfunded success from Spanish developer Chibig Studio, tries hard to thread that needle, but the heartwarming presentation and world design of Summer in Mara doesn’t match up with the gameplay. Characters might be charming, but an overabundance of fetch quests are not, making this Harvest Moon-esque adventure fall short of its summer jam potential.

You play as Koa, a young girl who doesn’t know anything about the world beyond her island. Mysteries are abound in the story, hinting at a greater purpose for the orphaned child. Through some happenstance, she repairs a boat and starts sailing across the ocean, visiting other islands. While more than 30 islands can be visited, most of them are relatively empty and one-note. Two main islands drive the majority of the play, Koa’s home island and Qalis, a more bustling area that holds a wealth of questgivers. The majority of the game involves managing a burgeoning list of quests and seemingly endlessly going between those two islands. 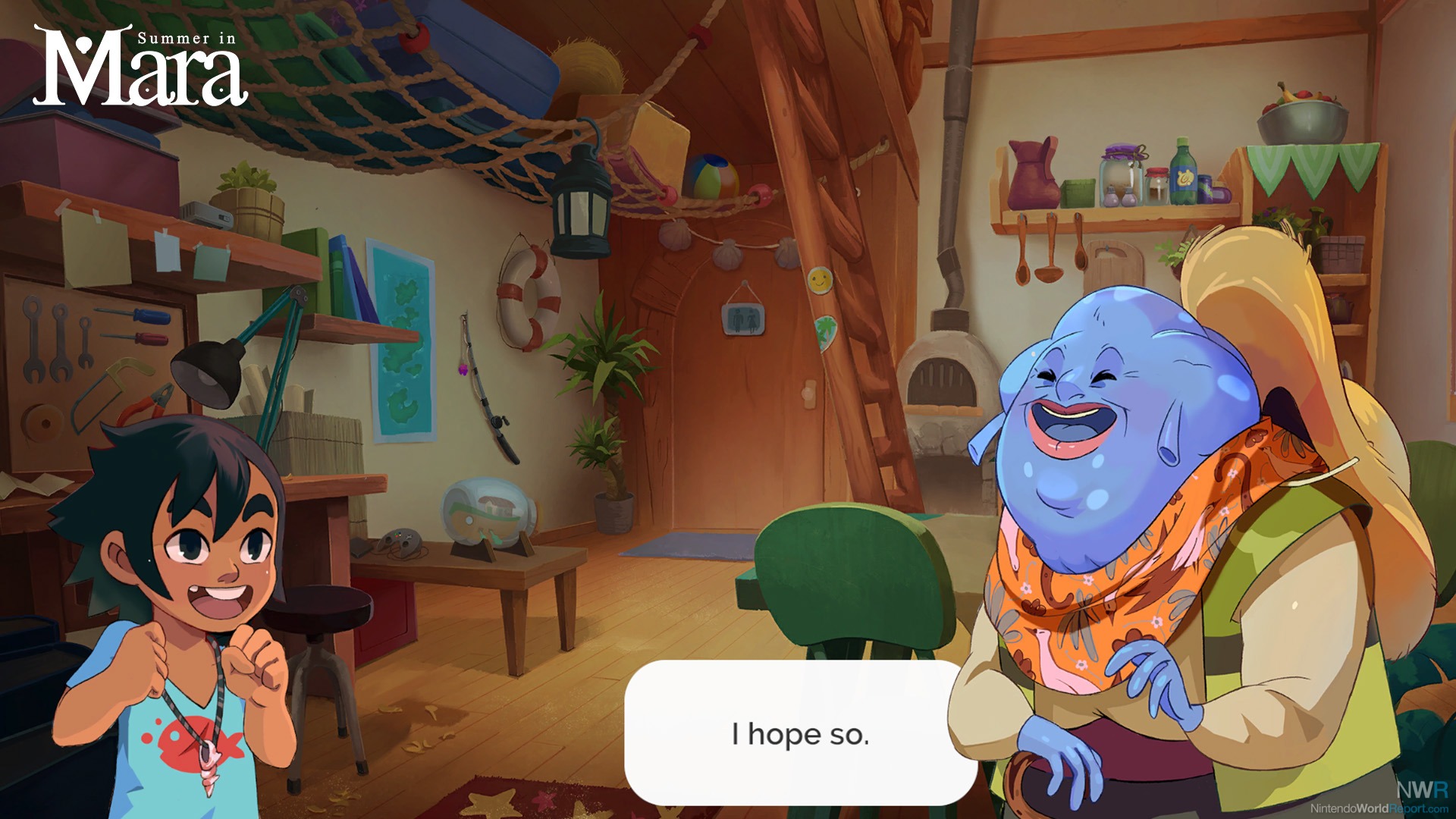 Repetition is the watchword for the majority of these quests, but thankfully the characters all have intriguing, distinctive designs with their own personality quirks. What sinks this gameplay loop ultimately is the rough-around-the-edges interface and design. Quests are neatly organized in a menu, but it’s rarely clear how you’re progressing on a quest until you go into that menu. Recipes, often paramount to quest completion, can be gained on another island, but you can only see what is required to complete the recipe when you’re on your home island. It makes for the worst kind of guessing game at times. The map is similarly unhelpful. Qalis has its own specific map, but it doesn’t actually show where characters are at all times, just where they are usually. For example, the cat-person Onzo is often by the market, despite what the game tells you. Furthermore, quests are sometimes just not that clear, regularly hinting at elements of the game you might be potentially hours away from discovering or items you have no idea how to access, if you even can. When the world opens up more, specific quests become less of an issue, but the scattershot nature never fully disappears. That’s just the tip of the iceberg for the kinds of recurring interface and communication issues prevalent here.

Crafting and farming play a crucial role, but for some reason, you can only craft and farm at your house on your home island. This makes it so, within the opening hours, everything is one monolithic back-and-forth journey from your home island to others. The driving force is tedium as you sail so many times from other islands back to your home that it feels like a daily commute. The tranquility of farming, crafting, and building is nice, but it requires so much monotony to perform. If more quests got out of the fetch quest design structure or they required less banality, at least variety would be there to keep it fresh. As it stands, the fact Summer in Mara features upwards of 300 quests feels more like a threat. 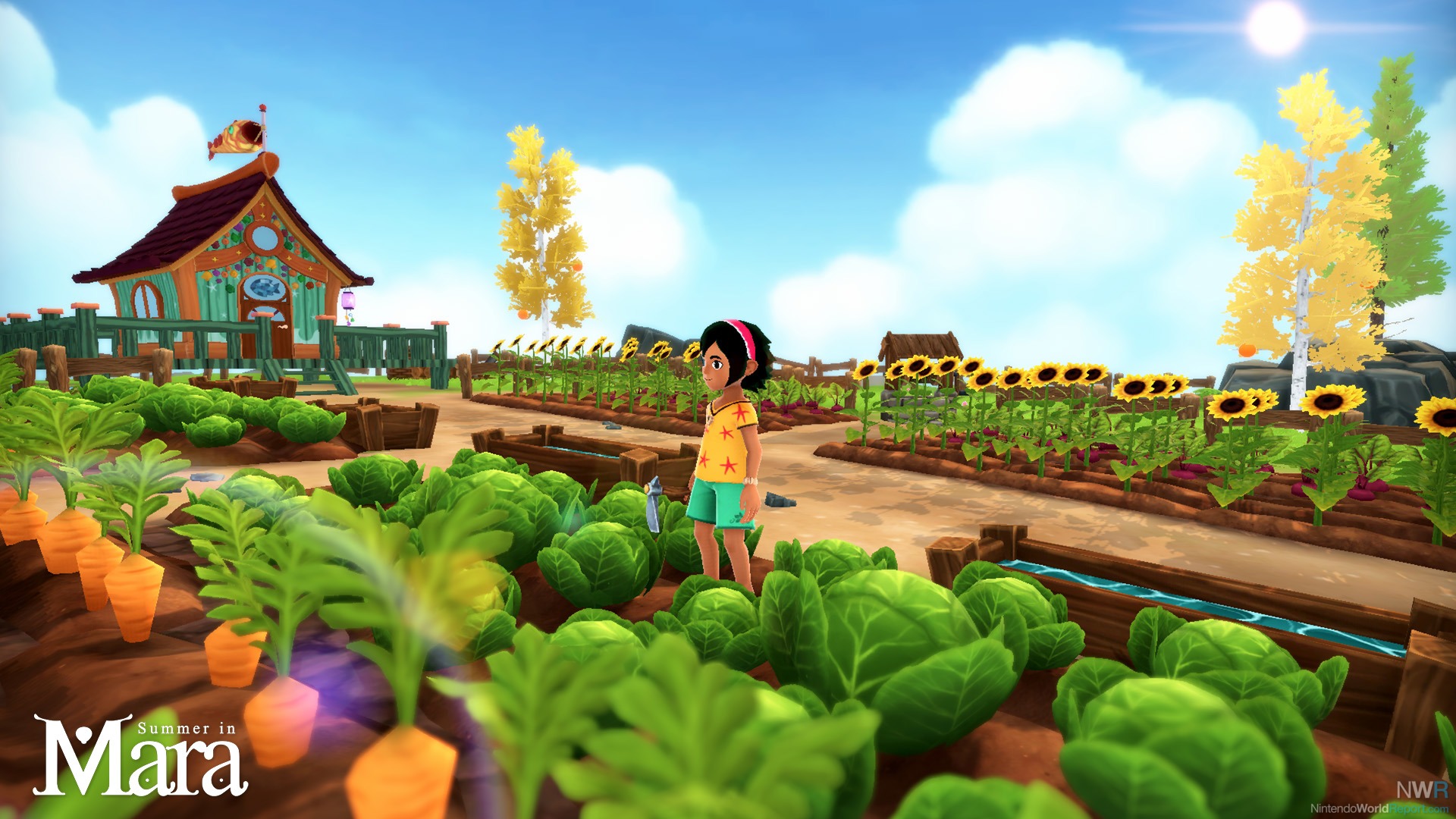 This is all so disheartening because the foundation has some real heart to it. The writing has a delightful optimistic quality to it, and most of Koa’s interactions with other characters is fun to see play out. A recurring collectible features messages in bottles that are from Kickstarter backers, which is one of the more whimsical Kickstarter inclusions I’ve seen. The music is chill to the max, though it bizarrely cuts out at random during gameplay. I can’t tell if that’s a feature or a bug. The visuals suffer tremendously in handheld, as what are supposed to be breathtaking vistas are just washed-out viewpoints with a bad draw distance. When docked, things improve greatly in terms of the vistas despite some frequent pop-in. But even when the graphics look good, Koa feels like she’s floating over the ground and not actually interacting with the environment. I might giggle whenever she sprints and jumps super high in the air like she’s Spider-Man or something, but it feels out of place. The strengths of the visuals are found in the artwork, seen most often in character portraits but also on amazing display in the sporadic stunning animated cut scenes. The original artwork is so strong that the 3D world often just feels like a pale imitation.

Summer in Mara has the workings of a breathtaking and chill farming adventure that feels like it should be perfect for the summer, especially now. Instead thanks to everything from fetch quest repetition to a muddled interface, it’s more of a wistful addition to the Switch library. The pleasant vibe of Koa’s undiscovered world can’t carry the whole game despite the best of intentions. If tweaks and improvements can clean up some of the menus, Summer in Mara could be better, but I worry even that won’t make the repetition more enjoyable.