A decent turn-based strategy game that doesn’t push the envelope quite enough.

The word “war” seems to be forever linked to the turn-based strategy genre, which hadn’t seen a real stand out entry until 2019’s Wargroove. Even then, the Advance Wars series remains the pinnacle for its unit and mission variety, interesting map layouts, and robust features. Warborn brings a similar flavor but replaces tanks, boats, and airplanes with giant robots. The mecha that you control and battle against have multiple attacks and abilities, but the base gameplay will be familiar to anyone with experience in the genre. While it manages to preserve the minute-to-minute enjoyment, the overall lack of variety makes the campaign a bit of a slog.

Warborn plays out across four campaigns that each star a different commander of a different faction. You begin as Luella Augstein, who leads the NOMAD faction, and run through a series of individual missions before unlocking the next campaign. Rather than each campaign starting from the same point in time, they seem to follow one another chronologically, meaning that the second campaign begins where the first one ends. This structure presents a bit of a double-edged sword, however, since you can’t hop around from campaign to campaign, even if the connected narrative is more interesting for it. 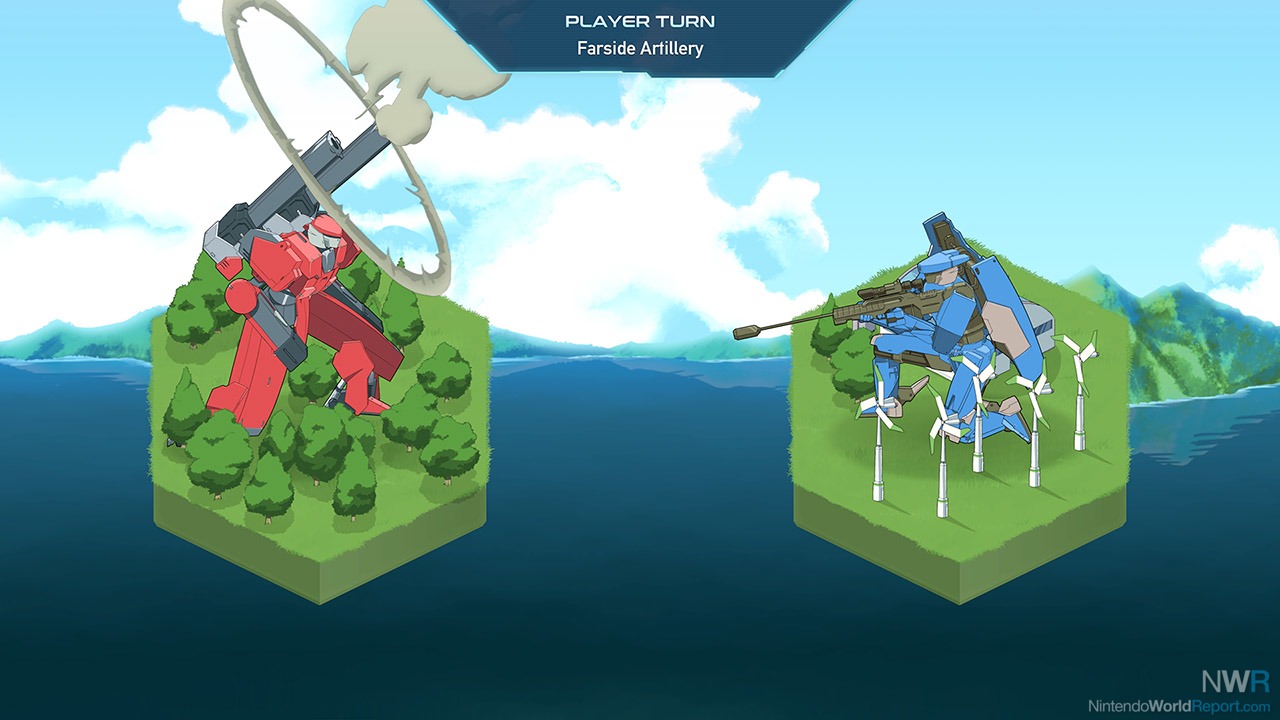 In terms of gameplay, the commanders play an uneven role in the campaigns. When they are able to hop in their own mecha and join the fight, they are incredibly powerful and can almost win entire missions solo. When they aren’t present on the battlefield, they can be summoned once you’ve filled up the CP meter, but this is only possible on certain maps. At all times, each commander offers their own set of perks that unlock as you progress through their campaign, but none of these buffs feel all that impactful since they are specific and relatively minor. Luella, for example, might gain a perk that increases damage by 10 percent when you attack an enemy at max range. Each commander also has a special ability that can be used when the CP meter is full, but these come without the visual flourish of similar mechanics in other “War” games.

Nearly every mission tasks you with simply eliminating all of the opposing enemy forces. Occasionally, you’ll be asked to take over all of your opponent’s unit-producing facilities. It’s enjoyable during the first campaign to see different unit types being introduced, but because each mecha looks so similar, their arrival is muted, and it isn’t until you can produce or direct them yourself that you really learn how they work. One neat feature is that every different mecha has three abilities; most units have two attack abilities and one support ability. You have robots that can snipe, launch artillery, melee attack, afflict status conditions, and even sweep for hidden landmines. Still, not including the four special commander mecha, there’s only about 10 different units in the game, and so just a few hours of playtime is enough to see much of what Warborn is offering. 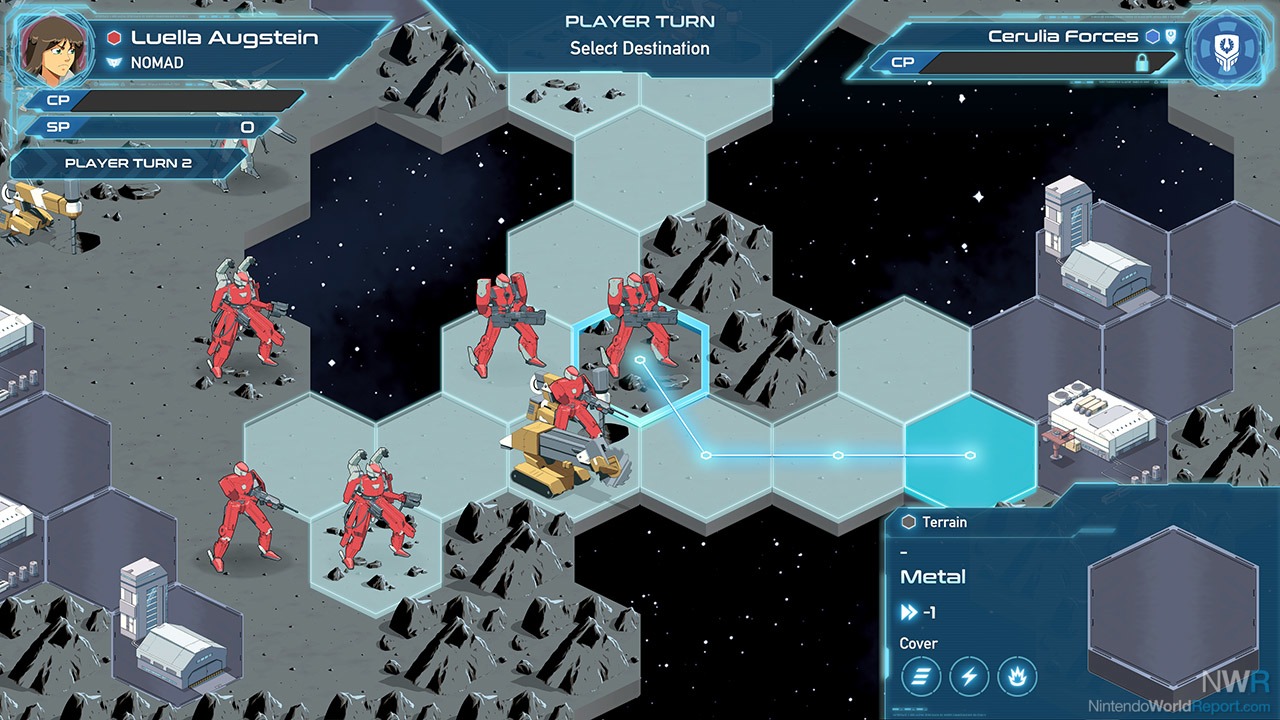 Compelling presentation and mission variety are vital for a winning turn-based strategy title, and Warborn struggles with these elements. While it manages to nail the basics of combat, movement, and deployment, it struggles to hold your attention over its 40 plus missions. Adding to the replay value are a map editor, an AI Skirmish mode, and even online multiplayer, so there is a sizeable amount of content on offer here. Ultimately, the experience feels rote and played out; even though there is some fun to be had, it doesn’t last long enough to make the whole campaign worth fighting through. Fans of the genre should consider picking this one up, but it’s true what they say: Warborn never changes.