Liberate me from this janky mess of a game.

“Liberated fails at everything it tries to do.”

Is that too harsh? Let me put it a different way.

“Liberated has interesting ideas but squanders them at every opportunity.”

Would you like to know more? Liberated is a slow-moving black-and-white motion comic with an art style that I simply didn’t care for (your mileage may vary) with brief but noticeable load times between every page. It tells a hard-boiled, but well-worn story about the Evil Surveillance State and the Rogue Group (Liberated) who are trying to Free The People. Every once and awhile, without warning, there are quick-time events (QTEs) that either result in an immediate retry or affect the narrative in some minor, but not lasting, way. 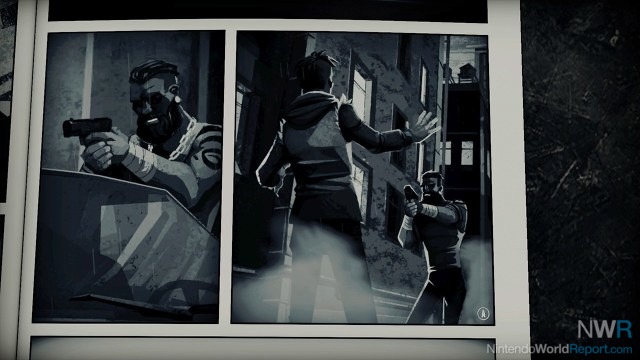 Some panels of the comic turn into actual gameplay segments, which is kind of cool because the art style mimics the illustrations. The gameplay itself is mind-numbingly rote: shoot bad guys, push crates around, flip switches, pick up items, and sometimes take a swim. These segments are hindered by several things:

The framerate struggles to maintain any sort of consistency, which affects your actions.

Platforming is prone to input lag, so jumping is a big gamble. You may die repeatedly from falling into pits because your character didn’t jump far enough, or didn’t jump at all.

Enemies can see you when they’re still off-screen, and can start shooting you before you can get a bead on them. My solution was to walk slowly and keep my gun trained at headshot level at all times, which I’m sure was the intent.

Stealth is encouraged, but is only effective when you have cover. Most areas do not have cover.

You’ll be asked to swim distances which exceed the character’s ability to hold their breath without taking damage.

There will be a lot of times where gunfights simply come down to luck—how quickly you can line your shots up vs. how quickly the enemies shoot you, what the framerate does, and how input lag hinders your performance. The exact same encounter can play out in shockingly different ways from retry to retry.

An elevator shootout sequence is simply unforgivable. How Liberated left the gate without addressing this chunk of gameplay will be one of the great mysteries of our times, akin to “whatever happened to Amelia Earhart?” or “Who killed Tupac?” and “Why do people believe in Nessie?”

The only truly enjoyable part of Liberated, from a gameplay perspective, are the times where you have to guess a passcode (using trial and error) or play a version of Pipe Dream to line up electrical circuits. The whole game could’ve been like this and I would’ve been okay with it. If you’re going to have gameplay in your video game, at least make sure it runs well and isn’t terrible. 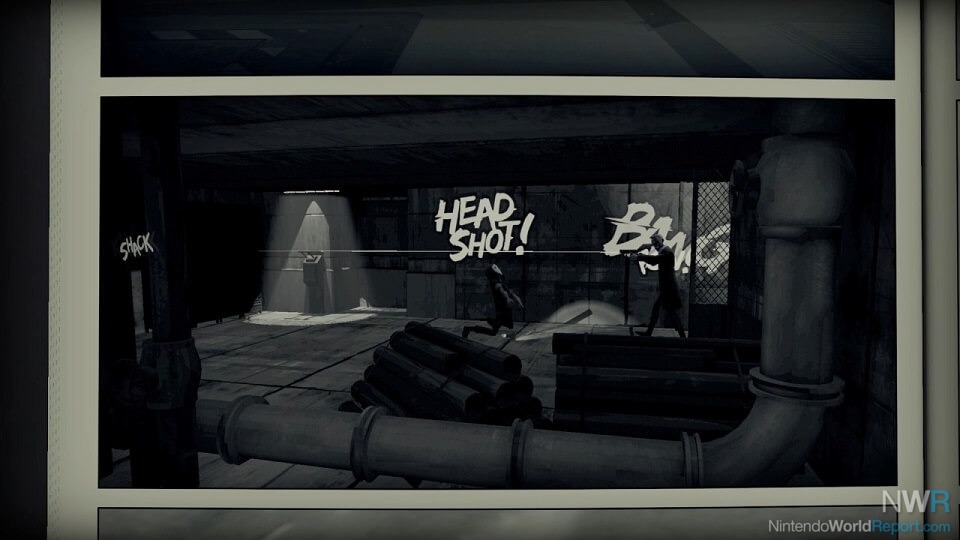 You may still be interested in the storyline, but rest assured there is very little here you haven’t seen before, but done better, in other video games, graphic novels, TV shows, and movies. I think Ubisoft has an entire franchise built around mass surveillance, social media, and dangers they pose to society. I just saw this narrative play out in Season 3 of Westworld. I seem to recall V for Vendetta and Mr. Robot utilize characters in masks hacking into live TV feeds to spread a message of liberation. What, exactly, does Liberated have going for it?

There are better games out there, folks. I appreciate Liberated’s attempt to blend comic storytelling with action sequences, but hopefully somebody will take this baton and do it better.