A fleeting and story-heavy puzzle-platformer that isn’t likely to stick with you.

Evan’s Remains is a 2D pixel art puzzle-platformer that focuses heavily on the story of a mysterious island said to grant immortality to those who discover its secrets. Given the brevity of the game and its focus on narrative, it’s difficult to say much about it without spoiling part of the experience. That said, there are elements that both help and hinder one’s overall enjoyment of Evan’s Remains.

As the title might suggest, the story centers on a girl named Dysis and her pursuit of a boy named Evan. She finds herself on a strange island that is filled with giant monoliths, all of which function like hieroglyphs and relate an important message about the nature of the island. She has interactions with a few different characters, but the most significant one is Clover, a boy who is attempting to decipher the hieroglyphs and whom Dysis introduces herself to as Vanille. Clover appears in his own cutscenes as well, where you see him playing some type of strategy-themed board game. During its 90 to 120-minute runtime, Evan’s Remains sheds light on the background of Dysis and Clover and their real reasons for coming to the island. Ultimately, the dialogue between characters is serviceable, but the impact of the story feels muted due to its structure and pacing. 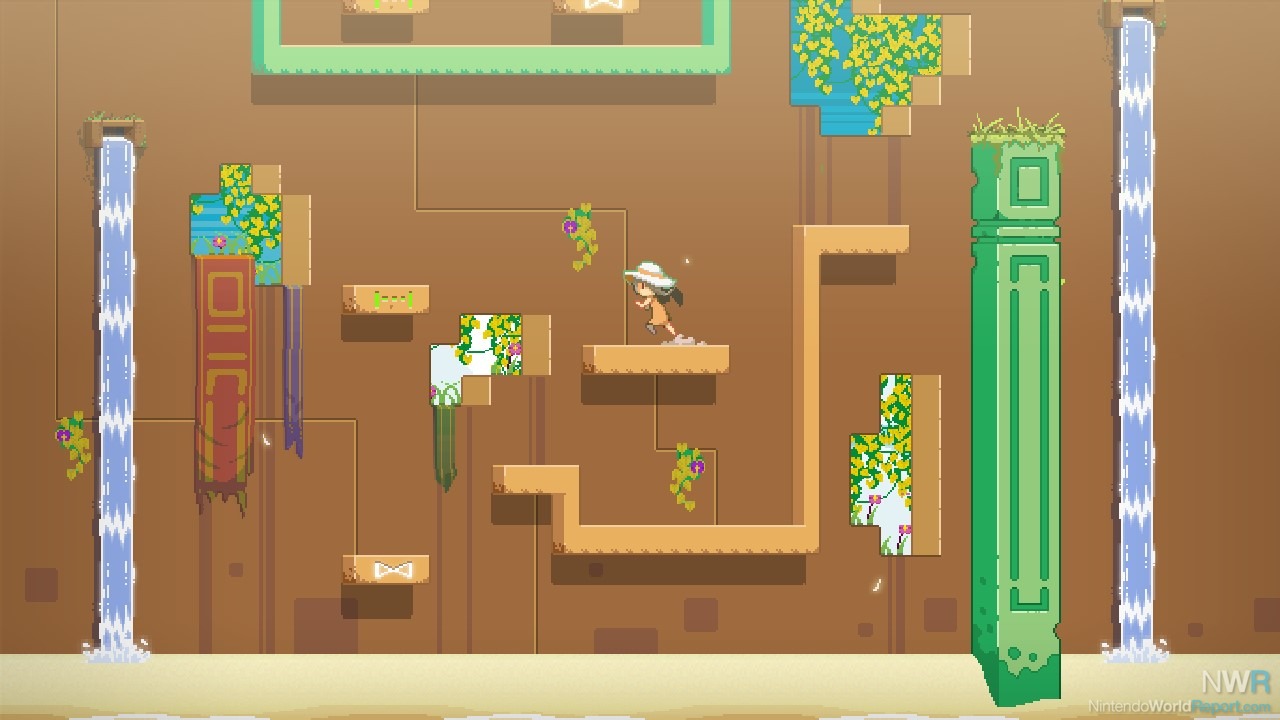 At each monolith, you have to complete increasingly-difficult puzzles that involve jumping on platforms and moving them around so that you can leap over a tall barrier on the right side of the screen. The most basic of these involve blocks that disappear when you jump off them; later puzzles involve platforms that teleport you, shift up and down, and even act as trampolines. It’s fun to solve each monolith as they require much more thought than actual platforming skill. A particularly nice feature is the ability to simply skip a puzzle at any time, so if you get stuck, you can just move on to the next one. Those who are more interested in the story will definitely find this to be a helpful accessibility option, and it’s something I’d like to see more of.

In terms of presentation, the monoliths themselves basically all look the same, but there are a few different environments that you run through between monoliths and during cutscenes. Much of Evan’s Remains features a very colorful and vibrant pixel art style. My one issue is with the large character portraits that pop up during dialogue; their size and style seem out of place when compared to their cuter, smaller counterparts. The music doesn’t change too often and is fairly subdued at all times, but it doesn’t detract from the experience. 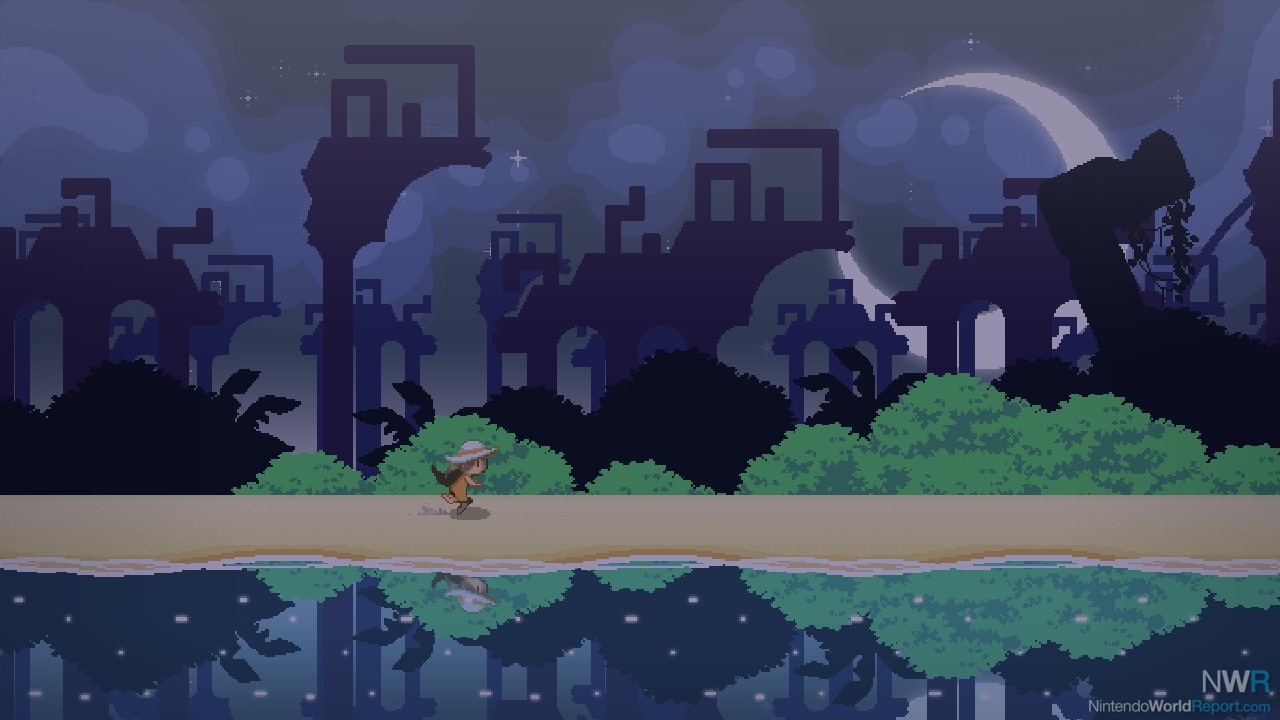 Evan’s Remains tells a story about life and death that doesn’t quite hit the mark. The monolith puzzles are enjoyable, but the narrative surrounding them doesn’t serve as a worthwhile reward for their completion. If you’re looking for a light puzzle-platformer with mostly attractive pixel art, Evan’s Remains might be worth considering. If you want a more thrilling or satisfying narrative experience, keep searching.

I always wondered what happened to Evan Burchfield.