Heavy on inspirations, Skelattack doesn’t live up to any of them.

Skelattack, which showed up as a surprise release on June 2, is a game long in development from Ukuza Games that is now being published by legacy gamemaker Konami. The story sees the unflappable skeleton Skully making his way through a variety of levels to fend off human aggressors from his afterlife home. While that setup and the whimsical 2D platformer style seem like they should pay homage to Konami classics like Castlevania and Goemon, Skelattack goes to war with its inspirations and winds up being a game that is constantly at odds with itself and often more exasperating than fun. 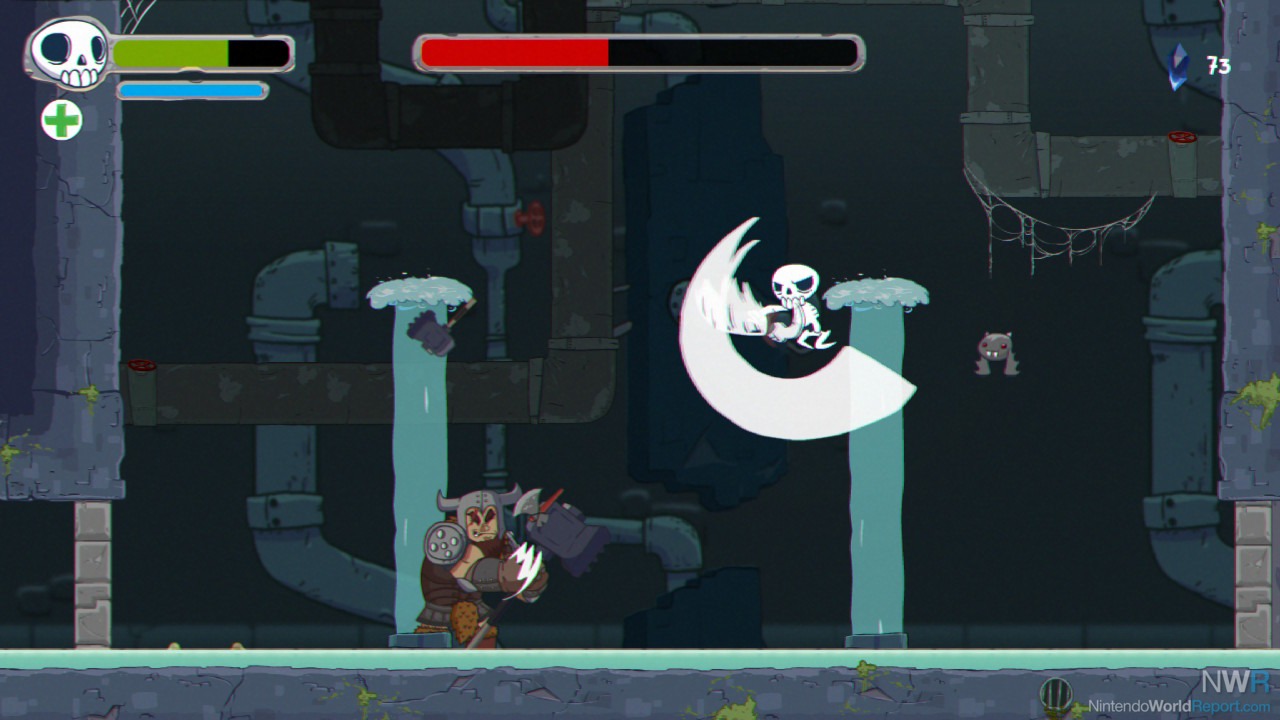 The visuals are bolstered by stellar animation, filled with memorable character designs and a pleasant look. The colorful hand-drawn art comes at a price though, as this is a precision platformer that is incredibly unforgiving. I found the endearing design of the main character combined with bountiful one-hit-kill areas hard to judge, losing many lives to obstacles I thought I cleared or enemy attacks that might have been avoided. Now retries are quick and checkpoints are frequent, which is a relief, but along your journey, you pick up jewels that are used to upgrade your health and abilities, and in vintage Souls-like fashion, you cough up a number of them when you die. Die again before retrieving them and those collectables are gone. That’s one thing when you’re killed by an enemy. It’s another when you’re killed by spikes in a pit and the only way to recollect your bounty is basically by dying again. Unless you’re a savant, be prepared for frequent deaths and be ready to rarely retain enough jewels to upgrade much.

That’s a bone of contention I’ve long had with precision platformers. Making difficult platforming segments is all fine and well, but the punishment for death being steep does nothing but penalize the players who aren’t as good at the game. Mastery becomes required for optimal enjoyment and upgrades, thus causing a cycle of bad players being continually knocked down and discouraged from forging ahead. Hell, even the in-game death counter here aims to make you feel bad for dying, playfully mocking you by saying things like “when you’re about to die, just don’t." The masocore platformer can be great when done right, and it’s evident that Skelattack aspires to be akin to the likes of Super Meat Boy and Celeste. The key difference is those hard-as-heck games just let you try endlessly without issue. Skelattack hurts you for failing, and it isn’t even nice about it. 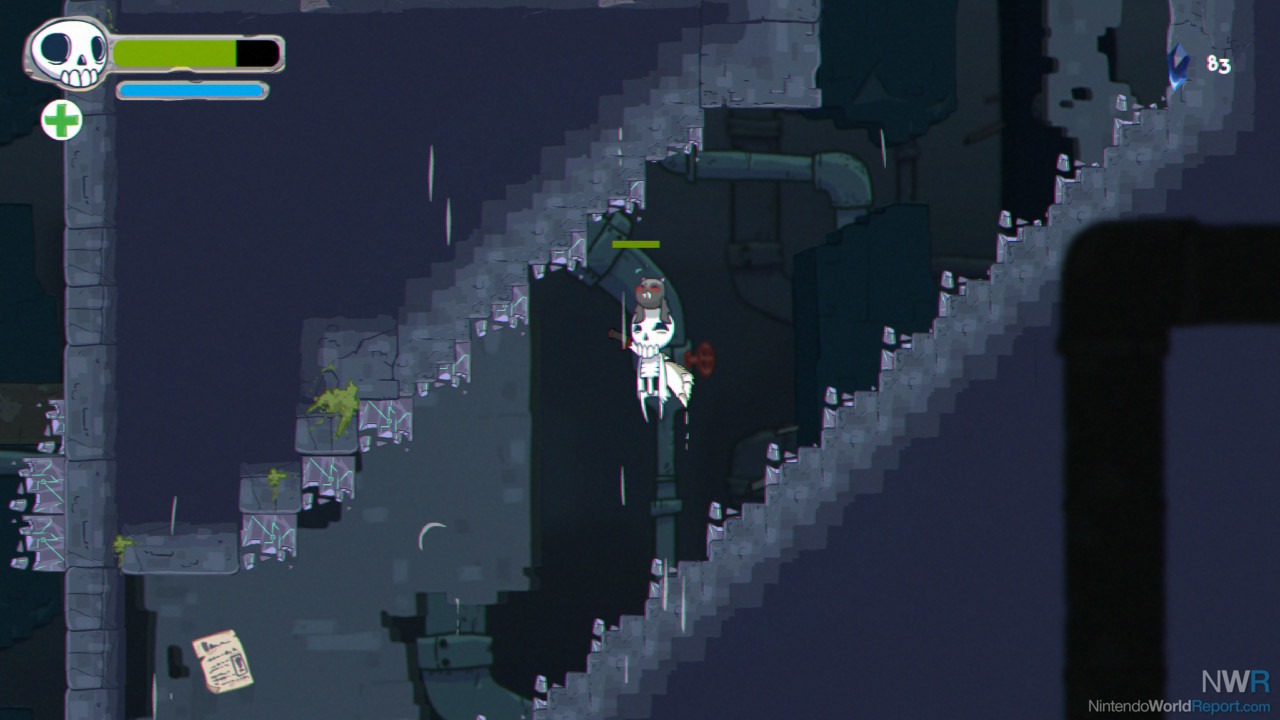 The ultimate shame of the pain being so constant is that the platforming mechanics are simple and crisp. Skully has a double jump by default as well as a wall jump that doesn’t require a button press but just lets you fling between walls using the analog stick. Upgrades unlocked along the way, ranging from a charging dash attack to a bone boomerang, deepen the skeleton’s arsenal. He’s also got a cute bat friend that can fly around, though most of the bat-focused flying segments are more vexing since they contain all the same death traps blended with a focus on jamming down a button repeatedly to flap your wings.

The experience is overall relatively straightforward and guided, going through locales like sewers and fiery depths. Some charming writing and clever lore deepen the world, but everything comes back to the conflict at the center of Skelattack: it’s a game laced with charm that is coated with instant-death spikes and obstacles hidden just off screen. Numerous times I entered a new area and started exploring only to be met by a swift death from a trap I needed preternatural knowledge of in order to avoid, or dodging fire from an enemy I have no way of knowing is even in the room. Sure, a sonar power-up alleviates some of this later in the game, but that doesn’t make the wait for that helpful magic ability any less maddening.

If you’re gearing up for some hardcore precision platforming with a relentless streak, Skelattack is good for that, even more so thanks to its cute presentation and great soundtrack. It offers no quarter, however, and if you’re committed to anything less than a minimal death trip through this adventure, a bad time is likely on your horizon. For as good as the controls can feel, the only real lifeline is frequent checkpoints, but that doesn’t make the frustrating design and punishment much better. I wish Skelattack reminded me more of the great things of its Konami progenitors or its modern inspirations. Instead, this game just makes me want to go pick up a Castlevania or dig up Super Meat Boy again.