Atomicrops taps into most of the potential mechanics you’d expect from a farming simz: crop tending, animal companions, and even romance options, but this fever dream takes things to the next level with bullet hell, twin-stick-shooting action. Featuring an aesthetic that gave me those gross, radioactive vibes you would’ve found in ‘90s cartoons—such as Aaahh!!! Real Monsters or Courage the Cowardly Dog—this combination of interesting ideas makes for an exciting endeavor, even if the difficult progression and minor performance issues knock it down a peg.

After you inherit the family farm, the apocalypse occurs, with a nuclear explosion taking out most of the usable land for survival. Luckily, the farm makes it through the fallout, allowing for a way to supply the local town with much-needed sustenance. That just leaves fighting off the hordes of irradiated animals and bugs who want to kill this intrepid farmer and steal the crops. Piece of cake! An interesting premise, for sure, but that concludes the story portion of this title, as the focus is squarely on gameplay from here on out, outside of the few interactions with fellow survivors, and the environmental storytelling that is layered throughout each region. 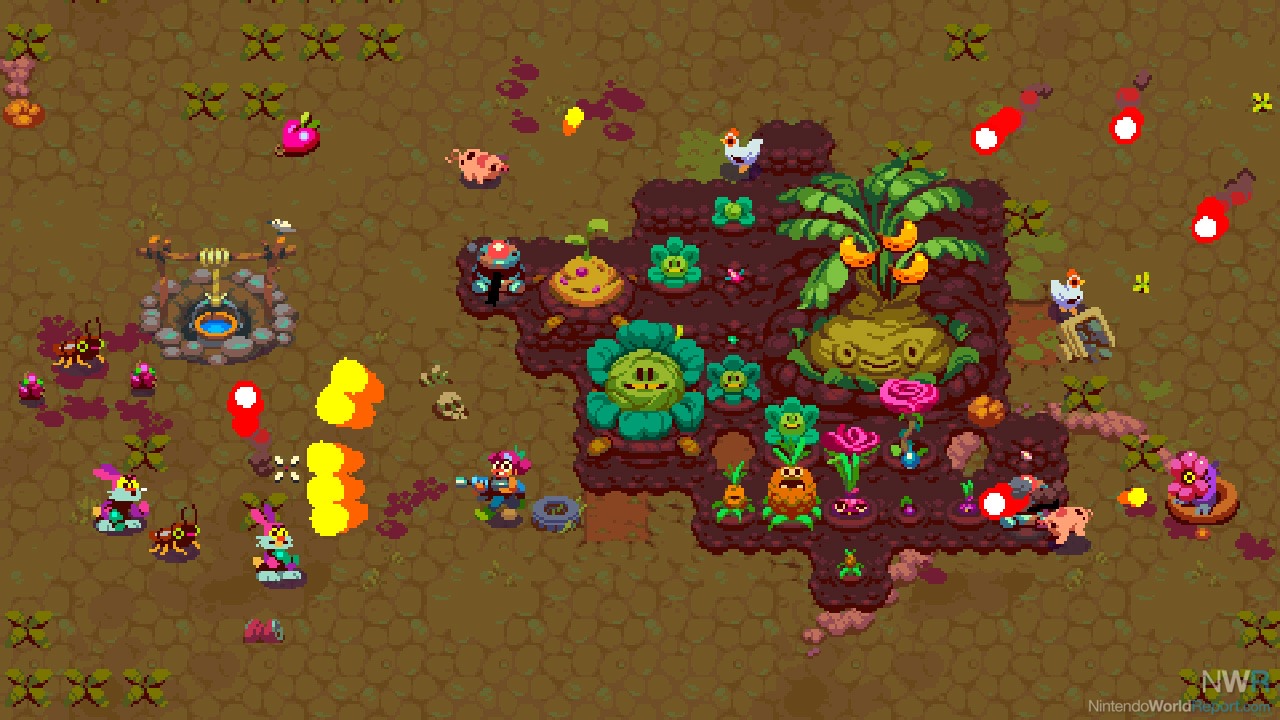 The gameplay feels more closely related to something like Enter the Gungeon than Harvest Moon, as the majority of your time will be spent shooting and dodging your way through each day as you defend your crops. Areas can be explored around the farm, with unlockable regions of a higher difficulty where seeds, equipment, and companions can be gathered to extend each run. As a roguelite, Atomicrops utilizes a calendar system similar to other farming sims, but when you perish, the entire cycle must be restarted. Almost nothing is carried over, outside of a few minuscule buffs that can be unlocked in the later game, but otherwise, the frustrating loop of making significant progress only to lose it all is very apparent in this one. It wouldn’t be so tough to make it through if only a little bit more could be carried over, the enemies weren’t so hard to defeat, or health was a bit more available, but unfortunately, that isn’t the case.

The random loot you can acquire outside your farm is really the only way to better each pass through Atomicrops, where cows and pigs can help tend the farm, farming equipment and turrets can aid in defense, and lovers from town can join the fight as full-on companions. Different crops have different uses, but all have to do with bettering your current ability set, buying better guns, or courting those cuties. Special powers can be gained as well that allow for god-like rain or buffs in defensive abilities, where all combined these loot items make for a much better time.

Farming is actually extremely hands-off, with tilling, planting, and more being completed through one, singular button, while watering occurs automatically if you stand close enough to the crops. More of this portion of the game comes down to strategy, where prioritizing certain plants is necessary, as well as properly plotting out each crop as some take up multiple spaces. The normally beloved process of watching crops grow from seed to blossom is lost in Atomicrops. The stress of keeping away those dastardly rabbits and slugs takes precedence, while you quickly keep the soil seeded and fertilized. 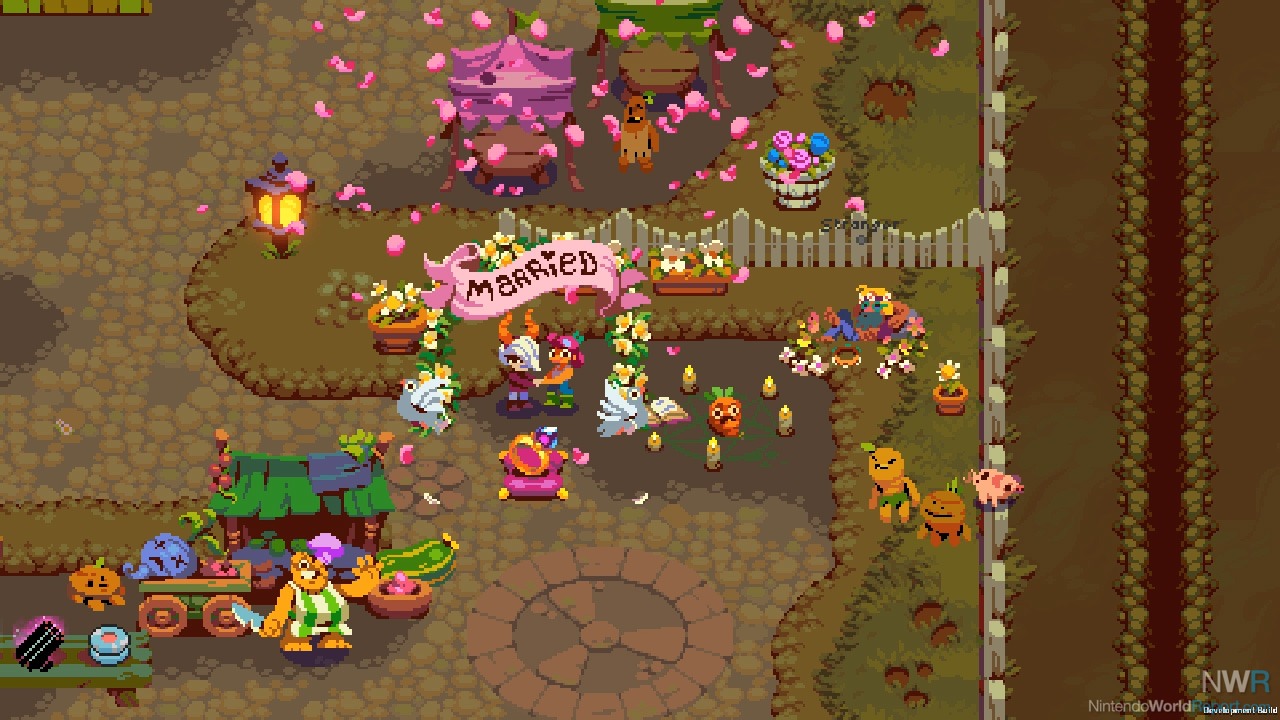 That isn’t to say that the loop isn’t enjoyable; it just isn’t what you would expect from a farming title. In the same way getting to the next dungeon in Moonlighter or defeating a boss in Rogue Legacy makes you hoot and holler, Atomicrops fulfills that need for adrenaline rather than appeasing the desire for manual labor and downtime.

The art style is rad, with the radioactivity paired and the Super-Nintendo-esque aesthetic making for a colorful and stylish look. The characters, vegetables, and enemies all have this sort of vibe to them, where the gross, pimply characters you would expect from some of the more teenage cartoons from back in the day meet with the glowing irradiation to create one of the better-looking titles of this genre.

Outside of the difficulty, the only other disappointment was the performance. Most of the time there isn’t an issue, but when bullets and enemies are littering the screen, those moments of stuttering or frame drops really stand out.

Atomicrops is more bullet hell than farming sim, but the unique creation is something that is extremely satisfying to look at and play through. Difficulty from a less than awesome health system mixed with the brutal roguelite mechanics makes for an experience that gets frustrating as it regularly takes you out of the fun and forces a restart. Even with that and the slight performance issues, Atomicrops is still a real good time.