An overcooked slice of human or a worthy sacrifice for the gods?

The Switch continues to find itself inundated with co-op multiplayer experiences, but there can be a fine line between an addictive game you bring out for every occasion or one you instantly regret purchasing on the eShop. Cannibal Cuisine manages to straddle the line pretty well, at times falling squarely on one side or the other but then quickly reversing positions. As the name implies, your task is to cook and prepare human flesh for sacrificial consumption to the god Hoochooboo, but glitches and floaty controls make being a good and bloodthirsty servant an almighty challenge.

Anyone who has played Overcooked and its special brand of kitchen mayhem will immediately recognize the single-screen gameplay of Cannibal Cuisine. At the top of the screen is a list of orders you need to collect the ingredients for, cook over a fire, and then serve to Hoochooboo, a large, mask-wearing character who sits patiently awaiting each meal. Instead of chopping vegetables on a cutting board, the twist here is that a steady stream of tourists pour into each stage who must be smashed into ingredients like arms, brains, and ribs. These are components of the dishes you need to create. The tourists can attack and damage you, so you need to be mindful of your health meter as you slaughter your prey like cattle. If you take too many hits and die, you have to wait a few seconds before respawning; the same is true if you fall into a pit or a pool of water. 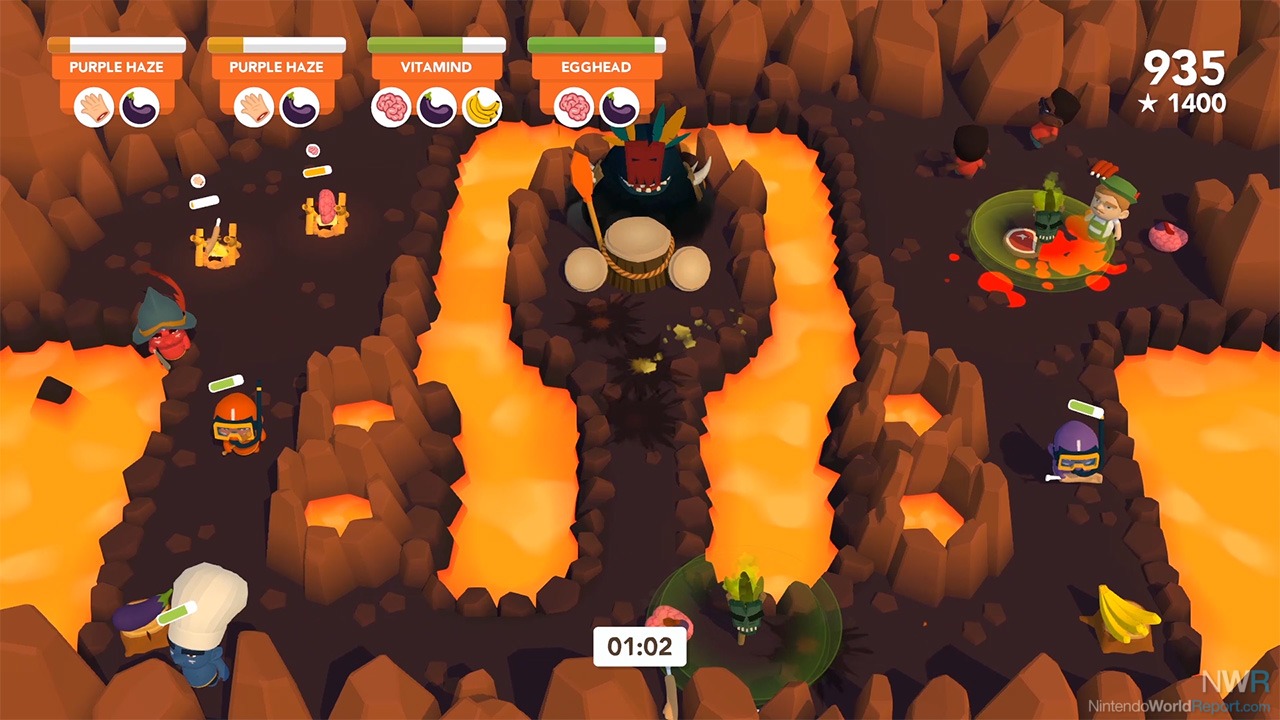 Another wrinkle that makes Cannibal Cuisine unique is that in addition to cosmetic customization for each player, you can equip one of four special abilities to help you successfully serve more dishes and boost your score. These include a totem that you drop to create a healing circle, a stomp that stuns nearby tourists, a dash that helps you avoid obstacles, and a fire breath that can be used to either cook food faster on a spit or cook food anywhere in the level. Online and local multiplayer for up to four players means each player can take a different ability into each stage, which helps you divvy up the tasks needed to keep Hoochooboo fed. The final stage of each world presents a different type of challenge, like a combat arena where you fight waves of tourists or a race against a giant spiked cylinder. While these levels add some variety, they aren’t as enjoyable as the normal cooking stages.

In my hours with the game, I experienced a number of disconcerting glitches and issues. During an online multiplayer session with three friends, some of us were presented with different orders to complete. We would keep submitting different dishes and receiving “wrong order” messages, and so we had to restart the stage to fix the issue. Other problems involved characters disappearing off screen, food continuing to cook after being taken off a spit, and collision with other players and objects resulting in getting stuck or flying in a different direction. On top of these, character movement feels floaty and imprecise overall, which makes navigating bridges and other tight pathways frustrating. 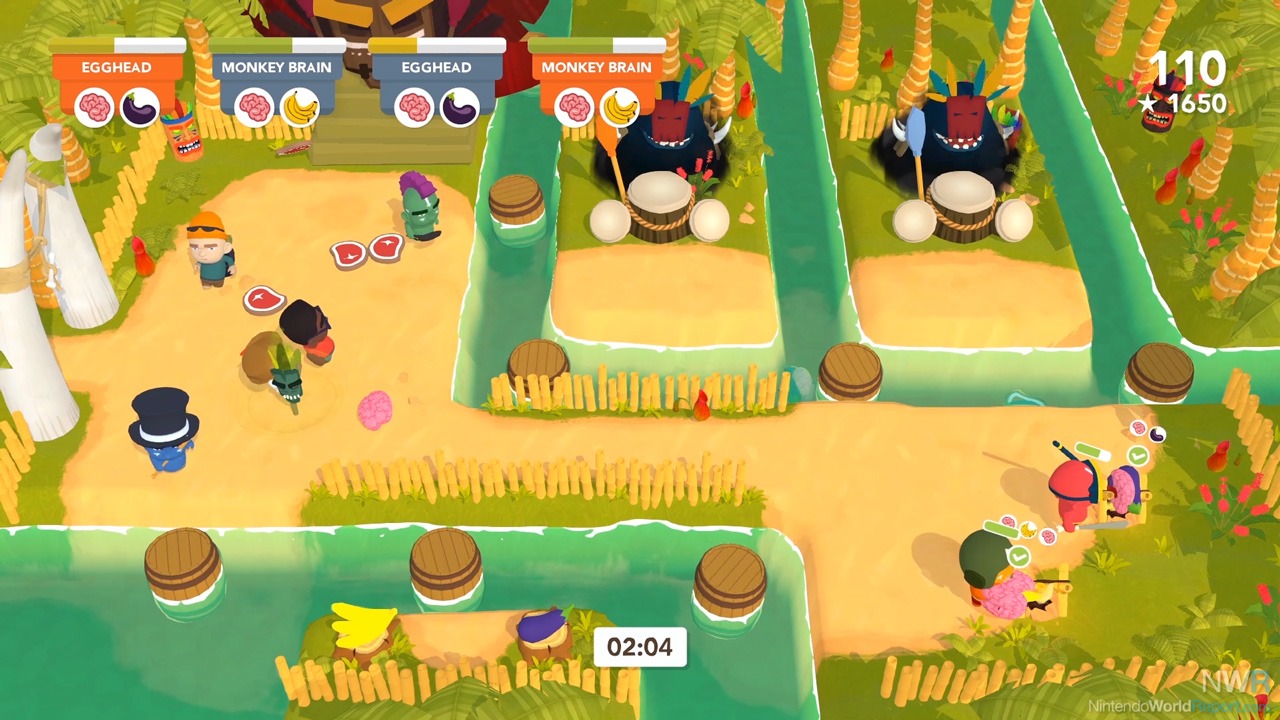 Despite Cannibal Cuisine finding a way to differentiate itself from Overcooked, it’s not nearly as polished or enjoyable as the latter. That said, it provides some of the same multiplayer mayhem, and is definitely better when experienced with friends. The online functionality is seamless and easy to use, and it’s one of the best implementations I’ve seen on Switch. However, the same can’t be said for the controls, and the glitches that pop up go from funny quirks to annoying obstacles after a couple stages. Unfortunately, the design of the stages does no favors for the game’s controls either, and so you’re likely to spend a fair amount of time waiting to respawn or waiting for your teammates to slowly wind their way around obstacles. Cannibal Cuisine is worth a pick up if you’re looking for more Overcooked but with a twist. Just be prepared to pick a few human hairs out of this soup.