The Elder Scrolls you love with none of that annoying fun!

The Elder Scrolls franchise has, since its inception, set a standard for the western RPG. From its rich open worlds, to its customizable character and dialogue options, The Elder Scrolls has embraced a rich lore and a strong mechanical depth. With that in mind, bringing a game like this to a cell phone would be a monumental task. In the mobile space, The Elder Scrolls: Blades stands as an isolated experience within the greater Elder Scrolls universe. On Switch, however, it stands against its own older sibling, The Elder Scrolls V: Skyrim, and as a result is found incredibly wanting. 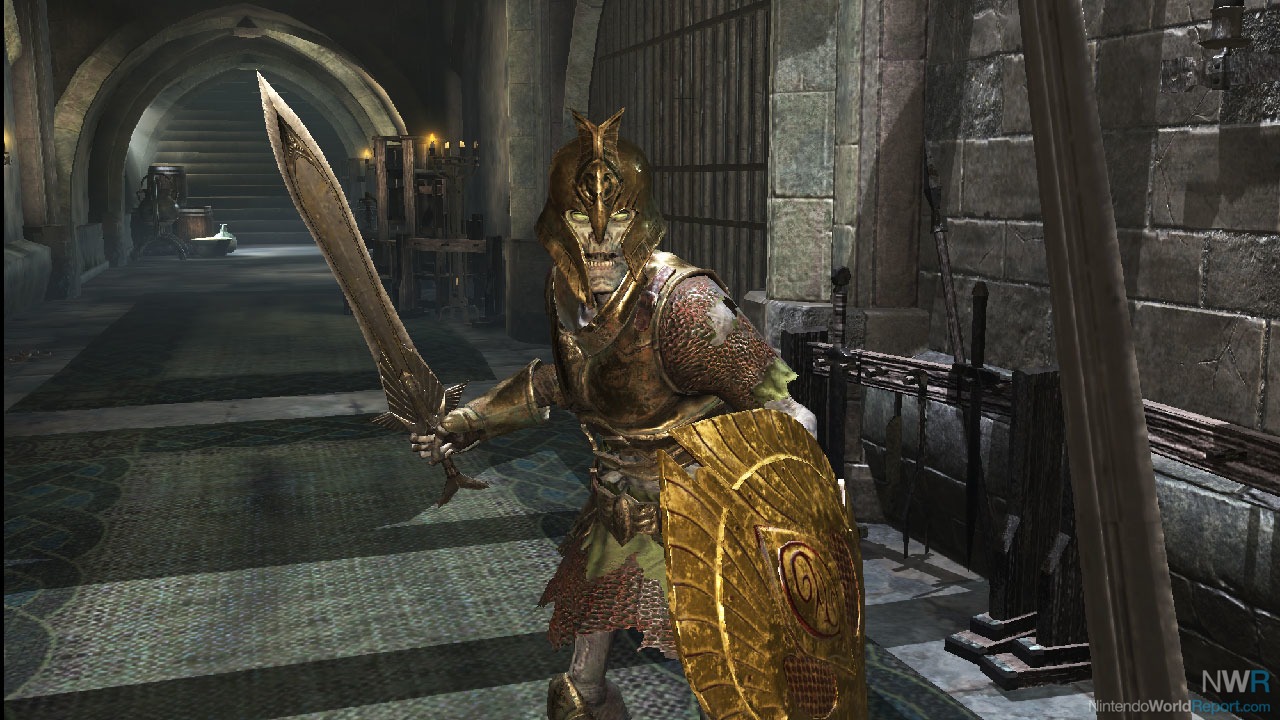 Blades on Switch is an up-port of a simplified version of Elder Scrolls concepts. You play as a customized character selected from a multitude of races, each with their own unique stat boosts. Your goal is to rebuild a town and eventually build its prestige to the point that it's drawing new residents. It's almost like someone tried to make a gritty medieval version of Animal Crossing. Building up the town requires resources which are earned through completing quests. New quests become available daily along with quests from the various members of your town. Thus building up your town gives you more quests to do but in order to build up your town you’ll need quests. Alternatively, you could throw the game some real world money to speed things up. A Quick Start Edition is available through the eShop which boosts your initial resources, but it by no means removes the microtransactions from the game, and eventually those starting resources will dry up. To each their own regarding individual views on microtransactions, but they became the first of many things to make me question why I was playing Blades and not Skyrim.

Where Blades feels most like an Elder Scrolls game is when you’re actually out on a quest. Here the player works their way through a mostly linear level with the occasional hidden room along the way. Treasure chests and other containers hold valuable loot that must be collected in order to continue working on the town. Every treasure chest you find stops the game to slowly reveal all the loot you got, and immediately remind you that you can get more treasure chests for just a few bucks. On the bright side, playing Blades on an actual console rather than a phone does allow exploration to feel like an actual Elder Scrolls game, thanks to physical analogue sticks. The same cannot be said for combat.

Every combat encounter is a one on one affair. Once an enemy gets close enough, the view is locked on them and freedom of movement is taken away. Using the left and right triggers the player can swing from either of those directions. A tilt of the analogue stick brings up your shield. Blocking at just the right time stuns the enemy allowing for additional opportunities to attack. Oddly the block is not directional, so while you can attack from either side, you can’t get around a well timed block. Ultimately then, a patient player with decent timing can take out just about anything thrown their way simply by blocking. I discovered this fact very quickly when I ventured into the one-on-one online mode, which is exactly as exciting as it sounds.

The Elder Scrolls: Blades is a simple case of a mediocre game on mobile just not holding up on an actual console. Concessions made for mobile play just don’t make sense here. Not to mention when blown up to a TV or even the modest size of the Switch’s screen, Blades is pretty ugly. It's a downright joke when compared to the actual full Elder Scrolls game already available on the platform. Unlike other Bethesda mobile offerings like Fallout Shelter, Blades is a simplification of a complex game rather than a game built with mobile limitations in mind. When you take away the reason for those limitations, you’re left with an ugly mess of a game with nothing to justify its own existence.

I have been playing it. Yes, it is nowhere near as good as Skyrim or Oblivion. But for a modern mobile game, I think it is pretty good.